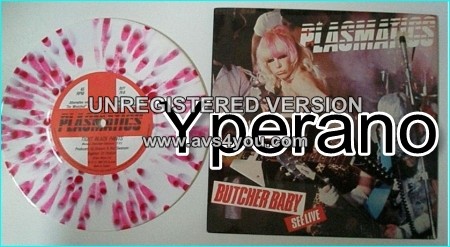 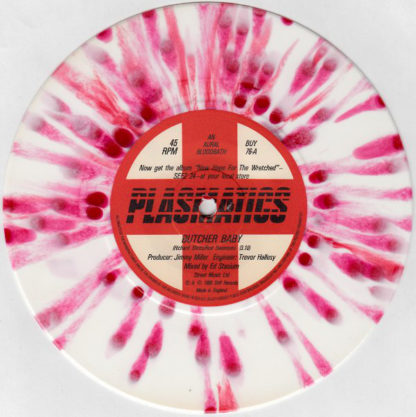 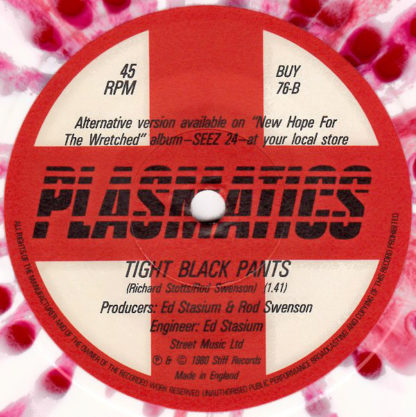 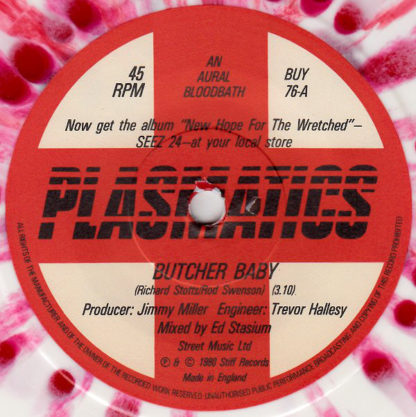 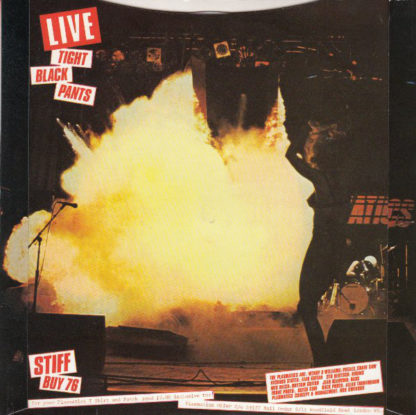 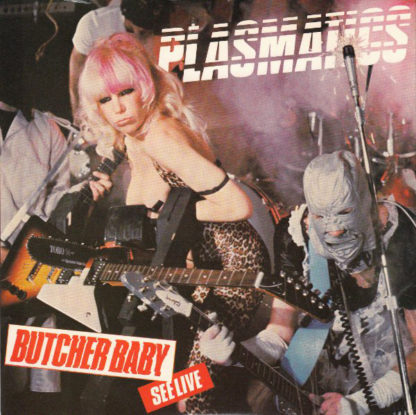 Malcolm McLaren had done it in the UK and Rod Swenson in the U.S. however obscene you might find todays casting shows, you should never forget that in a way, the casting idea had played quite a role in the early days of Punk. THE PLASMATICS basically were put together by Swenson or better yet, the band had been built around Wendy O. Williams. Or better yet: Around the body of hers. Wendys role, sexually outrageous and violent, was definitely of unseen before dimensions. Blowing up cars on stage, cutting down guitars or t.v. sets and other forms of ritual destruction of goods (a Punk Potlatch) were quite a spectacle in the late 70s / early 80s. The music is good and Wendys voice is truly unique. The combination of both Punk and Metal was there from the very start and added a lot of power.
In early April 1998, Wendy had been missing for a few days and, believe it or dont, it was Rod Swenson himself who found her in the back of her house. She had blown her brains out.

Pressed in 1980 on Stiff Records, with different cover, different version of Butcher Baby and a different b-side (one might say, it was all different,haha).

In life and death, Wendy O. believed in three basic tenets: Never Compromise, Never Surrender, and (most importantly), Posers Get Lost. The Plasmatics, her crazed punk-metal shock rock wrecking ball, was the supersonic distillation of her Nietzsche-like belief system, and they blazed a trail of chaos and mayhem through the 70’s and 80’s that nobody could touch. Not Alice Cooper, not the Sex Pistols, nobody. Somebody had to be the wildest rocker of ‘em all, and that somebody was Wendy O. Williams.

Wendy Orleans Williams was born in Rochester, NY. She grew up on a farm, and ran away from home at age 16. In the early 70’s, she wound up in Europe, where she started a career as a stripper. She moved back to Noo Yawk and met up with filth hound Rod Swenson, who first employed her as a dancer, nude model, and one-time porn star – she had a memorable bit part in Candy Goes to Hollywood (1979) – before ol’ Rod had the brilliant idea of setting this powderkeg to blow live, on stage, with a full-fledged rock n’ roll band. And so, the Plasmatics were born.

“We’re about violence and destruction, destroying objects and material possessions of our greedy society”, Wendy said back in ’79, and she meant it, man. Early Plasmatics gigs featured exploding televisions, hangings, blood, tits, electrocutions, and searing, rip-roaring punk rock’n’roll. They were signed to Stiff, released the seminal New Hope for the Wretched in 1980, and then started doing stuff like blowing up cars on TV. There were obscenity busts, there was filth and fury, there was magic and madness. Wendy had an insatiable need for speed and excitement, which manifested itself in rock n’ roll-as-shock-performance-art. Fire, destruction, explosives, public nudity, she did it all, baby.The Plasmatics were formed by Yale University graduate and radical anti-artist Rod Swenson with Wendy O. Williams. The band was a controversial group known for wild live shows that broke countless taboos as part of an assault on American popular culture.
In addition to chainsawing guitars, blowing up speaker cabinets and sledgehammering television sets, Williams and the Plasmatics blew up automobiles live on stage. Williams was arrested multiple times and was seriously beaten in Milwaukee by the Milwaukee police before being charged with public indecency. The group was banned in London, where they were labeled as anarchists, and riots followed in Zürich and elsewhere.
The Plasmatics’ career spanned five studio albums.The core of the band consisted of vocalist/front person Wendy O. Williams, guitarists Richie Stotts and Wes Beech, and manager Rod Swenson. Bassists and drummers rotated frequently over the years
In 1988, it was officially announced that Wendy and the Plasmatics were “going on hiatus.” Rod later told Classic Rock magazine that they both knew they had stopped.
Wendys last performance of a Plasmatics song occurred due to the prompting of Joey Ramone. She performed “Masterplan” one final time with Richie Stotts, when Richies band opened for the Ramones on New Years Eve, 1988.

She went solo in 1984, releasing the Gene Simmons-produced WOW, which is a spectacular record. She followed that with the monstrous, live-without-a-net Kommander of Kaos and also starred in the camp classic women-in-prison flick Reform School Girls.
She essentially retired from rock’n’roll in the early 90s and moved to Connecticut, devoting most of her time to animal advocacy. In 1993, she attempted suicide for the first time by hammering a knife into her own chest, which is, I mean, that is the most Wendy O. way to go possible. She was discovered and rescued by Rod Swenson, but for Wendy, the die was already cast. On Monday, April 6th, 1998, Wendy O., the Metal Priestess, the Queen of Shock Rock, the Kommander of Kaos, the baddest rock’n’roll motherfucker who ever lived, took a walk into the woods near her home. She sat on a rock and fed some squirrels, then she took a pistol and shot herself in the head.  In a press release on April 7th, Swenson wrote that Wendy had been talking about suicide for nearly four years, because she “felt, in effect, she’d peaked, and didn’t care to live in a world in which she was uncomfortable, and below peak any longer.”
Wendy did it her way, right until the end. She even decided when the end was going to happen. What a bad-ass. 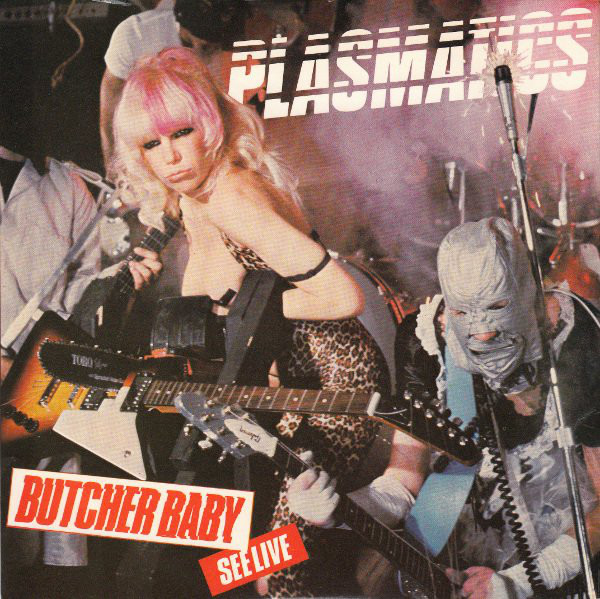 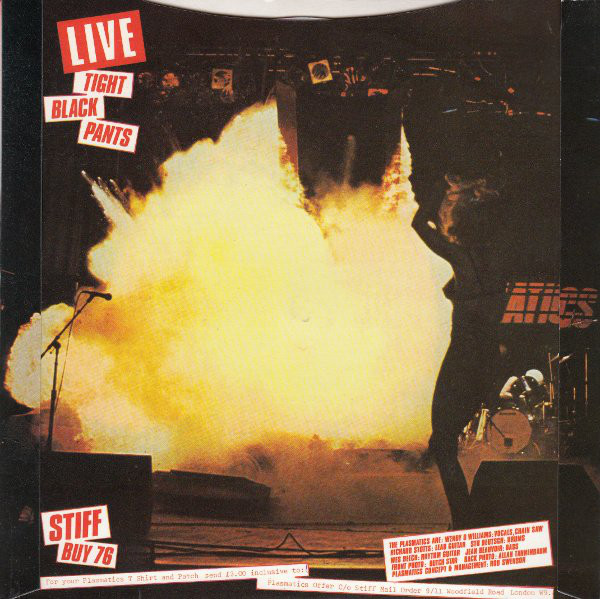 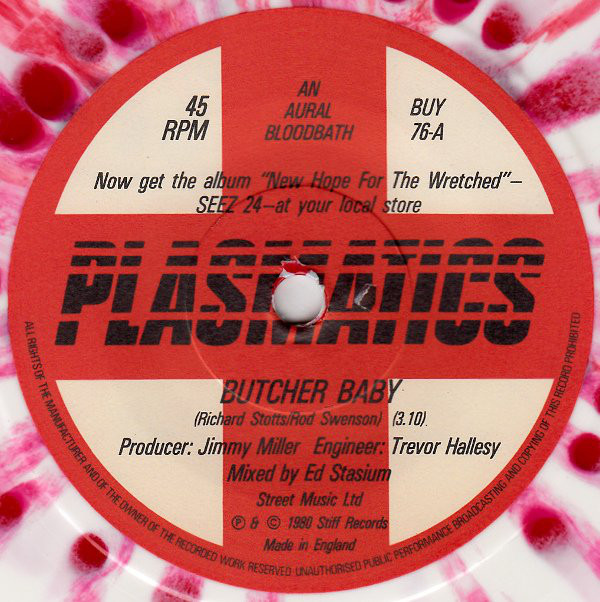 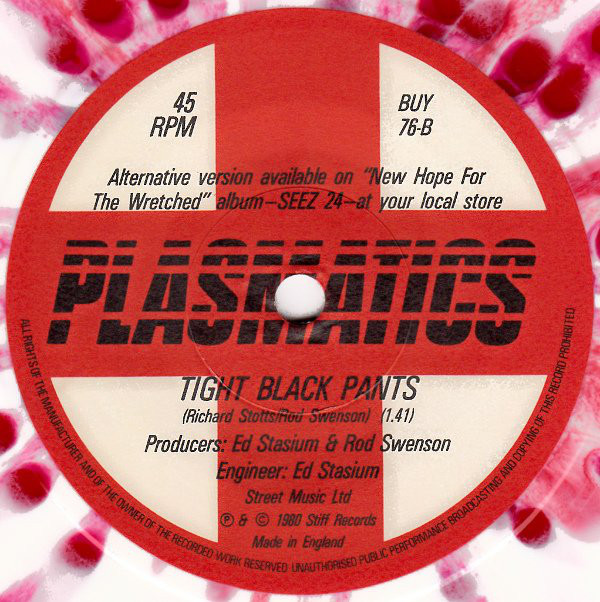 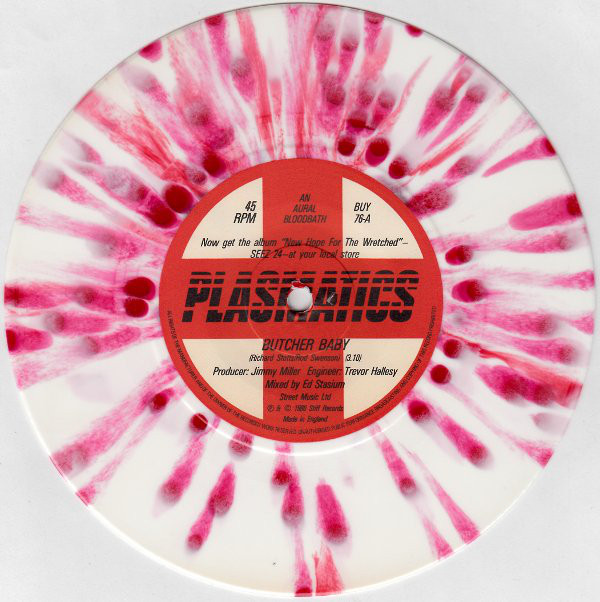 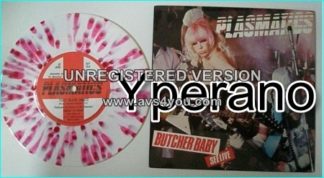