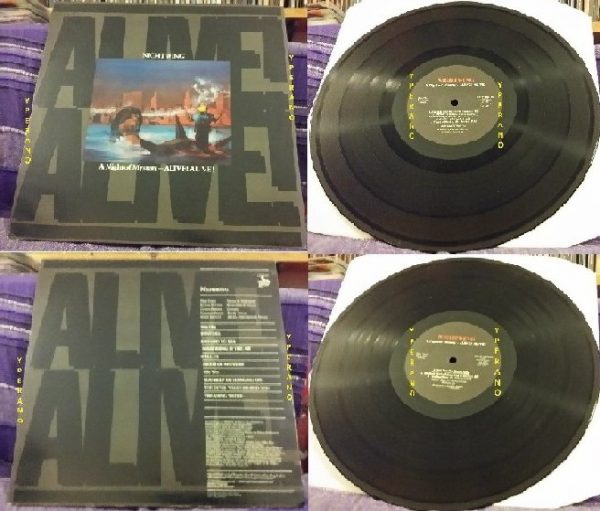 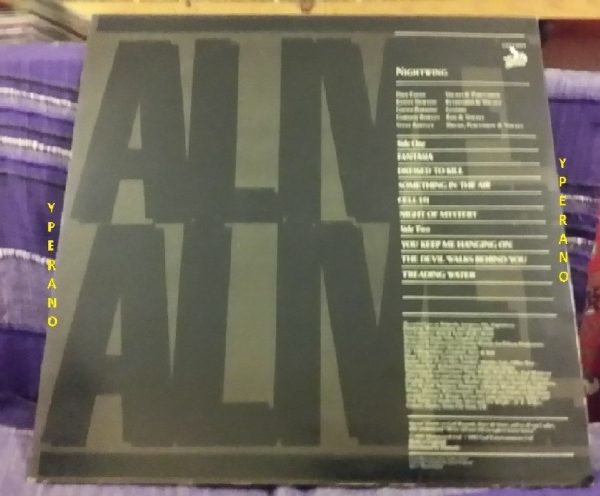 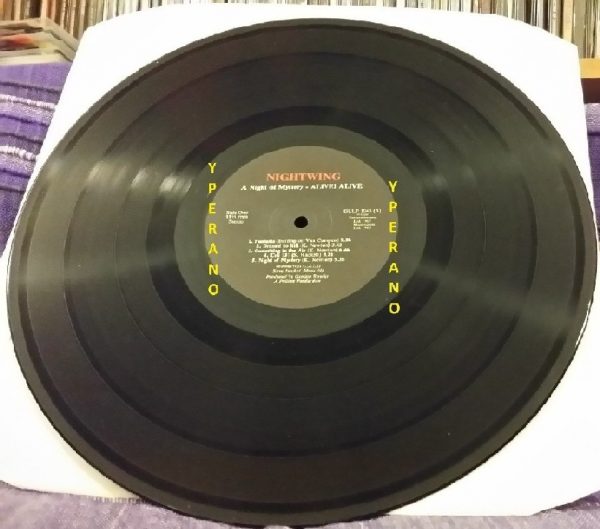 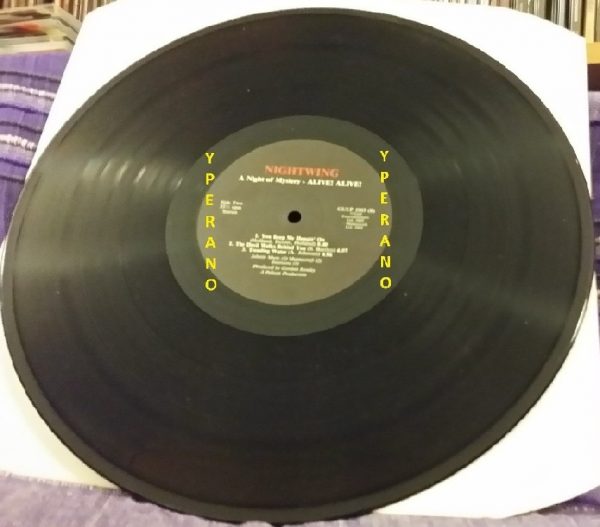 B1 You Keep Me Hanging On 7:47[“You Keep Me Hangin’ On” 1966 song written by Holland / Dozier/ Holland and originally recorded by The Supremes for the Motown label]
B2 The Devils Walks Behind You 4:10
B3 Treading Water 5:17

Check all samples at: http://payplay.fm/r57727-nightwing-a-night-of-mystery-alive-alive-vinyl
Put mouse / cursor over the title you want and listen to the song by pressing the button that will appear on the left of the song title.

NWOBHM band Nightwings 1985 live album “A Night of Mystery: Alive! Alive!” has a sound that is closer to AOR / Melodic Hard Rock than heavy metal (they had more in common with Asia than Iron Maiden).
Nightwing, which featured future GTR vocalist Max Bacon, was one of the more overlooked bands of the British hard rock scene in the early 1980s. This short (only 8 songs) live album highlights the best songs of the bands catalogue, plus a cover of You Keep Me Hanging On.
The Zoom Club CD reissue doesn’t add any bonus tracks, so clearly the LP is the better or the only real option!
Well worth checking out if you’re a fan of Nightwing or other Max Bacon bands GTR and Bronz.

Gordon Rowley, bass player extordinary and contender for the ugliest man in rock (NME review of Reading Festival performance), lead this fine 80’s rock band. The album was recorded in venues throughout the Eastern block. The sound quality is very good,  and the playing is certainly impressive. Nightwing had some great songs – “Something in the air”,”Dressed to kill”, and the title track “Night of mystery” are,(in my opinion) performed better live than in the studio. “You keep me hanging on”, the Vanilla Fudge classic, is also given the full treatment – complete with probably the best strangled vocals ever recorded, courtesy of the aforesaid Mr. Rowley (during an instrumental break). A very good album – and a very good introduction to this critically acclaimed band.
Great live album,can feel the energy,straight ahead rock and Gordon’s vocal will cure your STRIFE!
Tweet