White Trash, Two Heebs and a Bean is the fourth album by NOFX, released on November 5, 1992. It is the first album since El Hefe joined the band in 1991.
The 1994 movie The Chase features several tracks from this album. “”Please Play This Song on the Radio”” plays during the end credits.
All songs were written by Fat Mike, except “”Straight Edge””, originally by Minor Threat. “”Straight Edge”” was NOFX first experiment with jazz.

Music videos were made for the songs, ickin’ in My Eye’ and, ‘Bob’.

NOFX preceded the 1990s explosion of bubble-gum pop-punk by nearly a decade (they formed in ’83). But with the addition of guitarist Aaron Abeyta (who goes by the moniker El Hefe),the band emerged near the top of the heap, churning out consistently fun, well-constructed rock with plenty of punch. 1992 WHITE TRASH, TWO HEEBS AND A BEAN marks the Abeyta incarnation of NOFX, and is one of the band better efforts, overflowing with catchy hooks, air-tight playing, and satiric, silly humor.
The music favours jackhammer bass and drums, searing guitar leads, and crunchy power chords over sneering but melodic vocals. But NOFX distances itself from most punk acts with light, tongue-in-cheek attitude. Playful stylistic mix-ups, like the jazzy, faux-lounge treatment of Minor Threat “”Straight Edge””, or the ska-flavoured “”Johnny Appleseed”” (sung in a goofy accent by El Hefe), are paramount. “”Please Play This Song on the Radio””, the album single, isa self-referential plea for commercial acceptance, complete with shameless pop hooks and “”oos”” and “”ahs””, but the song subverts itself with a string of non-radio-friendly obscenities at the end. Such playful undermining is true to form forNOFX, and is one of the things that make their music enjoyable.
Tags Customers Associate with This Product (What this?)
Click on a tag to find related items, discussions, and people

5.0 out of 5 stars Terrific album!,
This is an absolutely superb album, packed with the kind of catchy and witty songs that aficionados of the American Hardcore scene have come to expect from this band. If you’re into energetic guitar music and like to sing along, this is an essential purchase. “”Please Play This Song On The Radio”” says all that needs to be said about current chart acts, but in a song that none of them could ever hope to write, let alone carry off. If you’re a fan of Bad Religion or early Offspring, you’ll know all about this band. If you’re not, you should give them a go – there’ll almost certainly be several songs you like and a couple you absolutely love.

5.0 out of 5 stars SKATE-PUNK AT ITS FINEST
this record is made up of the greatest nofx songs to date and I recommend it 2 any 1 from (blink182-greenday-rancid fans)put it this way if you like punk/skatepunk/poppunk/skapunk then you will love this record.” 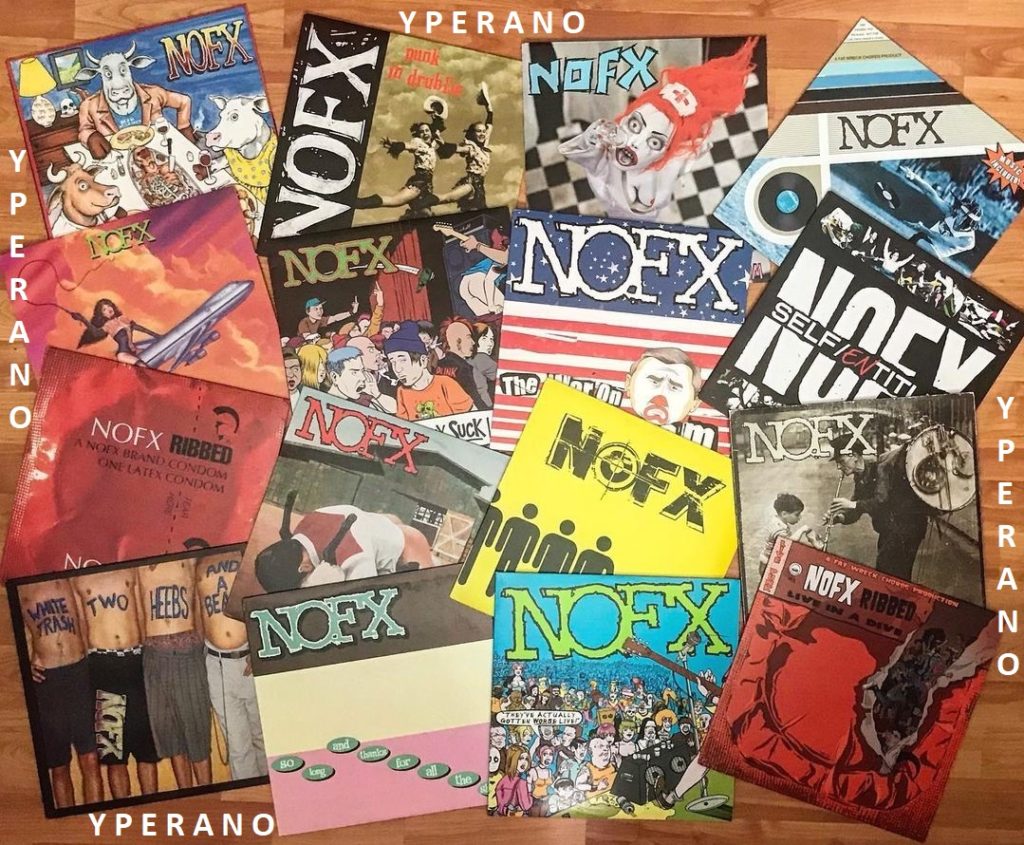