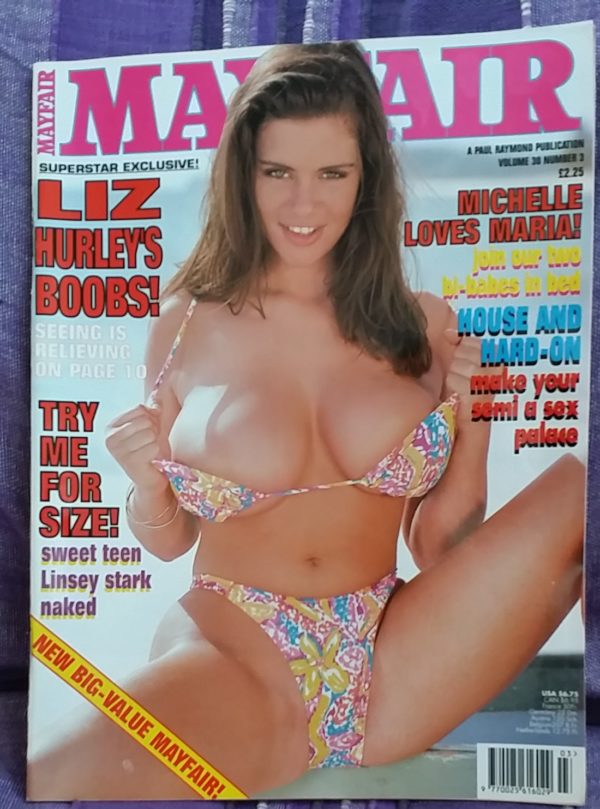 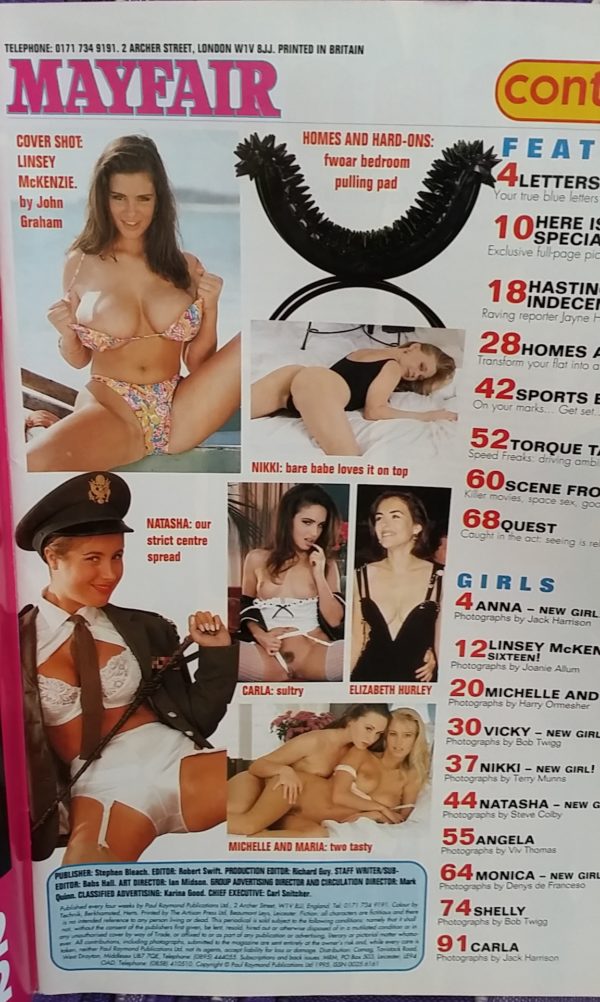 (Linsey Dawn McKenzie is an English glamour model, pornographic performer, and television personality who made her topless modelling debut in the Sunday Sport tabloid newspaper on her 16th birthday in 1994). 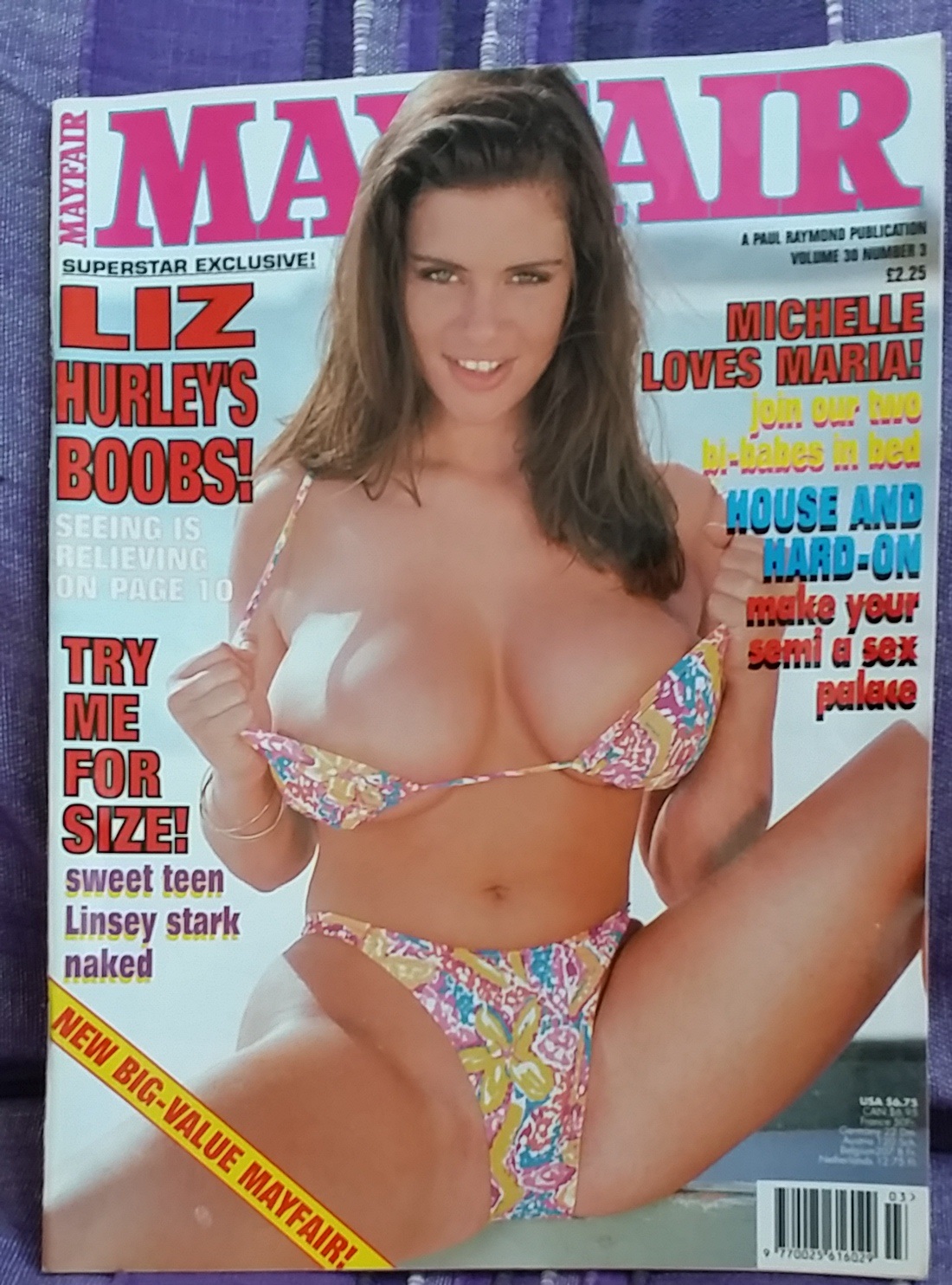 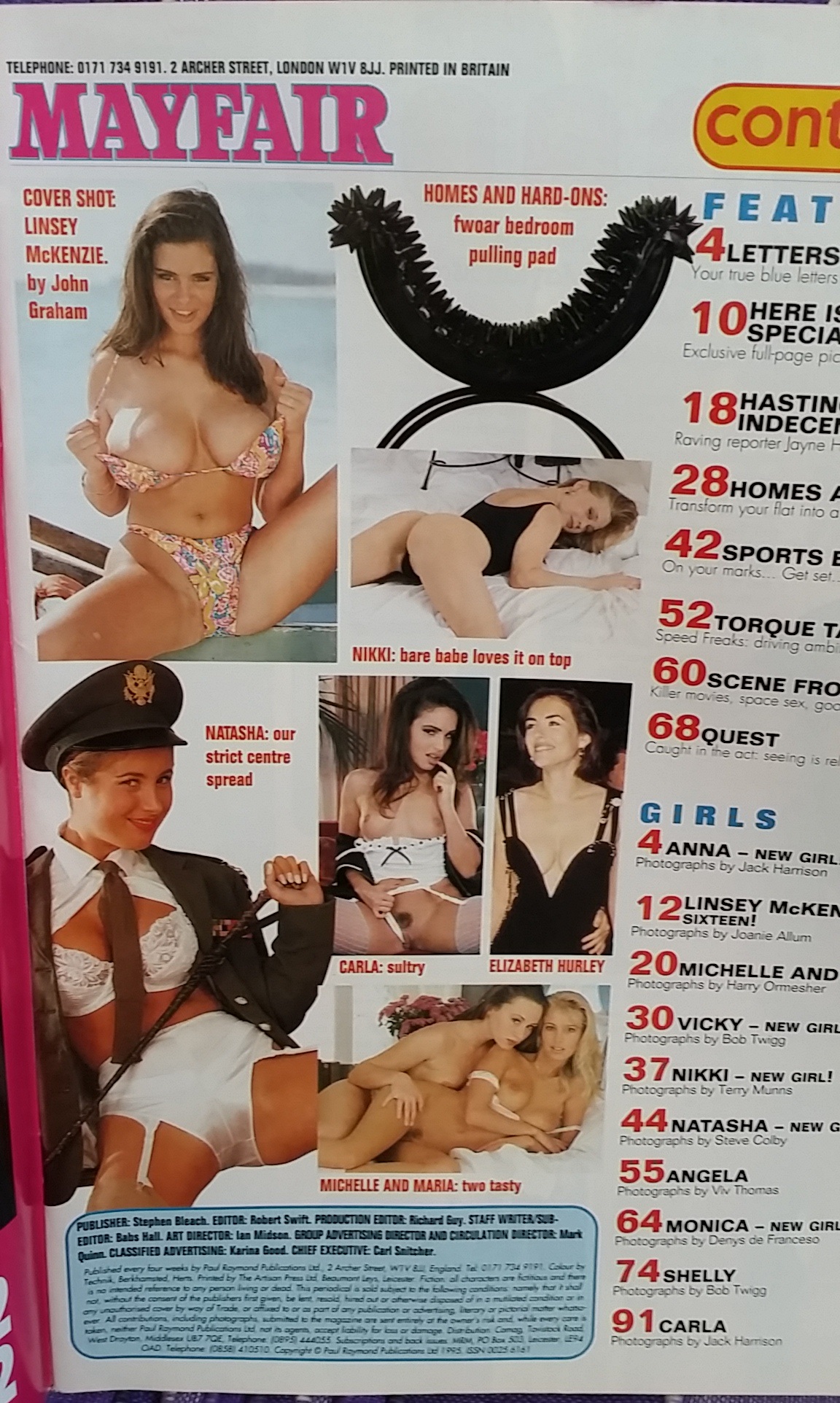 not for sale to minors. You must be over 18 y.o to order this magazine.

Mayfair is a British adult magazine for men. Founded in 1966, it was designed as a response to US magazines such as Playboy and Penthouse, which had recently launched in the UK. For many years, it claimed the largest distribution of any men’s magazine in the UK. It is a softcore magazine, and thus is available in newsagents, although some larger retailers require a modesty bag to hide the cover.