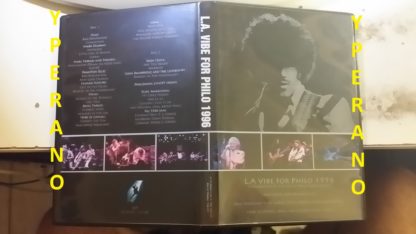 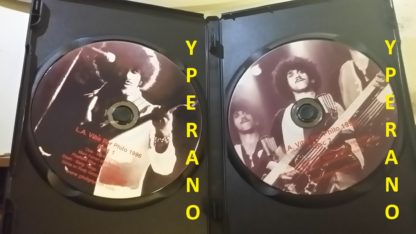 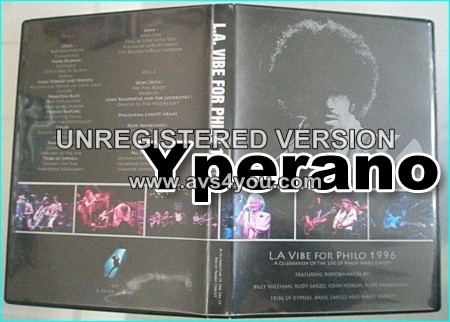 ULTRA RARE and nearly impossible to find these days Double DVD that documents this live event.
It was sold in extremely limited quantities on the Philo events and sold very fast, making it a collectors item.
Those discs are glorified DVD-Rs, but properly printed (both the inserts and the two discs)

On 20 August 1996, Rude Awakening bassist Robert Ryder held “”A Celebration of the Life of Philip Lynott”” at the Palace in Hollywood, California at the request of Lynott’s mother, Philomena, to commemorate both Phil Lynott’s birthday and the tenth year of his passing. Philomena Lynott, her partner Dennis Keeley, and Smiley Bolger (Ireland’s Vibe For Philo promoter) were flown to Los Angeles by Ryder to make a personal appearance at the show. It featured concert performances by Rude Awakening, Billy Sheehan, Rudy Sarzo, John Norum, Carmine Appice, Phantom Blue, Soma, producer Roy Z and his band the Tribe of Gypsies, Mark Ferrari, Oslo, Bang Tango, Stash, Iron Cross and Ireland’s own Mark Dignam.

– Bang Tango with Cowboy Song and Whiskey in the Jar
– Soma who plays “The rocker” with the fantastic bass playing of Mister Billy Sheehan (Mr. Big)
– John BAINBRIDGE & the Lovebombs with ‘Dancing in the moonlight’
– Rude Awakening
– and finally a jam with John Norum: Jailbreak with Carmine Appice
– Not to mention a moving statement of Mrs. Philomena Lynott