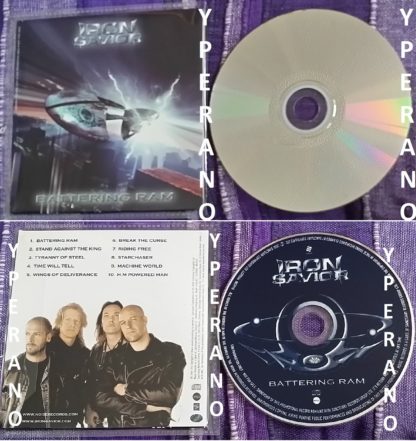 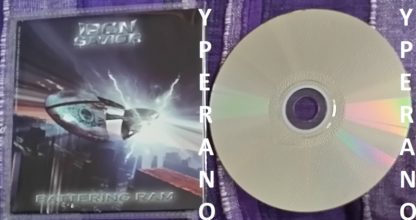 All songs written and composed by Piet Sielck, except where noted.

The album was released to generally favorable reviews, with reviewers citing the band for remaining faithful to the genre of Power Metal.
“Everything on this CD sounds like it could have been recorded 20 or 25 years earlier, which is just as well, because Saviors members are undeniably good at what they do. No one will accuse Savior of being the most groundbreaking band in the world, but in terms of quality and craftsmanship, they deliver the goods — and what they lack in originality, they more than make up for with passion and conviction.”

5.0 out of 5 stars Yield To The Battering Ram Of The Iron Savior,
This CD starts off with a bang that instantly gets you into the groove of the music. While Iron Savior has been around for a few albums already I have not had any exposure to them so I was not certain what to expect from them with this release. However, loading “Battering Ram” into the CD player did not give me any disappointment. One thing that stands out on this CD in particular is that it is a definite homage to the early power metal that came before it. Heavy tracks with excellent guitars and drums and vocal lines that make you raise your voices and fists into the air. There are also a wide variety of styles going through the piece, not all numbers are fast. One or two of them have a Judas Priest feel while others could be a Motley Crue track if done by those bands. Not bad comparisons.

Standout tracks for me are definitely the first three numbers on the CD. The lineup for this release is Piet Sielck (guitar, lead vocals), Yenz Leonhardt (bass & backing vocals), Joachim “Piesel” Küstner (guitars & backing vocals), Thomas Nack (drums & percussion). The vocals don’t lose a step throughout the whole piece and the backups prompt you to sing along. The guitar work is clean and enjoyable. Not over the top with lead riffs, only where they are best suited. The drumming is steady and rumbles throughout. A nice clean production overall.

I mentioned earlier how I was not educated in the back catalog. This does not change the high number I have given this CD. It is good enough for the new listener and a must have for the die hard fan. This is also a great piece for someone who is looking for a solid piece of metal to enjoy. Noise records has been doing some good for the forces of metal and this is another good one. Check it out.

5.0 out of 5 stars Metalic Masters of Power Metal
Contrary to what many have said this CD more than lives up to Iron Saviors previous works, in fact I would say Battering Ram displays how they have matured. If I were to rate individual songs I would award them point thusly:
1.) Battering Ram 8.5/10 A nice opening track, that pulls you in.
2.) Stand Against the King 9/10 Great track about, well quite obviously overthrowing a tyrannical king.
3.) Tyranny of Steel 8/10 This song reminds me of the Matrix in that Humans have become enslaved by Machines
4.) Time Will Tell 10/10 A great fast song that demonstrates their skill.
5.) Wings of Deliverance 9/10 A slower song, that is nonetheless great.
6.) Break the Curse 7/10 This is Probably my least favorite song on the CD, though it has some nice solo work.
7.) Riding Free 10/10 My favorite song on the album, its a very fast song about breaking free from this world of terror and violence.
8.) Starchaser 9.5/10 This is another great song typical to Iron Savior.
9.) Machine World 8/10 This is song is a little darker sounding that their previous songs.
10.) H.M. Powered Man 9/10 A very nice closing track, about the singer/guitarists destiny to play Metal.

Overall this is a great album, one of their best in my opinion, and displays their immense skill at writing power metal songs.

Be the first to review “IRON SAVIOR: Battering Ram CD PROMO only. Rare. Different artwork. If you are a H.M. Powered Man!” Cancel reply 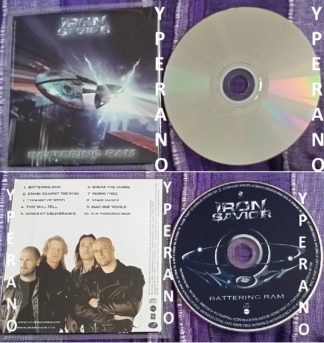 You're viewing: IRON SAVIOR: Battering Ram CD PROMO only. Rare. Different artwork. If you are a H.M. Powered Man! € 11.96
Add to basket