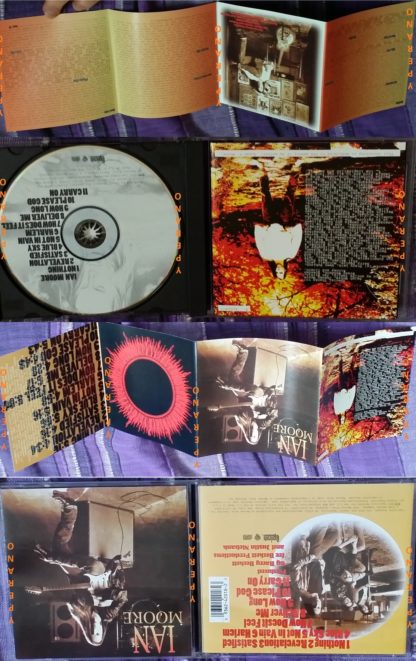 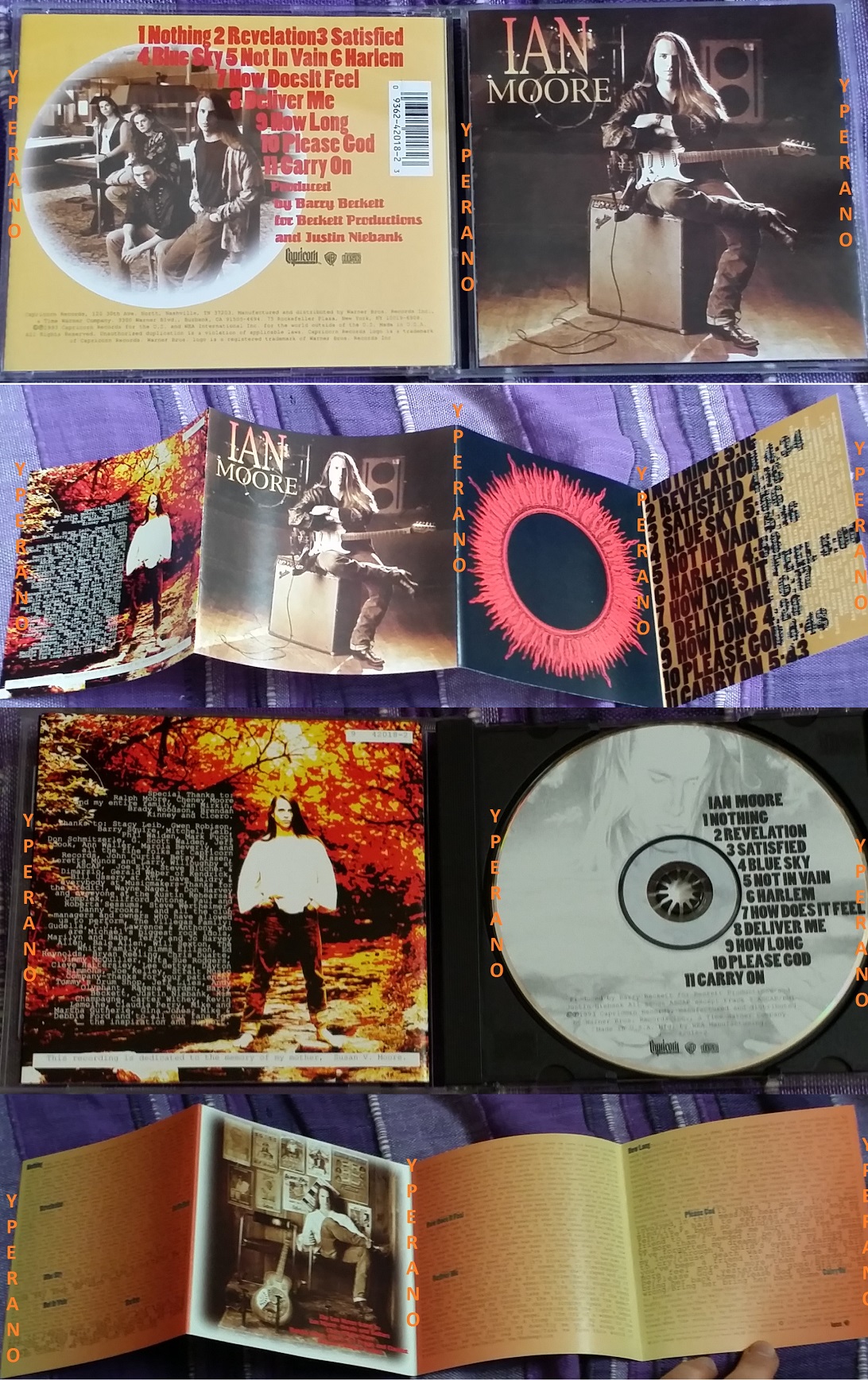 Ian Moore is the eponymous debut album by Ian Moore and was released in 1993. Steeped in blues, R&B, and soul, Texan guitarist Moore smoulders and sears in equal measure.

classic singer/songwriter cut from the cloth of the Austin scene. Beautiful storyteller no matter what style his muse tells him to set the song to
Ian Moore – Vocals and Guitars
Chris White – Bass
Bukka Allen – Piano, Organ and Clavinet
Michael Villegas – Drums

5.0 out of 5 stars His Best,
If you’re a fan of the Next Generation of guitar blues, al la Kenny Wayne Shepherd, Chris Duarte, Anthony Gomes, Doyle Bramhall II, Corey Stevens, etc. this is one of the best albums. This is where Ian Moore started, rooted deep in the blues with a lot of rock flare. Moore can play well, but add in his singing and hes definitely a complete musician.
There are a lot of great songs on this album. From the wah-laden rhythms to blazing solos this album has it all. Moore has a good sense of phrasing, and uses his notes to speak his thoughts. Although he can shred at times, his solos are more about quality than quantity. The solo during “How Does It Feel” is a good example. The song is loud and distorted, yet he resorts to steep bends and long vibratos saving the fast finger work until the outro solo, and then he shows his speed only briefly. “Deliver Me” is a great call and response between his voice and guitar with a good rhythm, a beautiful chorus and a pretty killer solo. Other great tunes on this album are “Blue Sky”, “Satisfied”, and “Carry On.”

Another plus for Moore is the fact that he surrounds himself with good musicians as well. Bukka Allen on keys and organ does an incredible job. He knows what hes doing while backing Moore’s vocals on “Deliver Me”, which also includes a great solo from him as well. On “How Long” he pulls the rhythm accompanying Moore’s guitar providing depth to the song. Add in Michael Villegas keeping time and Chris White on the bass and you have a very strong band.

This is definitely a keeper, and anyone who loves rockin’ guitar blues will enjoy this album.

5.0 out of 5 stars A great and inspiring musical experience,
This is by far his best CD in My opinion. I saw another review compare him to J Lang and J Bonjovi, but this is really coming from a different place. Not only is it coming from a different place, but it goes to quite a few more places. This is not pop, straight up blues, flat out rock or any one thing. Its just very inspired and inspiring music that is great to sit down and experience. There are many influences that include Rock, Texas Blues, Country and Gospel and from song to song, the order of influence changes front to back. Ian Moore has proven himself to be very diverse on following CDs, but I think he really found the music he was meant to make on this first CD. This was the path I hoped he’d follow. Great.

5.0 out of 5 stars Great Austin Music,
I love Ian. We used to go listen to him play out in Austin, Texas. Great CD!

5.0 out of 5 stars there are no words as to how wonderful ian is,
i was first introduced to Ian’s music about 4 years ago and I became absolutely hooked. The first song I ever hear of his was “nothing” off his self-titled CD. The rest of the songs that followed were even better. I actually went to a show of his last night and am listening to a CD from another show that I went to back in 2004. He never fails to impress me. my pen name “obsidian-stone” is actually from one of his songs, Cinnamon
“…So your body is blushing
Like blood from a rose.
And its zipless,
And its perfect
Like obsidian stone.
From the flesh of the old skin,
To the secrets within,
Here within…”
I urge everyone to check out a live show becuase he talks between numbers and is entertaining without meaning to be. He doesn’t need to try. all he needs is his guitar and his voice. his talent does the rest.

5.0 out of 5 stars We need MOORE like this,
Ian Moore’s selt titled debut, overall, is his best output, and judging by his new found musical style, will remain so. I couldn’t honestly understand all the hoo-haa about the SRV guitar similarities. When we are talking about SRV Clones, we are talking about Sunset Heights and Indigenous etc. On this debut, there is not one bit of evidence about ripping off SRV. None of the songs are straight out Blues Songs. They are in fact a mixture of Rock and Soul. Ian has now gone on the trek of leaving behind his guitar hero status and concentrating on his fine song-writing talent and his gifted soulful voice. No weak tracks on this CD at all which cannot be said about any other Ian Moore CD. Ian’s Vocalist heroes all stem round the golden era of RnB with Stevie Wonder, Marvin Gaye etc to the fore. You can really feel his emotions when he sings, and this can’t really be said about SRV in the same way. I saw Ian at the small prestigious London club “The Borderline” on JULY 4 1994, and it still rates as one of the best concerts I have seen in my entire life. Although I was a little bit disappointed that he didn’t include my personal fave on the CD (i.e. Revelation), as it was only a 60 min support slot to Omar and the Howlers. He in fact included 2 or 3 cover versions including “Me and my guitar” and “Spanish Castle Magic”. Ian would later appear at Wembley Arena in support to ZZ Top (Capacity approx. 15000), but the only thing Ian had in comparison to La Trio Grande is that they both hail from Texas. A better support slot would have been to Bryan Adams as an example. Ian later went on to write 2 more albums with the Original band (Modern day Folklore AND And all the Colors), and from those albums came 4 amazing tracks (Today,Coming around, Time of dying and Fickle). He would also release a Mini  Live Album (Live in Austin) with the Original LIne-up as well which includes 2 or 3 songs from the debut as well as “Me and my guitar”. I heard a rumour that Ian never made it because he was “Too Hollywood” with his pretty boy looks etc. I met Ian at the Borderline gig, and he was very Humble, calm and polite with no sign of ego or arrogance. I really do hope we get the chance again to hear Ian play some REAL Blues music, and let the world know what really could have been. Either way, I wish him all the best 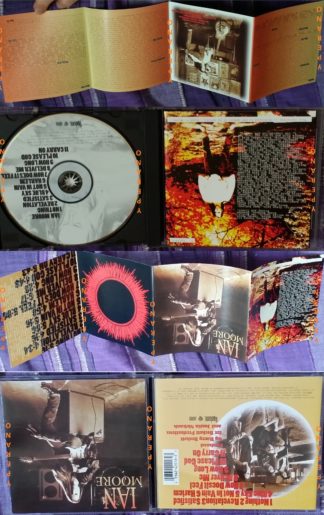