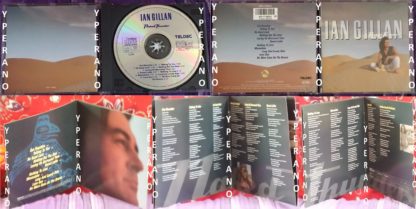 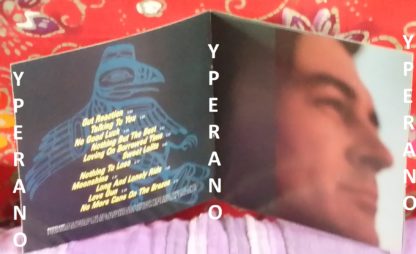 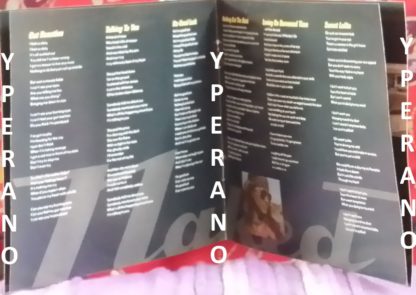 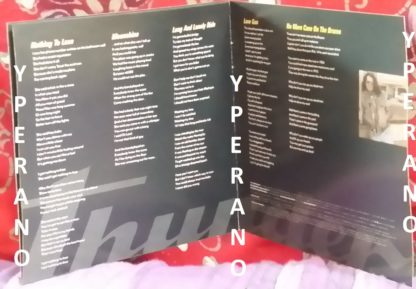 This is a ORIGINAL 1990-Germany-Teldec-records-pressing. CD is in near mint GOOD condition. Highly Recommend AOR/Melodic-Rock.

Naked Thunder is a 1990 solo album by Ian Gillan, released soon after his departure from Deep Purple in 1989. It features a varied selection of songs, with one of Gillans most passionate and impressive performances in “Loving on Borrowed Time” and “No More Cane on the Brazos”, a traditional tune. The album was produced by Leif Mases and features a number of guest musicians.

5.0 out of 5 stars Thoughts on “Naked Thunder”
The instrumentation is pretty slick and it all seems geared for FM radio. That said, closer examination (and repeated listenings) offers up a world of pleasures. This is some sophisticated rock n roll. “Talking to You” could be the happiest sounding song about ones despair at seeing a friend die. “Loving on Borrowed Time” has some real pathos. Sure, its the same old leaving a groupie behind song, but it sure is tasty. Ian really belts it out on this one and makes a convincing case for his infidelities! “No More Cane on the Brazos” is arguably Ians best solo performance. The CD is worth this song alone. I have never heard him sing so “deep”. All in all, “Naked Thunder” deserves several listenings and attention to lyrics. He may lay off the screams a bit, but not a problem at all. Very deep, indeed.
————————————————————-
5.0 out of 5 stars The best Ian Gillan / British solo album ever,
Naked Thunder is the best album of Ian Gillan and for me, its the best british solo-album ever.
Vocal: Naked Thunder shows Ian Gillans great voice in his best. amazing baritone on “No more cane on brazos”

what about songs:
Gut Reaction – if this song had been included in DPs Machine Head album, Gut Reaction would be even more popular song than Smoke On The Water. Gut Reaction is just Gillans classic, dynamic and energetic too much.

Talking To You – funky/bluesy song, with nice encore

Nothing But The Best – the title tells about song itself

Loving On Borrowed Time – the best ballad of Ian, voice in the begining a bit similiar to Bryan Adamss voice. but on the encore Gillan screams like no other. hes voice is too emotional here… it rules.

Moonshine – when I listened this song at first, I really thought Ian Gillan is the king of music speed. great rocking song.

Love Gun – one of the most dynamic songs of all time, 10 times better than Fireball.

No More Cane On Brazos – and of course, album ends geniously. IAN GILLAN HAS NEVER SOUNDED AS GREAT AS HERE. better than any DP and any IG songs. traditional folk song with North American Indian elements. song begins with heavy gong, then Gillan plays Harmonica and then you hear the voice of IG and the song ends with orchestral arrangements. this song really proves that IAN GILLAN IS THE BEST VOCALIST, HARMONICA/CONGAS PLAYER, MUSICIAN AND SONGWRITER OF ALL TIME, IN WORLDs ROCK MUSIC!!!

Naked Thunder is a MUST HAVE album for ANY music lovers, of any genre!
————————————————————-
5.0 out of 5 stars Mellow and heavy?,
No two albums recorded by Ian GIllan are alike: he swings from funky jazz (listen to Scarabus,Accidentally on purpose) to heavy pitches (any work with Deep Purple, also Mr.Universe, Toolbox). This album represents a more mellow side of Gillan.
The story is that in 1989 after long and unpleasant issues with his bandmates of Deep Purple, Gillan calls it quits and gets back to his solo career. Uniting with a guitarist Steve Morse (don’t confuse with Steve Morris, who later joined Deep Purple), Gillan delivers another masterpiece. This time its not as heavy as his records in 80s… But I guess this is why fans adore him much.

Naked Thunder is not a conceptual album. You won’t hear his easily recognizable high-pitched screams. But if you like nice tunes, then you’ll definitely enjoy Naked Thunder.

Gut Reaction, the starting track, which became the opening song on his live concerts in 90s. Very powerful rhythm. Talking to you is more funky and reminds more of his works on “Scarabus” and “Clear air turbulence”. No Good Luck – the biggest hit single of the album that instantly climbed the charts. Very catchy melody. Nothing but the best – perfect song to dance to. Loving on borrowed times – a sweet and mellow love song. SWeet Lolita and Nothing to Lose – pure funk rock Moonshine – wowwww!!!! Not exactly sure what it is, but probably the most unusual and interesting track. Maybe retro? Long and lonely ride – excellent song, again very catchy. Tune you’d hum in your head long after. Love Gun – finally a heavy track! Not exactly as heavy as he could get, but definitely the heaviest on the record. Hes back to be the screaming machine as we know him And, No More Cane on the brazos – a negro slave song with Gillan’s trademark harmonica sounds. 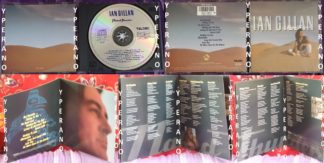