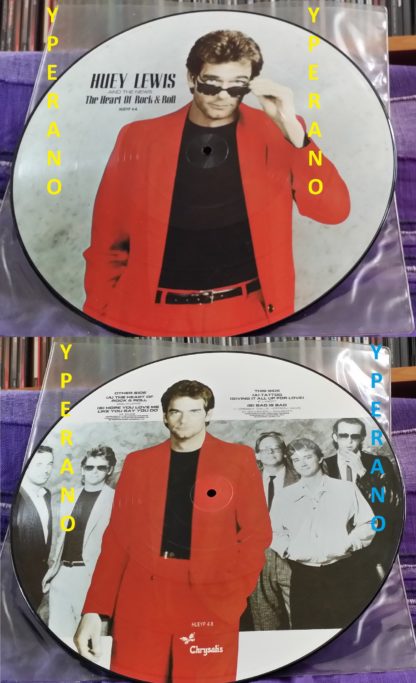 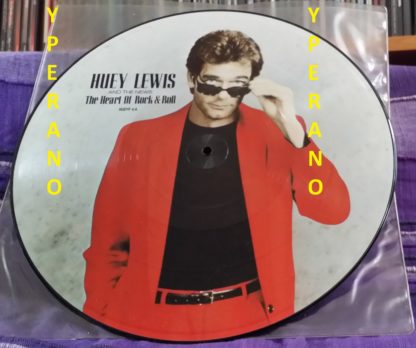 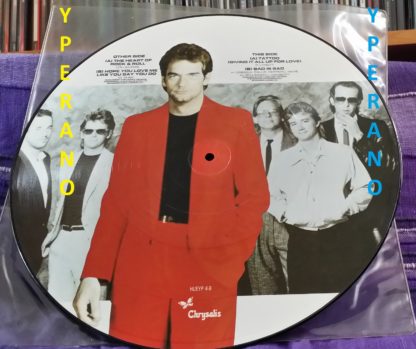 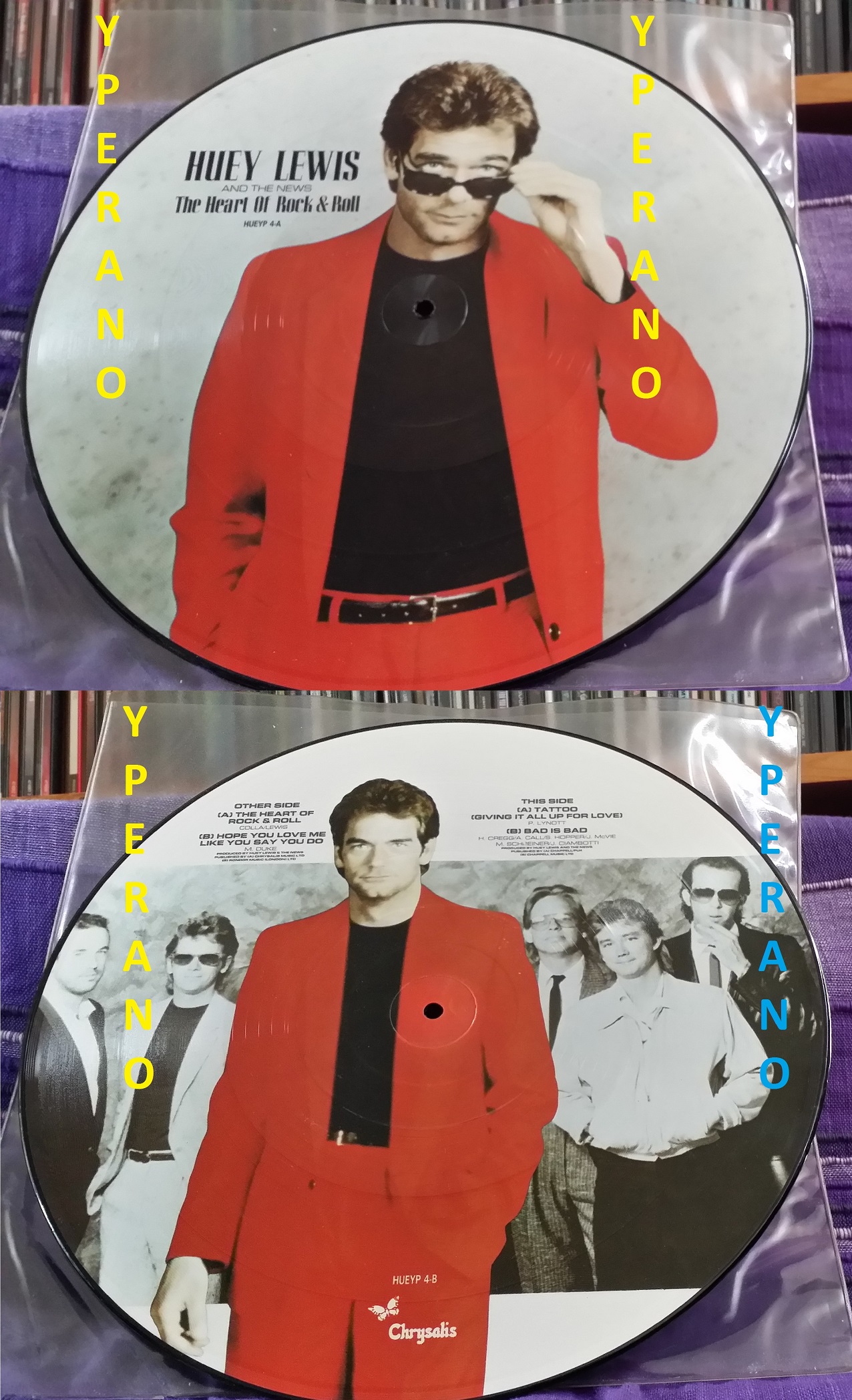 “The Heart of Rock & Roll” is a song performed by Huey Lewis and the News, released as the third single from their album Sports in 1984. The single peaked at number six on the U.S. Billboard Hot 100.

History:
The song was written by band members Johnny Colla and Huey Lewis. The lyrics sung as “The heart of rock and roll is still beating” were originally going to be “The heart of rock and roll is in Cleveland,” in honor of a great concert the band had played in the city. The intro to the song is a piano being played backwards. The B-side to the single is a live version of “Workin’ for a Livin'”.
Different versions of the single were sent to different radio markets, with Lewis ad libbing the names of nearby towns after his stock ad libs of “Cleveland! Detroit!”

Reception:
Reception for the song is mixed. Stephen Thomas Erlewine of Allmusic calls it one of the songs on the album that has “memorable hooks, driven home with economical precision by a tight bar band, who are given just enough polish to make them sound like superstars.” Christopher Connelly of Rolling Stone believed that “a fancy-pants sax solo and some moronic lyrics sabotage the spirited “Heart of Rock & Roll” (its still kicking, says Huey), which should have ended a minute and a half earlier.”
In April 2009, Blender magazine listed it sixth on its list of the “50 Worst Songs Ever”.

Music video:
The music video was a complicated video to produce, according to director Edd Griles. “The complications occurred when we filmed in New York for 13 hours straight on the Brooklyn Bridge and then later in Times Square. In Brooklyn, we had the camera in the helicopter, but the ‘copter couldn’t get in close enough and the bridge was windy, so the shot took a long time. In Times Square, it was only 21 degrees out and the band was dressed in either short sleeves or light jackets. As you know, filming takes time, lots of it, so Huey and the band were out there freezing their toes off in between takes,” the director recalled. Also, Lewis’ wife was expecting a baby, which caused delays and problems. 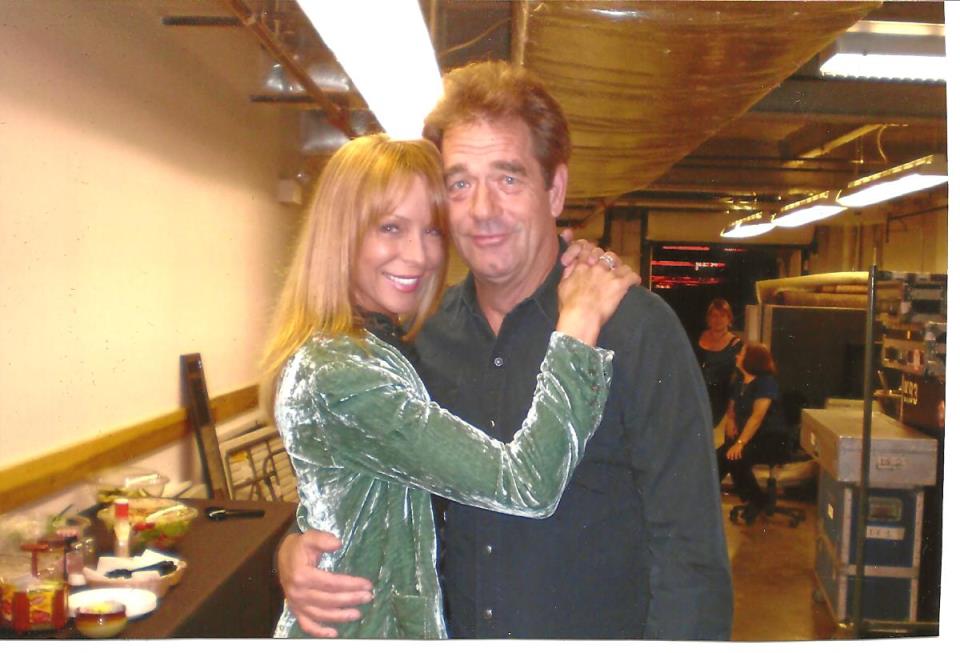 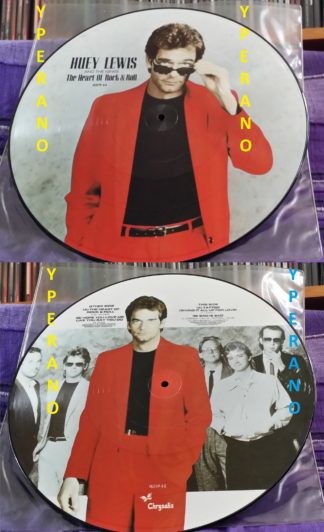