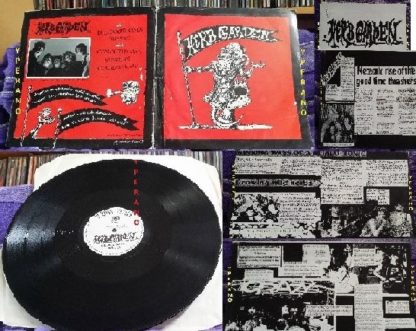 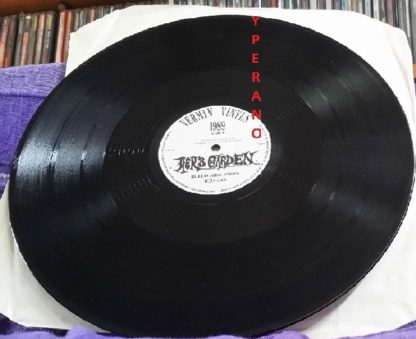 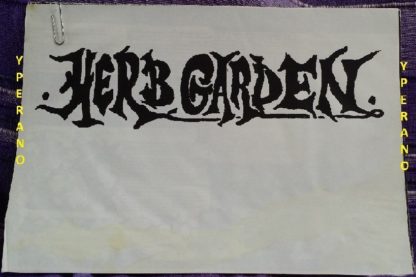 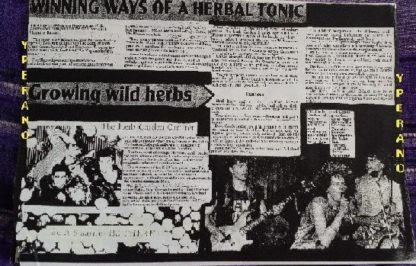 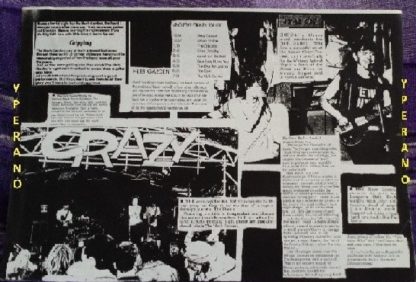 B1 Convicted Man
B2 Sunburn
B3 Ice Cream Man [Live]

or
https://itunes.apple.com/gb/album/bulldozer-jones/id380990771 [To preview a song, mouse over the title and click Play]

Herb Garden rose to some sort of recognition in the late 1980s and early 90s as a psych-thrash, absurdist funky-punk outfit. They welded three-chord tricks to multiple sounds of the 70s before running off to the circus, raiding aunties make-up bag on the way. They were never grunge or crusty right?
Career highlights included: winning various Battle of the Bands nights to support their first release the eponymous Herb Garden ep; touting round a cassette-only release covered in green fur, called The Furry Green Cassette, which led to tours of Eire, NI, Germany, Poland, Italy, Belgium. This also coincided with the broadcast on RAW Power! of their Toasted rock & roll video show-reel and the promo for the hit single Forever!’ Released on 42 Records from Stuttgart in Germany. The video was made by Sam (of Stuff Productions), using the split-screen, mirror technique so favoured by Percy & Page in THAT film. It even got played in Poland so there you go. All this activity built to a crescendo of fun and frolics during their time under the management of Hardslug. Manager James Harding took them into battle with a major-label contract under the EastWest label (home of Mick Hucknall). The release that resulted was the mind-crunching mini-album Destructive Natural Agent. There was a parting of the ways with East West … Herb Garden then recorded their long player Vinyl LP called HMS Disaster on the legendary punk rock label Words of Warning … They returned to Eire, Belgium, Germany and undertook the ‘Battered, Shattered & Bespattered’ tour of the UK, with Stuttgarts extremely fine psych-hop rockers Sharon Tates Children (later Viva Maria!) …In 1994 Martin Stratton Joined on Conga and percussion and the Herbies sound took a marked Funk punk turn..megaphone and break beats…Out of this period was born FIVE PINTS..in 1995 Herb Garden played Ashton Court, Headlined at a Stuttgart version of Ashton Court in the grounds of Stuttgart University..ben was keeping it in the family and for the last year Becky, Bens Sister was on backing vocals..By February 1996 at a practice they called it a day.

Sounds Like:
We could say we sounded like a pre-Atlantic Zeppelin. We might choose to suggest we were a bit like XTC having a fight with Zodiac Mindwarp with clogs on. Perhaps a souped-up Gaye Bikers On Acid? Gentle Giant on smack? But that would be Madness. Anyway, my Mum thought we sounded like David Bowie! 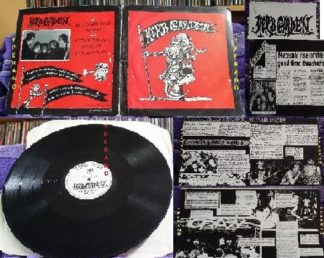