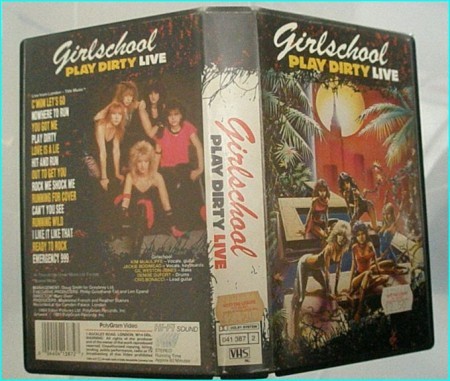 Girlschool The female equivalent to Motorhead
Play Dirty Live video includes 14 of there best tracks which are C’mon lets go, Nowhere to run, You got me, Play Dirty, Love is a lie, Hit and run, Out to get you, Rock me shock me, Running for cover, Cant you see, Running wild, I like it like that, Ready to rock and Emergency.
Recorded live at the Camden Palace Theatre in London on December 7, 1984. (Running Wild Tour)

Play Dirty Live is the first video album released by the British heavy metal band Girlschool in 1985. The release of the video was part of the marketing strategy to launch the studio album Running Wild in the US, the only country where it was published. The concert was filmed by Trillion Pictures at the Camden Palace Theatre in London on the 7th of December 1984 for the British TV show Live from London. The band, which had been recently augmented to a five-piece group, was still recording Running Wild and presents in this show five new songs from the upcoming album. The following songs have their titles wrongly indicated on the sleeve of the VHS: “Out to Get You” (Future Flash), “Ready to Rock” (Are You Ready?), “Emergency 999” (Emergency). The song “I Like It Like That” is the b-side of the “20th Century Boy” 12 inches single 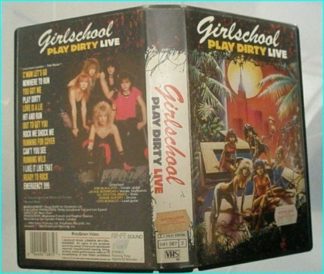