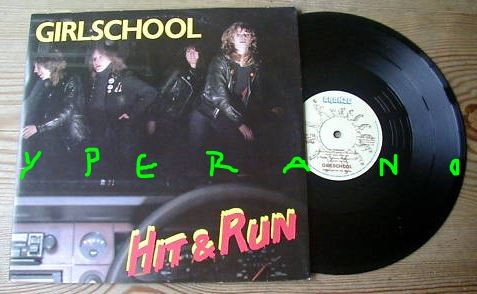 “When I first went solo I also had a song called Hit And Run. That was on my Dancin’ On The Edge album. But Girlschool had it first, even though I hadn’t heard it at the time. The way they deliver here is just so dirty, and Kelly Johnson… what a great guitarist! She can match any male ones you mention” Lita Ford

TUSH [ZZTop cover] only this 10-inch is adding the cover version of the famous ZZ Top song “Tush”. (Not included on the 7″ release)

THIS 1981 RELEASE ON LIMITED EDITION 10″ VINYL SINGLE IS HIT AND RUN FROM CLASSIC ROCKERS GIRLSCHOOL …..
SIDE A) HIT & RUN SIDE B) TONIGHT + TUSH 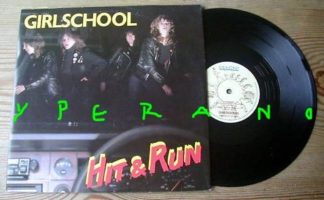