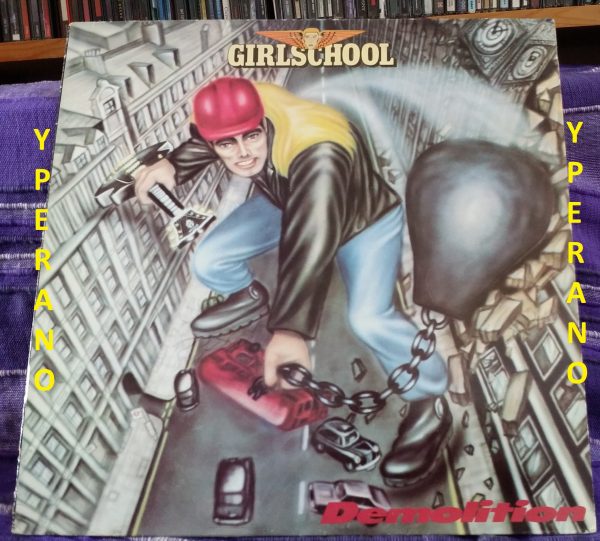 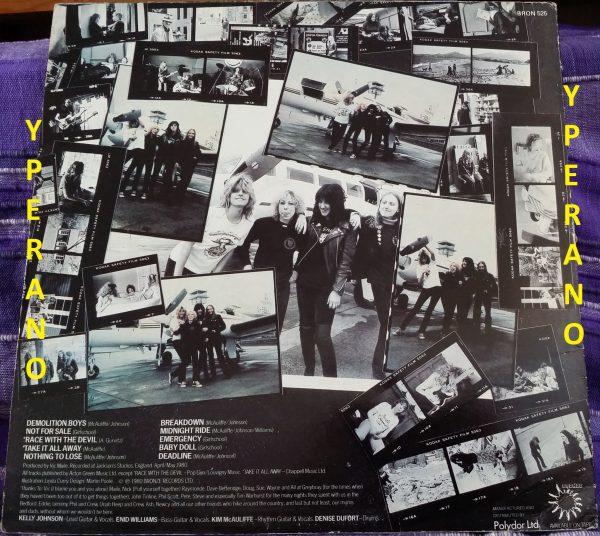 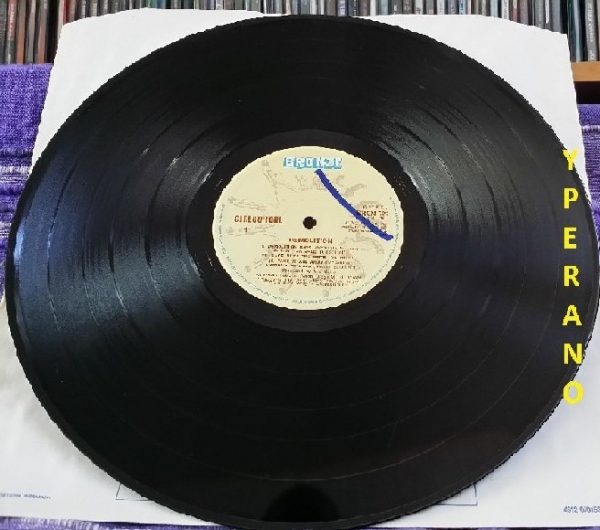 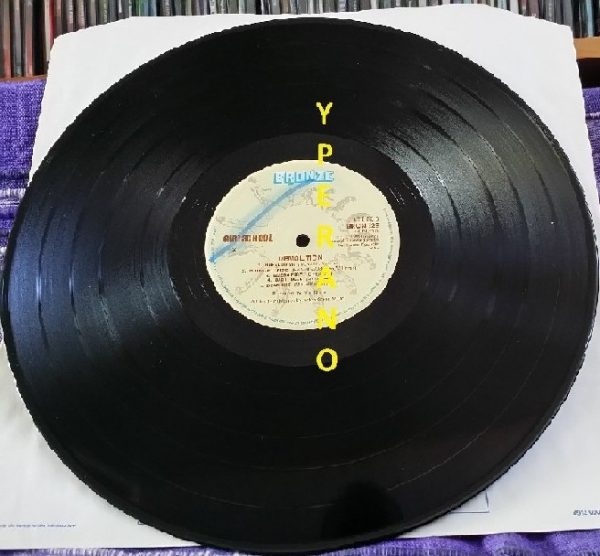 5.0 out of 5 stars Better than the boys
Any NWOBHM fan should be aware of Girlschool. In 1980/81 some of the seminal releases in the blooming heavy metal genre came out, though they were and remain to be underground albums, the music still holds up as the early stage of metal, although by todays standards the more basic hard rock and punk roots really show themselves. Whether or not directly inspired by the first ever female rock band the Runaways, Girlshcool offer a similar dose of bone crunching rock n roll. Incredible hooks, dirty guitars, that raw drum sound, and a stand alone dose of infectious energy. Demolition Boys is probably the ultimate classic here, featured in the NWOBHM ’79 Revisted compilation released in 1990 by Lars Ulrich and fellow NWOBHM guru Geoff Barton, the whole album contains plenty of key cuts like Race With The Devil, Take It All Away, Midnight Ride, the fast rocking Deadline, and the hooky hard rock anthem Breakdown.
Theres just something about the time, or era that makes rock music so much better than todays bland scene and Girlschool capture that perfectally. If you’ve never heard them before, its basically Motorhead only with chicks, with a hint of AC/DC thrown in. This album is a lost classic and sadly Girlschool remains largely unknown with the average rock fan. If you’re into the real stuff, get this and the bands second album Hit & Run.

5.0 out of 5 stars Catchy, fast and slick
The Girlschool debut record is a great rock’n’roll record. The band sounds exactly like Motorhead, only they’re all female and much easier on the ear. Demolition is relatively light in comparison to their second album Hit and Run in which they to my mind lost some of their charm, with songs sounding heavier and a bit tired. But here every song is like a single, the album is jampacked with hits!

New Wave of British Heavy Metal bands came in a variety of styles, and in June 1980, it took on another form when the London-based, all-female quartet Girlschool released their debut album, Demolition.

This may not seem like such a big deal today, when women have carved a strong and important presence throughout rock music, but back in the ’70s, their numbers were shockingly scarce. When Girlschool founders Kim McAuliffe (vocals, guitar) and Enid Williams (bass) first joined forces in the short-lived Painted Lady, their bandmate was future Go-Go’s bassist Kathy Valentine. So few female rockers were available on the scene back then that it was some kind of triumph when Girlschool solidified their lineup in 1978 with the arrival of lead guitarist Kelly Johnson and drummer Denise Dufort.

And then, just as the overwhelmingly male contingent of New Wave of British Heavy Metal bands were coming of age during the post-punk era, Girlschool had to prove themselves on the cramped and dirty club stages in London. They acquitted themselves so well before the hard-drinking, bar-brawling crowds that it became a testament to their musical prowess. If anything, Girlschool had to be twice as good as their male peers to make some headway, which they did when Motorhead‘s Lemmy Kilmister invited them to open for the speed merchants on their spring 1979 tour of the U.K.

Here, Girlschool proved themselves once again (though threats from Kilmister and the Motorhead road crew, should fans show any disrespect, probably didn’t hurt), before heading off to Europe for another round of shows. this time supporting Ted Nugent. An even more seasoned and confident Girlschool returned from these character-building jaunts, ready to show England what they had learned — especially now that they had a record contract.

After kicking off their new business partnership with the “Emergency” single in January 1980, Girlschool embarked on yet another profile-raising tour opening for Uriah Heep while they began working on the full-length debut.

Demolition turned out to be a distinctive work, thanks to a strong melodic thread running through standouts like “Demolition Boys,” “Nothing to Lose,” “Deadline” and “Emergency.” Beyond these songs, the band revealed a knack for delivering more traditional hard-rock crunch on “Take it All Away,” “Breakdown” and “Baby Doll.”

Demolition rose to No. 28 on the U.K. chart, slowly spreading Girlschool’s name and reputation across metal’s tight-knit community. Then they hit the road again, backing the newly Dio-fronted Black Sabbath, before pairing up with Motorhead for another run.

Girlschool had arrived, leaving little doubt that they could hold their own against their testosterone-fueled metal peers. Unfortunately, once the excitement for the New Wave of British Heavy Metal started wearing off, Girlschool’s career gradually faded, mirroring the careers of so many other bands from the era. But none of that can diminish their pioneering accomplishments on behalf of gender equality in rock ‘n’ roll.

Along with the many masculine punk-influenced outfits that dominated the NWOBHM came Girlschool, an all-girl band with a rotating cast of singers on its first two albums. The first cries of dissent condemned them as a mere novelty band, possibly even selling their gender, but looking at the band members it becomes obvious they were hardly capable of doing that. Instead, they played fine early metal, lacking just a little edge. If they had gone one step further, treaded that one extra mile, they could have been truly great. As it is, they were a little too tame and poppy to make them a huge metal outfit.

It is a shame they are not more well known. After the success of their first two albums, and a collaboration with Motörhead, they produced a few albums of horrible wannabe LA Glam. You can call them out for selling out, but many great NWOBHM outfits did it, including Saxon, Diamond Head and Raven, while many of the heavier bands faded into a wistful obscurity (Warfare, Tank). They returned in all their glory later, and are still rocking. In summation: screw the politics, just listen. These girls rock! As I said, they are just a little too light; but let that go and you’re in for a great ride.

They had several singers in the early albums – three different girls all took on the lead singing duty. That is why you will hear many different voices. The approach is unusual, but works well. The three singers all have different voices, and the different qualities are exploited well. On later records, Kim Mcauliffe who sings the opening, middle and closing tracks, became the sole singer, and developed a more raspy tone, but here all singers have bright, high female voices. That technicality has more than a mere novelty value too: the singers soar above the instrumentals with an indefinably appealing tone. There is something very bright, very innocent about it, which contrasts with the punk influences and heavy tone to create a singularly personal sound. Girlschool, like the other big NWOBHM bands, certainly had a very personal sound. The very feminine vocal inflections, far from detracting from the album, give it an original edge.

For a first album, this is incredibly consistent and personal too. For a band to have crafted a very personal sound, and nearly a dozen worthwhile songs, by the time they record their debut, is uncommon. Many other NWOBHM started off similarly strong, sure, because they were around for longer; but looking at bands like Saxon and Warfare, it is clear some still needed to home their craft. Girlschool was ready from the get-go.

All the riffs are lovable and catchy at first hearing, while the lyrics merely tickle the ear before they are forgotten. It is through the slightly rowdy, mischievous and even metal delivery that they become gold. The girls are “Not for sale / Not for sale”; and indeed they have “Nothing to lose / Nothing to lose”, as they proudly sing. I buy it! A favorite track is Emergency, which Motörhead covered with Fast Eddie behind the microphone. I must say I massively prefer the edgy Girlschool version, which makes me want to run for an emergency phone while air-guitaring along.

The sound is often associated with Motörhead, due to their collaborations and support; but Motörhead is raw and thrashy, whereas Girlschool is refined and mischievous. The former calls to mind cigarette smoke and spikes, the latter whiskey and tight leather. The members of Girlschool were poppier, to be sure, but far from delicate princesses. Girlschool wasn’t a small novelty, a delicate flower adorning great ruins, but a powerhouse in and of itself. Their recent touring with Raven proves as much, as they still rock.

It was produced by legendary producer Vic Maile, who also handled the excellent production on Ace of Spades, and worked with the likes of Hendrix and Zeppelin before that. For a NWOBHM record released in 1980, this is a miracle. Everything is just right. They couldn’t have dreamed of better production. And you know what? They deserved it. This album is great! Lemmy saw it, and I hope you will see it too. Give it a spin.