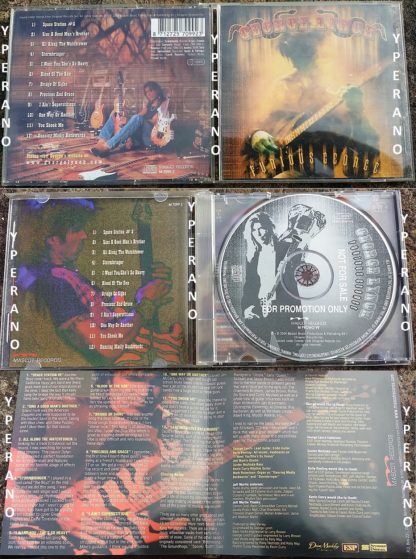 5.0 out of 5 stars George Lynch Plays late 60s early 70s rock classics,
This is a chance to hear George Lynch play familiar tunes. It just confirms to me what an underrated guitarist he is. In my opinion he shines when he steps out of his comfort (i.e. shredding) zone and does “feel” playing as in “I ain’t superstitious”

One of the most heralded hard rock guitarists of the mid- to late ’80s was George Lynch. And while Lynch could easily keep pace with all the shredders of the era (Steve Vai, Yngwie Malmsteen, etc.), his roots lay largely in ’70s era classic rock. With the Shrapnel label encouraging veteran rock guitarists to revisit their past in the form of all-covers albums (Jake E. Lees Retraced, Leslie Wests Got Blooze, etc.), Lynch also got the nod, resulting in 2004s Furious George. Unlike his work with Dokken, Lynchs playing takes a decidedly bluesy turn here — especially on renditions of Robin Trowers “Bridge of Sighs,” ZZ Tops “Precious and Grace” (quite possibly the albums highlight), and even the Beatles “I Want You/Shes So Heavy.” But Lynch is known first and foremost as a metal guitarist, and he certainly gets to flex his muscles on covers of Deep Purples “Stormbringer,” Grand Funk Railroads “Sins a Good Mans Brother,” and Montroses “Space Station #5” (which sees singer Kelly Keeling do a spot-on impersonation of Sammy Hagar). While newcomers would be best introduced to Lynchs playing via his Dokken or Lynch Mob releases, for longtime admirers curious to hear Lynch’s influences, Furious George is recommended.
——————————————————-
Outstanding Cover work
Even though George said this project was a bit hurried & he would have done other tunes, it is excellent. George is always hard on himself & very critical of his work, the sign of a perfectionist as he told me once when I finally got to meet him. A really nice compilation with the Lynch stamp of approval. Some highlights? Space Station #5, Dancing Madly Backwards & Stormbringer.
——————————————————–
George Rocks As Always
George lynch always has rocked and this CD is proof of his great musical ability and guitar godliness
——————————————————–
Great compilation of music
This CD is a great compilation covering songs that influenced George Lynch throughout the years. The vocals feature ex-MSG and Blue Murder front man Kelly Keeling, who has a great early David Coverdale/Sammy Hagar voice… perfectly fitting the Hagar/Montrose tune “Space Station #5”. Though he retains his signature out-of-phase guitar tone used for the vast majority of his career, the tone on this album has shifted a little more in the direction of a mixture between Joe Satriani, earlier Steve Vai and newer Santana…just amazing sound. Lynch plays best version of “All Along The Watchtower” since Hendrix, and delivers plenty of the precision shredding & melodic solo work that has kept him among rocks top guitarists for over two decades. A loose rendition of You Shook Me (All Night Long) in 12 bar blues fashion features awesome blues guitar and very potent vocals, and brought to mind Hendrix’s “Red House” when I first heard it. Any fan of Lynch’s playing wont be disappointed at all.
——————————————————–
If you like your oldies, buy it. If you don’t know your oldies, buy it anyway and get to know them right away. Great disc. This is some of the stuff that made good ol’ George what he is today.
——————————————————–
This is Great!George is serving up his slippery Playing..And the guy can play…Yes they are all covers,but George puts his stamp ALL OVER THEM!!!This will probably appeal only to us guitar players, but the Band sounds Really, Really good.Yeah I want new stuff from him also so this will have to do for now.9/10!!!!!!!!!
——————————————————–
Some great lead-work throughout from one of the best, signature sound guitarists ever imo. George definitely puts his stamp on these old tunes. worth owning. Grab this one. 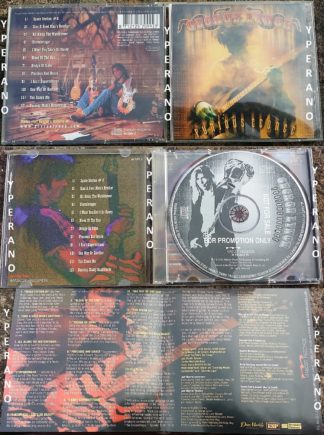