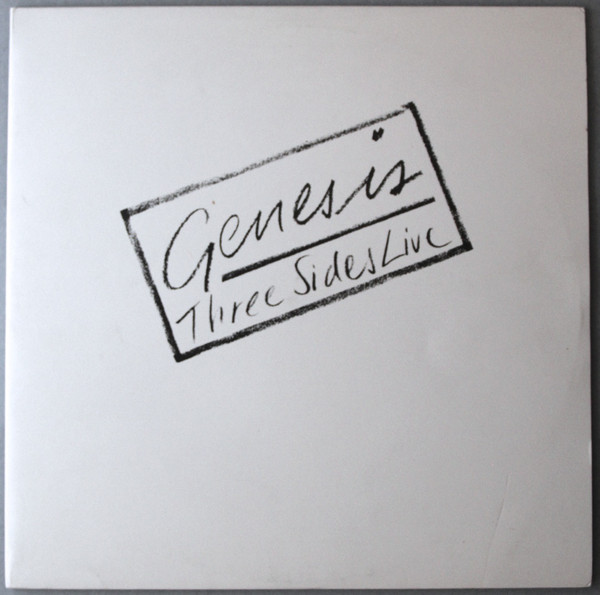 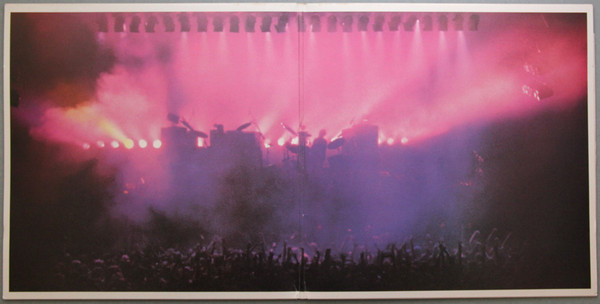 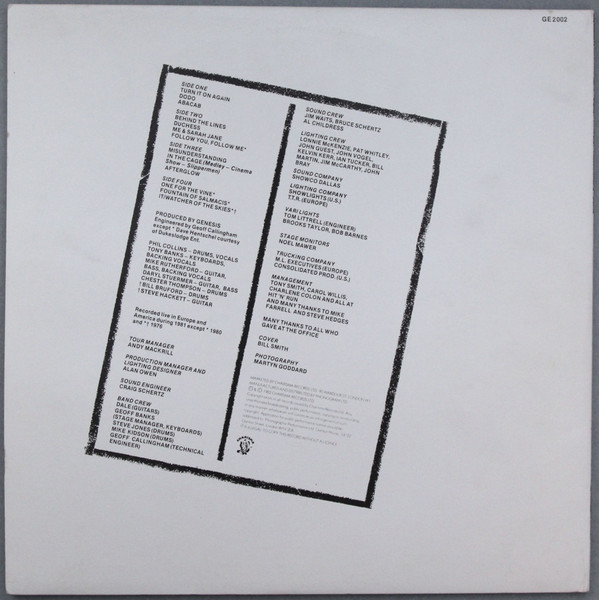 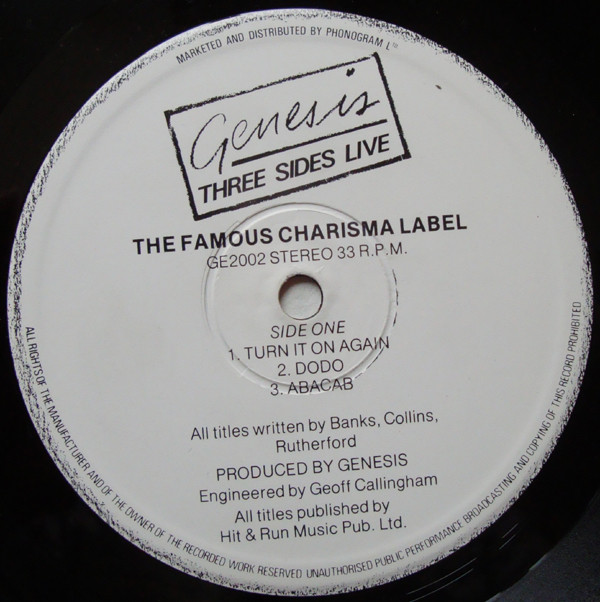 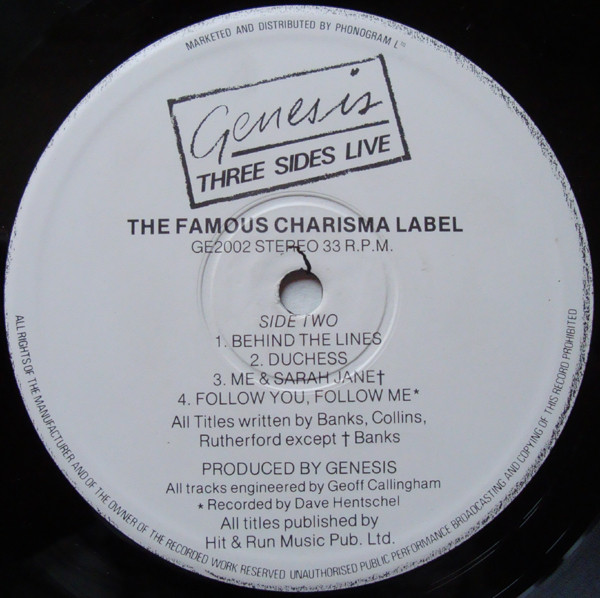 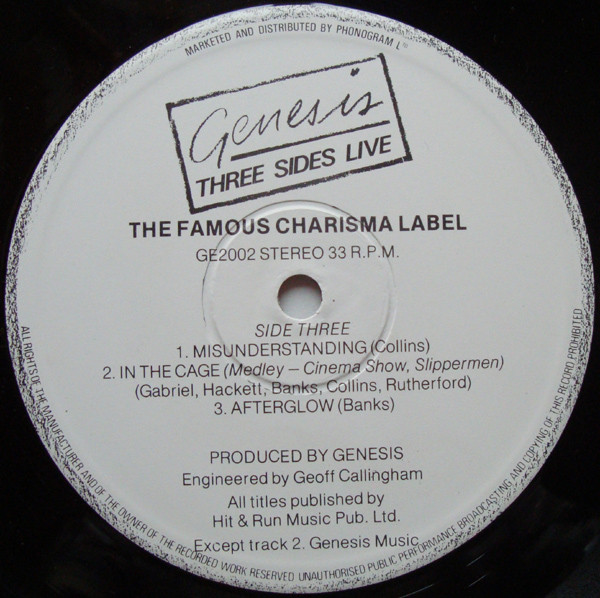 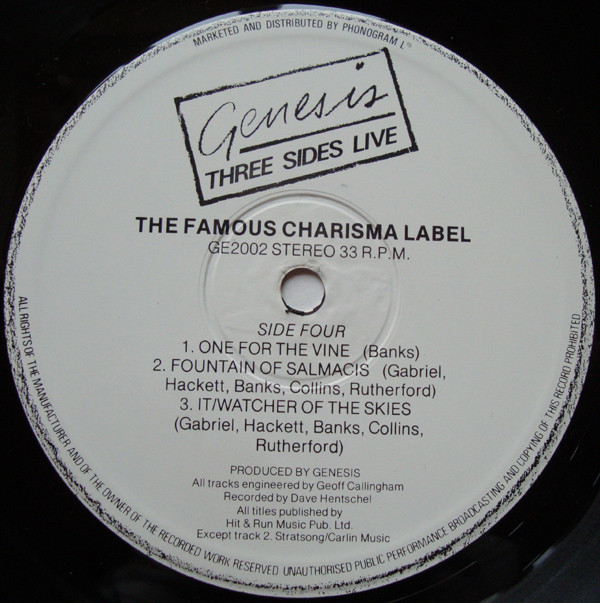 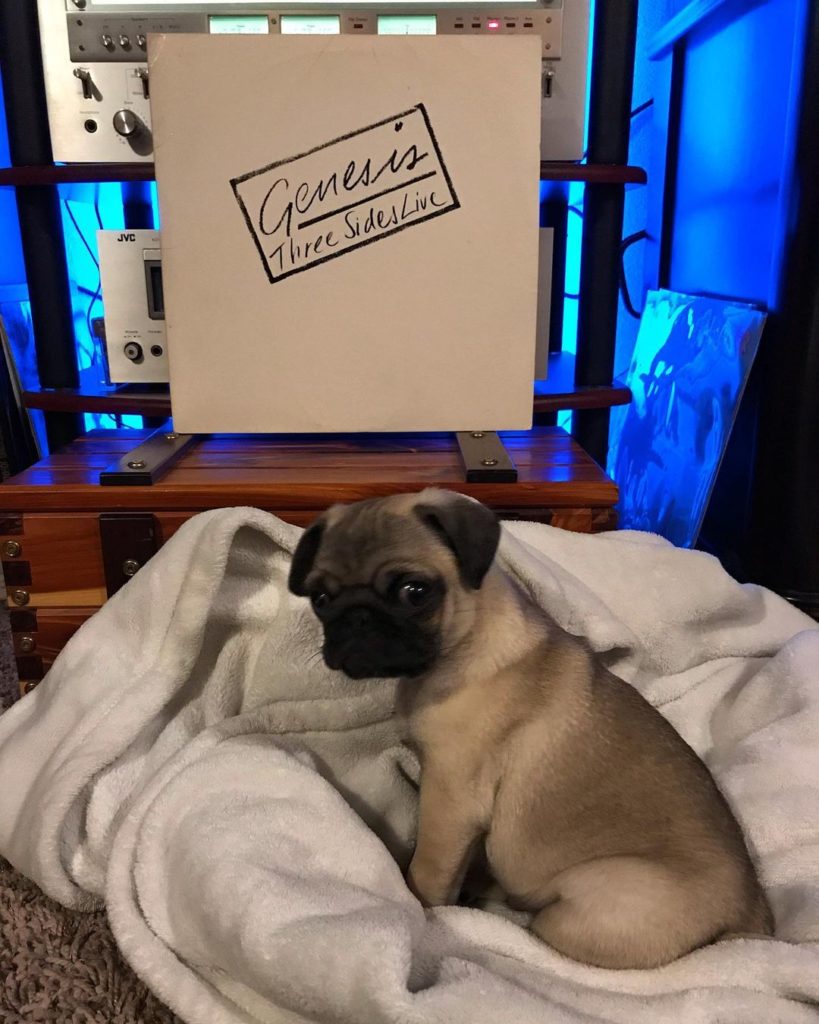 Three Sides Live is the third live album by British band Genesis, released in 1982.
Upon its mid-1982 release, Three Sides Live reached #2 in the UK and #10 in the US.
Like Seconds Out, the live album which preceded it, Three Sides Live documents the end of another major period in the evolution of the band. Focusing mostly on material from Duke and Abacab, including large sections from Dukes thematic song cycles, the third side contains what had become the centrepiece of their last few tours, the “Cage” medley. Replacing their previous centrepiece, “Suppers Ready”, the “Cage” medley melded together the longer song “In the Cage” (from the The Lamb Lies Down on Broadway album), with an instrumental which combined motifs from “Cinema Show” and a changing set of melodies from Wind & Wuthering and The Lamb. From here the song then slowly melds into “Afterglow”, producing a medley which lasted over 15 minutes and served to satisfy many of the fans’ wishes for older material in the live shows. As a compilation of many of Bankss most popular keyboard solos from the live shows, this medley, a staple of their shows for many years, encapsulates Genesiss strengths as a ‘musicians’ band. This album also includes many notable B-sides on the fourth side, and despite being a live album, Three Sides Live is considered essential Genesis by many fans.
While the ‘fourth’ studio side was unavailable on the UK release (and is no longer issued as part of the album), it contained five notable songs which didn’t fit onto the “Duke” and “Abacab” albums. “Paperlate,” which opens the fourth side, was an instant radio hit. “You Might Recall” is a song describing unrequited love. According to Tony Banks “You Might Recall” was to appear on Abacab, but Atlantic Records founder Ahmet Ertegün suggested that the band leave the track off in favour of the more bizarre “Who Dunnit?”. The quirky “Me and Virgil” has a relaxed, almost country feel which allowed the group to explore rural family themes in a manner similar to Collinss solo track “The Roof is Leaking.” “Evidence of Autumn” recreates the moods of the Wind & Wuthering days, and “Open Door” is a quiet ballad which hearkens back to the days of Collinss sparse vocal recordings like “More Fool Me.”
All songs by Tony Banks/Phil Collins/Mike Rutherford, except where noted.