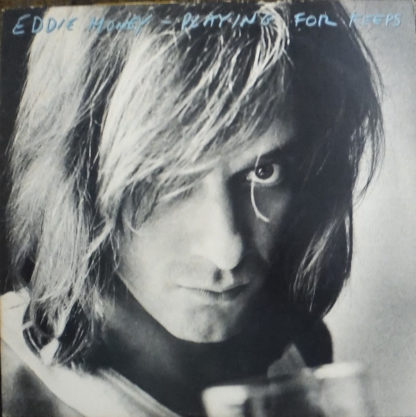 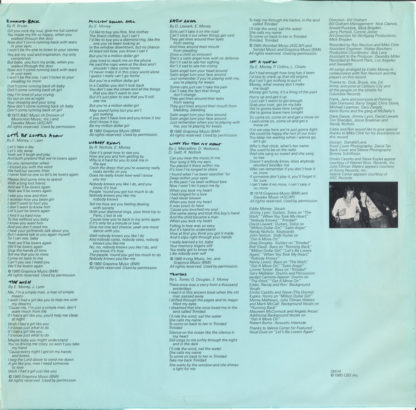 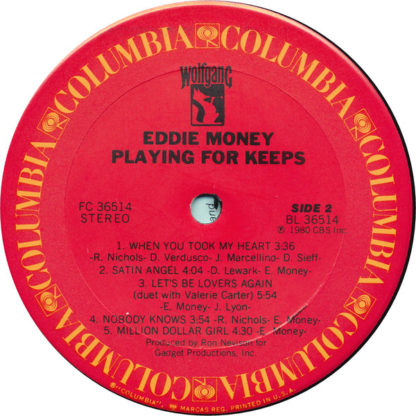 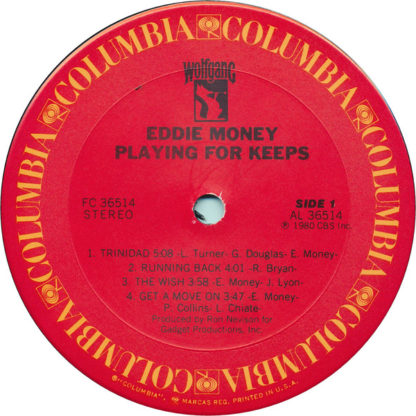 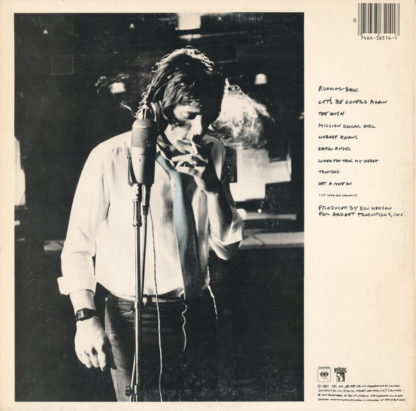 Playing for Keeps is Eddie Money third album, released in 1980. It continued the early phase sound that began in 1977 with Money debut. Jimmy Lyon guitar work is a key to standouts “”Trinidad”” and “”Million Dollar Girl”” the first and last tracks. Since this effort did not attain the radio airplay of the first album, it is not as well known to later fans, and is frequently harder to find.
Other notable album cuts include “”Let Be Lovers Again” (a duet with Valerie Carter) + “Get a Move On.”” 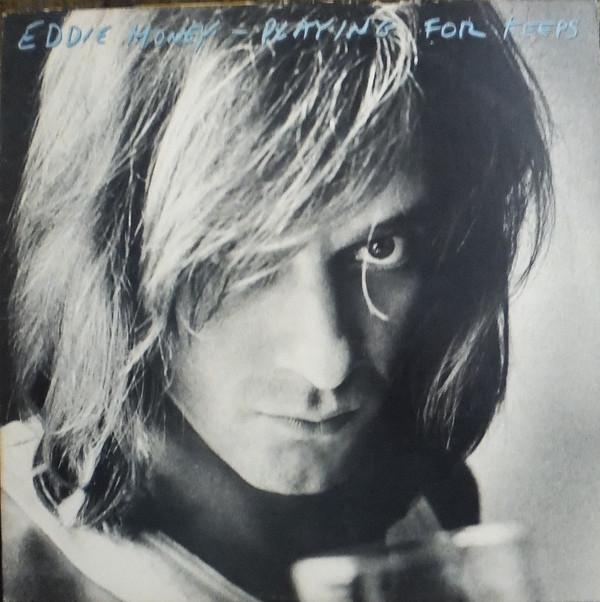 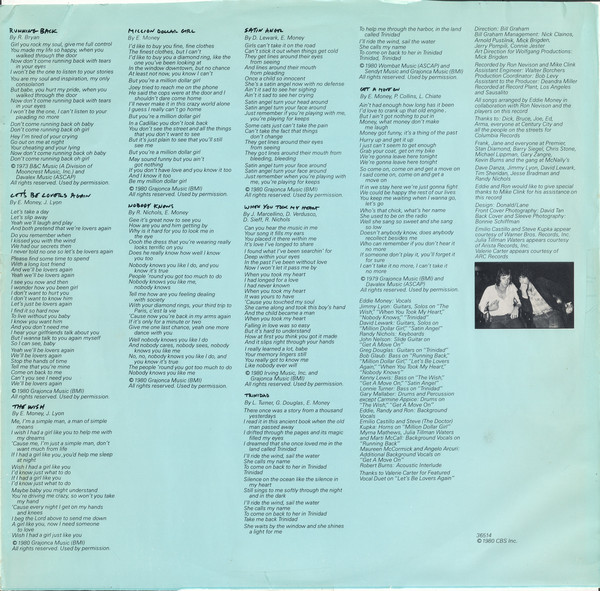 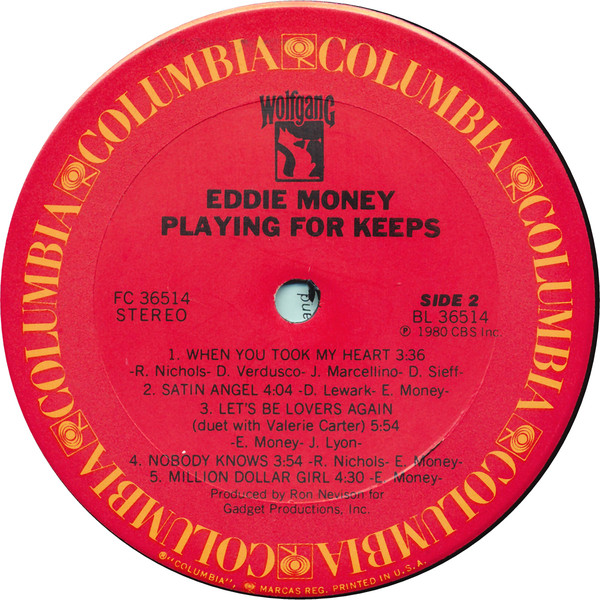 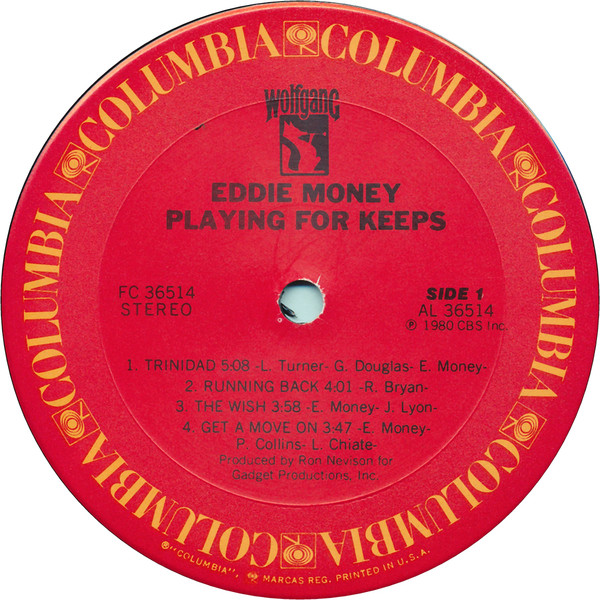 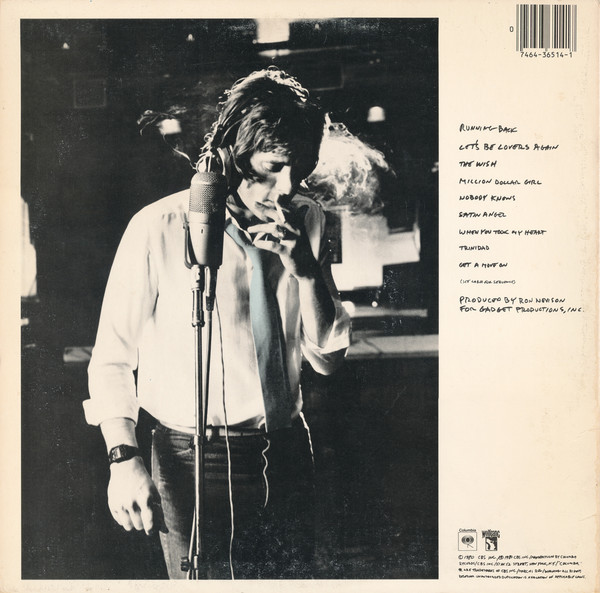 Money went for a slicker, modern sound on Playing For Keeps, produced by Ron Nevison. Money was also trying out new ideas – for better and for worse. Two tracks had a smooth Caribbean flavour: his own lilting Trinidad, a Money original, and the easy-skanking Running Back, written by reggae guitarist Radcliffe Bryan.

On more familiar territory, The Wish and Get A Move On were ballsy rockers. But a romantic duet with singer-songwriter Valerie Carter, Let’s Be Lovers Again, did not turn out as planned. “I fuckin’ hated that song,” Money said. “And I didn’t like her either!”

A low-charting single from one of the final sessions with Lyon, “Get a Move On” (which actually features replacement John Nelson on guitar) finds Money dabbling with a sun-streaked brand of power pop. It made for a dollop of compulsively enjoyable sing-along fun 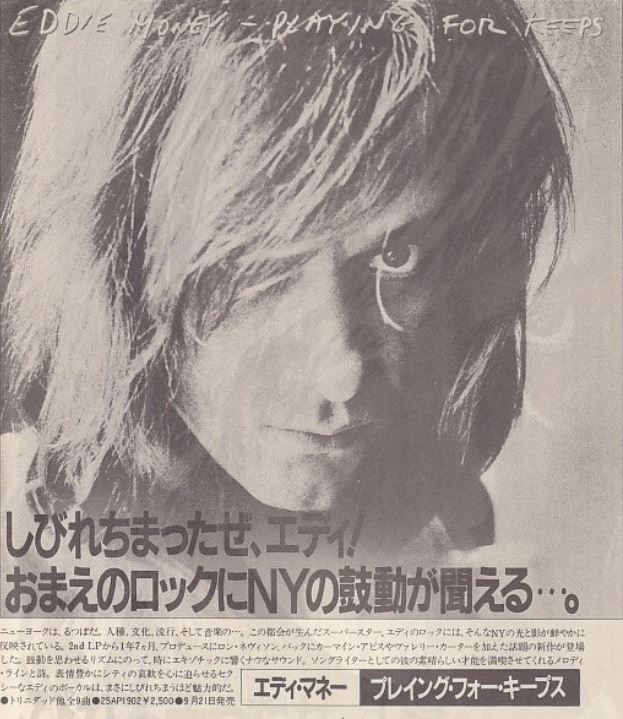 5.0 out of 5 stars An Eddie Money classic
Eddie Money’s third album from 1980. Is a 9 tract masterpiece.

5.0 out of 5 stars Great Money LP, not a flop.
I’ve always been an Eddie Money fan so I love this LP. I never considered this album a flop. The track “Running Back” is one of my favorite Reggae tunes by a rock artist. Everyone has an opinion and mine is that this is a great album. His first first 3 albums were his best. RIP Mr. Money.

5.0 out of 5 stars The Money Man’s best album…
Here it is, I love the exotic opener followed by his only reggae-stomp track (that I know of.) The rest are Eddie in peak form. A must, after which his albums just sound slightly too radio-friendly to me. Enjoy!

5.0 out of 5 stars J
RIP Eddie Money. So much masterful music on his second album.

5.0 out of 5 stars Lost Gem
This has always been my favorite Eddie Money album. Bought it when it first came out and even though PFK got lost in the mix it is still a great listen today – glad it is available here!

5.0 out of 5 stars A pure gem
Eddie’s 1980 release that didn’t get a lot of accolades, but certainly deserved them. There are many hidden gems on this one. The guitar playing alone is worth the price. Eddie’s vocals reach gritty and breezy peaks as he pours out his rockin’ style on each track.
One person found this helpful

5.0 out of 5 stars GREAT FIND!
SO HAPPY THIS WAS REMASTERED AND RE RELEASED, IT WAS GOING FOR SO MUCH BEFORE AND NOW THE PRICE IS REASONABLE. NOW THEY NEED TO DO THE SAME FOR WHERE’S THE PARTY WHICH SELLS FOR CRAZY PRICES AND IS NOT EDDIE’S BEST, BUT HAS SOME COOL TUNES WHICH YOU CANNOT GET ON ANY COMPILATIONS. 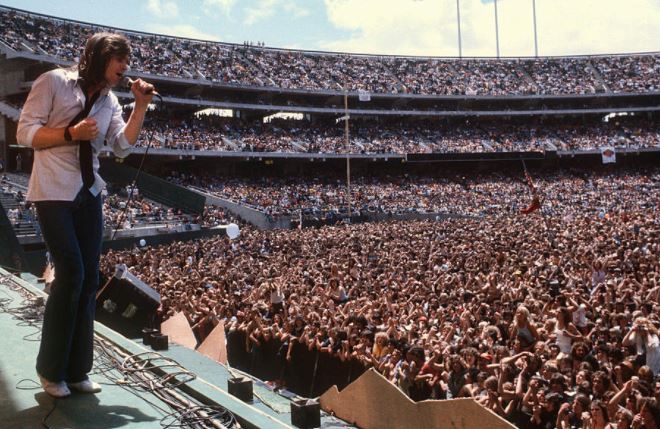 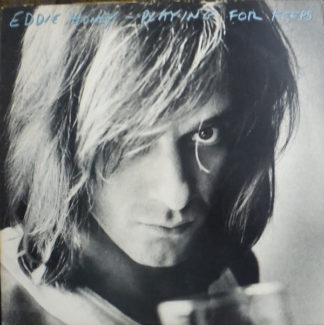