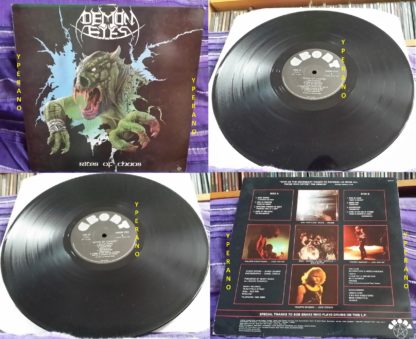 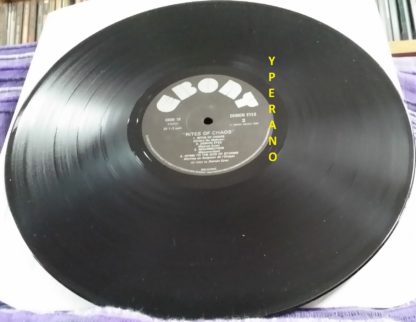 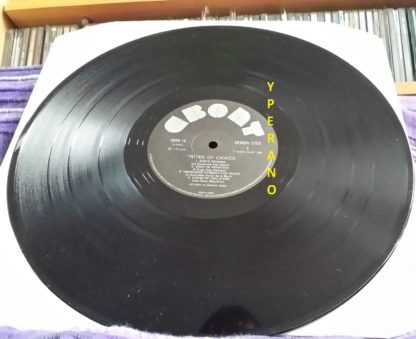 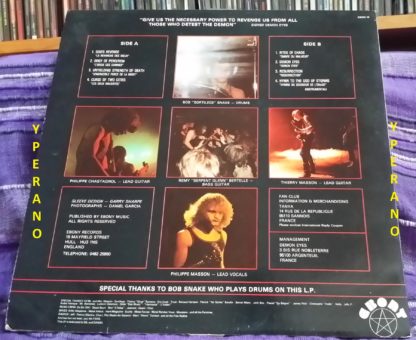 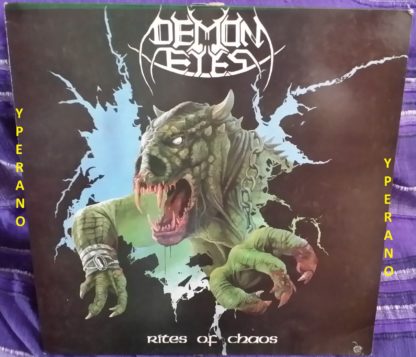 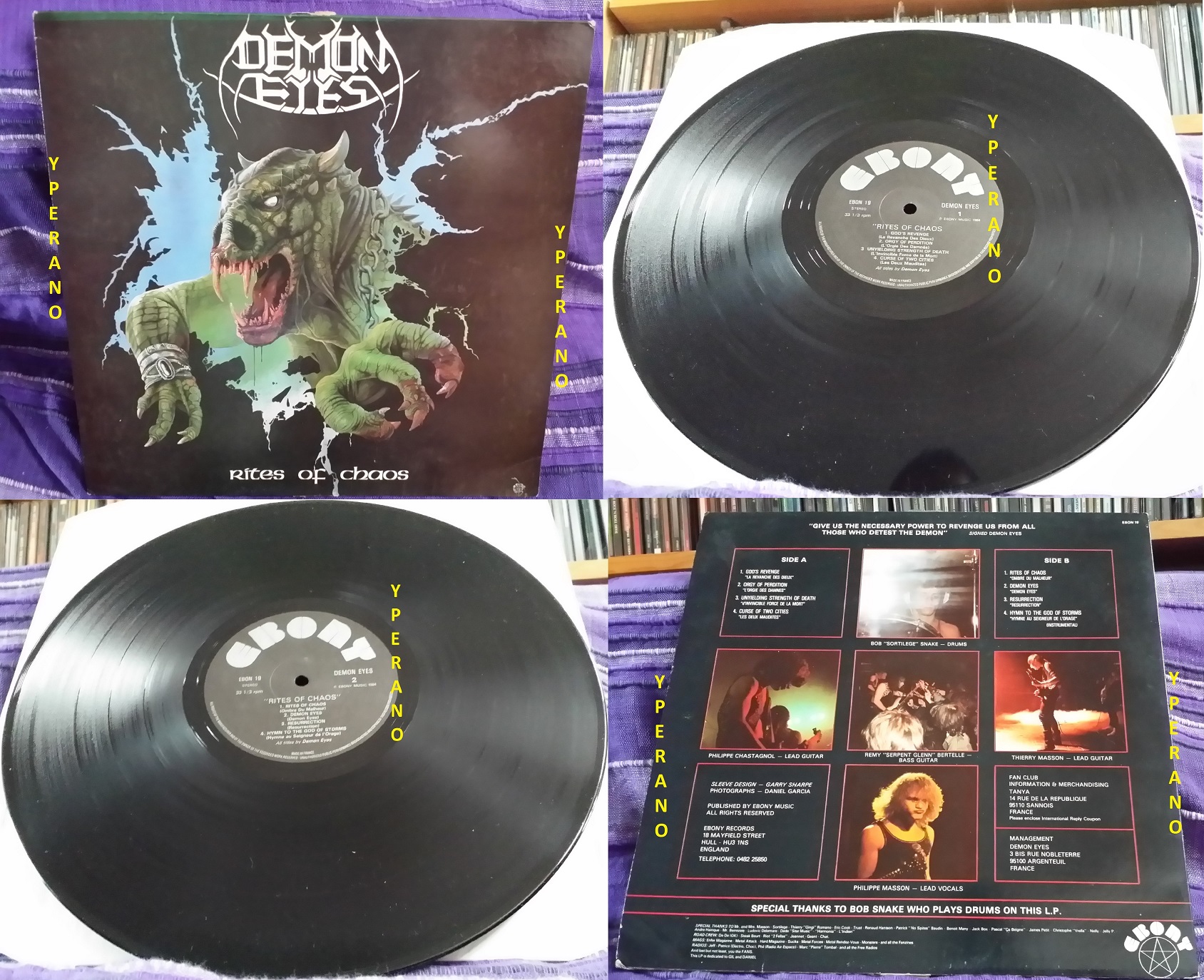 DEMON EYES is a historical French hard-rock group that recorded “Rites Of Chaos”, its first album, in 1984. This indispensable work was played by bass player Remi BERTELLE, singer Philippe MASSON, drummer Thierry SCARLATTI, and guitarists Thierry MASSON and Pierre-Yves ROUPIN (Not forgetting drummer Renaud HANTSONs participation). With their heavy-metal being so anchored in the Eighties, the MASSON brothers go back as being one of the rarest French groups to sign under an English label (Ebony). This album is one that the listener should rediscover without delay. 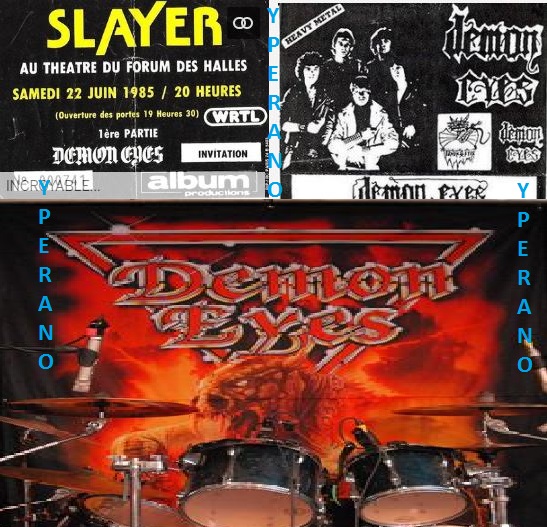 EXCELLENT FRENCH METAL WITH BOB SNAKE FROM SORTILEGE ON DRUMS.

popping just over the water from here in Blighty to our cousins in France! This French metal band introduced to me, like so many other bands, by English DJ Mr Tommy Vance! His Friday Rock Show on Radio 1 from 1978 until 1993 was an institution, I even used to come home from the pub early on a Friday to catch it all 😂😂😂.
Anyway, in 1984 he played “Ombre du Malheur” (Rites of Chaos) a fair bit and its NWOBHM / thrash vibe had me up, staggering around the front room, headbanging on several occasions, so bought the album.
Got a great energy, like Motorhead, meets UK Subs meets Di’Anno era Maiden meets Accept and all sang in French. Production and mix is pretty sweet for an independent release too! 🥰🤘
Anyway, merci beaucoup 👍🎶🤘❤ 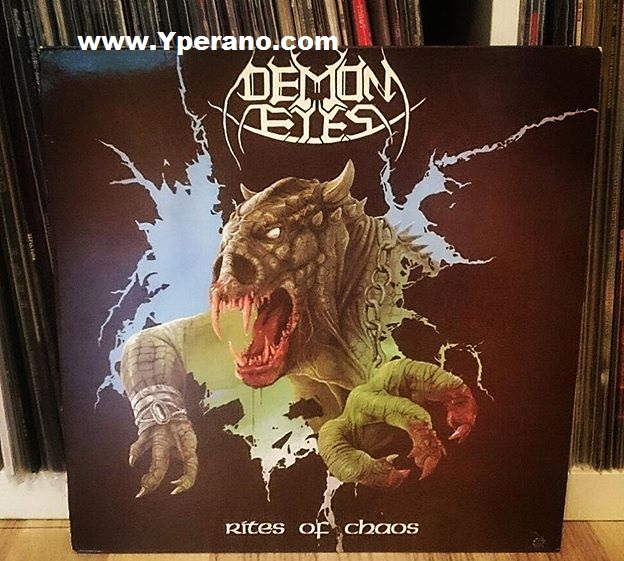 Rites of Chaos explodes in your face in the best Exciter fashion, with pure speed metal at full power. This band combines the Exciter sound and intensity, with the sense of melody of Pokolgép, the frantic Onslaught soloing and the catchiness of Running Wild. Yes, they are that good, and its also important the fact that they were that good even before those other bands were established as Metal legends. The personal touch of the band is the French singing, and even though Im not fond of the French language, after listening to the music I couldnt care less.

They have such a great drummer. Additionally we get that 80s typical foggy sound that gives the music a bit of a rustic touch. Aaaaah, sweet, sweet 80s But this wonderful 80s sound isn’t the only good thing; we also have awesome musicianship and a band with a lot of chemistry. Starting with the high pitched vocals, we get a very dramatic / melancholic singing something unusual in a predominantly speed metal album, but always heartfelt and sometimes with an additional tone of bitterness and frustration Lorgie des damnes sounds especially bitter, which combines perfectly with both the melodic and rawer tunes. The guitar work is impeccable; very catchy Exciter like riffs in the rhythm section, with also similar intense, relentless drumming and some great technical solos that remind me of Onslaught, like the great solo in Lorgie des damnes that resembles Metal forces. Although the bass is a bit low, once in a while it will pop up to remind you that he is there, and what he does, he does well; actively double the rhythm guitars, and add a hint of depth to the music. If this wasn’t enough reason to be interested, you’ll also find that Rites of Chaos is very catchy and varied in song styles; speed metal destroyers like La revanche des dieux; headbangable, uptempo tunes like Lorgie des damnes, and more melodic, sing-along songs like Dinvincible force de la mort. So if you want speed metal you’ve got it. If you want melodic tunes you’ve got it. And if you need something that will quickly get stuck in your mind, then you also have it.

I personally love the album from beginning to end, but I find addictive and brilliant La revanche des dieux, Lorgie des damnes, Ombre du malheur and Demon eyes. The first track, La revanche des dieux, is the speed metal burst out explosion; awesome pounding drumming, very melancholic melodies, extremely catchy chorus and a flashy solo to make it complete; the perfect speed metal song. With Lorgie des damnes we get a slower pace than the previous one, but the main riff is so headbangable, and the solo is so good, technical and catchy that it deserves a spot among the best songs. Ombre du malheur is almost 7 min. and yet it manages to keep your attention during all the song. Demon Eyes is a competent band, and know how to make a long song flow, including a slow middle part in the vein of Victim of changes, a mid-paced instrumental passage and the final part with the solo and the simple, yet effective, ooo-oh, eeee-eh chorus. Finally, Demon eyes is the catchiest song of the pack, with the greatest sing-along chorus since Prisoners of our Time; The beauty of this song is that its so damn simple with a very catchy, simple main riff ala Heavy metal maniac and an excellent chorus. The result is a very classic heavy metal styled song, and a total winner.

I strongly recommend this album to those who like bands like Exciter and also look for something more melodic. You should also check Exciters’ Violence & Force. 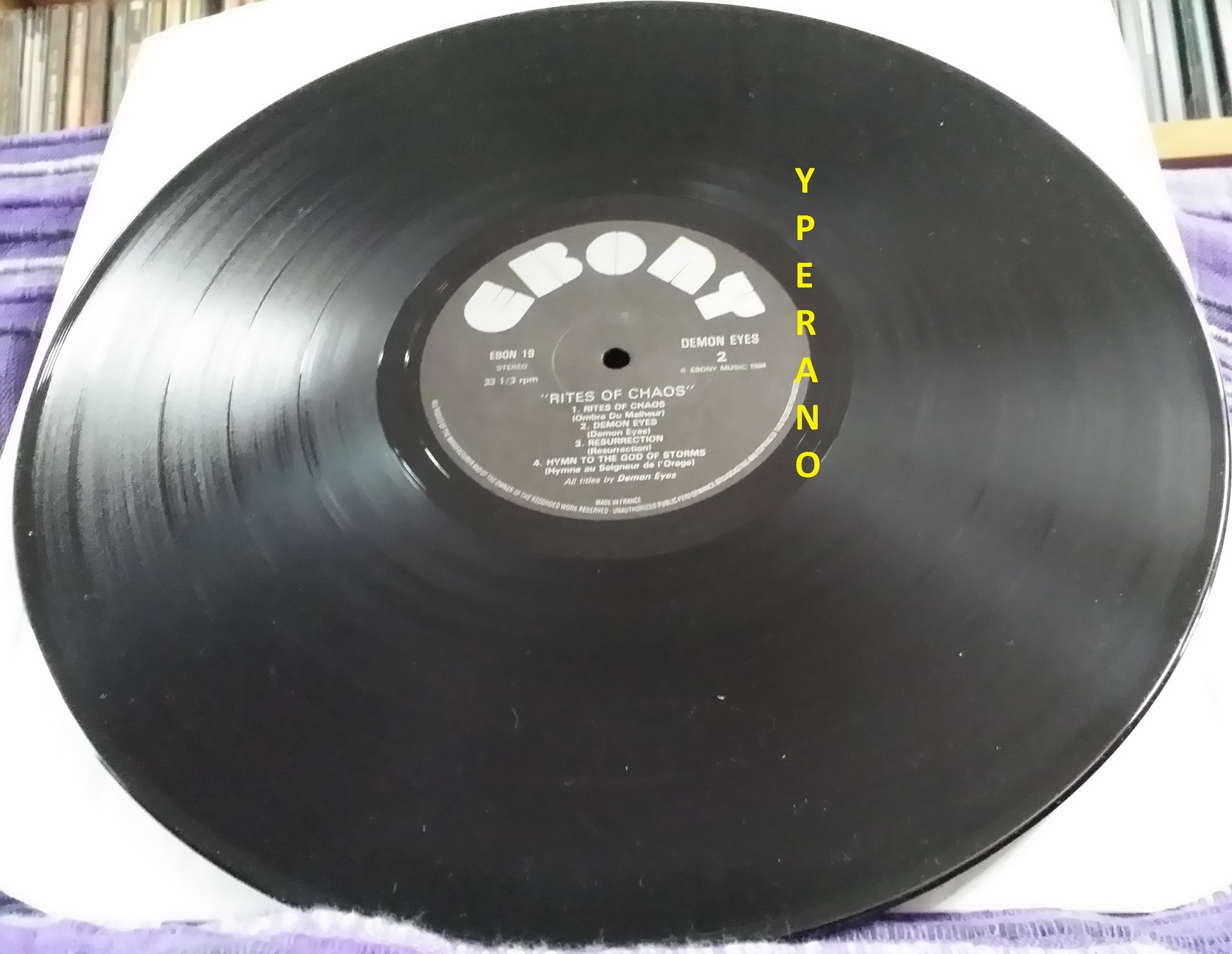 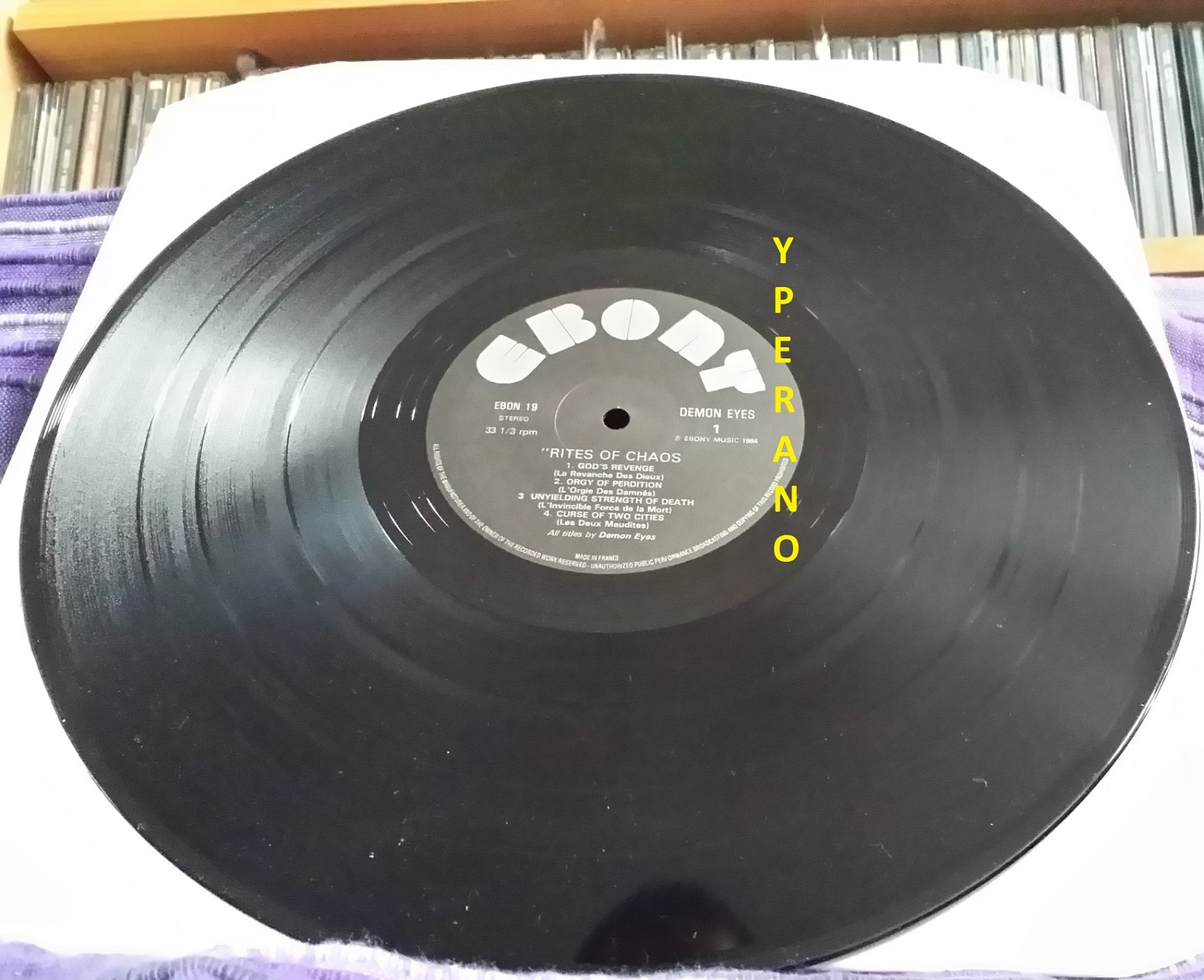 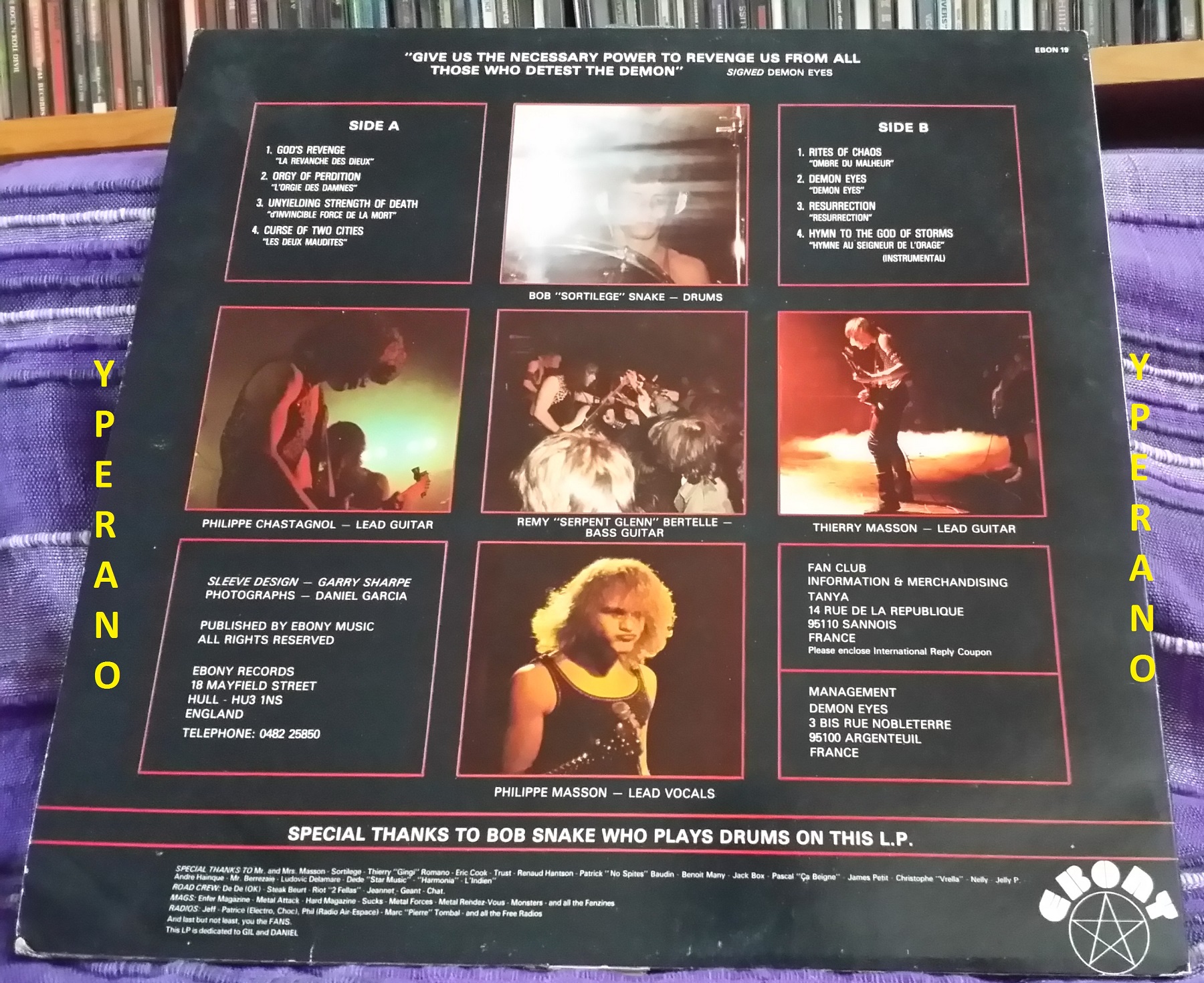 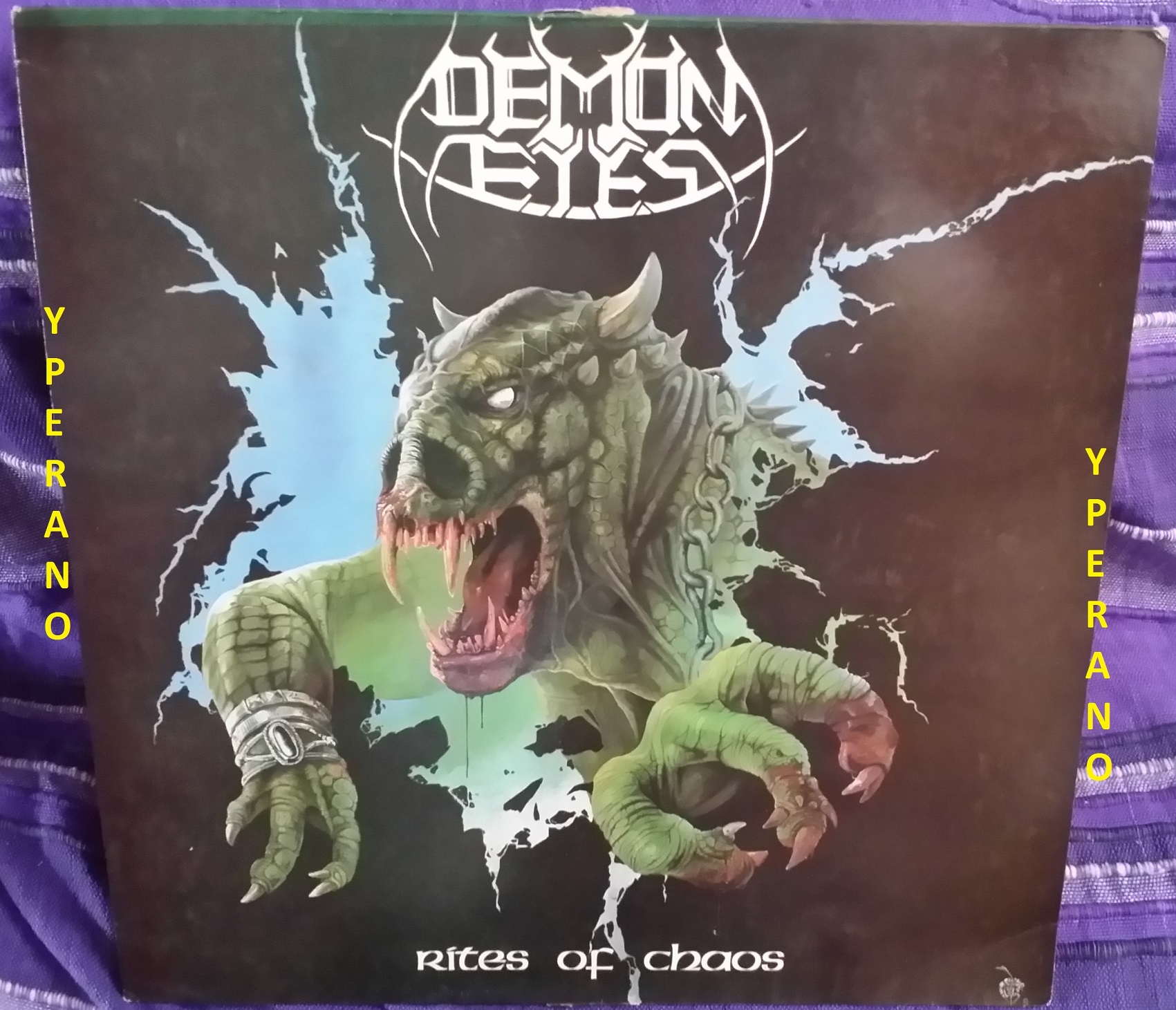 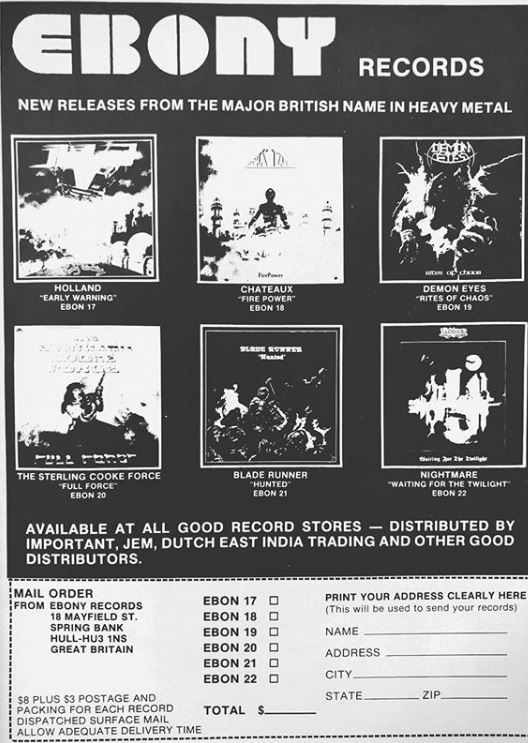 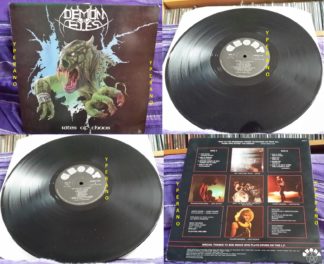