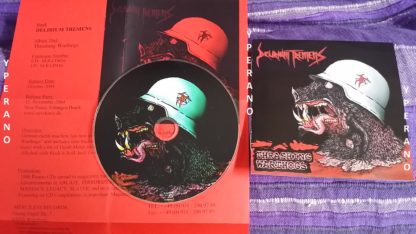 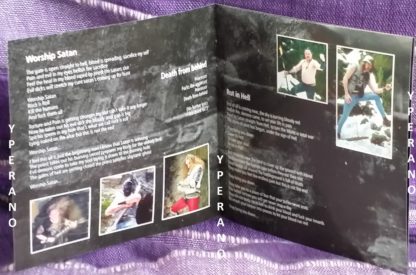 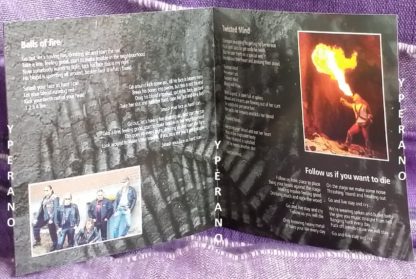 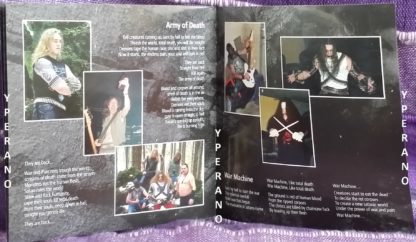 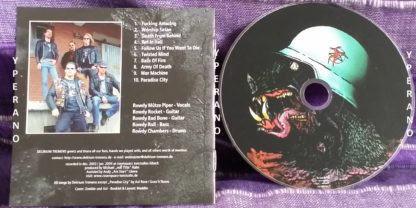 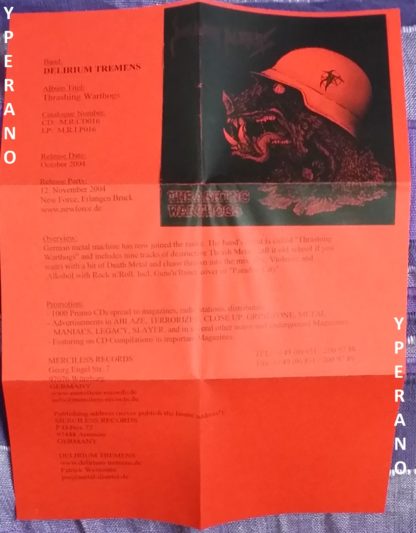 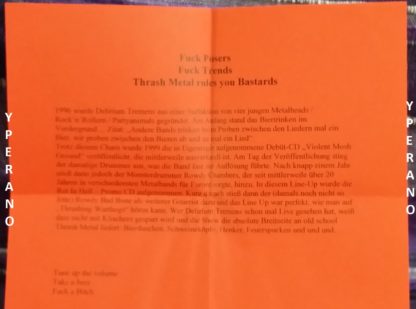 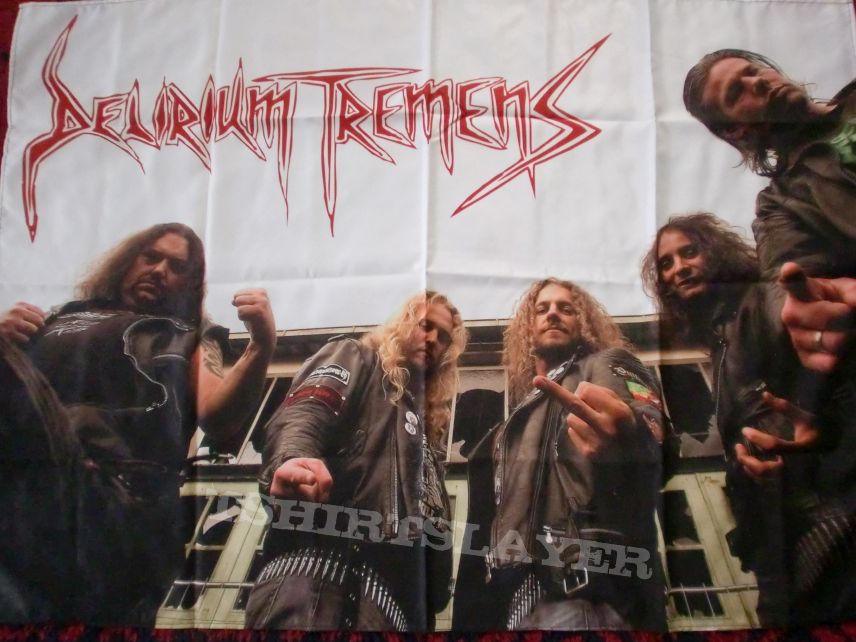 Thrash refuses to die. It lives on & prove that the 80s do not need to be forgotten. Thrashing Warthogs is pure old-school adrenaline combined with shrieking guitar-work which avoids rehashing the work of their predecessors. Quality of this standard has not been produced from Germany since 1990s Coma Of Souls.

Like their peers, DELIRIUM TREMENS adorn themselves with bullet belts, spiked wrists and have even adopted pseudonyms of Rowdy Mütze Piper, Rowdy Rocket, etc. Their sound is old-school as well but instilled with a fresh and exciting new vitality which allows DT to stand out from the crowd. This unique take on such a powerful genre is care of guitarists Christian Brehm and Patrick Weinstein. These two trade leads and furious riffs like none other and do not let up until the listener is bleeding from every orifice. These riffs are of the ilk that warrant immediate attention via head-banging, which we all know are the best type of riffs known to man.

The vocals found on the disc are above-average as well and have that nice shrieking/snarl combination. Their strength lies in the fact that they are quite dynamic and not too deep nor too high. Christian Lindner sounds not unlike Matt Hellfiend of DEKAPITATOR, with a little less emphasis on that deeper fringe Death-Metal sound (Listen to Lindner belt out Taaaake Meee Homeeeee! and you will know what I mean). When combined with the intense riffing, a band of monumental potential and unparalleled quality is produced.

The tracks found here contain a brutal measure of speed yet manage to achieve that charm of becoming quite memorable. This is done through a combination of varying tempos within the framework of the compositions, as well as some truly memorable vocal lines. This tempo control is displayed quite provocatively on tracks such as Death From Behind. Thos varying guitar-passages meld into one hell of a Thrasher which challenges the listener to head-bang in tempo. The lyrics found on this album are of true 80s flavour and these guys know how to not take themselves seriously. Listen to the chorus Worship Satan/Rockn Roll/Kill The Humans/Fuck Them All and try to keep a smile off your face.

Thrashing Warthogs is an excellent release showcasing a fresh new take on a genre which still boasts plenty of potential. If you like your production dirty and your riffs sharp as a buzz-saw then don your German military helmet and slap on the bullet belt. KREATOR may have given up their German Thrash throne but that does not stop others from taking a seat. DELIRIUM TREMENS will slice your head clean off (take a gander at the excellent cover artwork and see what they did to the warthog) and shove Metal up your ass with unbridled intensity.

P.S. DT put Axl Rose to shame with their take on Paradise City, check it out. 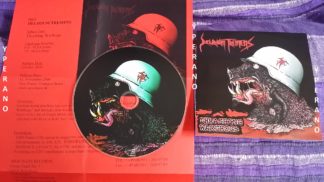