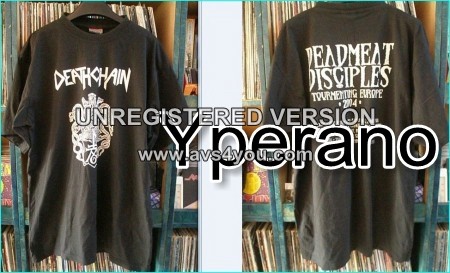 Metal band from Kuopio, Finland, formed in 1997. Their sound incorporates elements of thrash metal and death metal into a style some term ‘death-thrash’ or ‘deathrash’. 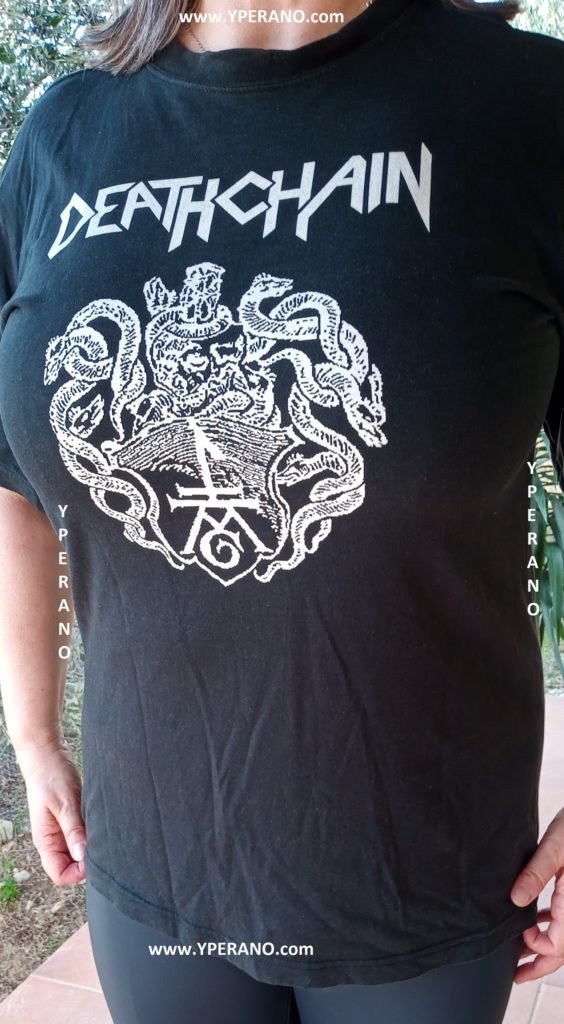 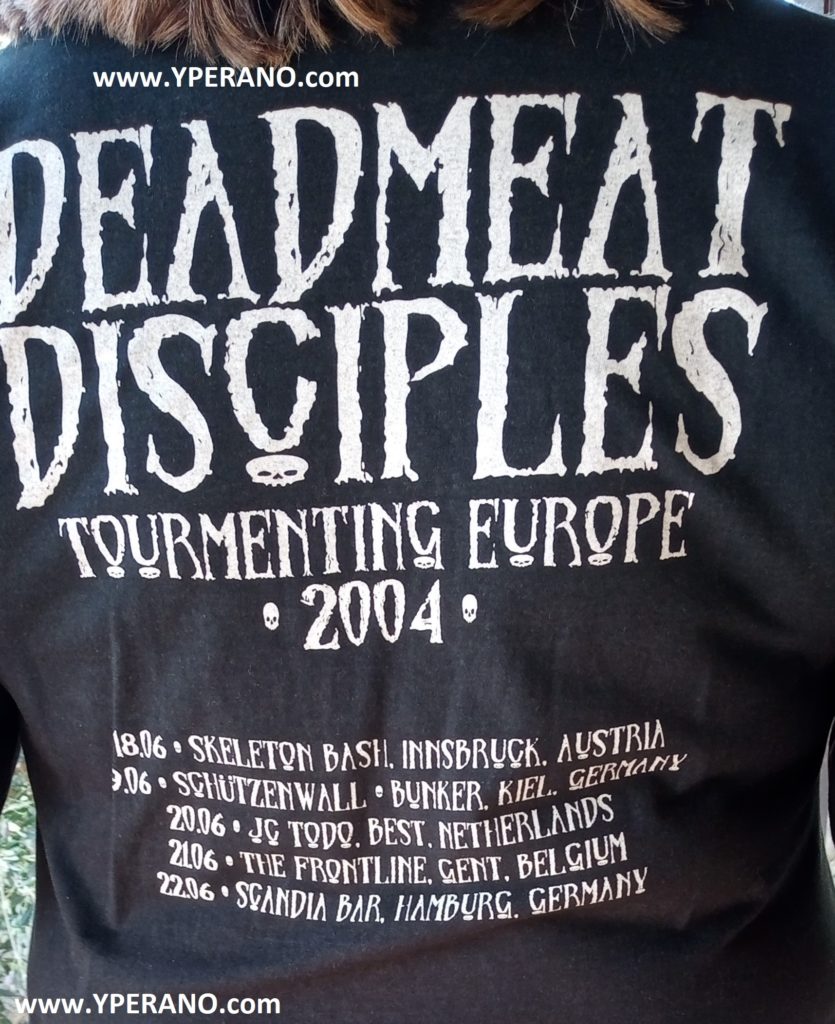 Metalheads – even more than any other kinds of music fans – find it especially important to let friends and strangers know what they’re into. Band apparel can serve as a password of sorts at concerts (e.g. “Is this guy alright? …Yep, he’s wearing an uber-cool Deathchain shirt.”), and some items are cool enough to inspire passersby to check out the band without any further recommendation. It’s no wonder that band merchandise has been a huge part of the music industry since rock and roll, Hard Rock & Heavy Metal began.

This is what I’ve been wanting to hear for almost half a year. Great riffs, intense speed, awesome leads, and killer vocals. This thrashes. Throaty vocals and double bass complete it. I can’t get enough of this album. For a debut album, the production is top notch.

Choas Wartech thrashes from the word “GO!”. No really, it does. Simply great leads.

Rabid Vultures has some nice, dark riffs and creeps right into your skin with the heaviness.

Poltergeist (The Nemesis) has some nice death/groove riffs. The drums just kick your ass until it’s black and blue. And then kicks some more. This is kind of like a more intense Testament ala Demonic and The Gathering. The mid-section make you bang your head like it’s gonna explode (Hell, it may)

March of the Thousand Legions will send chills down your spine. More insane riffs. This one does not let up. When the chant of “MARCH! MARCH! MARCH!” comes in, bow down! Then stay there for the awesome solo section afterwards.

Just when you think you’ve had enough, Carnal Damage comes in and doesn’t give a damn if you’re through. There’s some old school Slayer-like riffs in some places as well. The ride cymbal must be having a heart attack as the 6/8 part. Simply mind blowing.

Undertaker is again Slayer-ish at start, but moves to some heavy and fast stuff. The drums are probably most technical here than anywhere else on the album. Groove’s on to some crushing material and just doesn’t let up for anyone.

Skeletal Claws scares the hell outta you when the fake bad production in the beginning turns into all killer! For some reason, slayer-like riffs appear again, but this is the last of it.

Carrier of Pestilence is the stand out track here. Has a very nice grooving riff from the bass then onto everyone. This is very thrashy indeed. The chorus also sticks out from everything else. Real throaty vocals here.

The title track is most intense with the vocals. There’s more death riffs instead of dark thrash riffs, and provides you with a hell of a ride. This is also the other stand out track. Interesting how the stand outs are at the end. But no matter. Great way to close the album.

Most songs here are about the same tempo and speed, but it doesn’t really matter because most songs stick out anyway and it’s just so damn good. This album reminds us that there’s still some good thrash bands out there. 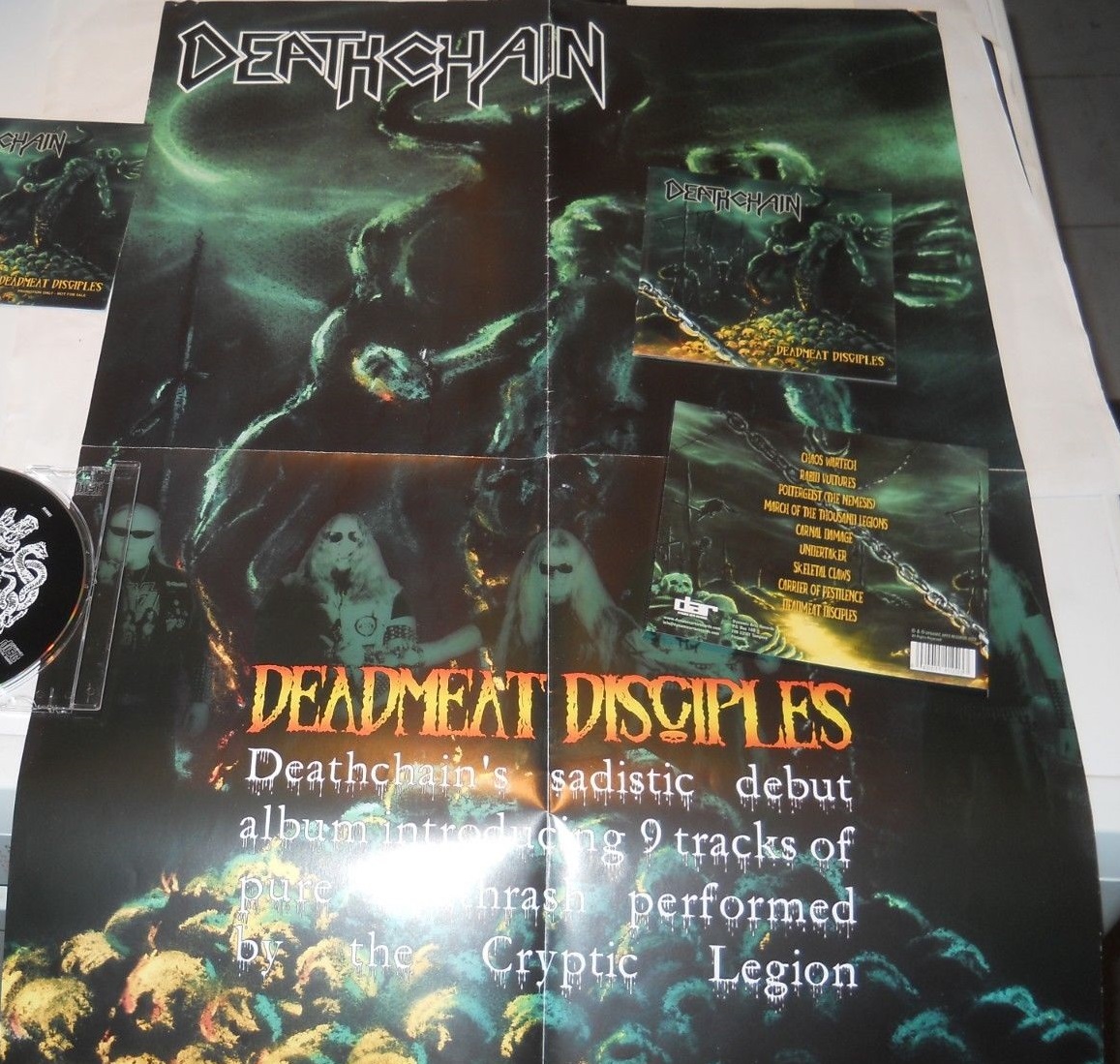