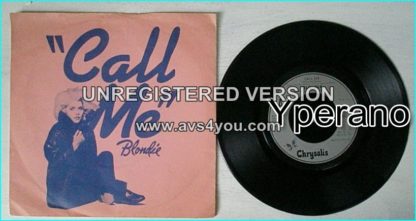 “Call Me” is a song by the American new wave band Blondie. Released in 1980, “Call Me” topped the singles charts in both the US (where it became the bands biggest selling single) and the UK (where it became their fourth no.1 hit).
The song was the main theme of the film American Gigolo. European disco producer Giorgio Moroder originally asked Stevie Nicks from Fleetwood Mac to help compose and perform a song for the soundtrack, but she declined. It was at this time that Moroder turned to Debbie Harry and Blondie. Moroder presented Harry with a rough instrumental track called “Man Machine.” Harry was asked to write the lyrics and melody, a process that Harry states took only a few hours. The completed song was then recorded by the band, with Moroder producing. The bridge of the original English language version also includes Harry singing “Call Me” in Italian (“Amore, chiamami”) and French (“Appelle-moi, mon cheri”).

The single was released in the United States in February 1980. It peaked at #1 for 6 weeks, and was certified Gold (for one million copies sold) by the RIAA. It also spent four weeks at number two on the U.S. dance chart. The single was also #1 on Billboard magazines 1980 year-end chart. It was released in the UK two months later, where it became Blondies fourth UK no.1 single in little over a year. The song was also played on a British Telecom advert from the 1980s. Twenty-five years after its original release, “Call Me” was ranked at #283 on the list of Rolling Stones 500 Greatest Songs of All Time.
The song lists at #44 on Billboards All Time Top 100 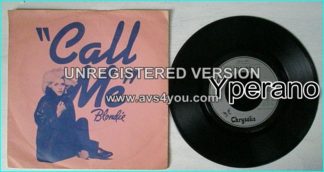