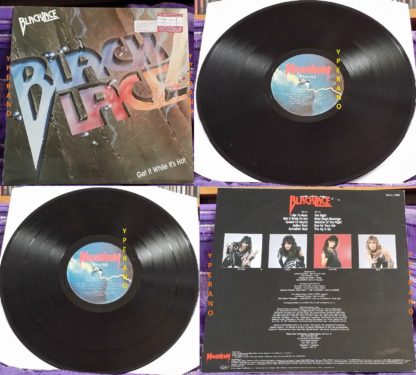 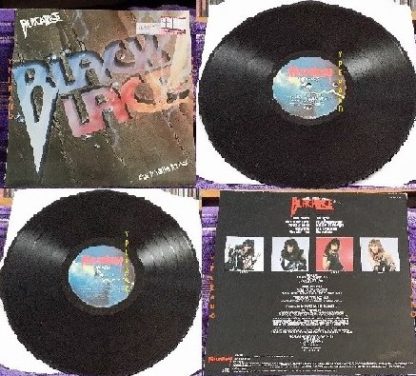 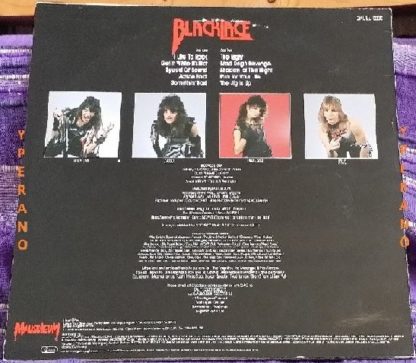 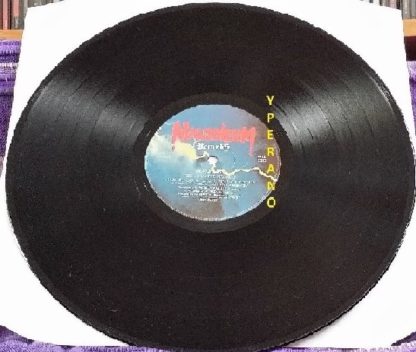 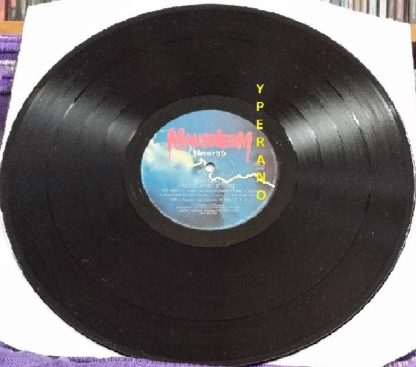 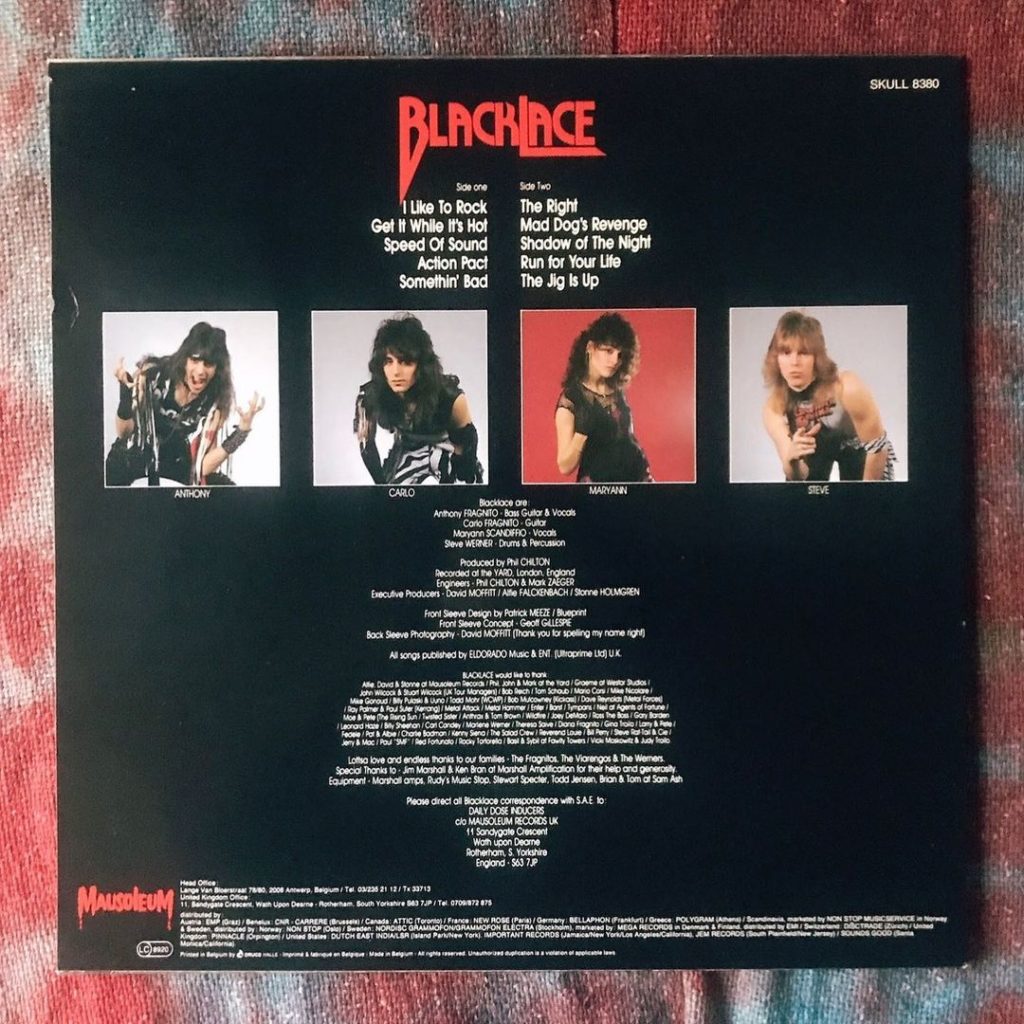 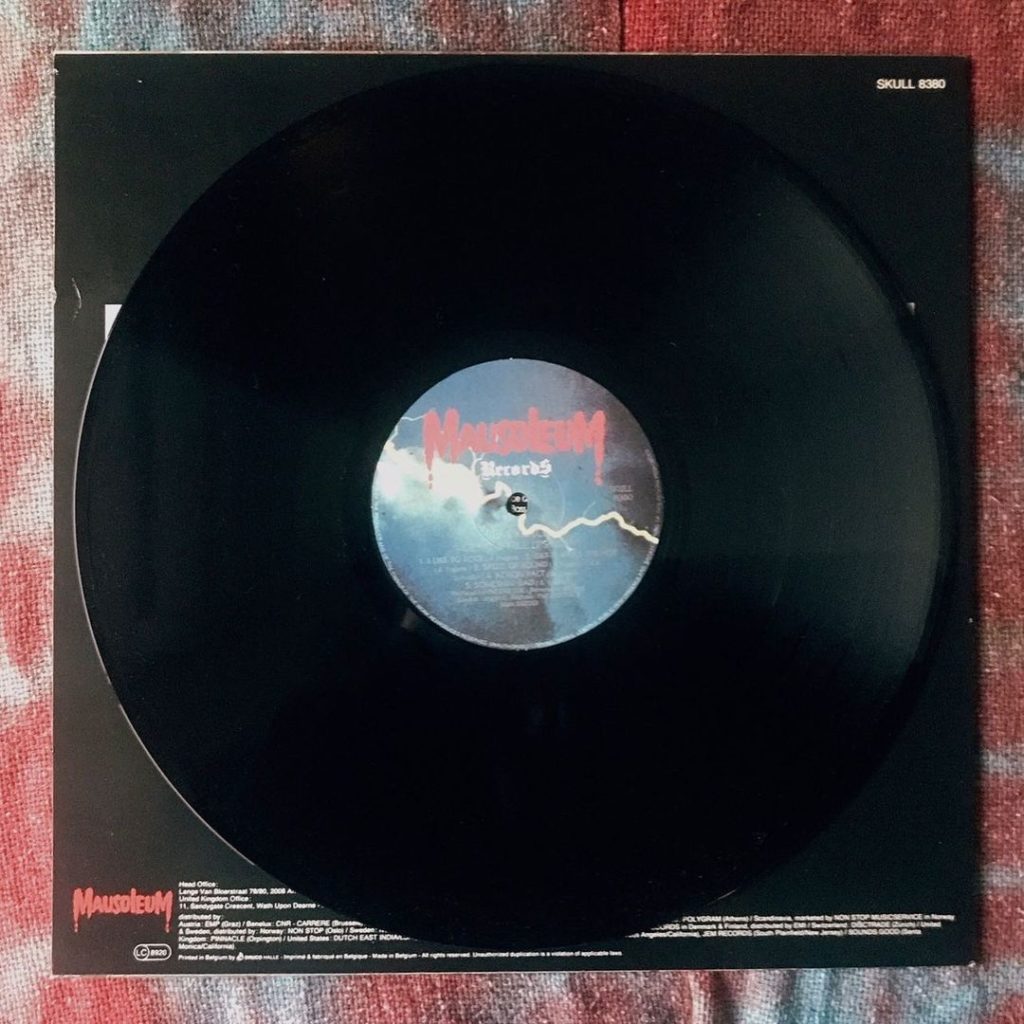 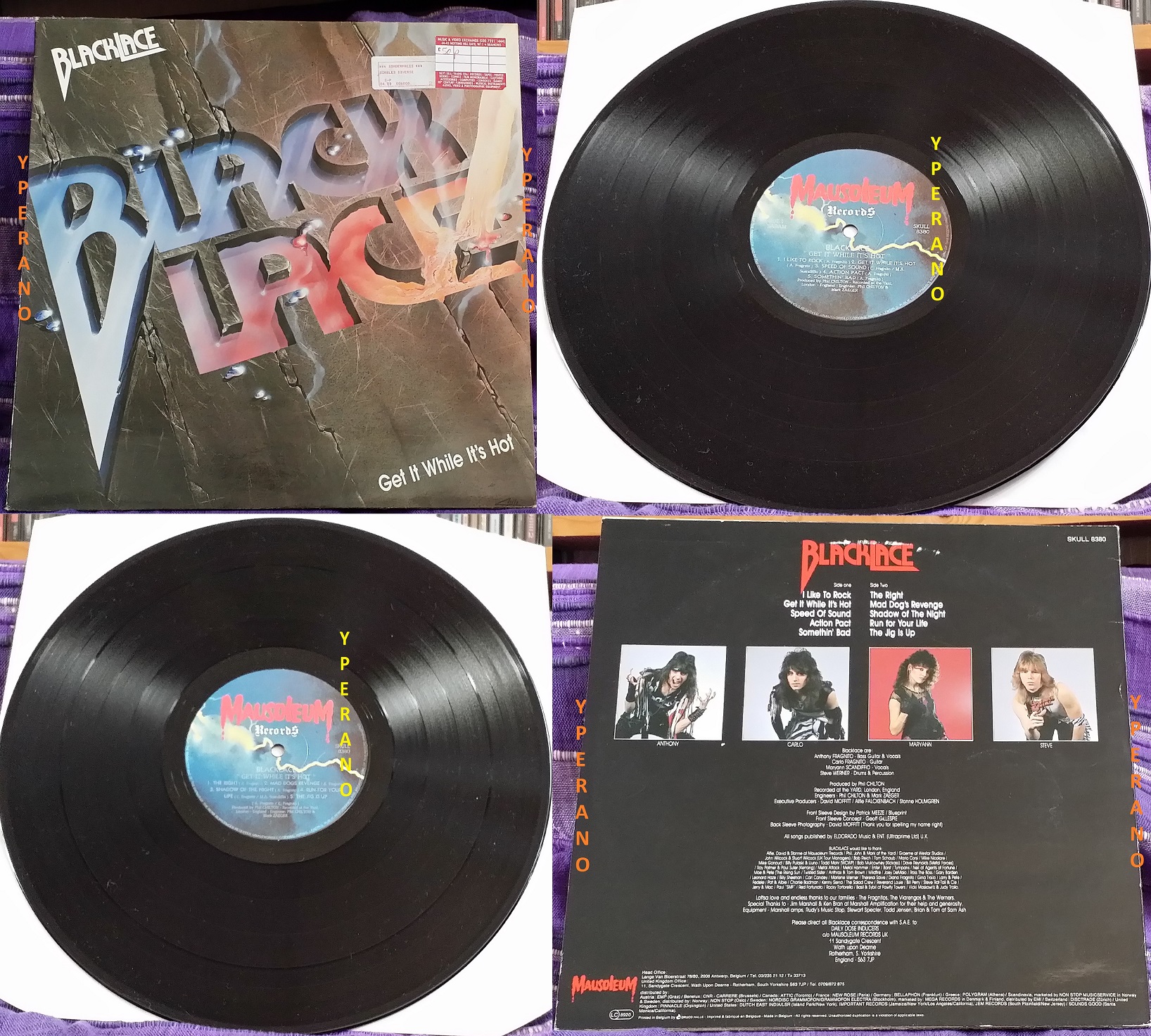 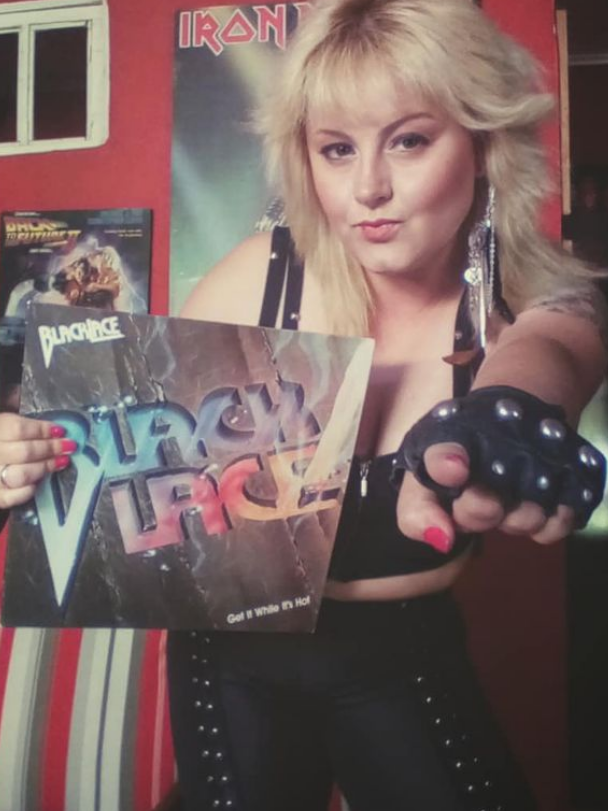 Step with me into a time machine, which brings us back to the early eighties. When we get out, we see it’s 1982.The story of BLACKLACE starts. The band was founded in New York by Carlo and Anthony Fragnito. Very short after this they found MaryAnn Scandiffio to join them as a singer. In the early days they worked with another drummer than the one who plays on their two albums. This just didn’t work out, so Steve Werner filled in this space. Like any other band, BLACKLACE got into the spotlight through a demo tape “On The Attack” (which was recorded with the first drummer, by the way). Mausoleum got this tape and signed BLACKLACE for three years.
Very short after this deal their debut album “Unlaced” was a fact and BLACKLACE did a tour as support to PLASMATICS, MANOWAR, ZEBRA, TALAS and TWISTED SISTER. “Unlaced” was quite a success. Co-produced by Ross the Boss (former guitarist of MANOWAR). They sounded a bit like THE RODS, but now fronted by the raunchy vocals of MaryAnn of course. “On The Attack” and “Hots For You” were also on the demo, which got them the record deal. The album even introduced their producer Jeff Waxman, who plays some keyboard parts and manager Bob Reich, who did some additional background vocals. Heavy guitars, pouding drums and MaryAnn’s voice made this album to a very successful one in Europe. Also, when you find a copy, don’t hesitate to buy it, cause you’ll definitely won’t be disappointed. Especially the two aforementioned songs of the demo are the highlights. You can’t go wrong after this, one should say. And right you are. The success of “Unlaced” made BLACKLACE hungry.
In 1985, one year after their debut, they released “Get It While It’s Hot” and hot, they were! This album rocks your socks off. Surprisingly, you’ll also hear Anthony sing on this one, but I much more prefer the rawer voice of MaryAnn, I can tell you! This doesn’t mean that the album doesn’t rock! “Mad Dog’s Revenge” is an instrumental track, that shows the great musical talent within the band. The other songs sound more or less the same as on the “Unlaced” album, but with a much better production. Album closer “The Jig Is Up” sounds very much like ALDO NOVA’s “Fantasy”, but this seems to be just a coincidence, according to Anthony. All in all, BLACKLACE issued two very strong albums, but then suddenly seemed to drown at the top of their success. The only thing that we know for sure is, that MaryAnn had a very good job, while she was in BLACKLACE and she took her job very serious. Besides her involvement on the two BLACKLACE albums, you can also hear MaryAnn sing on the “Trasher” album together with her friends of ANTHRAX. The album was produced by former RODS drummer Carl Canedy. Check it out, you’re gonna be surprised!
Returning to earth after our trip through time, one thing still remains. BLACKLACE will always stay in our minds as a solid rock band and definitely won’t be forgotten. Although the two albums might be a bit hard to find in their original LP form, record company Mausoleum made it easy for us and reissued these two hot items on CD. So, you’ll be able again to enjoy the great heavy sound of BLACKLACE. Get them, now they’re still HOT! 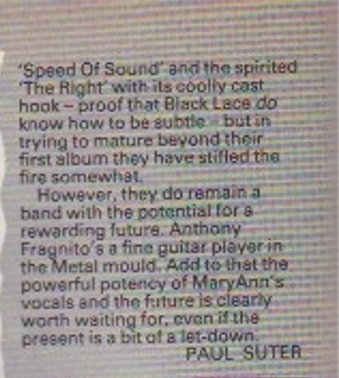 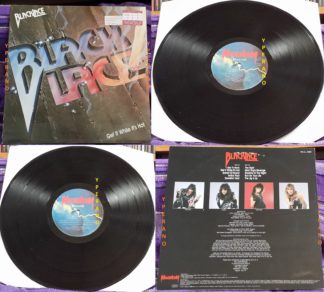