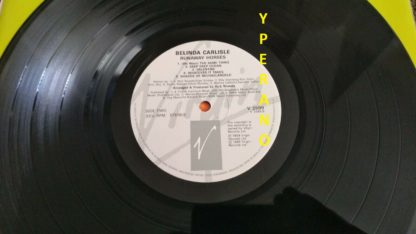 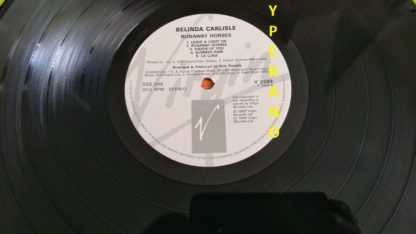 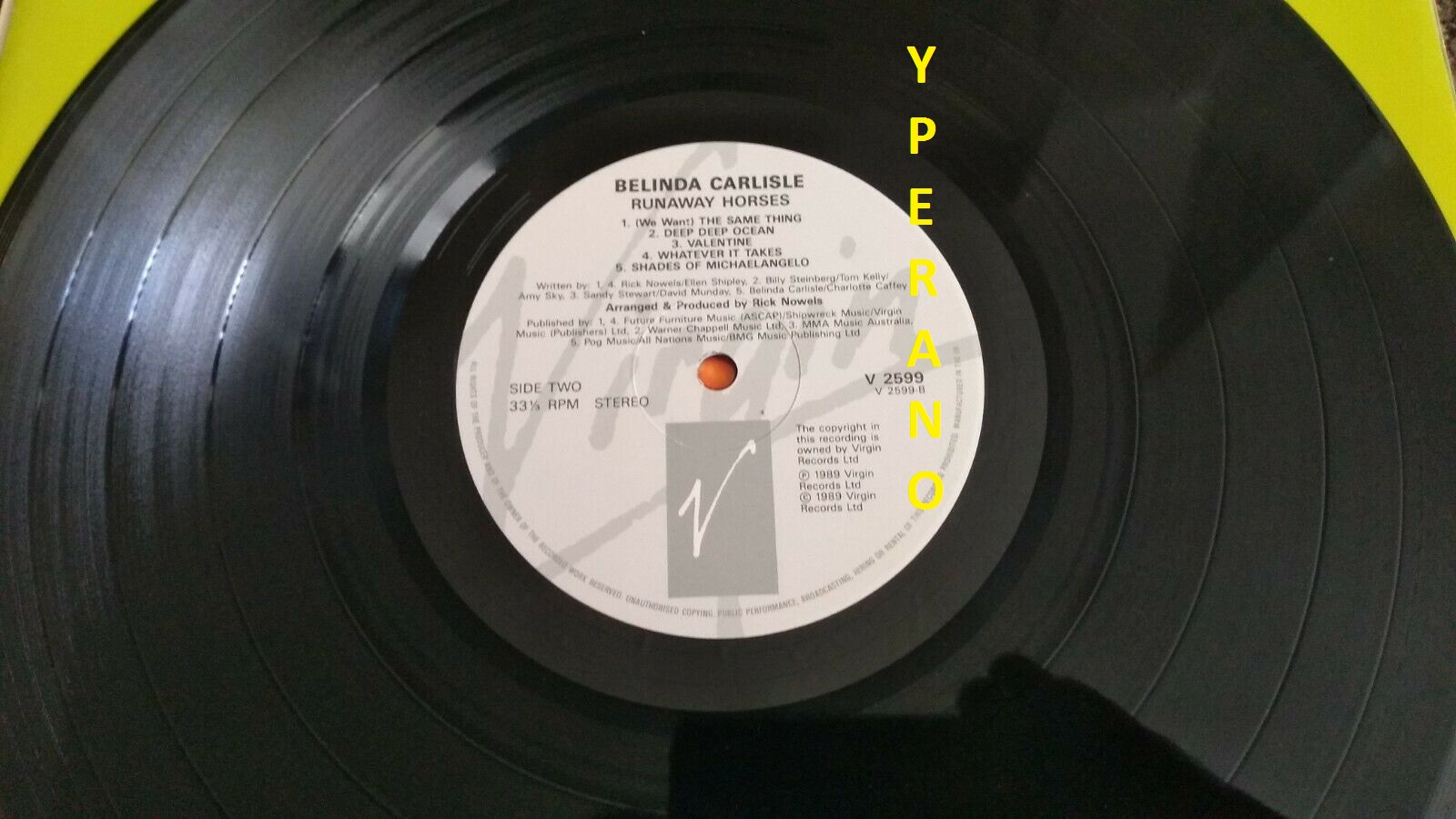 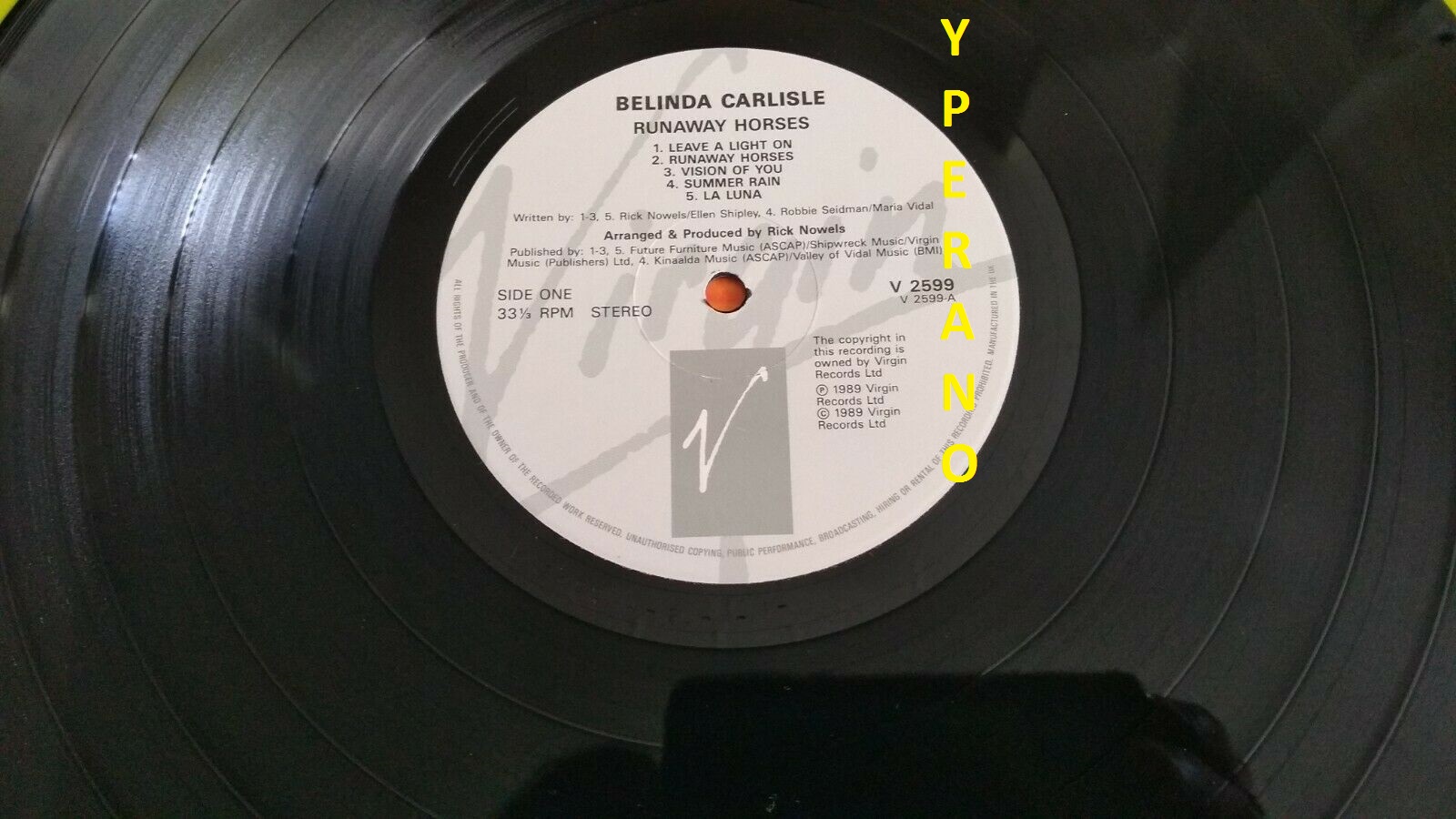 Runaway Horses is the third solo studio album by American singer Belinda Carlisle, released in the United States on October 17, 1989 by MCA Records. The album featured songs written by Rick Nowels, Ellen Shipley, Charlotte Caffey and a song co-written by Carlisle herself, making Runaway Horses the second solo album that had her songwriting included since “Gotta Get to You” from her debut solo album “Belinda”. The album saw also the collaboration of ex Beatles George Harrison and Bryan Adams. Harrison didn’t work with many people after leaving the Beatles, and after his death, his wife told Carlisle that he agreed to work on her album because he loved her voice. The album debuted outside the top twenty on the U.S. Billboard 200, and sales fell considerably short of those of Carlisles previous album, Heaven on Earth (1987).

As strong as Heaven on Earth her most polished and slicker album to date. The album made its debut on the Billboard 200 on October 21, 1989 at the lower ends chart but on the second week it jumped past the top one hundred to number fifty-five. After seven weeks of slowly moving up the charts it charted at its peak position in the U.S. at number thirty-seven, a lower position than her two first albums. The album then slowly fell down the charts from then on making no rises and spent a total of twenty-five weeks in the Billboard 200 and was certified gold by RIAA. Runaway Horses was Carlisles last album to chart in the U.S. then became the first indication that the success of her solo career would be found in the Europe and Australia, not the U.S.
The album debuted on the UK Albums Chart on October 30, 1989 at number four, the highest debut for Carlisle on the albums chart. It spent two more weeks in the top ten then fell down the chart slowly and after twenty-one weeks it fell out of the top seventy-five. It made three re-entries but it wasn’t until the third entry that it jumped back into the charts at number sixty-six, a year and two months after its release. After five weeks in being in the charts again it broke the top ten and stayed in there for three weeks only managing to get to number six. The album spent a total of thirty-nine weeks in the charts and being certified double platinum by BPI. Belinda was presented with her double disc award live on ‘Going Live’ on BBC 1.
The album was also a success in Australia peaking at number six, accrediting double platinum and becoming the twenty-fourth highest selling album for 1990.
The singles released from Runaway Horses were successful in most music markets, the album giving Carlisle four more top ten singles. “Leave a Light On” was the first song released from the album and became a top ten hit around the world including the UK where it hit number four accrediting silver, Australia where it hit number five and Canada where it hit number six. The song missed the top ten in the United States in December 1989 peaking at number eleven. “La Luna” was the second song released from the album and became a top forty hit in Australia and the UK, also becoming her third top ten in Switzerland. “Runaway Horses” (the title track) was the third song released, but was not as successful as the other singles, only managing to reach number forty in the UK. “Summer Rain” was the fourth song released and became a top ten hit in Australia, but the song only charted in the top thirty in the UK and U.S. “Vision of You” was the fifth song released and became the lowest charting single on the album only peaking at number forty-one in the UK. In 1993 US Singer Jennifer Rush made a cover of Vision of you both in English and Spanish. The sixth and final song released from the album was “(We Want) The Same Thing”, becoming Carlisles fifth top ten single in the UK. For its single release, We Want the Same Thing was totally remixed from a Country flavoured track to a massive Pop hit.

(1989 UK 10-track vinyl LP, including Leave A Light On and We Want The Same Thing, housed in a picture sleeve with lyric inner. The sleeve and the vinyl are excellent V2599).