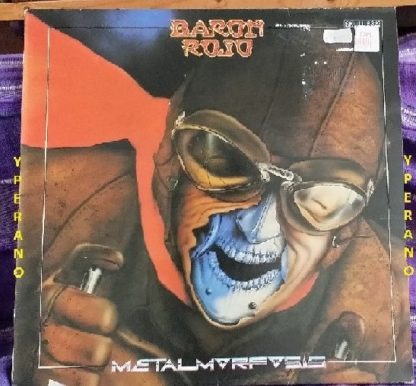 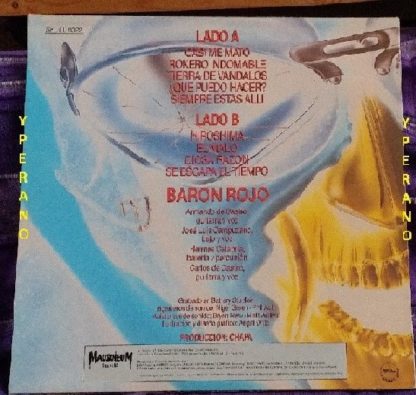 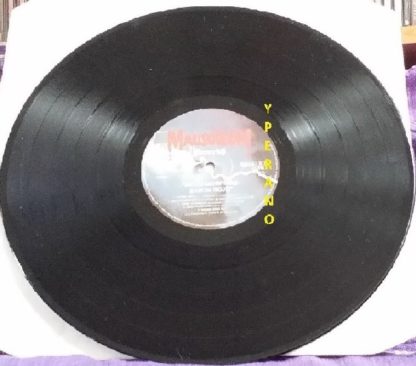 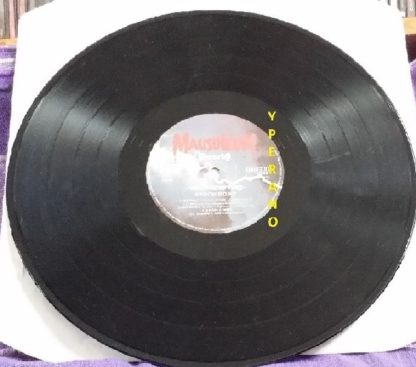 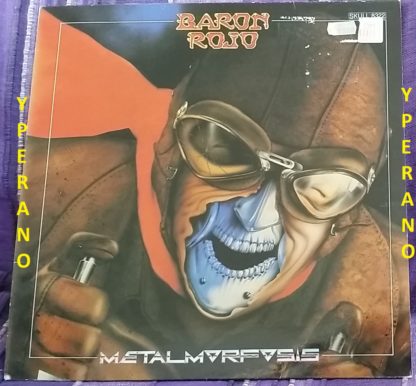 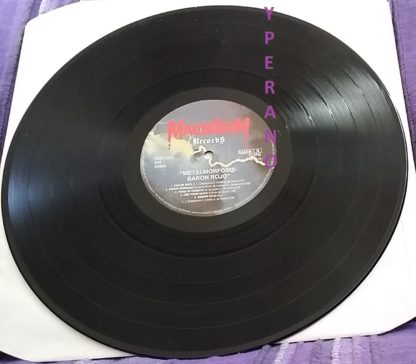 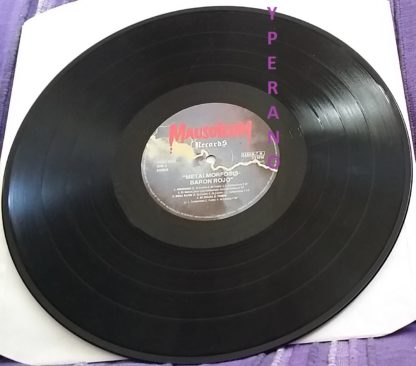 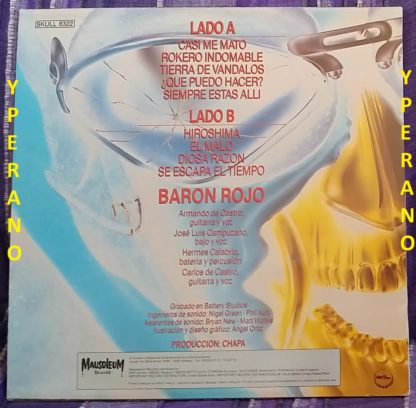 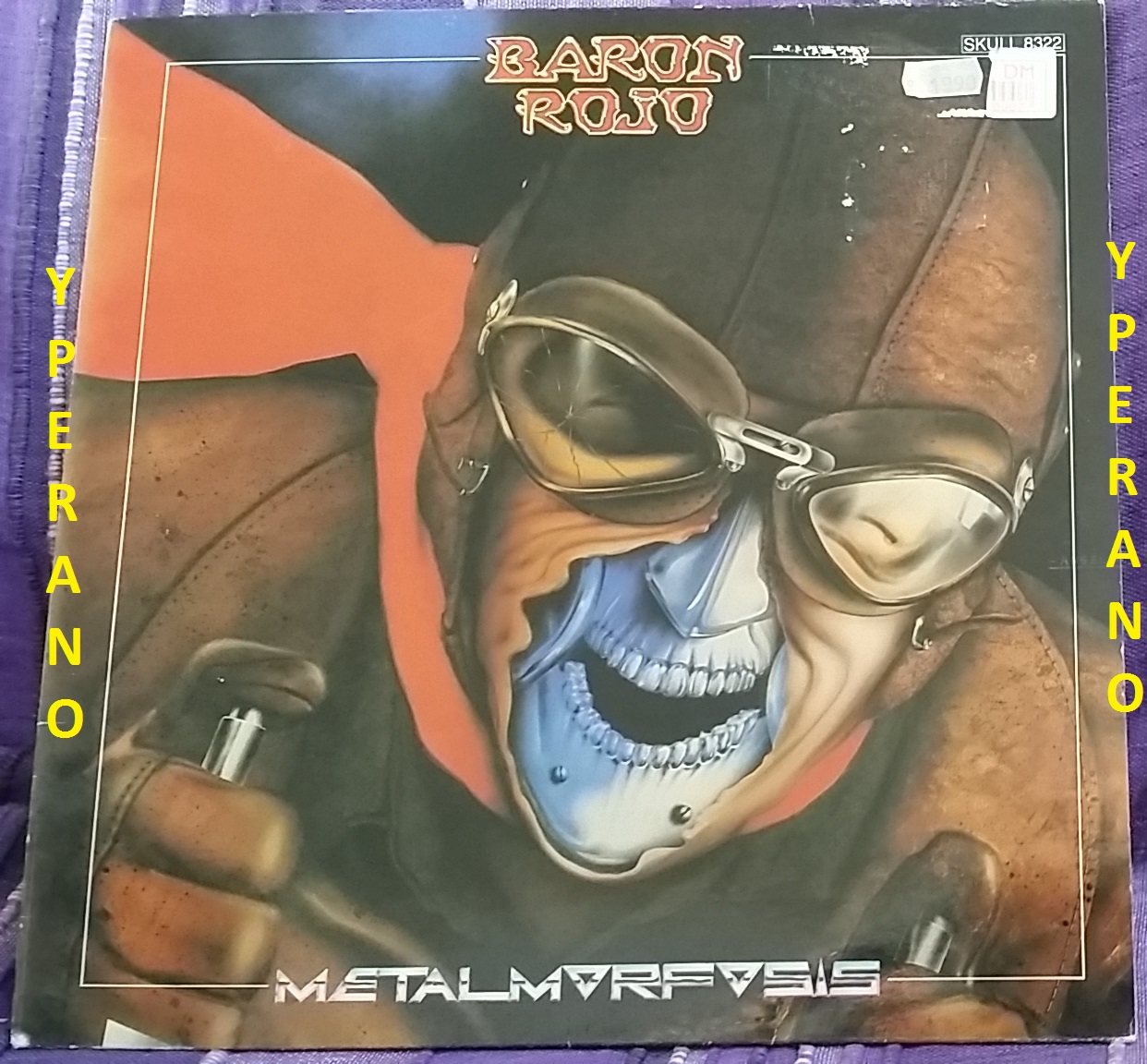 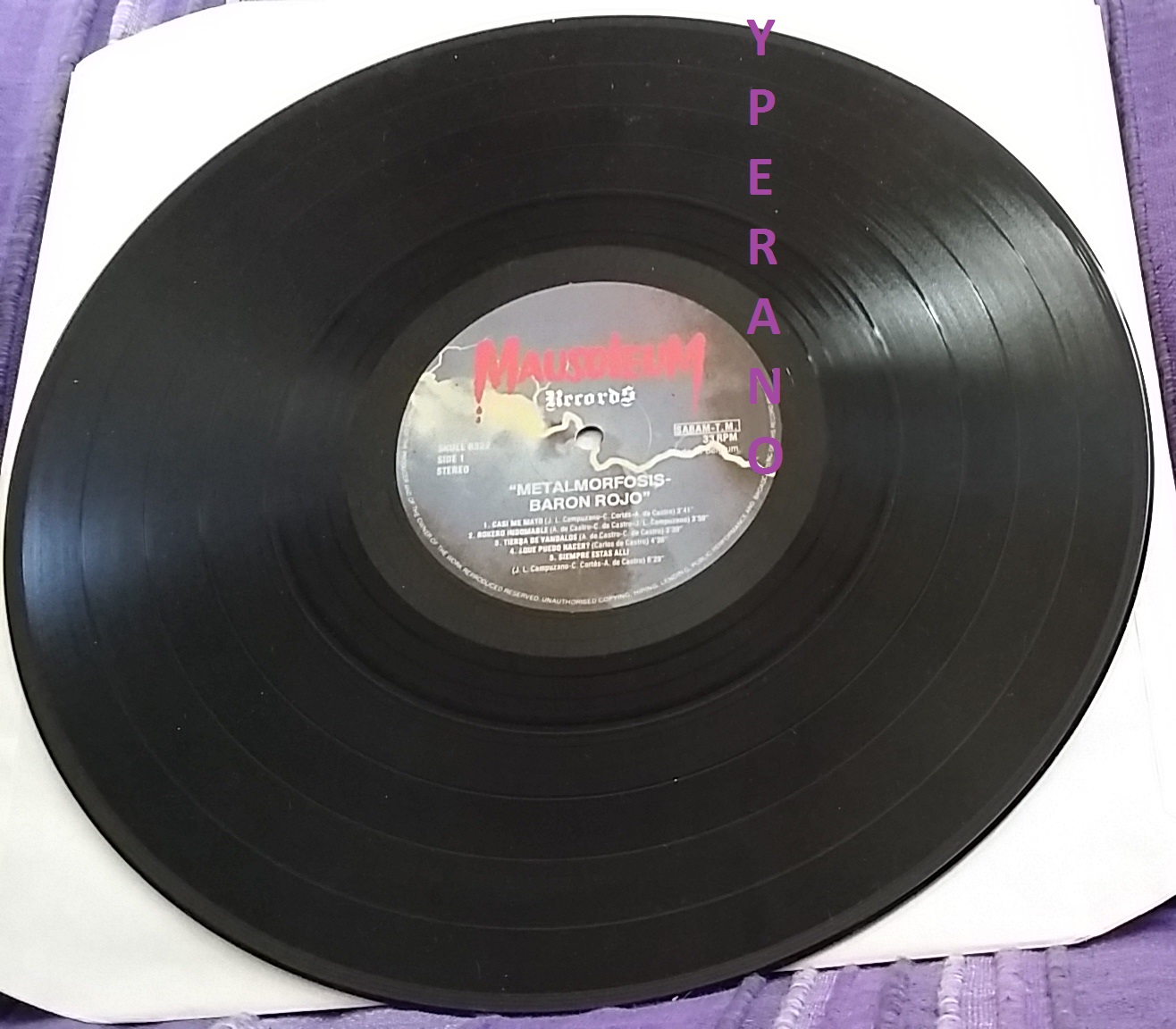 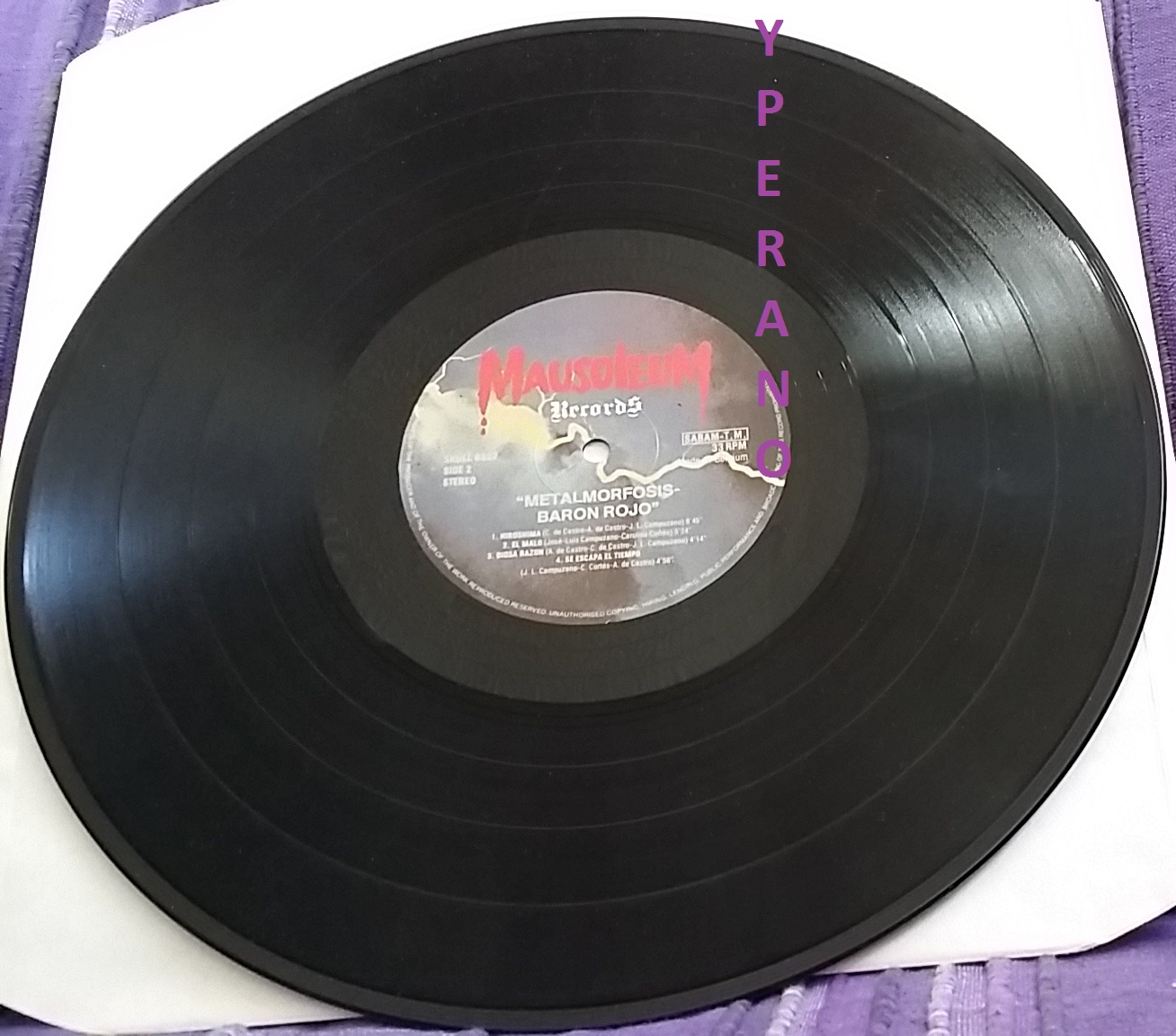 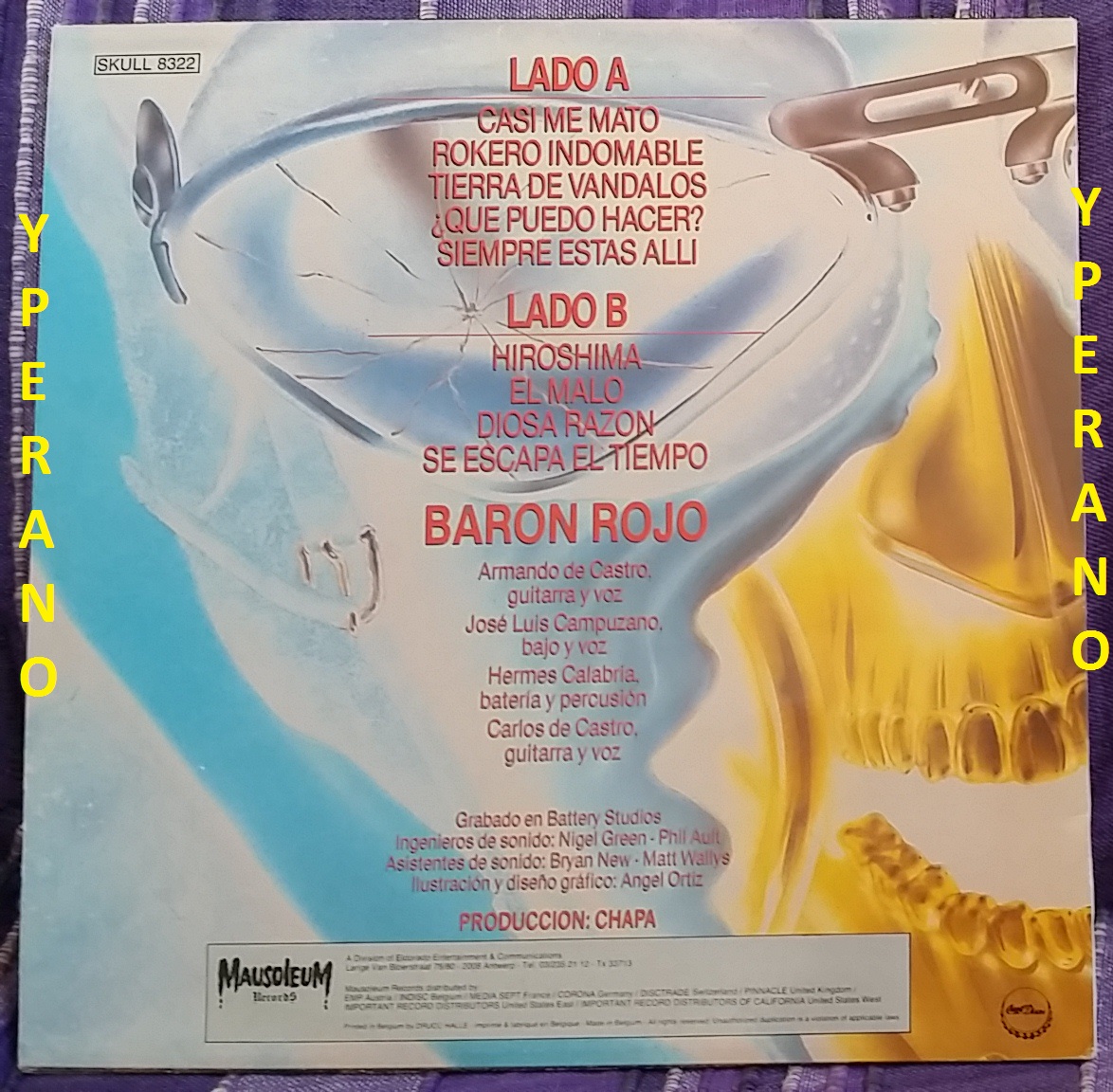 UP UNTIL now I haven’t had much time for the Spanish Baron’s brand of heavy rock. But just one spin of this, their third LP, has for me proved ‘I-can-pick-’em’. ‘Metalmorphosis’ really is an excellent album.

Whether by choice or because their previous British label, Kamaflage, has collapsed, this is a Spanish only album available on import. Buy it and dig out your old phrase book from the bottom of your suitcase if you really want to know what they’re singing about, but really it doesn’t matter. Baron Rojo let their music do the talking and this record shouts plenty loud enough to get the message across.

The de Castro brothers, Armando and Carlos, on guitars work well together producing good riffs and some smart solos – often reminiscent of Schenker. Listen to them on the furious opener and chosen single ‘Casi Me Mato’ or the following ‘Rockero Indominable’ (which sounds for all the world like a ‘Deep Purple In Rock’ out-take.) Their unique vocals work for the Barons, giving them a style and an identity all their own,

Flip it over and you’ll hear ‘Hiroshima’; a tried and tested theme, done here very well with strong harmonies, a swaggering riff, a suitably oriental feel and cataclysmic ending. Then comes ‘El Malo’…

I could go on, but perhaps you’re giggling at the titles. DON’T! This is far more than just another continental import. I think you’ll be as surprised and impressed

– baron rojo#1
esta banda es una leyenda del metal latino,son de españa y le abrieron las puertas a muchas bandas de rock en español,en mi opinion este es uno de sus mejores discos tienen desde rock n roll,baladas de rock y metal clasico,metalmorfosis esta altamente recomendado
—————————————————-
– Solid metal release
BARON ROJO never gained much notoriety. For a brief span of time in the eighties, they managed to be a little bit popular in the U.K. WHen the New Wave of British Heavy Metal succumbed, also they almost did… But they persisted and are still nowadays the best metal band from Spain.
——————————————————
METALMORFOSIS is a solid release back-to-back. Not a single filler here, everything is harmonious and aggressive, sheer quality metal. But the songs are really great, mainly QUE PUEDO HACER (WHAT CAN I DO), EL MALO (THE BAD GUY) and TIERRA DE VANDALOS (LAND OF VANDALS).
—————————————————–
I bought this album because I wanted to hear a Metal band that didn’t speak English and didn’t hail from Germany. Well, this turned out to be a good purchase. Theres some solid tunes on Metalmorfosis. “Que Puedo Hacer” (either “What can I do”, “What I can do”, or “That I can do”) is very Iron Maidenish, while “Diosa Razon” has a chorus that you’ll be singing along to, even though you may not know it means “Goddess Reason” (well, I guess you do now). I have a feeling if this band was from England instead of Spain, they would have been a very popular group. They have a very definate NWOBHM sound, kind of like a mix of Tygers of Pan Tang, Witchfynde, Iron Maiden, and Ethel the Frog, although they have a unique sound all their own.
—————————————————
– Not a huge metamorphosis, just a bit more mature
I think that their Volumen Brutal was an all time classic. In this one a few do stand out: the ballad “siempre estas alli”; “El malo” is a song that sticks in your head mucho; and the closing song “se escapa el tiempo” starts out similar to the song “Baron Rojo” and also has some of the same elements but has a cool instrumental section in the middle where the bass and guitar dual it out back an forth (I think the bass wins). Only one of these songs showed up on their 2 disc live lp “Vivo”(which came out shortly after Metalmorfosis): “Tierra del Vandalos”, which helped it to be another song that gave it its own identity from the rest of the songs on this lp. This is not Volumen Brutal, but still a necessary purchase for me. As I listen to this right now one really cool song is playing: “Que puedo hacer?” It probably means “What can I do”? or What can you do”? The song is as good as the title. And yes, the ballad does sound quite a bit like the scorpions, particularly the vocals which sound like Klaus Miene (at least during this song) and the guitar solo tambien. The songs follow one another really well and they all sound good – no duds. Now I’ll translate this in Spanish for my Spanish brothers/ para mi hermanos en rock: muy bien!
————————————————————
– Hard metal at its peak!
This album is solid and powerful. The Spanish lyrics sound amazing, they flow effortlessly through the hard songs featured on this album. (their fourth studio album).

I simply love this album, if you love the New Wave of British heavy metal bands, you’ll love this. 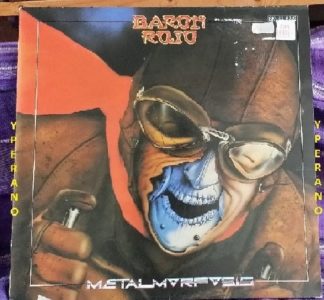