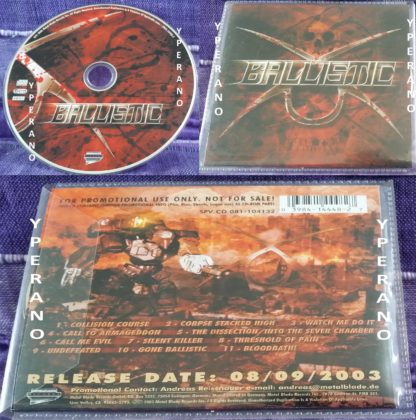 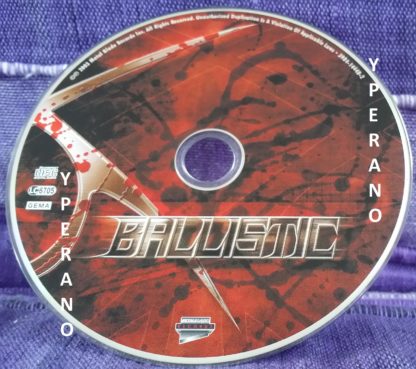 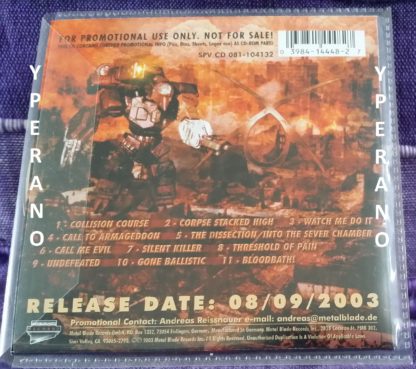 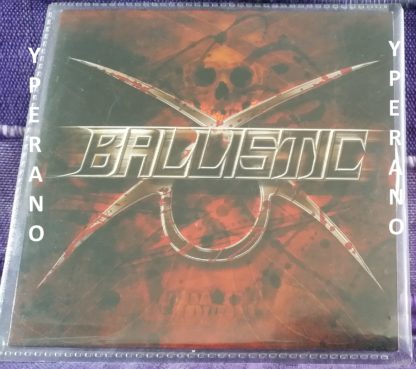 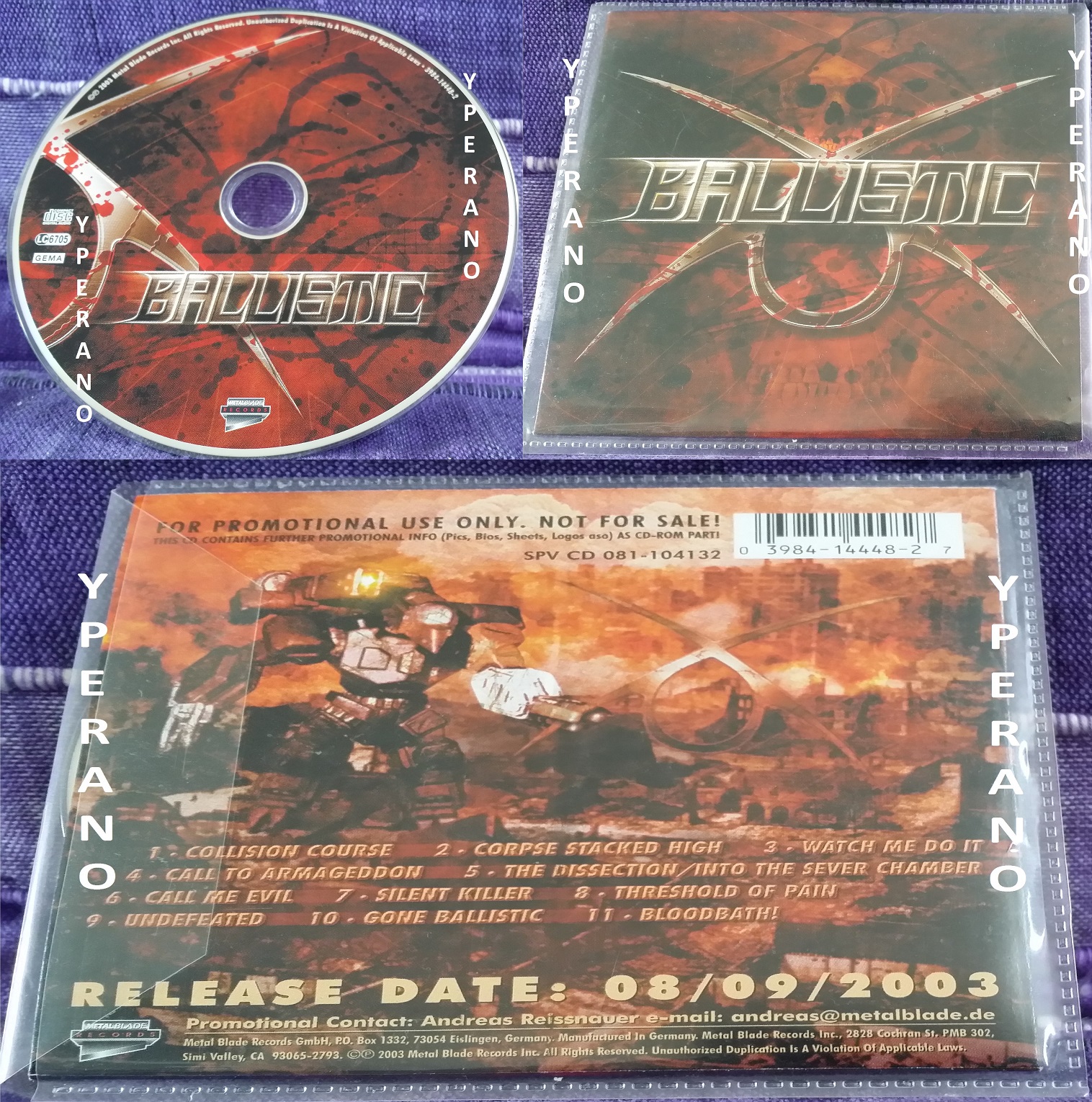 5.0 out of 5 stars Metal Monsters.  A very rich style full of speed riffs melodies and very aggressive. If you are an Accept, Paragon fan you’ll definitely like Ballistic.

quick foreword: Some might say I’m a bit lax when it comes to perfection. I don’t expect to find an album that’s timeless, because I don’t believe anything is truly timeless. I’d be happy if something created today is still smiled on ten years later. I don’t expect every album to be great, because my definition of great is something that drastically changes the way things are done when it debuts. For me, a perfect album needs just one thing: to be really fucking good! Luckily, that’s the case here.

MA defines Ballistic as Speed/Power metal. Wikipedia doesn’t even have a page for them. I call them Thrash. The band itself is a glorious collision of everything that made thrash great, and salutes both its origins and where it’s gone today. But what’s the whole without the sum of its parts? Illustrious former members include Tony Taylor, of Twisted Tower Dire, Harry ‘The Tyrant’ of Jag Panzer and Riot, and Chris Broderick, the current lead guitarist of Megadeth.

The current line-up might not have the same credentials, but what they lack in fame, they make up for in moxy. Tom Gattis, current vocalist and frontman, uses a wonderful power/thrash style for the majority of his work, but also does an admirable deathrash growl and a good forthright shouting style. Peter Petov, current guitarist, employs the same versatility in his playing, and is one of the most accomplished soloists to not be recognized. Seriously, this kid shreds. In fact, the entire band performs fantastically, and without delving into that tricky mire of over-technicality.

Anything a thrash fan could desire is present. There’s dozens of solos, riffs, bass lines, drum solos, aggression, melody, charisma, tempo changes, energy, chugging, and even a few (tasteful) pitch harmonics. Shout-along choruses and structural song progression dare you to be bored. Not only that, but I had to look this release up before I believed that wasn’t released in the eighties of early nineties. That’s some of the strongest praise I have.

There really isn’t a weak song on the album, and any of these could be a highlight on a different album. Do you like the Teutonic, almost deathy style of thrash? Check out Corpse Stacked High, or Dissection/Into the Sever Chamber. Like a more melodic NWOBHM or power/thrash style? You want Silent Killer. Punky or metalcore-esque fan? Call Me Evil or Call to Armageddon is for you. Remember Judas Priest’s ‘Painkiller’? Threshold to Pain will certainly jog you’re memory if you forgot. Finally, if you enjoy your thrash in an epic anthem-like way, Undefeated is your song. Be sure, this band isn’t genre hopping; they just show these influences the most in selected tracks.

Now, I’m sure your thinking “Well it’s great that the band knows its stuff, but does it bring anything new to the table?” Collision Course, Bloodbath!, Watch Me Do It (my personal favorite) and Gone Ballistic are strictly in their own unique style. Important note: The bass solo in Gone Ballistic is the most blistering I’ve heard since Quorthon’s in ‘Twilight of The Gods’. In short, no fan should be without this release. In fact, why are you still reading? Go get it!

In an ineffective attempt at criticism, I hate the album cover. Okay, to be honest, it’s cheesy, and when I say it, I mean both the cover, and the music. However, it’s my view that cheese is one of those strict matters of personal taste, and I find that it adds to the piece, in a Manowarish sort of way. The music just wouldn’t be the same if it was any more serious. If your still hung up on the cheese issue, just focus on the technicality.

Ballistic is just another band I recently discovered by simply surfing the web. This is a pretty new band on the market, this album being their first full-length release, and having released a demo in 2003 called Gone Ballistic. Ballistic play mainly melodic/speed metal, but I just can’t ignore the fact that Tony’s Dickinson-esque vocals FUCKING own the living hell out of most recent melodic metal releases.

Fucking hell – this stuff almost sounds like old-time Maiden (the era we all loved most)… Yep, it’s all there. Amazing vocals, speedy and melodic riffs, and of course the solos…oh fuck. Those also sound a lot like Maiden, and also sometimes – dare I say – they’re even better than Maiden.

The best song on here, the one you’ll all be headbanging too almost every time you hear it, is undoubtably “Call Me Evil”. It starts off with a powerful melodic riff, accompanied by an harmonized lead guitar. The verse is a simple Maiden-esque riff accompanied by the above-mentionned amazing Dickinson-esque vocals. And then there’s the solo, which sounds like Maiden, and almost even better. The good thing about this album is that most of the songs are almost as good as “Call Me Evil”.

These guys have what it takes: The talent, the skills, and they sound like professionals already. If you like Maiden, it would be a shame if you didn’t have this album. Very highly recommended.

…..Into the valley of the king!

Following the “Gone Ballistic”-demo, which itself was better than most releases this millennium, comes this self-titled masterpiece. It’s basically quite thrashy speed metal combined with power metal elements. The album blasts off with Collision Course and the energy, the violence, the fierce technicality reigns throughout the entire album. The one exception would be Call To Armageddon that is pretty much chaotic but not anything else.

All the instruments are played more than excellent, they all deserve special notes. The drumming, especially on Threshold of Pain is something really amazing. The energy, the steadiness, the superb rhythms and the way they are conducted sure grants Rikard Stjernquist a high place in a Hall of Fame for metal drummers. And Petio Petev’s lead guitar and Tom Gattis’ guitar playing, it’s just brilliant! Stunning leads, very good riffs… The bass, played by Tim O’Connor, is probably the least brilliant one but it’s ingenious anyway… On this album Tom Gattis sung the vocals, he had to stop that later since it caused him severe headaches. They made him faint a few times. But here, his performance is more than you can ask for. The powerful voice, the anger, the hate… I think he is the main songwriter and one cannot but notice how emotional he is. Either way he has a perfect sense for melodies, rhythms, riffs and how they should combine. Even the lyrics are excellent; I can’t find a single thing on this CD to complain about. A band can’t make a better debut. 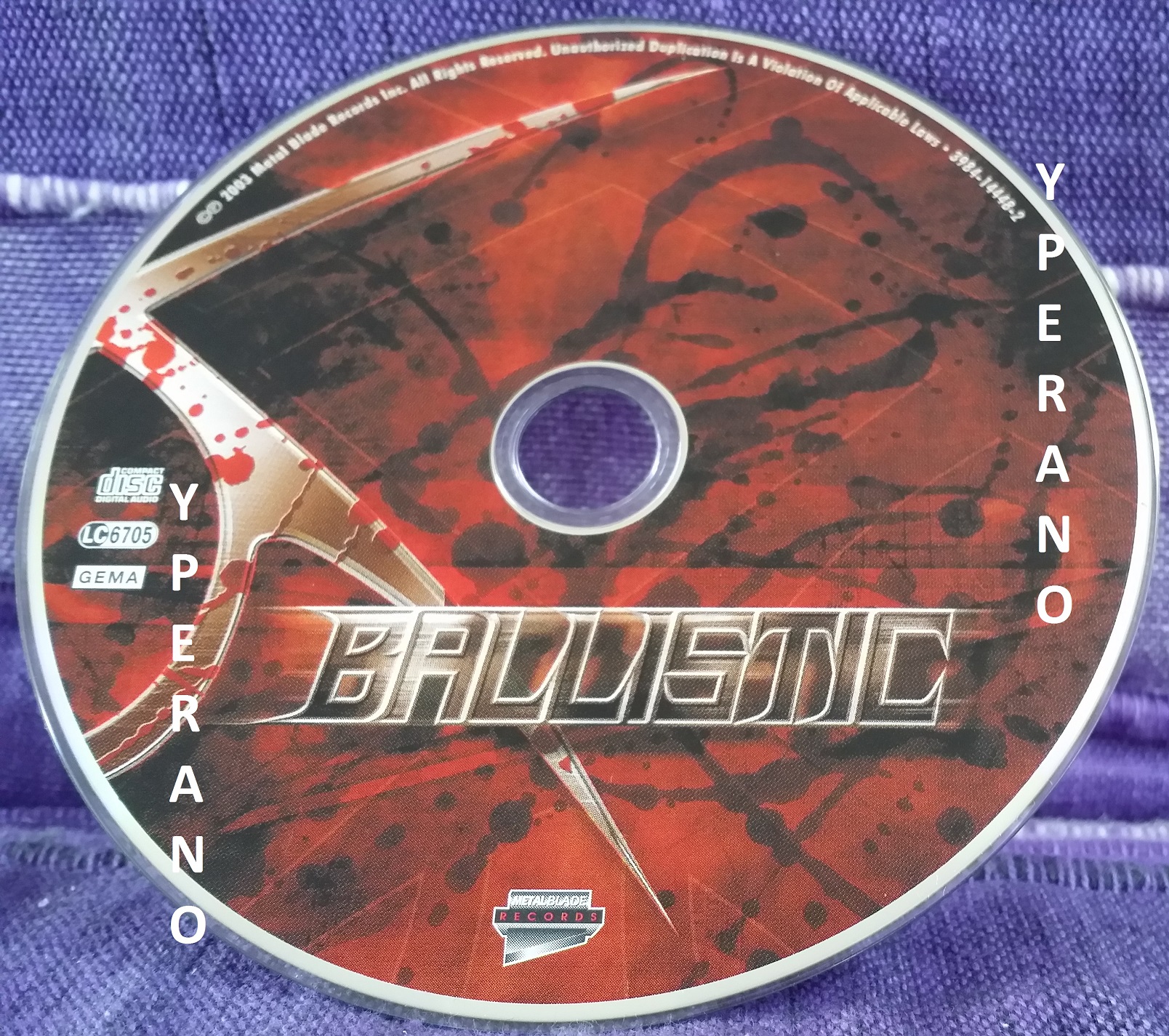 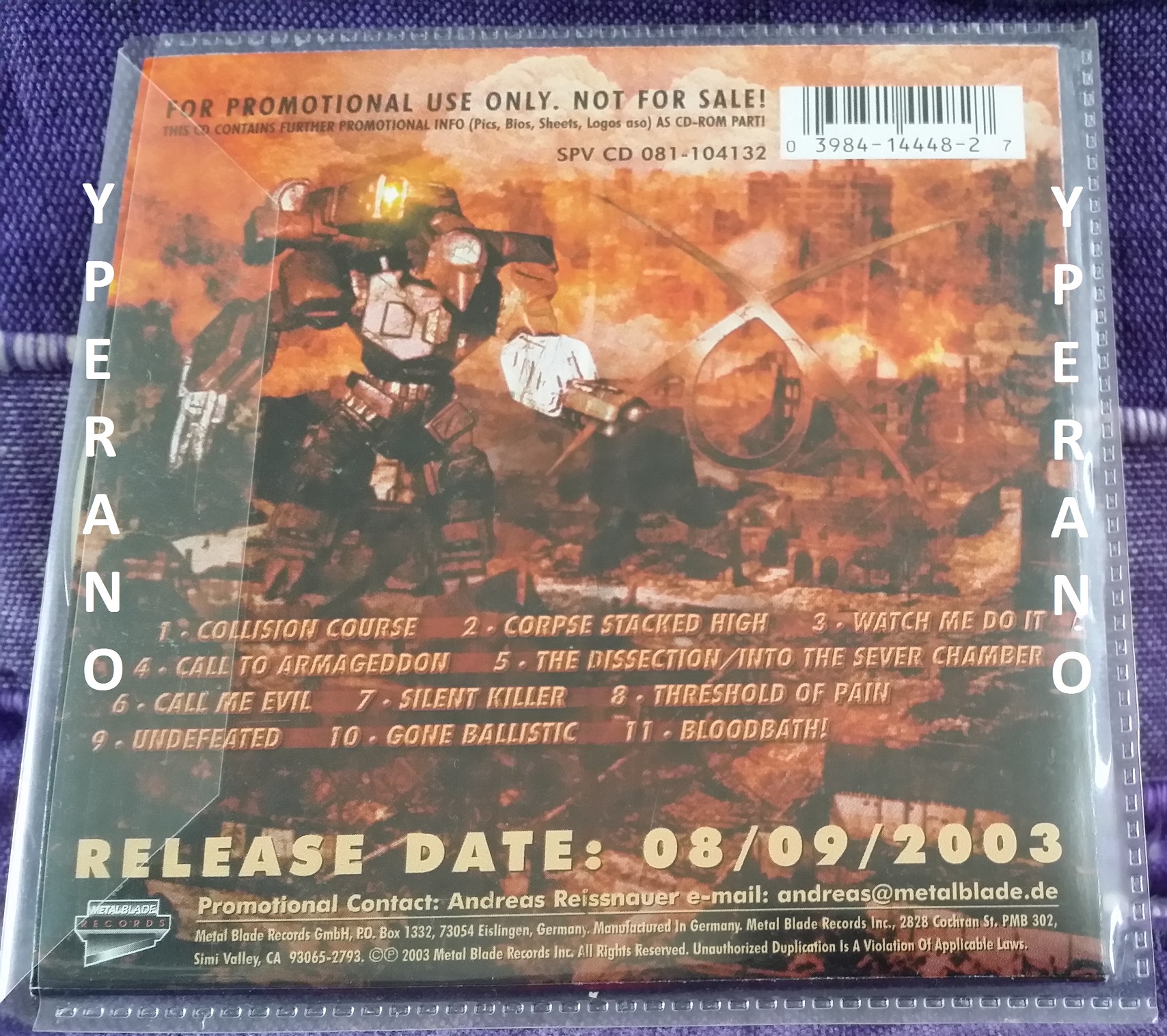 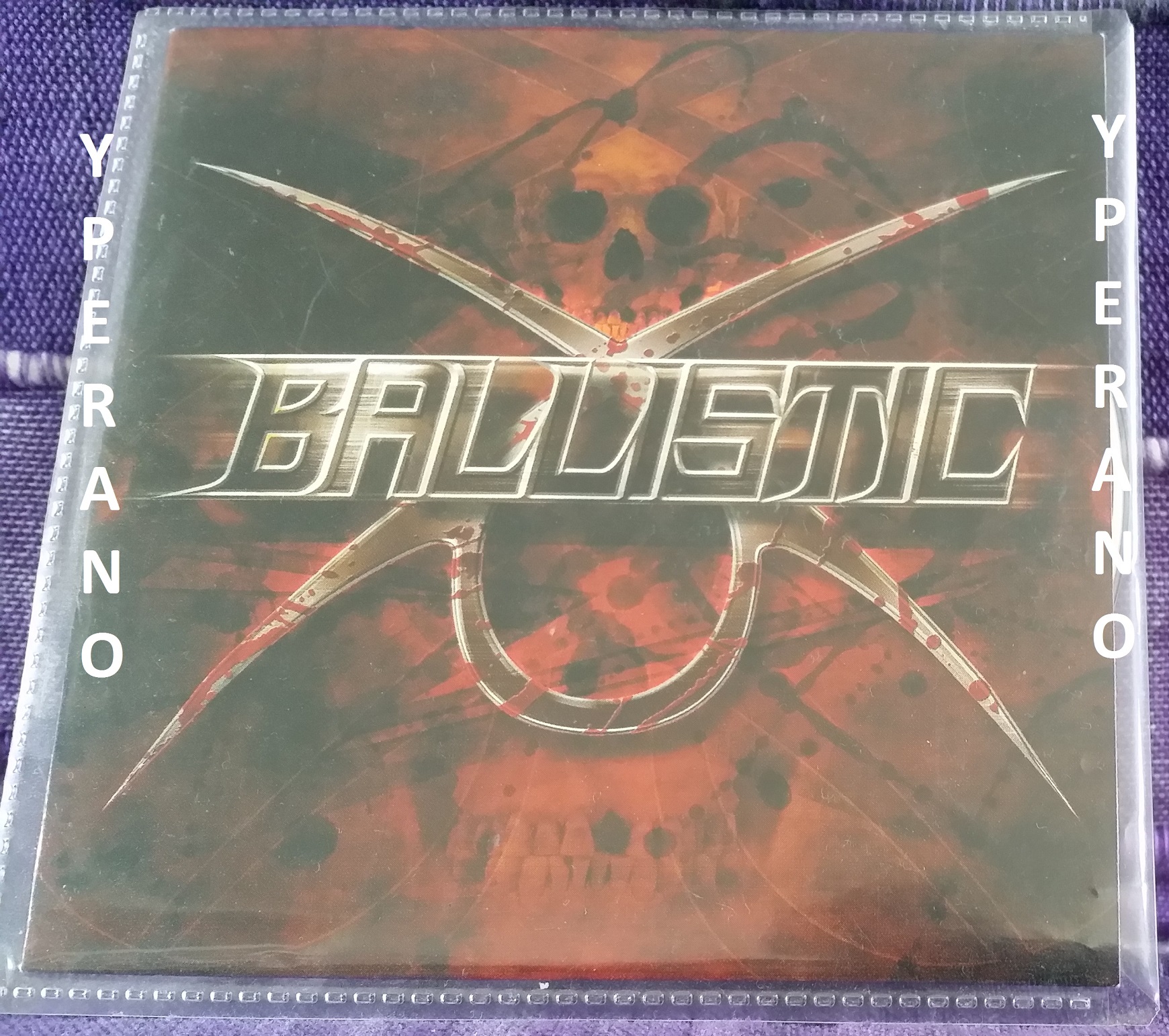 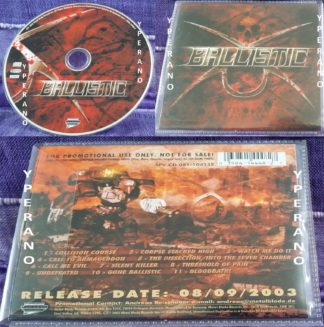