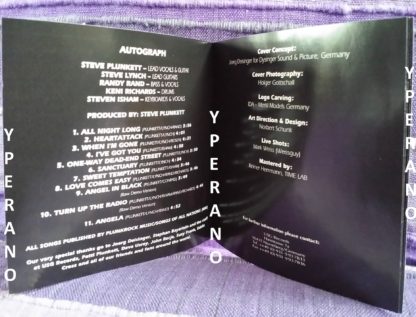 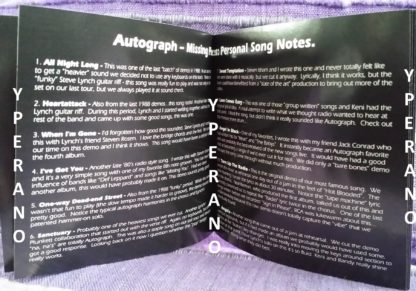 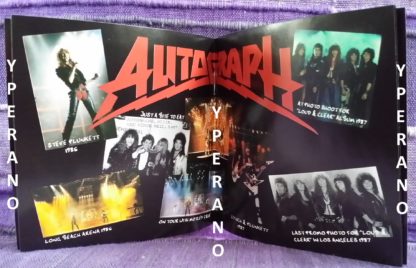 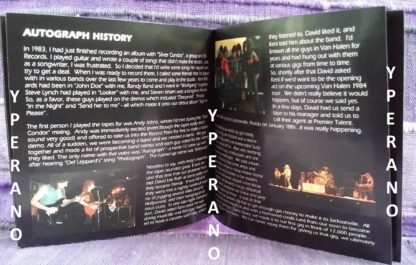 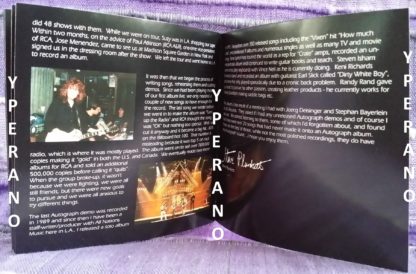 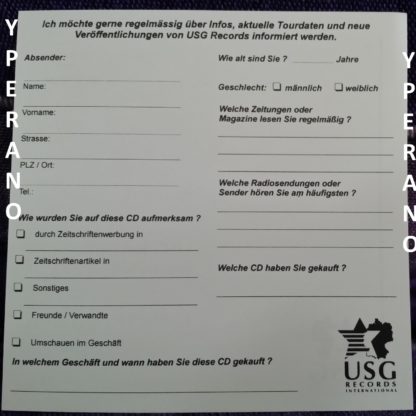 5.0 out of 5 stars excellent lost hair metal,
One of the best bands in the genre, Autograph never released their 3rd album, though you can find most of the material in this posthumous collection – just great stuff from the golden era!

5.0 out of 5 stars Unreleased material, but still rocks!!,
If you are a fan of Autograph or any of the glam metal bands of the eighties, then this is a must have album. Several of the tracks are presented in their raw studio demo format and lack the slick 80s production sound we all know and love. However, most of the songs on this CD really smoke and one wonders what the final album would have sounded like. “When I’m Gone”, “Love Comes Easy”, and the demo version of “Angel in Black” are particular standouts!!! You also get to hear the original, unreleased, alternate lyrics version of “Turn Up the Radio”. It sounds strange, but it grows on you!!

5.0 out of 5 stars Definitely a keeper,
I was really surprised that they put out a new CD. Steve and the rest of the guys did a great job on this release. I think if I had to pick a favorite it would be track 4, I’ve got you. Its an 80s glam band power ballad. Other notable tracks are #5, One-way dead-end street and the raw demo version of angle in black and turn up the radio are very good as well. I hope you all enjoy this recording as much as i do.

5.0 out of 5 stars great 80s sound-not new material, just songs never released,
Steve Plunkett released these songs that were raw versions of songs that didn’t make any of their three rca cds. Typical rockin’ Autograph material, good guitars. If you were into what Autograph did in their CD releases then you’ll love this one, it adds to your Autograph collection nicely. If you like Dokken, Ratt, Warrant from the 80s early 90s you will love this! 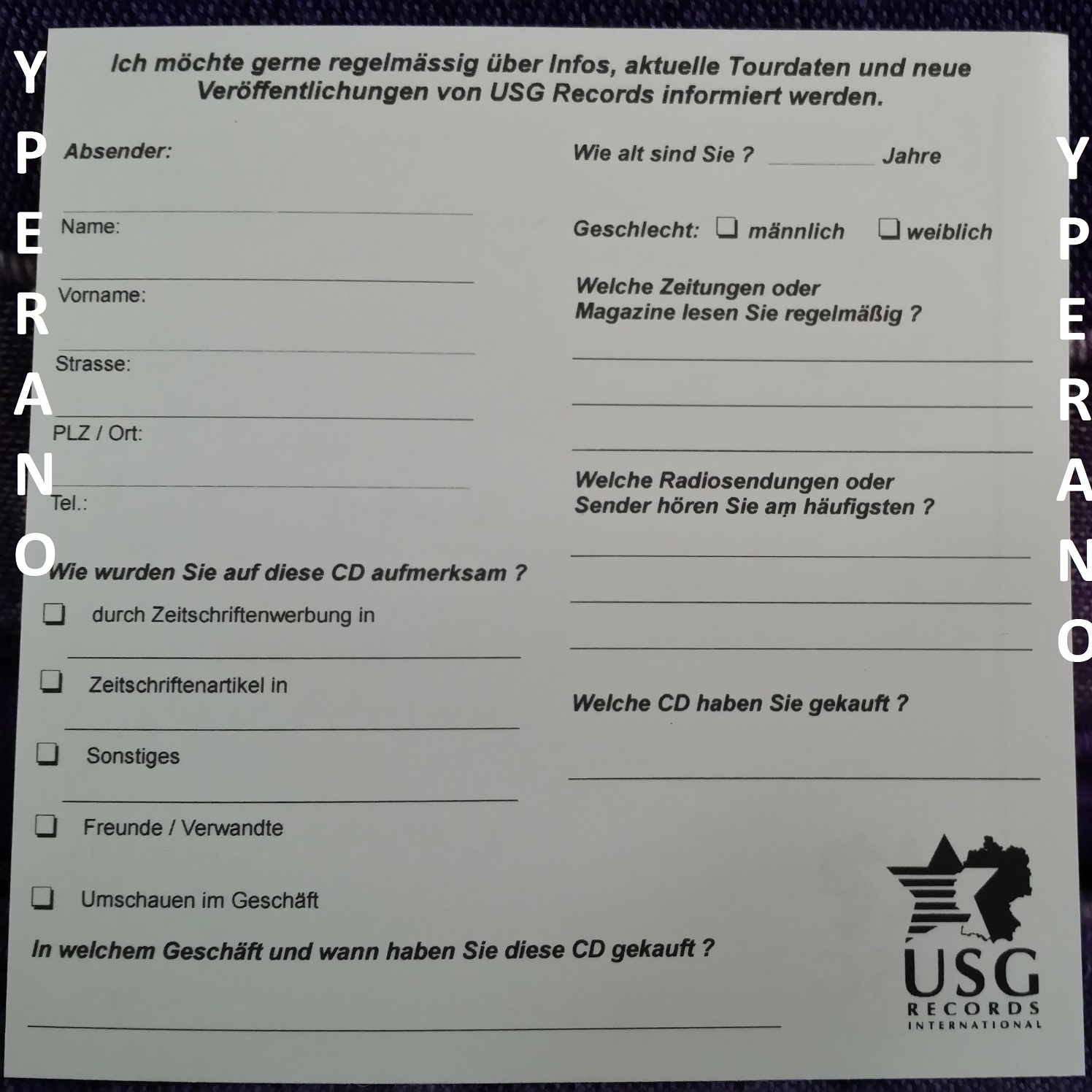 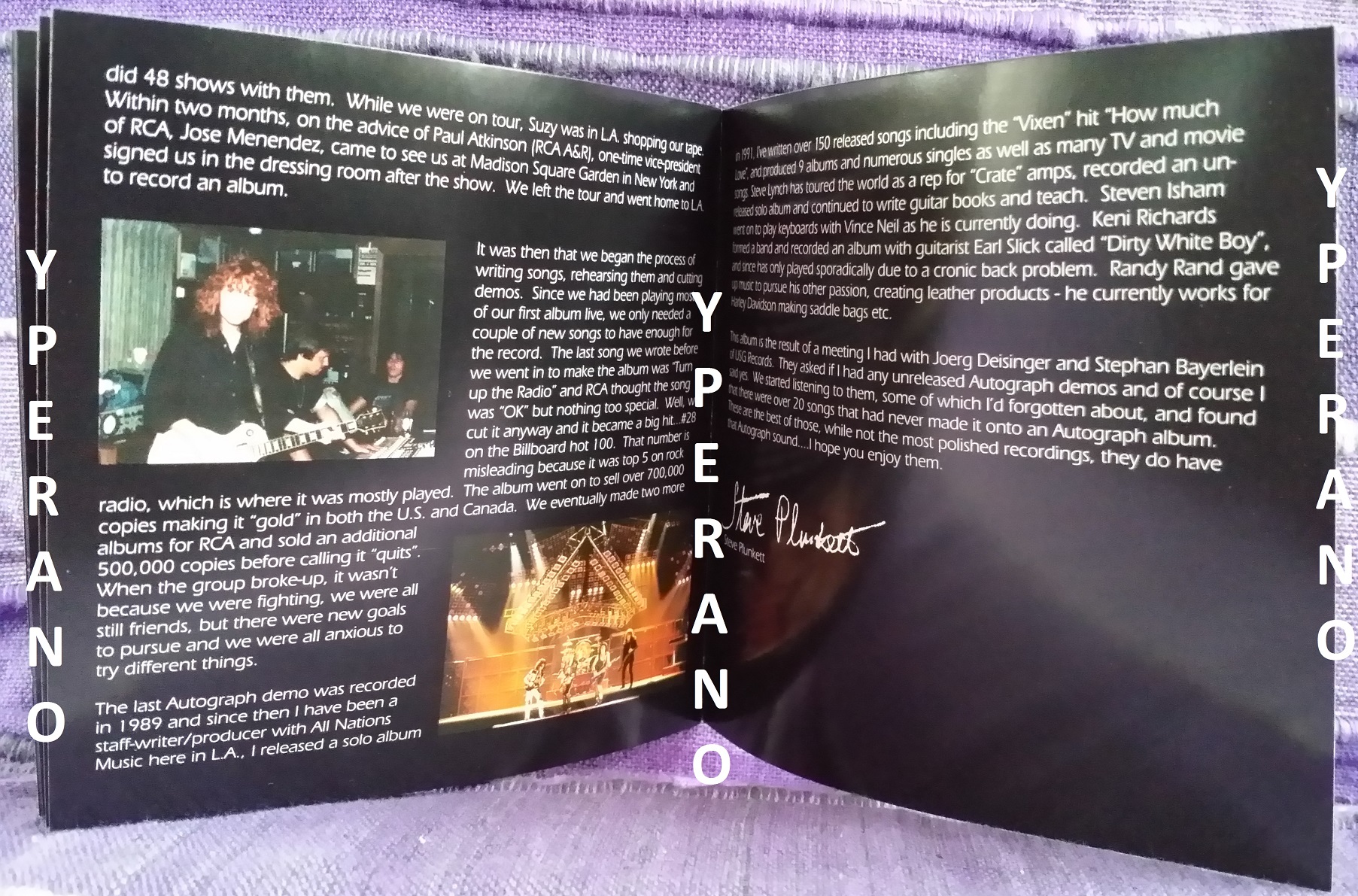 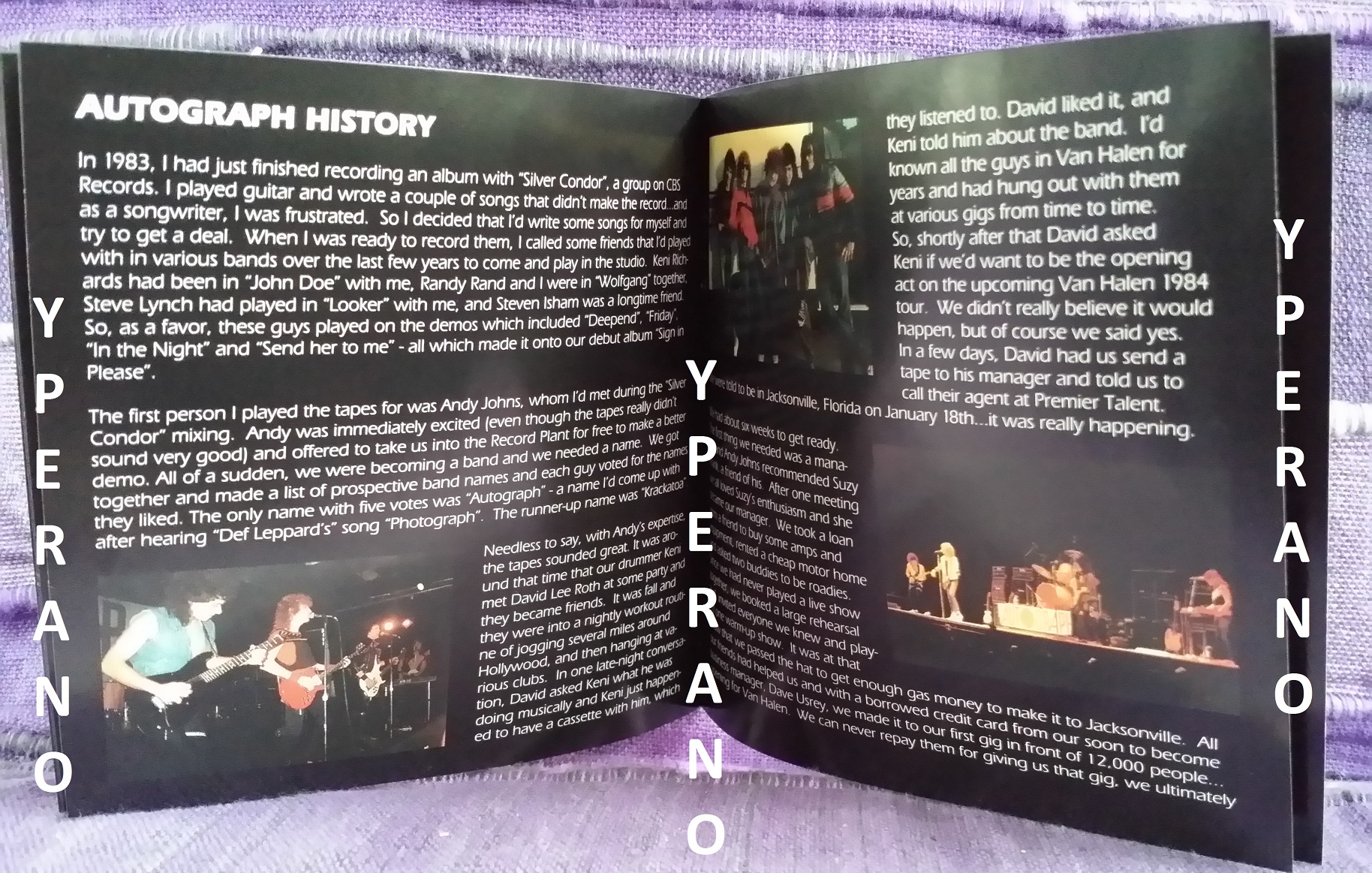 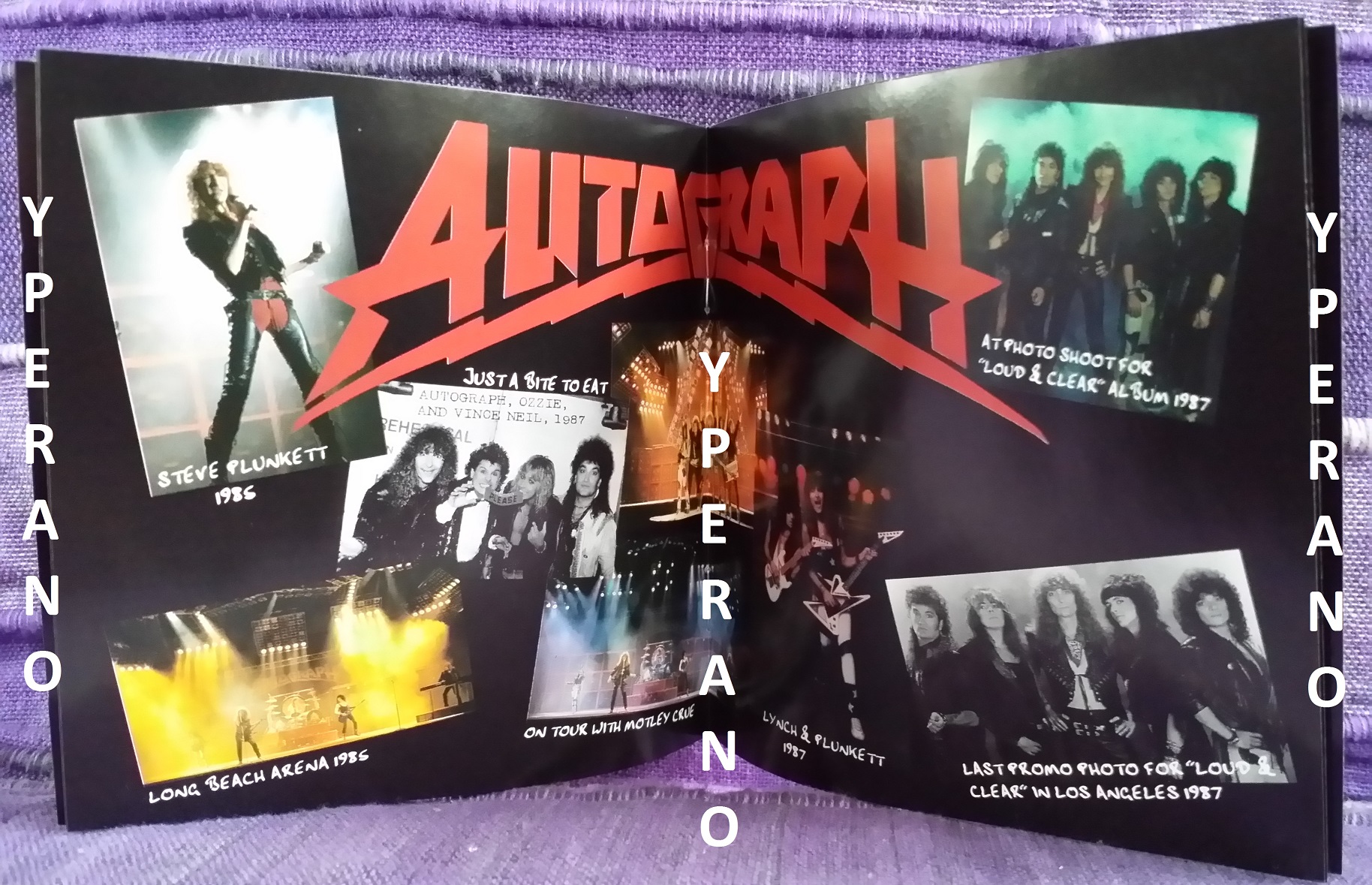 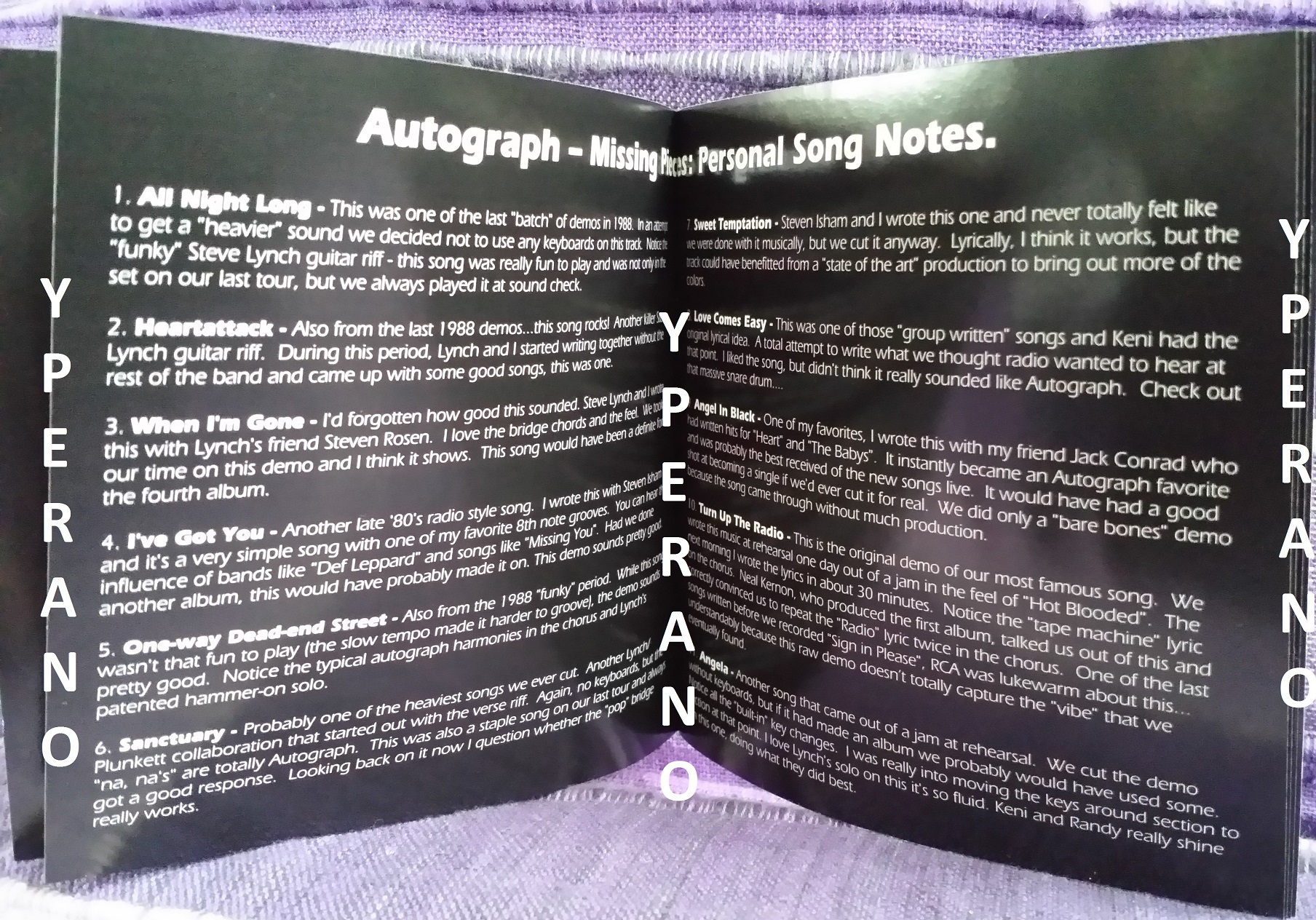 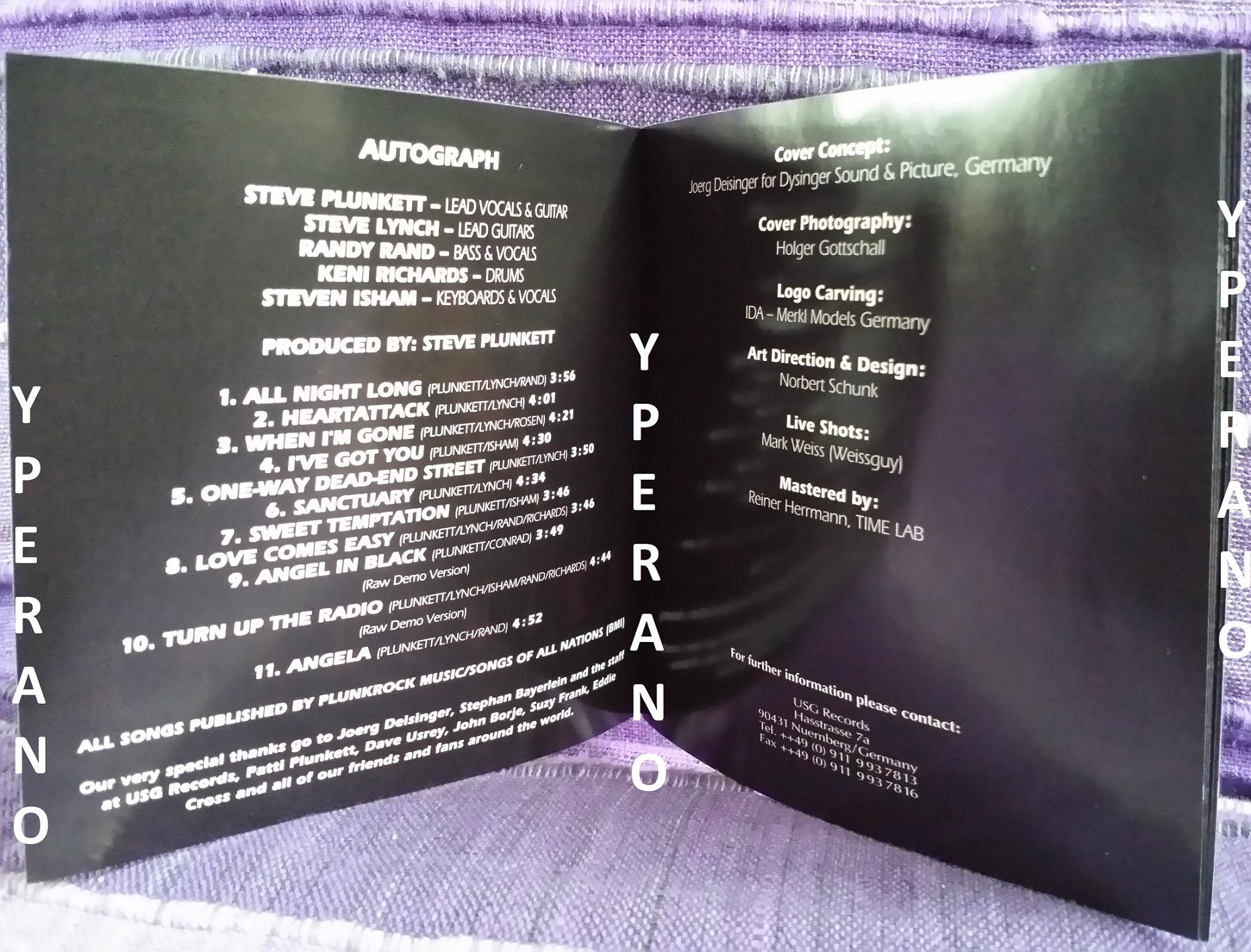 5.0 out of 5 stars Nice rarities/unreleased collection
This is a collection of Autograph demos/ b-sides /rarities /unreleased tracks. All of the unreleased tracks are of high quality and could have fit well on the studio albums. The demo of “Turn up the radio” in particular is nice and kind of gives you an idea of what some Def Leppard music would sound like without all the studio polish, in the essence that Autograph has been said to be similar to Def Leppard. Although, I must say the version of Turn up the radio from the “Sign in please” CD is still my favourite, sometimes a bit of studio polish is a good thing. Everything in this cd is from the past and some 10 years old or so at least. This is the perfect outlet to get some really cool and rare stuff. Definitely worth the money for a fan of Autograph or similar rock music.

Be the first to review “AUTOGRAPH: Missing Pieces CD tracks from their never-released fourth album + B sides /rarities! Turn Up The Radio + check audio” Cancel reply