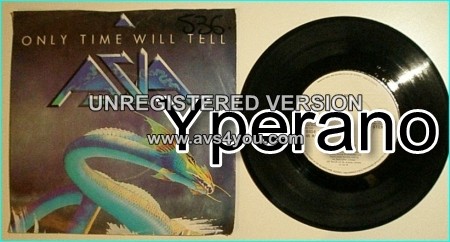 ASIA Only time will tell 7″ is ONLY Free for vinyl orders of £30+ If you spend less you can’t have it.

Asia is a rock group formed in 1981. The band was labelled a supergroup and included former members of veteran progressive rock bands Yes, King Crimson, and Emerson, Lake & Palmer, Uriah Heep, U.K., Roxy Music, Wishbone Ash and The Buggles.
Asia is the debut album by the progressive rock band Asia, released in 1982.

The album reached #1 in the U.S. on the Billboard album charts, and according to Billboard was the best-selling album in the United States for the year 1982. Asia was certified 4x Platinum by the RIAA on February 10, 1995.

The album contains the bands biggest hit and signature song, “Heat of the Moment”, which reached #4 in the U.S. on the Billboard Hot 100 chart.

Be the first to review “ASIA: Only time will tell 7″ UK + Ride easy. Check video. Free for vinyl orders of £30+” Cancel reply 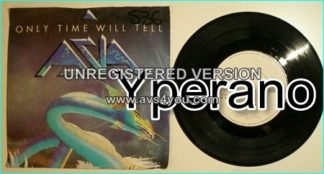