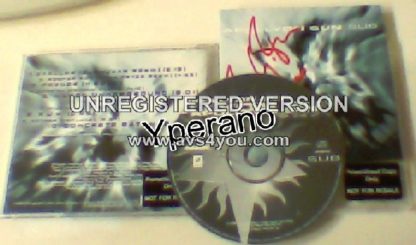 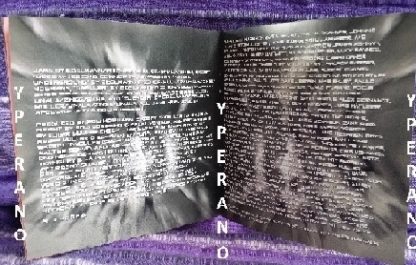 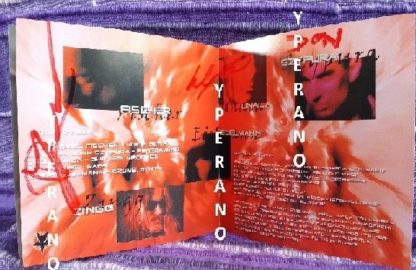 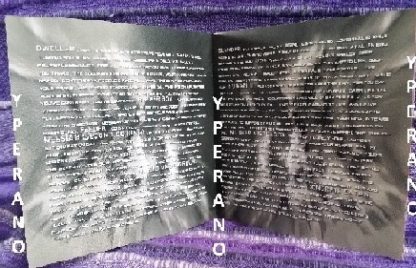 Debut Album of the Side Project of Tom Fischer (Celtic Frost)
Apollyon Sun were an industrial metal band formed by singer/guitarist Tom Gabriel Fischer and guitarist Erol Unala in early 1995, after the termination of Celtic Frost, Fischer’s prior group. The group was unofficially dissolved in 2001 when Fischer invited Erol Unala to contribute to the reformation of Celtic Frost. Their name is taken from the Celtic Frost demo “Under Apollyon’s Sun”.

“Human III” continues from a song developed by Tom Gabriel Fischer, following on from “Human (Intro)” from Celtic Frosts Morbid Tales and “Human II” from Celtic Frosts Cold Lake. “Messiah (Second Coming)” is a remake of the Hellhammer song Messiah. Hellhammer being one of Tom Gabriel Fischers former bands. “Reefer Boy” and “Concrete Satan” both appeared on the God Leaves (And Dies) EP, however they have been completely re-recorded for Sub. There are several unreleased songs from these sessions including “Cradle”, a re-recorded version of God Leaves and two further instrumentals.

5.0 out of 5 stars A world you wont want to leave,
Mr. Thomas Gabriel Fischer (ne Warrior) again furthers his own unique vision. Fans of Celtic Frost will surely love this stuff for the same colossal guitar slabs and thundering icy heaviness that Mr. Fischer has built his reputation on for almost 20 years now!! Tom finally got ‘hip’ with the addition of loops, beats and samples in each track, and the ‘new’ remake of ‘Messiah (Second Coming)’ sounds more modern than the original (rare) Hellhammer version. Actually, this is a small stretch from his experiments on the ambitious “Into the Pandemonium” which served to alienate many a metalhead over 10 years ago. Its good to see hes back on track again.
A few tracks exude a flavor much like Gary Numans 80s metallic paranoia, only updated and much heavier. The lyrics convey the same morbid isolation and despair, sung in Fischers pinched and prohibitively non commercial style. His deep, groaning guitar is unmistakably present, rumbling from afar as if from a huge, cold planet we can observe in passing but never inhabit (remember the NASA shirts on the “Pandemonium” cover??). The other members of Apollyon Sun fit well, and don’t have the thrown-together feel of most recent Celtic Frost ‘attempts’ at capturing Ficshers world vision.
sub’ is growing to be the most enthralling chapter of Mr.Fischers career in my book (and that’s saying a lot after “To Mega Therion”) because the modern synth loops add such a hypnotic effect to his already mesmerizing frigid vision. Great winter album!
——————————————————–
5.0 out of 5 stars A Great New Direction,
Tom Fischer has hit a home run with this CD. Its the best thing hes been associated with since Into the Pandemonium. Its too bad that he doesn’t realise that.
The music is heavy, yet modern. Its loud, aggressive music with a brain. Many of the songs have the experimental quality of Celtic Frosts most risk-taking work. Its as if AS took songs like One in Their Pride as a stepping off point to create this recording.
If the producers of the new Matrix films had any sense, they would get AS to record songs for the films or use tracks from SUB. It would be a perfect fit.
———————————————————-
5.0 out of 5 stars Truly Outstanding,
Something against the grain if you will. With a sound reminiscent of Ministry and Nine Inch Nails meet Down and Bile, Apollyon Sun push the experimental throttle to the limit on their début album “Sub”. Fronted by former Celtic Frost guitarist/vocalist Thomas G. Fischer, “Sub” teaches you that imagination is only the beginning both with creating and listening to music. Everyone who listens to this album will come away with something different in their mind. The first track “Dweller” is a great example of what happens when a rough guitar sound a la DOWN meets an industrial loop or two like Ministry. What you get is one great opening track that is sure to get heads banging away. Be sure to listen as the layers of the song are put together in the beginning with the bass guitar and electronic loops, and again with the duelling guitars. Want some electronica? Check out “Feeder”, and “Human III”. Mixing electronica and some hard ass guitar riffs is what Apollyon Sun does best. Be sure to catch “Concrete Satan”, “Messiah (Second Coming)”, and “Mother Misplaced” and you must check out “Slender” with its almost acoustic dark classical sound. Really cool! Oh and the hidden track, (yes there is a hidden track), its entitled “Leviathan”. There really hasn’t been anything this experimental out in the last five years in this sect of the industry and for that alone “Sub” is worth five stars.