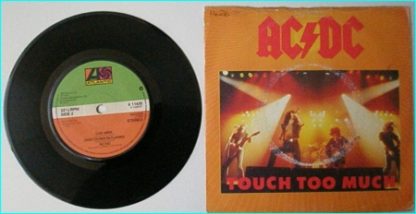 AC/DC: Touch too much 7″ + live wire, shot down in flames (2 live versions from the ’79 European tour) 7″ Check video and review video

The best ACDC song, and one of the best rock songs ever recorded. Everything about it is perfect.

The sleeve has a correct front image with the singer on the left, not mirrored (with guitarists appearing left-handed) as on Touch Too Much which was misprinted.

“Touch Too Much” is the fourth track on AC/DCs 1979 album Highway to Hell, their last with lead vocalist Bon Scott, who died the following year.
The cover of the single in many territories was released
The song is featured in the video game Grand Theft Auto IV: The Lost and Damned.

Be the first to review “AC/DC: Touch too much 7″ + live wire, shot down in flames (2 live versions from the ’79 European tour) 7″ Check video and review video” Cancel reply 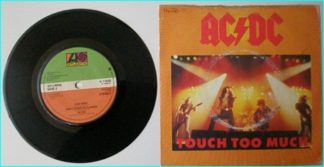