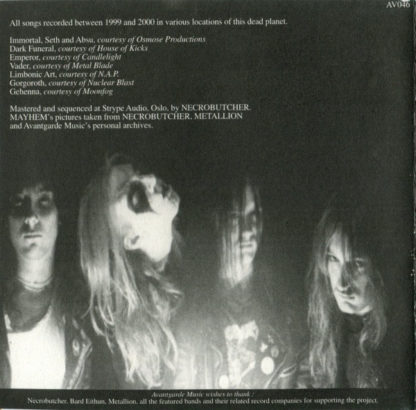 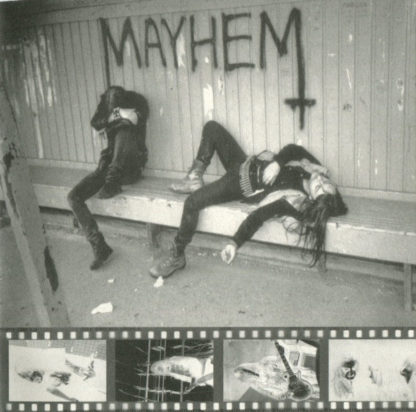 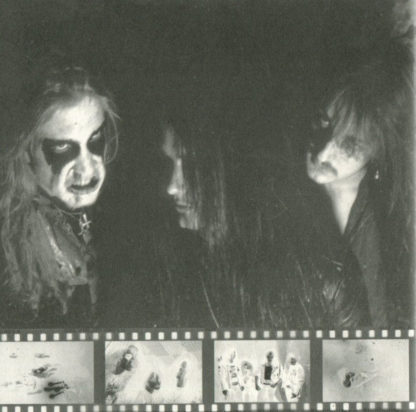 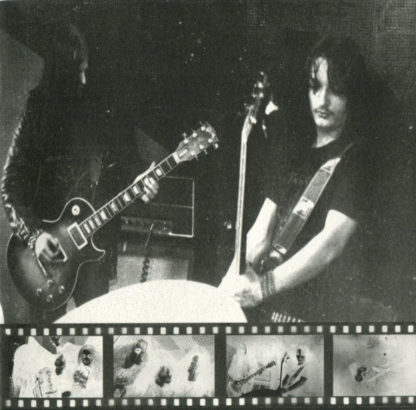 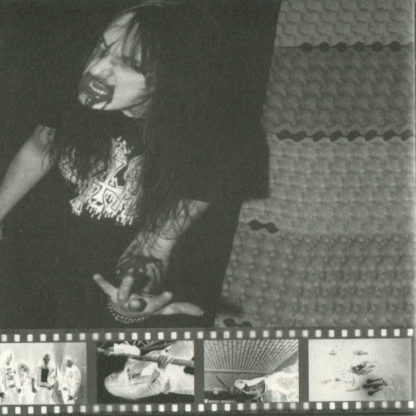 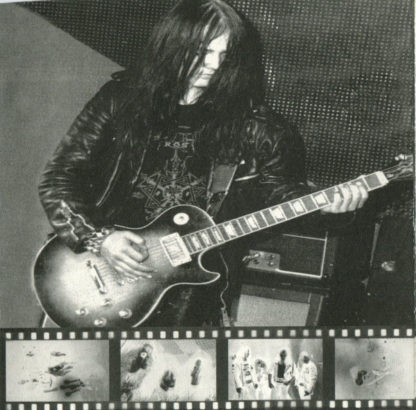 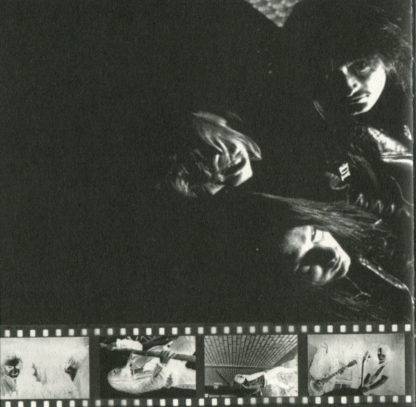 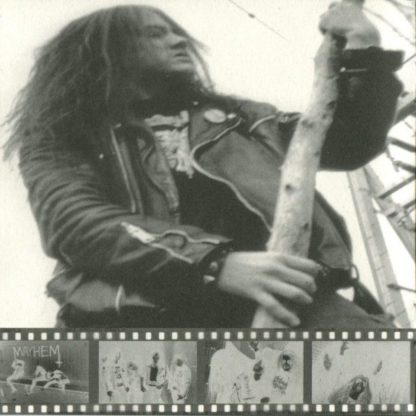 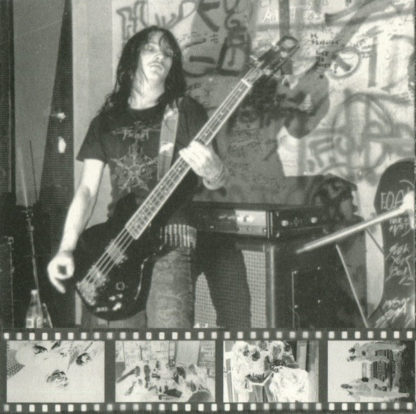 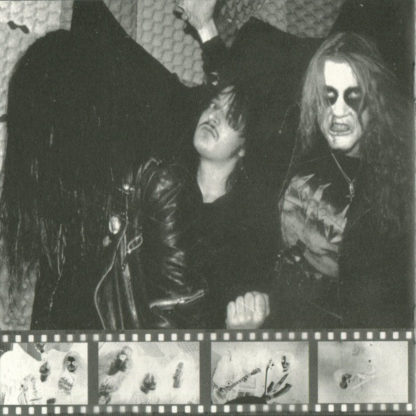 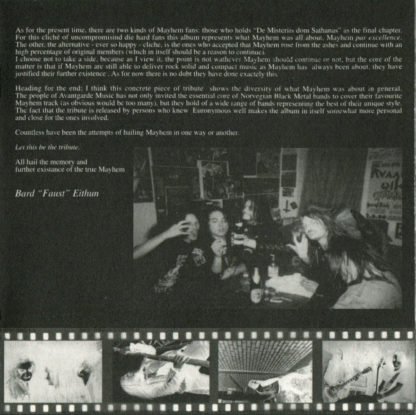 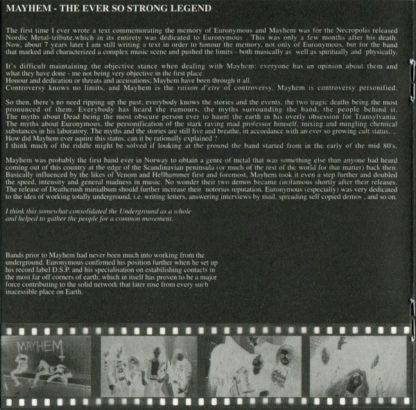 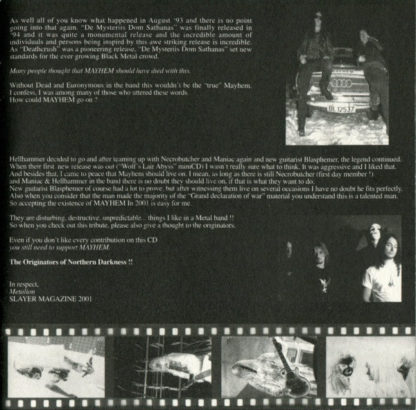 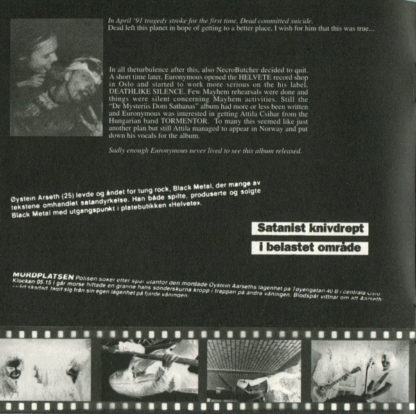 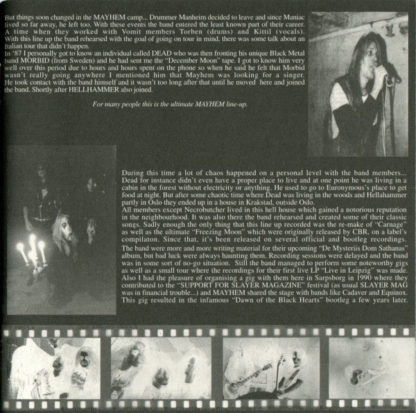 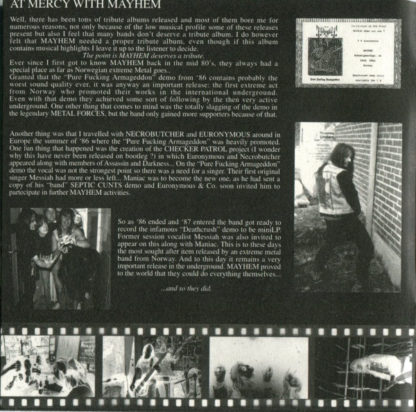 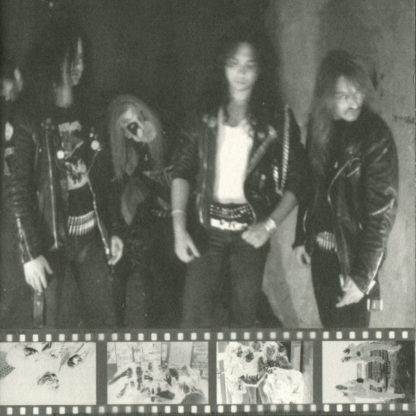 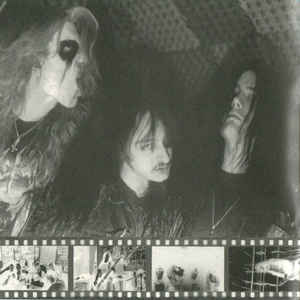 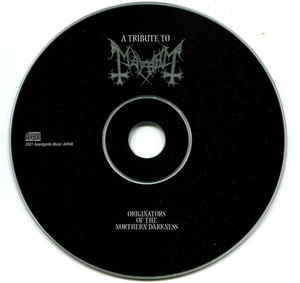 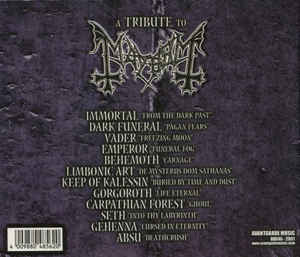 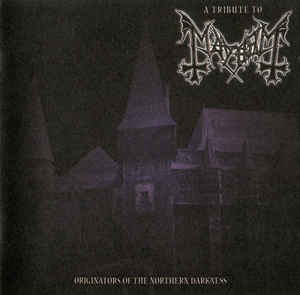 The best Mayhem tracks covered by the very best extreme metal bands of today. All the bands (except for Vader) cover Mayhem with an old school sound. It is mostly the old tracks are getting covered and Seth is the only band who dared to cover more recent Mayhem stuff. So what we get here is the best Mayhem tracks and the unreleased song ‘Ghoul’ from Carpathian Forest

5.0 out of 5 stars Love from a black heart,
If you’ve read any of my other reviews on “tribute” albums you’ll know how I feel about them: most stink! Cynical, made-for-profit concoctions from record companies, eager to cash in on Artist Xs fame and chart success, faded or otherwise. Thankfully there is none of that dross to be found in this case.

As the legendary fanzine creator Metalion says in the liner notes, most bands don’t warrant a tribute album at all. If any band is worthy of one, he goes on to suggest, its the “originators of northern darkness”, Mayhem, one of the most unique, definitive and long lasting groups in the Black Metal genre.

The question is – or will be – for many Mayhem fans: do the cover versions, albeit by some of the genres greatest artists, stand comparison with the originals? The genius and beauty of this album is that the interpretations offered herein are not only made with great respect and feeling for the originals, but also offer a different perspective on the iconic Mayhem tracks while still keeping the essential BM pulse, the beating black heart of Mayhem’s music.

Not surprisingly, the covers come, in the greater part, from Mayhem’s early catalogue – the “Deathcrush” and “De Mysteriis Dom Sathanas” discs. Only Seth creates a cover from the post-Dead and -Euronymous recordings and Carpathian Forest chooses to go even further back, offering a version of “Ghoul” from the original “Pure Fucking Armageddon” demo which kicked off Mayhem’s career in true underground style back in 1986.

Some tracks might require a few listens before acceptance settles. Vader’s cover of “Freezing Moon”, in particular, struck me as less than engaging at first encounter. The vocals, especially, are a major departure from Attila’s Dracula-styled blood-encrusted growls. The tempo sounds at times almost a little overenthusiastic, impatiently pushing the deathly grind of the original, and the gamelan samples sound downright odd. A few replays will bring this performance into perspective.

Like all of the tracks on this album, “Freezing Moon” pays homage without seeking to slavishly emulate. The entire disc makes a thoroughly worthy companion to the original albums, with the “in extremis” power and attitude one would expect from such a project, while still highlighting how the unique pulse and sound of Mayhem can never be precisely duplicated.

5.0 out of 5 stars    a fitting tribute to mayhem’s greatest moment
I have never found a better tribute album than this. Attila makes a guest appearance with emperor! Limbonic Art’s cover of de mysteriis dom satanas is hauntingly like the original, and it is my favorite song on here. I didn’t agree with a couple of the bands chosen for this, I think that it should be re-released with 1349’s version of buried by time and dust personally. but nonetheless a perfect, and very fitting tribute to the legacy of euronomous, Hellhammer and Necrobutcher. hail the originators of northern darkness!!

5.0 out of 5 stars F…. Good Tribute to Norway’s best black metal band….
This is one of the best tribute CDs I ever hear to tribute a band and this is not just a band for Christ Sake’s!!!! is Mayhem. So, if You got the chance to get it don’t let it go for me the best song on this album is Limbonic Art cover Der Mysteriis Dom Sathanas is 5 of 5.

5.0 out of 5 stars Five Stars
Awesome tribute to my favorite in EXTREME metal.