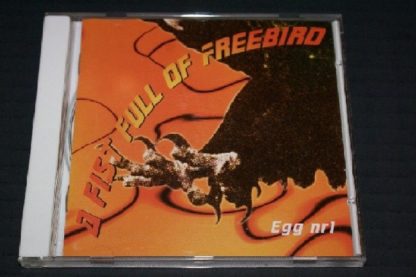 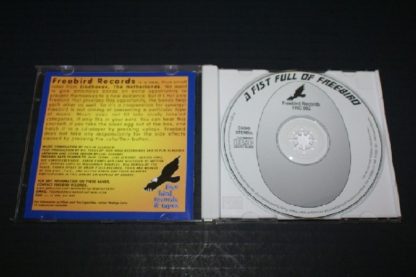 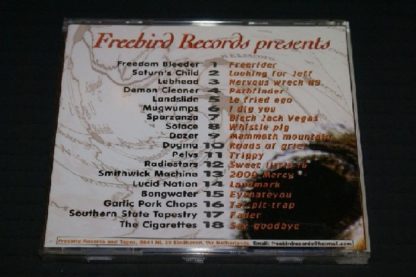 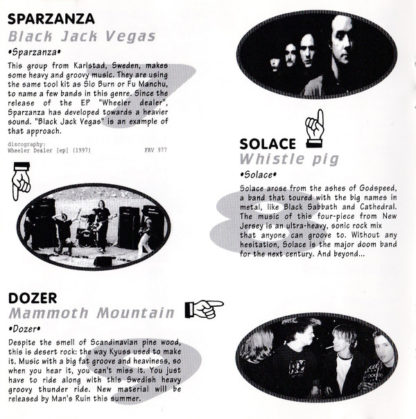 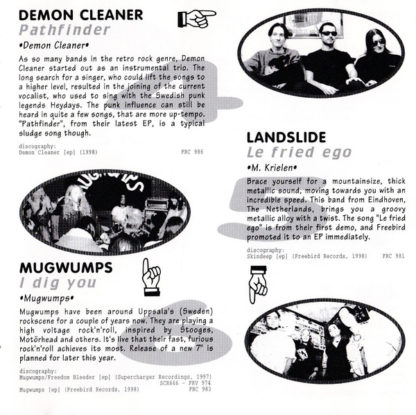 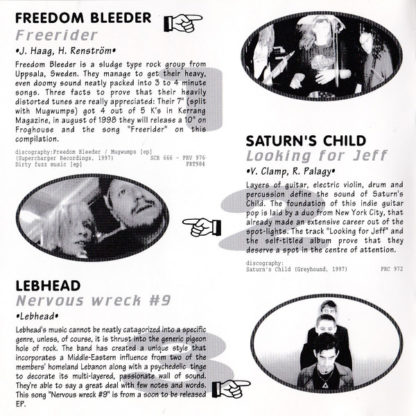 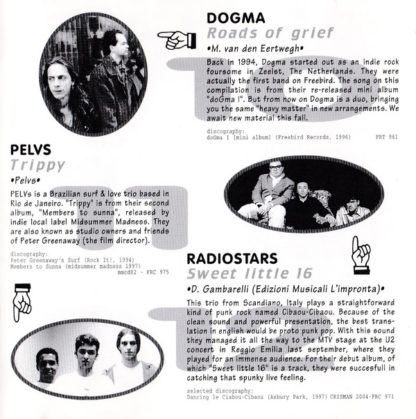 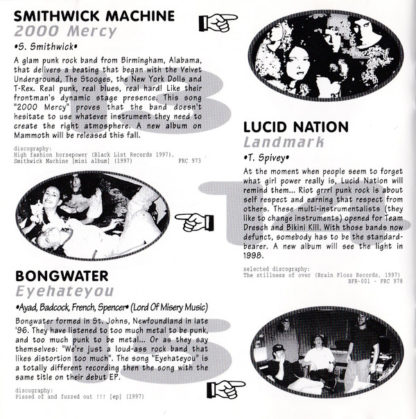 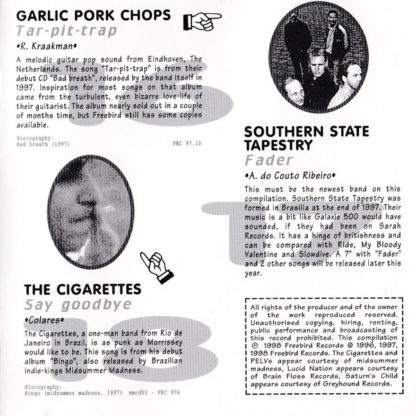 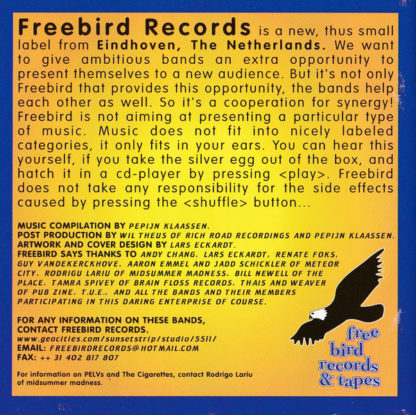 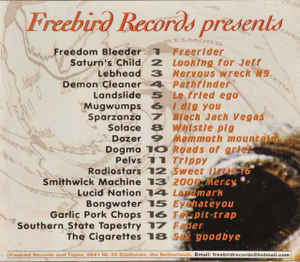 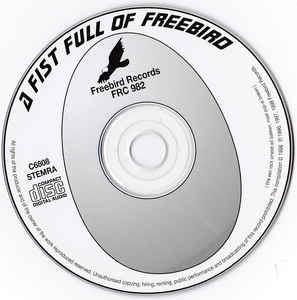 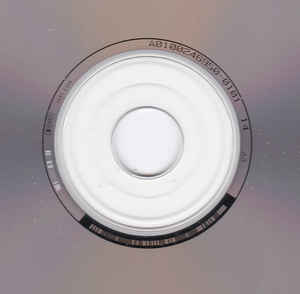 A pretty compilation from the Nederlands! This was a small label from Eindhovenm born “to give to the ambitious bands an extra opportunity to present themselves to a new audience…” so here you’ll find famous european stoner bands as Dozer, Demon Cleaner and Freedom Bleeder together with some less know taken from around the world. Great track from Solace “Whistle Pig”! Great Stoner compilation!

Introduction
Freebird existed as a tape label during most of the 1990s. In 1998,  this mixed compilation album was released. It features the first appearances of some bands, that are household names in heavy groove rock by now: Freedom Bleeder , Dozer, Demon Cleaner, Solace, Mugwumps! This one is now sold out.

What happened next with the bands on this compilation…
FREEDOM BLEEDER has released an EP on Molten Universe, after 2 more comp. tracks, including “Graven Images”.
LEBHEAD self-released a 4 song EP CD, and changed its name to GASOLINE ANGELS.
DEMON CLEANER released 2 albums and 3 split singles on Molten Universe.
MUGWUMPS recorded another 2 7″s, before a full length on CD was produced.
SPARZANZA followed the same route, with 2 7″s (one split, one picture disc) before releasing a full length on WaterDragon.
SOLACE was on the “Jersey Devils” double EP, later followed by 2 albums on MeteorCity.
DOZER is already at 5 (split) 7″s and 3 albums, most of them on Molten Universe.
RADIOSTARS’ released 2 more albums in Italy in 1999 and 2002.
SMITHWICK MACHINE ended up on a side-track, after another EP “Dixie Witch” and an album were released.
LUCID NATION released 2 more albums on Brain Floss. 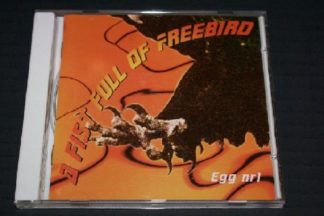