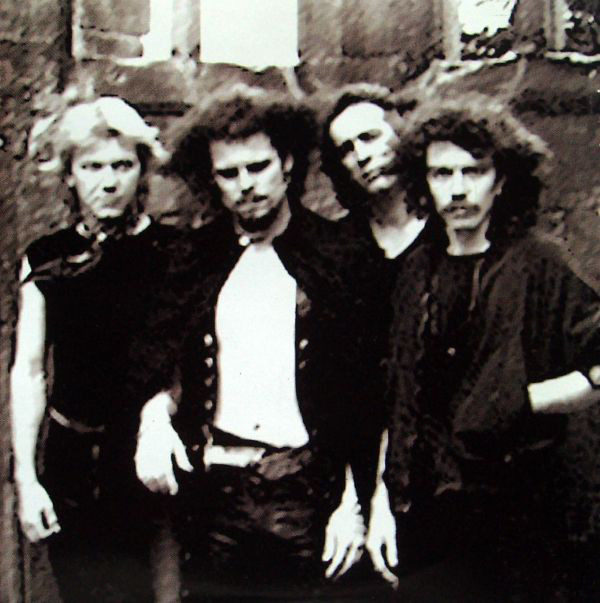 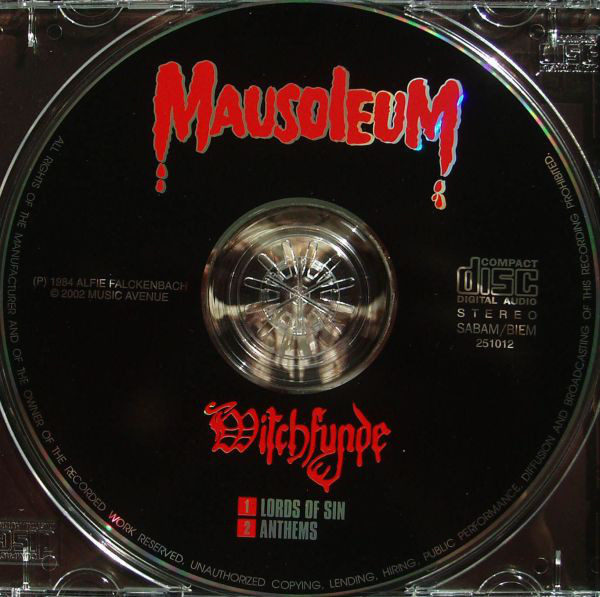 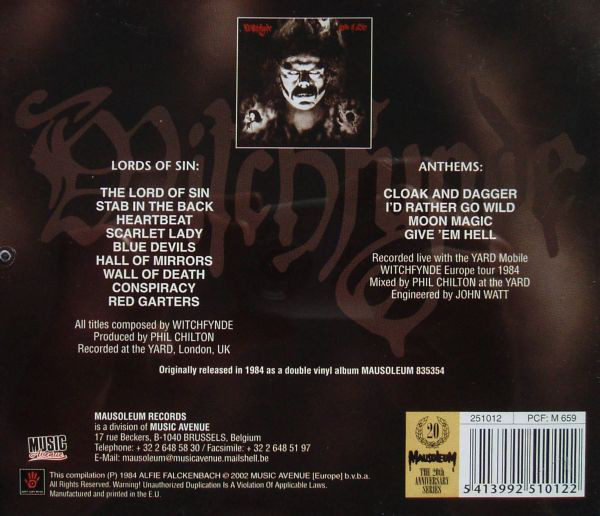 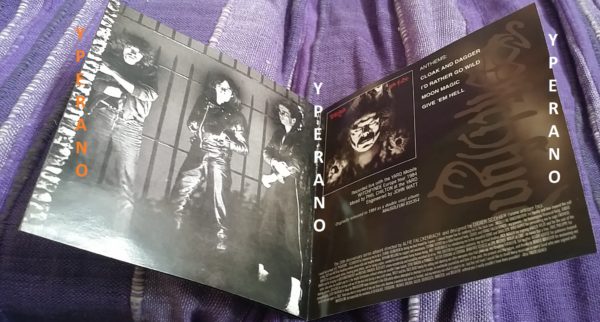 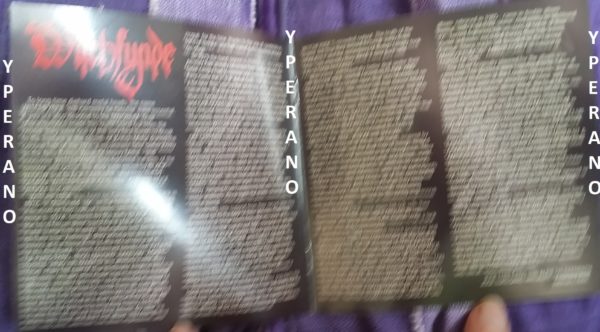 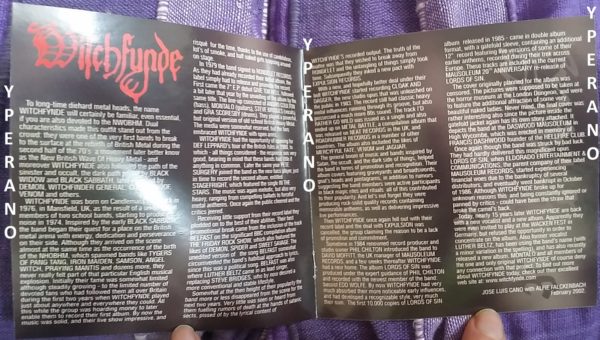 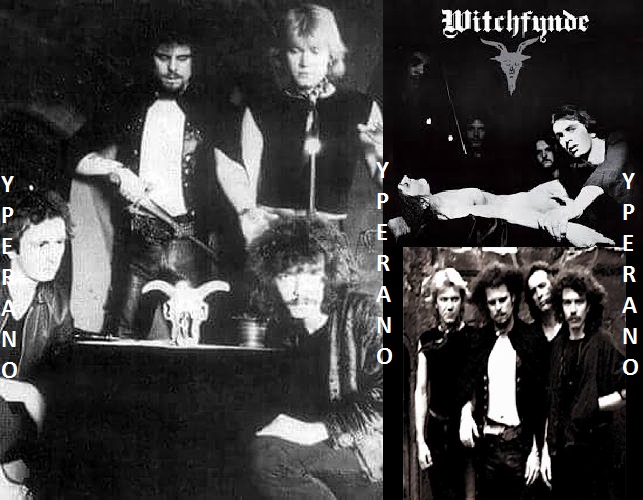 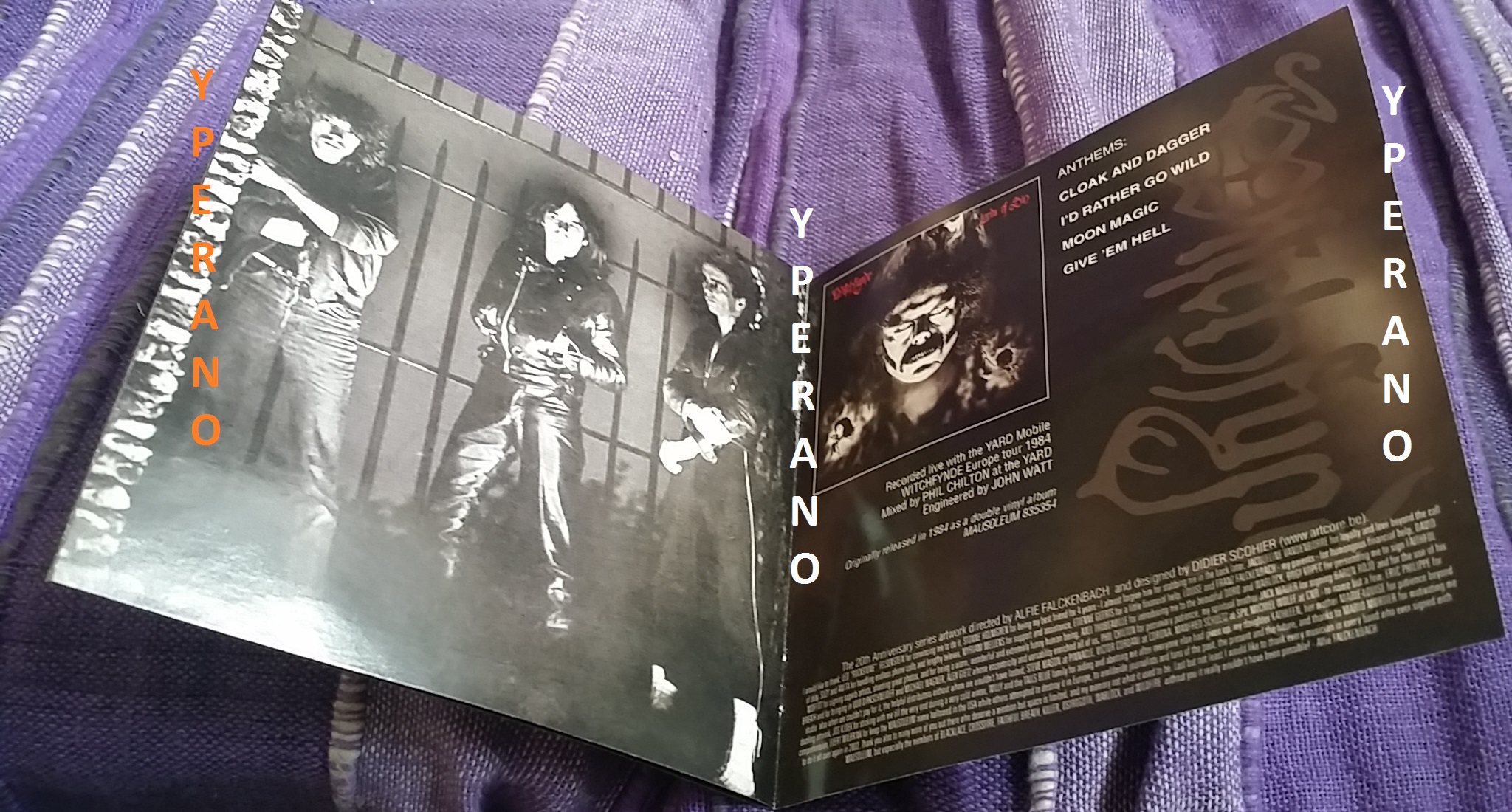 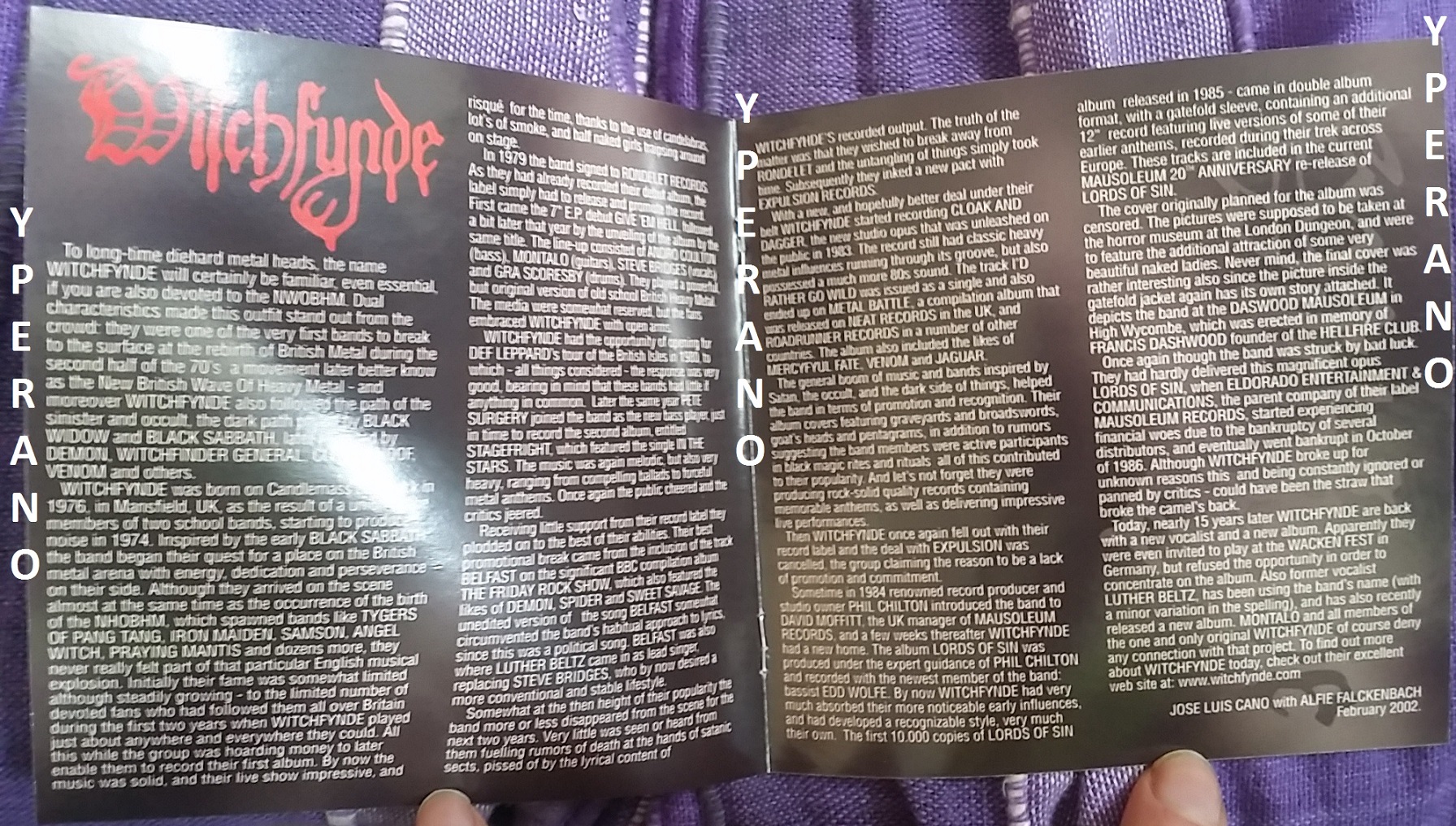 Great Album, A Standout!
I bought this album on vinyl in 1985 not long after its release; I was one of the fortunate 10,000 first buyers to get the double album featuring the main “Lords Of Sin” and the bonus “Anthems”, a live set. First, let me sing my praises for Witchfynde: they were strikingly different and stood out from the many other NWOBHM bands that emerged in England during the late 70s and early 80s. Their occult image (complete with satanic album art) did manage to catch the eye. But apart from bands like Venom, who took their satanic image to the extreme in every aspect, Witchfyndes music may have dabbled in the occult now and then, but thats about it.
Now, about “Lords Of Sin”: this album was not so strikingly different from the many other NWOBHM albums (or metal albums in general) that were released back in the day, but it still managed to stand out from the pack for a couple of reasons. First, because their guitarist, Montalo was NOT an Yngwie Malmsteen-wannabe who played fast for the sake of playing fast…he keeps it simple but powerful, and his playing style is strongly reminiscent of Ritchie Blackmore. One listen to vocalist Luther Beltz and you can obviously tell he was influenced by Judas Priests Rob Halford, but the mere mention of his last name alone is a very accurate way of describing his powerful, booming vocals. The band is rounded out by bassist Edd Wolfe, who had joined just prior to recording the album, and drummer Gra Scoresby, whose drum sound blasts from the speakers with a machine gun-like attack. The standout tracks on the album are “Heartbeat”, “Hall Of Mirrors”, “Wall Of Death” which amply displays Luther Beltz’ blood-curdling shrieks, and the pile-driving “Stab In The Back”. “Red Garters” features a fantastic guitar solo by Montalo.
The bonus EP “Anthems” is included (and intact!) with the live tracks “Cloak & Dagger”, “I’d Rather Go Wild”, “Moon Magic” and “Give ‘Em Hell”.
This is a great album, so snatch it up quick as it is out of print!

Formed in Nottinghamshire, England, Witchfynde were just one of many early-’80s groups to be conveniently lumped into the New Wave of British Heavy Metal.
Witchfyndes roots can be traced back as far as 1975, but it wasn’t until late 1979 that vocalist Steve Bridges, guitarist Montalo, bassist Andro Coulton, and drummer Gra Scoresby achieved any manner of recognition with the release of their first single, “Give Em Hell.” Signing with Rondolet Records in early 1980, they quickly followed this with a proper album bearing the same name and none-too-subtle cover artwork (boasting a goat-headed devil-monster-thing), which no doubt gave future black metal pioneers Venom an idea or two. It did, land them a coveted support slot on a tour across the U.K. that summer with fast-rising NWOBHM stars Def Leppard, after which Witchfynde quickly set about recording their second album of 1980 with new bassist Pete Surgey. Released just before the new year, the notably mainstream Stagefright toned down both the occult imagery and the more aggressive elements of the bands sound.
New vocalist Luther Beltz joined their ranks in early 1981, just in time to perform on the BBCs Friday Rock Show and watch the bands record company, Rondolet, go bankrupt. They re-emerged in 1983, signed to new label Expulsion, and released their third album, Cloak and Dagger. Vocalist Beltz distinguished himself with his King Diamond-esque falsetto, and the band certainly sounded tighter and more confident than ever. The album went nowhere and the musicians soon found themselves at yet another label (Mausoleum) with yet another new bassist (one Edd Wolfe) and yet another unsuccessful record, 1984s Lords of Sin. Once again, Witchfynde vanished from sight, but their inclusion in 1990s excellent N.W.O.B.H.M. 79 Revisited collection and a decent enough greatest-hits set in 1996s The Best of Witchfynde ensured that their name was never entirely forgotten.