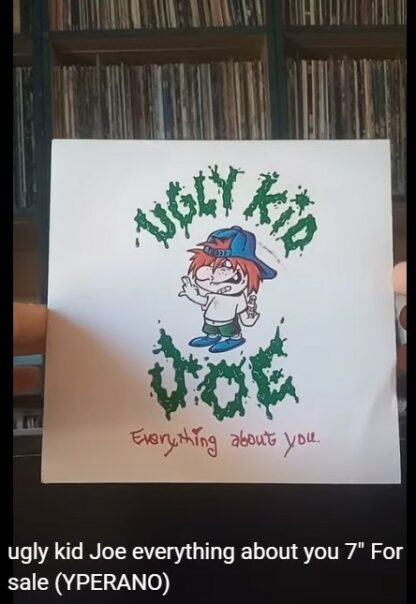 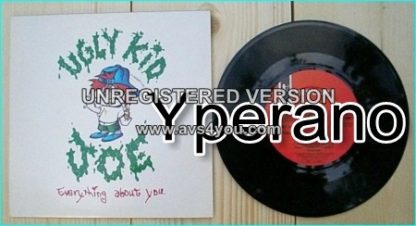 “Everything About You” is rock band Ugly Kid Joes first hit. It gained popularity after being featured in the hit film Wayne’s World and was later included on the bands 1992 album Americas Least Wanted.
The song found its greatest success in the United Kingdom, where it reached #3 in May of the same year, and also reached as high as #9 on the Billboard Hot 100 in the United States.
The music video for the song featured the band playing on a beach. The band pulls around sex dolls attached to strings and just mess around. A sheepdog appears in some scenes.
The song will be featured in the Band Hero Nintendo DS soundtrack.

Be the first to review “UGLY KID JOE: Everything About You (Clean Edit) 7″ + Whiplash Liquor 1992. Classic Anthem. Check video & Check video of the actual single for sale” Cancel reply 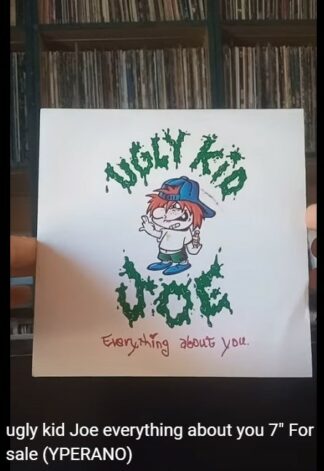