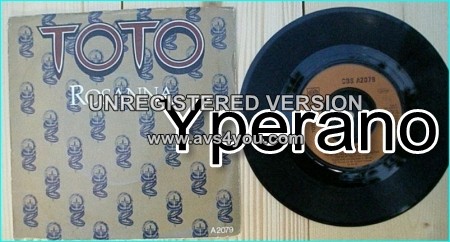 “Rosanna” is a song by the American rock band Toto, the opening track from its 1982 album Toto IV. This song won the Record of the Year Grammy Award in the 1983 presentations. Rosanna was also nominated for the Song of the Year award. In musician circles, the song is known for its highly influential half-time shuffle, the Rosanna shuffle, as well as a blowing ending guitar solo played by guitarist Steve Lukather.
The song Rosanna peaked at #2 on the Billboard Hot 100 for five consecutive weeks, and also peaked at #12 on the UK Singles Chart.
B-side of the vinyl single was the song “Its a Feeling,” which is also on the album Toto IV.

“Rosanna” was written by Totos primary songwriter, David Paich. This song has been widely misunderstood to refer to the band member Steve Porcaros defunct relationship with the actress Rosanna Arquette. However, this was actually just a coincidence. The rest of the song had already been finished, and Paich needed a name that fit well into the chorus.The first verses are sung by Steve Lukather, and Bobby Kimball sings lead in the second verses.

Drum pattern:
This song is routinely referenced by drummers as being a perfect example of a “half-time shuffle” (Purdie shuffle) and shows, “definite jazz influence”. Featuring ghost notes and derived from the combination of what Jeff Porcaro calls the “Bernard Purdie half time shuffle” and the “John Bonham beat” (from “Fool in the Rain”) with the well-known Bo Diddley beat. The pattern is notoriously difficult and played by Jeff Porcaro on the recording.

Music video:
The video is set in a stylized urban streetscape, with Rosanna shown as a dancer whose bright red dress contrasts with her grey surroundings. The band plays within a chain-link fence enclosure. Cynthia Rhodes is featured as the lead dancer and Patrick Swayze as one of the male dancers. They would reunite as members of the cast of the 1987 movie Dirty Dancing.

What Makes this Song Great? The 1982 hit song “Rosanna” by Toto. Big analysis segmented parts. Check it out: 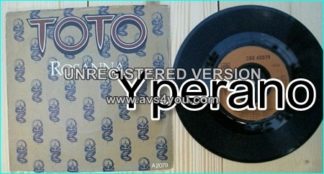