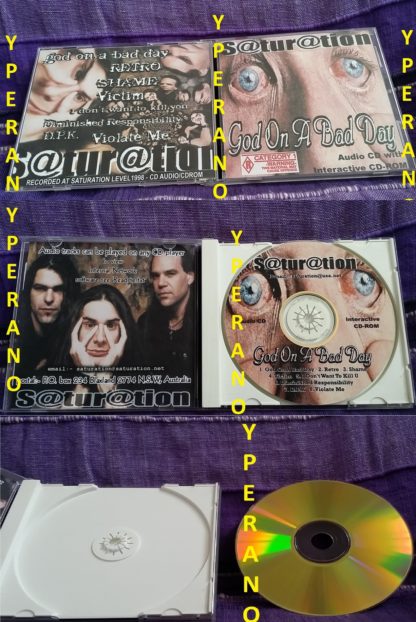 s@tur@tion is a collection of noise merchants assembled to fill the void between hard edge rock and the noise that has become known as “electronica”. s@tur@tion is the end product of years of consumption of the late 20th century and beyond. not here to promote someone else’s trends, fashion, or music. loosely described as factory strength, low-tech, mildly pissed off generators of noise.

Originally released in 1998 as an interactive CD-rom. This was possibly a first for an independent artist in Australia. Saturation was also one of the first Australian acts with a website active from 1995. (along with Def FX and iNsuRge)
All CD artwork is included in Bonus Items along with the cover for the CD-Single of ‘Violate Me’
released January 1, 1998 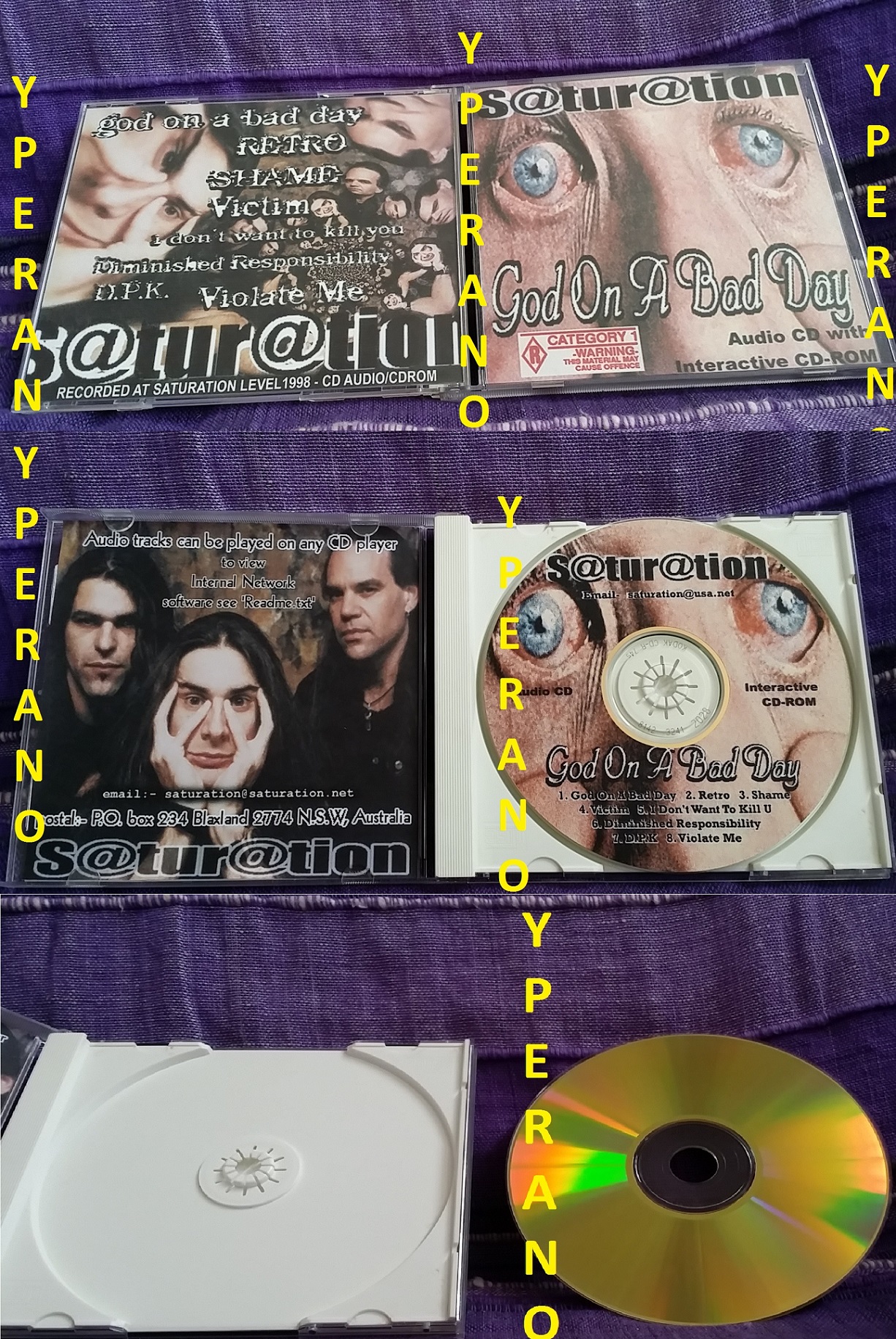 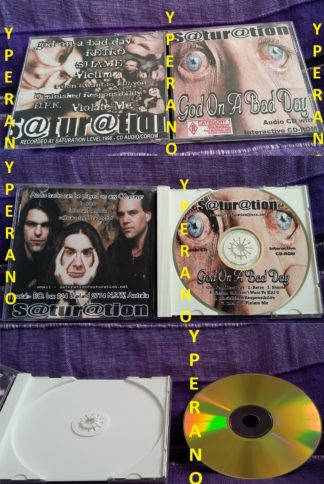