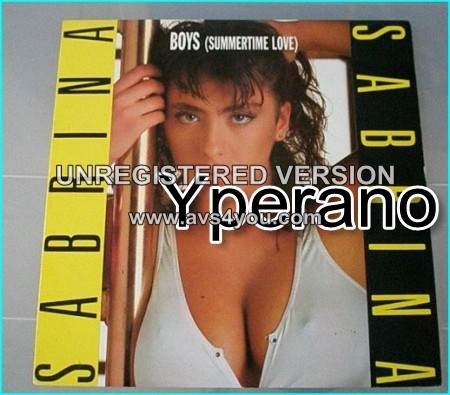 “Boys (Summertime Love)” is a 1987 song performed by Italian singer Sabrina. It is the third single from her eponymous album and achieved a great success in many countries, including Spain, Switzerland, France and Italy, where it was a number-one single. The song remains famous thanks to its sexy music video. It was Sabrina’s first single to be released in the UK.

“Boys (Summertime Love)”.
Part of the success of the song is due to its music video, filmed at the Florida hotel in Jesolo (Veneto, Italy). In it, Sabrina splashes about in a swimming pool, while her bikini top keeps sliding down, thus revealing her nipples. To date, it is one of the most downloaded video-clips on the Internet. It was also the first video-clip to be censored in the United Kingdom.

During an interview with Nino Firetto on the Music Box program on Super Channel in late 1988 Sabrina explained that the video for “Boys” was originally created to be a segment in a magazine show. This was Sabrinas explanation of why its style was more closely matched that of Italian magazine shows of the time (more overtly sexy) than that of the traditional music video.

“Boys (Summertime Love)” had its greatest success in Italy, staying at number one for two months.
It was also a big hit in France, staying for five weeks at number one. The single debuted at number 29 and remained on the French SNEP Singles Chart for 25 weeks from 12 December 1987 to 28 May 1988. Sabrina was the only pin-up girl at that time to reach the top of the charts in France, as opposed to the French Lova Moor and the British Samantha Fox. Certified Gold disc by the SNEP, the single was the first number one by an Italian singer. According to the Infodisc Website, the song is the 292nd best selling single of all time in France, with 683,000 copies sold. It also reached number three in the UK Singles Chart (even though, or perhaps because of, the videos ban there) and number 11 in Australia. 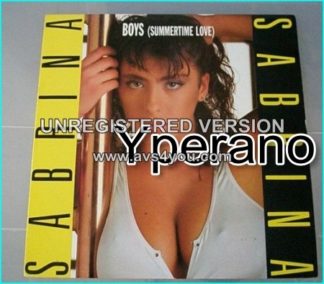