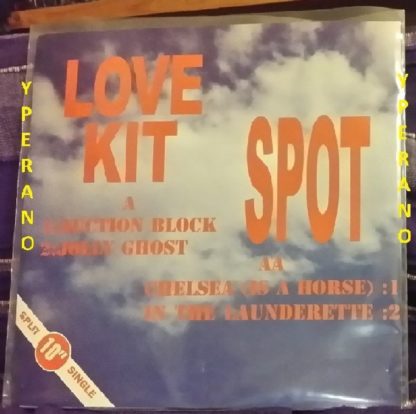 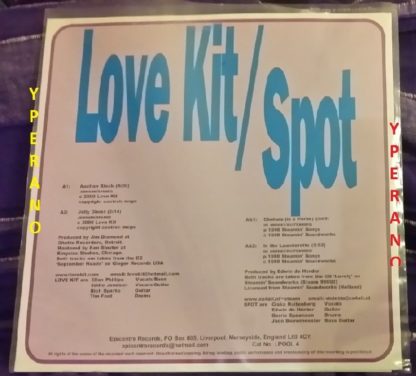 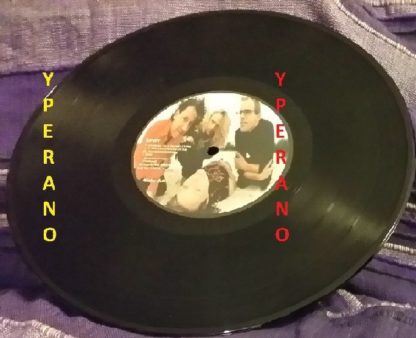 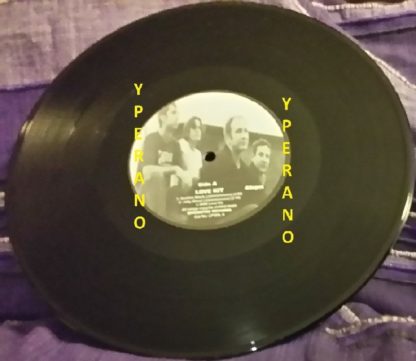 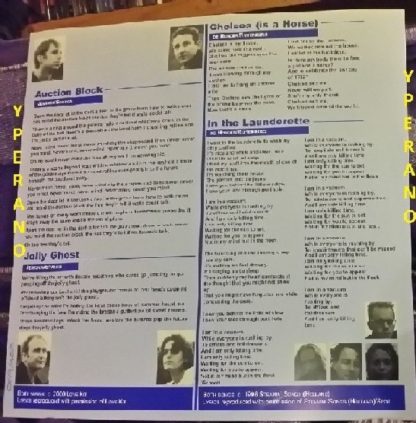 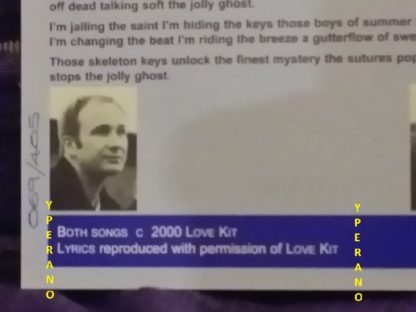 Spot
AA1: Chelsea (is a Horse)
AA2: In the Launderette

Smart, witty, melodic, and energetic, Love Kit is a band whose music not only recalls the glory days of power pop, but shows a few new directions in which the style can be taken.
The band was formed in 1996 by guitarists, singers, and songwriters Eddie Jemison and Rich Sparks, who formerly worked together in the group Silver Drag.
Joining Jemison and Sparks were bassist Ellen Phillips, who played with hard rockers Rustbucket, and drummer Tim Ford, a veteran of the Midwest punk scene.
The group released their first album, 10 Milligram Day, in 1997 with a follow-up, Who Afraid of the Radio Tower?, in 1999.
In their native Chicago, the band has shared bills with the likes of Susanna Hoffs, Corey Glover, and the Chamber Strings and they also mounted a well-received tour of the United Kingdom.
After the release of a third album AND this split 12″” with the Dutch band Spot in 2000, The September Heads, Phillips and Ford left the group to pursue new musical directions.
When not busy with his musical career, Eddie Jemison also works as an actor and played a major supporting role in the 2001 blockbuster film Ocean Eleven.
~ Mark Deming, Rovi 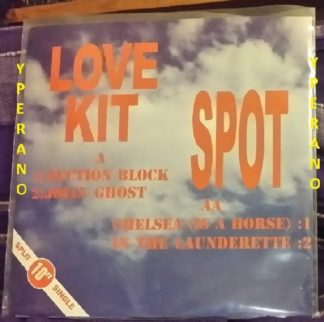