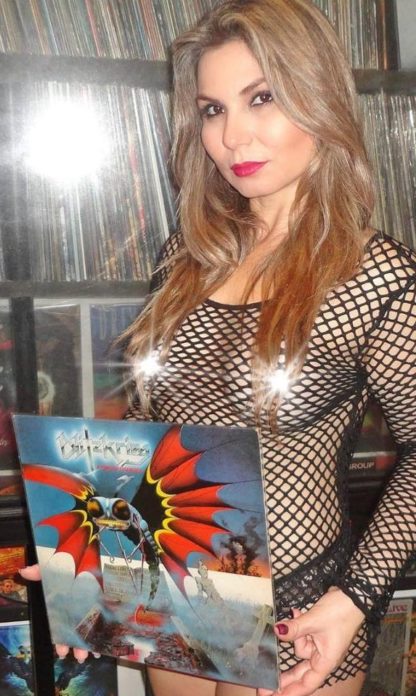 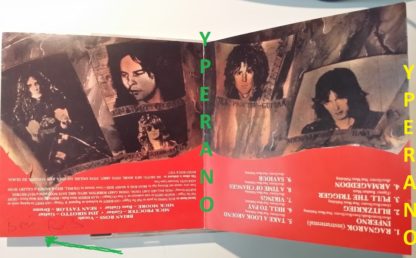 WOW, what a great album. A Time Of Changes is probably one of the best NWOBHM albums since Lightning To The Nations. “Blitzkrieg” was made famous my Metallica. 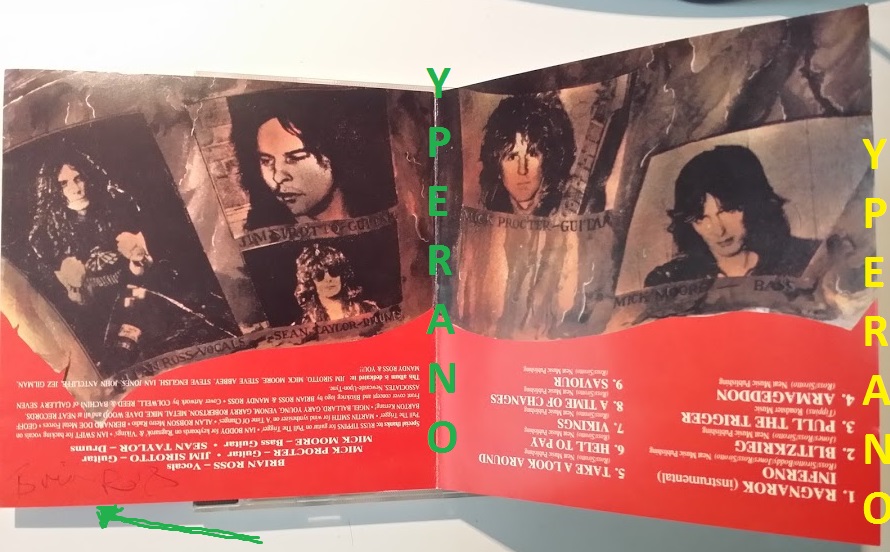 Diamond Head’s Brian Tatler on Blitzkrieg’s  – Blitzkrieg:   “What a great track. It has an interesting timing and a superb riff. Of course, Metallica covered it, but even without this, I reckon Blitzkrieg would still be regarded as a NWOBHM classic. It is just so anthemic. We have played with them a few times, and they are a nice bunch of guys. Blitzkrieg are one of those NWOBHM bands I mentioned earlier who are known for just one song. That’s a shame, because there are other good ones in their catalogue, but that’s the way these things go sometimes. It’s rather like Europe and The Final Countdown, in that everyone who goes to see Blitzkrieg waits for the moment when this is played.  And where do they put it in the set? Surely, it has to be the last one they do every night!”.

This was Blitzkriegs First full-length studio album, and what a solid NWOBHM album it was!

The intro (Ragnarok) is quite mystical yet I find myself skipping it every time, the second track Inferno is a brilliant introduction of Brian Ross’ memorable vocals. Once you hear his opening scream, you can pretty much predict the album is going to be a scorcher.
Blitzkrieg is the track Im sure everyone is familiar with, as much as Im fond of Metallicas cover version I truly cherish the original. Brians vocals clearly dominate the track and make you appreciate the song on another level.
Pull the trigger has a bluesy riff and is another favourite of mine but Armageddon with out a doubt is the best track. Although the song doesnt start with a flashy riff or anything spectacular, I can still appreciate the repetitive 58-second build up to a well-written verse. This is such a melodic masterpiece that takes you away, I found myself listening to it whilst staring up at my ceiling. It just mystifies you and takes you away in a trance. I guarantee you will agree when you get to the frighten children are praying part.
Hell to pay is a live track that has an adrenalin pumping vibe that makes you wish you were at the show. Brians vocals live are just as powerful if not more when recorded in front of live audience.
Vikings is a ballad that sends shivers down the back of my neck every time I listen to it. Although not as strong as Armageddon it still possesses the ability to mystify.
A time of changes is the cover title of the album and is my second favourite track.
The track is not only well written lyrically, the riffs can only be described as unique and unheard of. It certainly has taken my tastes into another level.
Finally Saviour is probably a let down considering the albums highlights and strengths, dont get me wrong its still an excellent track but I doubt the song had much hope without Brians vocals. Lets face it Brian Ross vocals are what make up Blitzkrieg.
If you can find this album we strongly recommend you snap this one up as you won’t find many of these gems.

A Time Of Changes is highlighted by the classic tune Blitzkrieg (famously covered by you-know-who, and the A-side of that early single I mentioned above), as well as the almost 38 Special-ish tune, Pull The Trigger. The absolute highlight of the album, however, has to be Armageddon, a song that fuses the dire sense of impending oblivion conveyed by Blitzkrieg with the sheer catchiness of Pull The Trigger. Great f*cking song!
When all is said and done, A Time Of Changes is a winner. This record belongs in the collection of any NWOBHM fan.