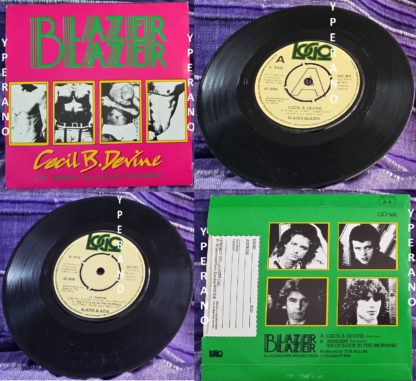 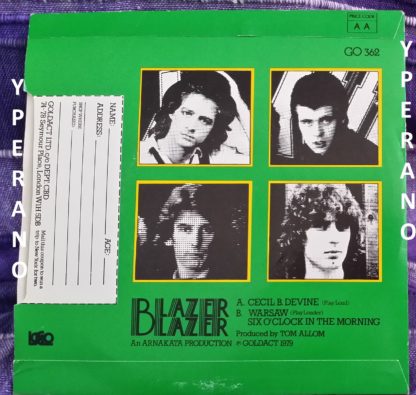 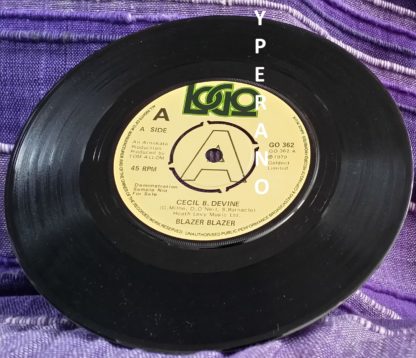 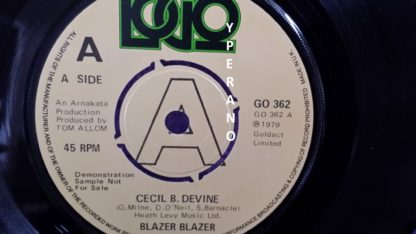 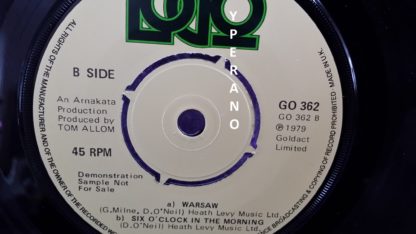 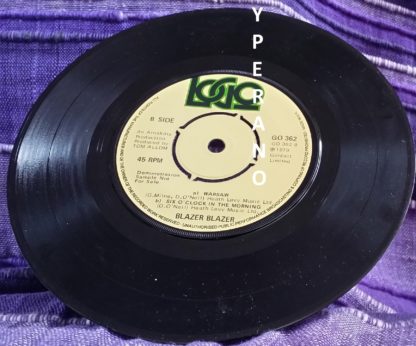 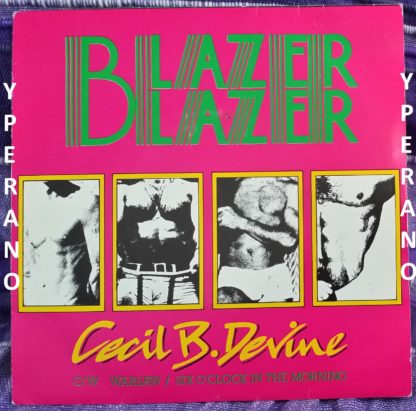 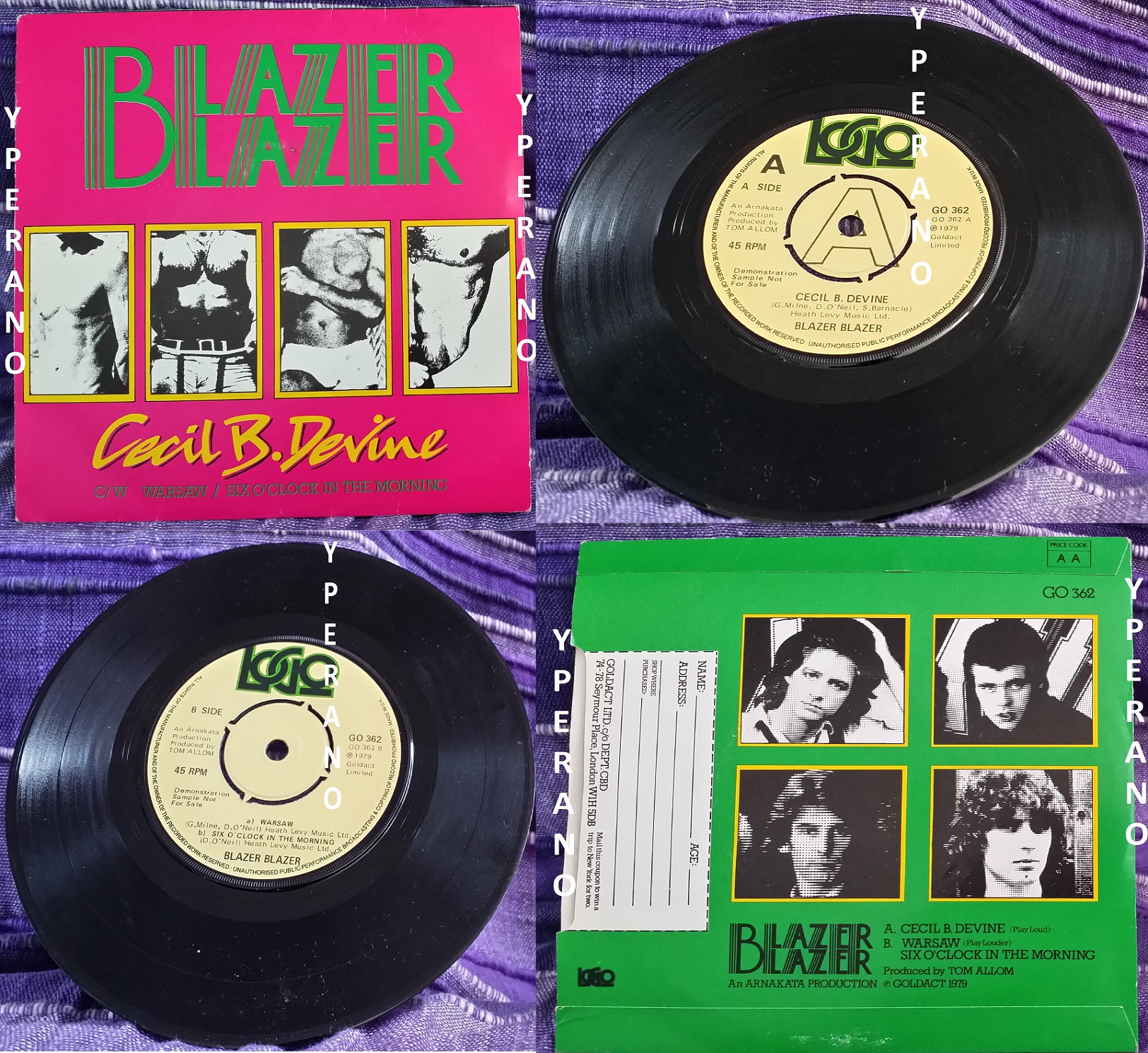 He can also be found on:
Funky Phaser And His Unearthly Merchandise: Shineshared release 1976

BIOGRAPHY
BLAZER BLAZER figure in the IRON MAIDEN story for once having featured future drummer Nicko McBrain. The sticksman was a member of AXE and STREETWALKERS prior to BLAZER BLAZER.

Having released the ‘Cecil B. Devine’ single the group splintered. 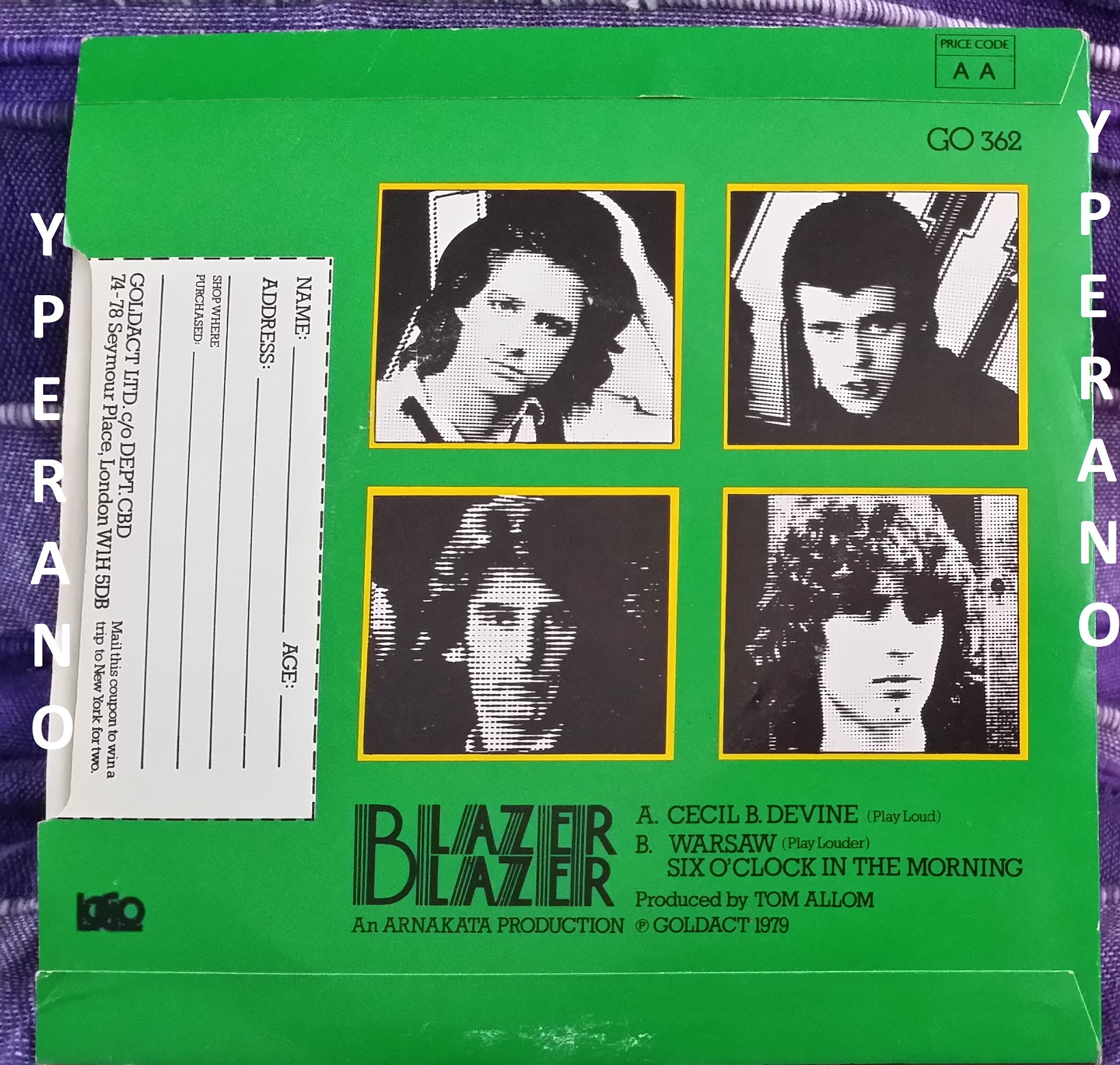 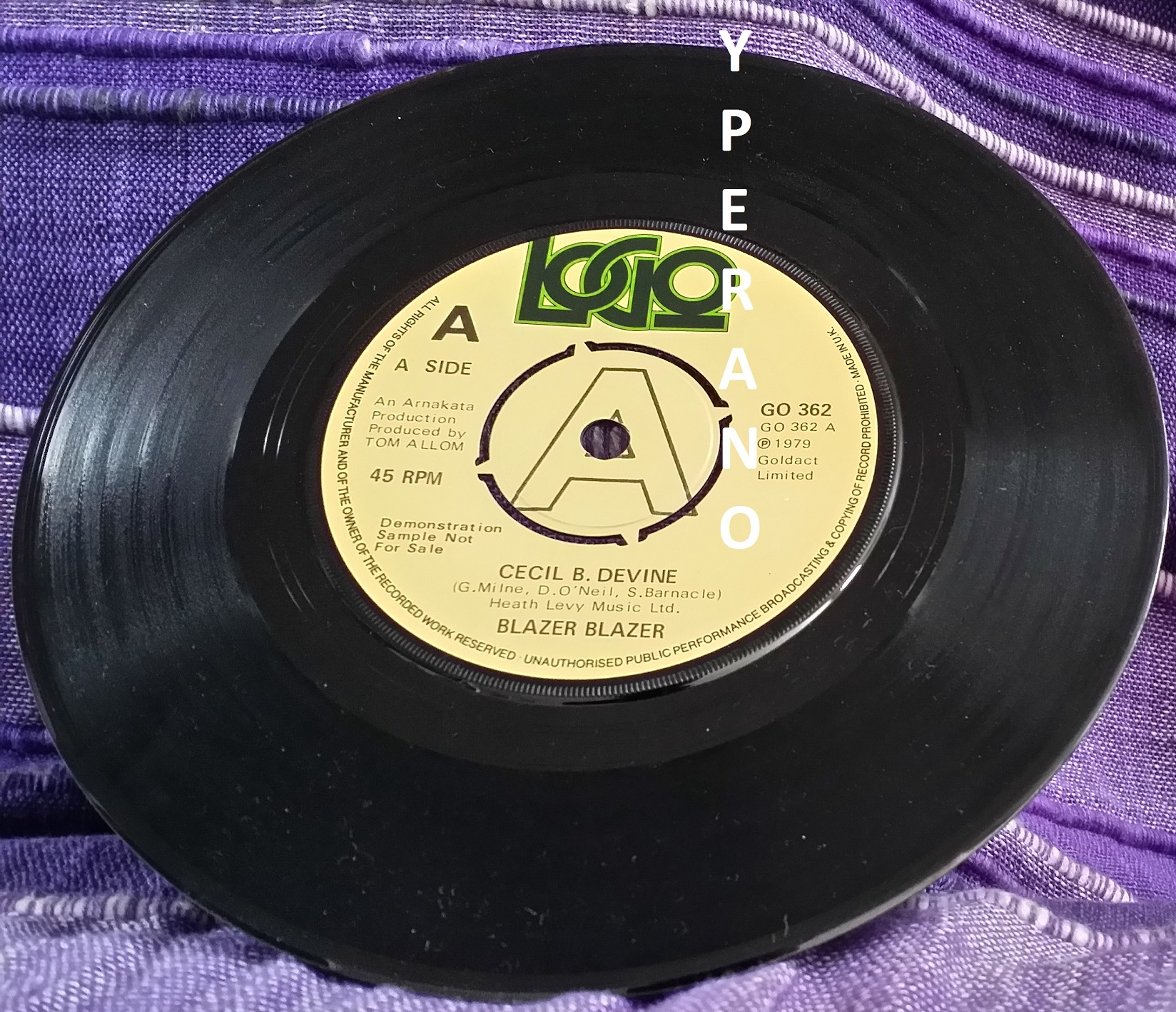 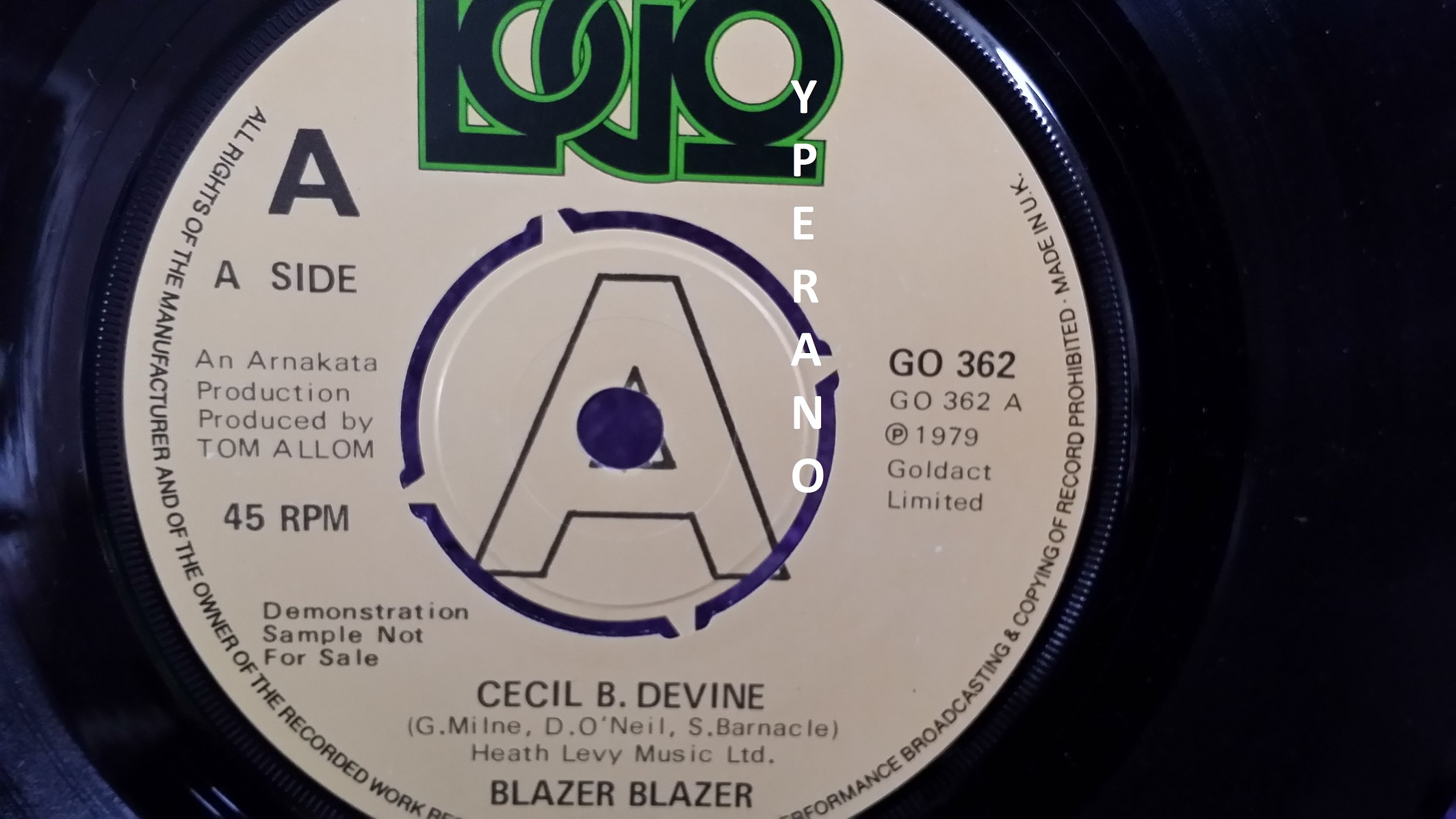 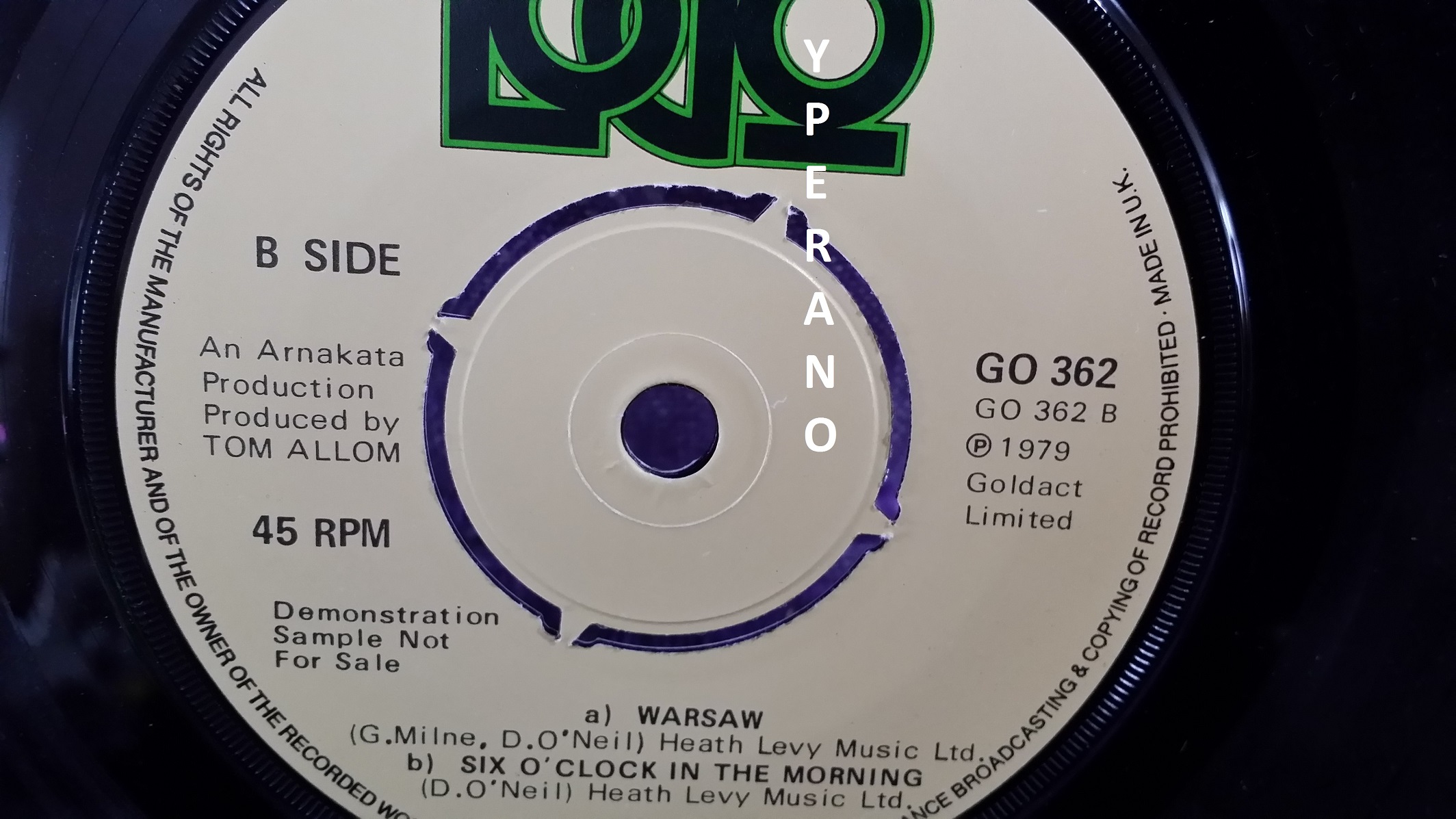 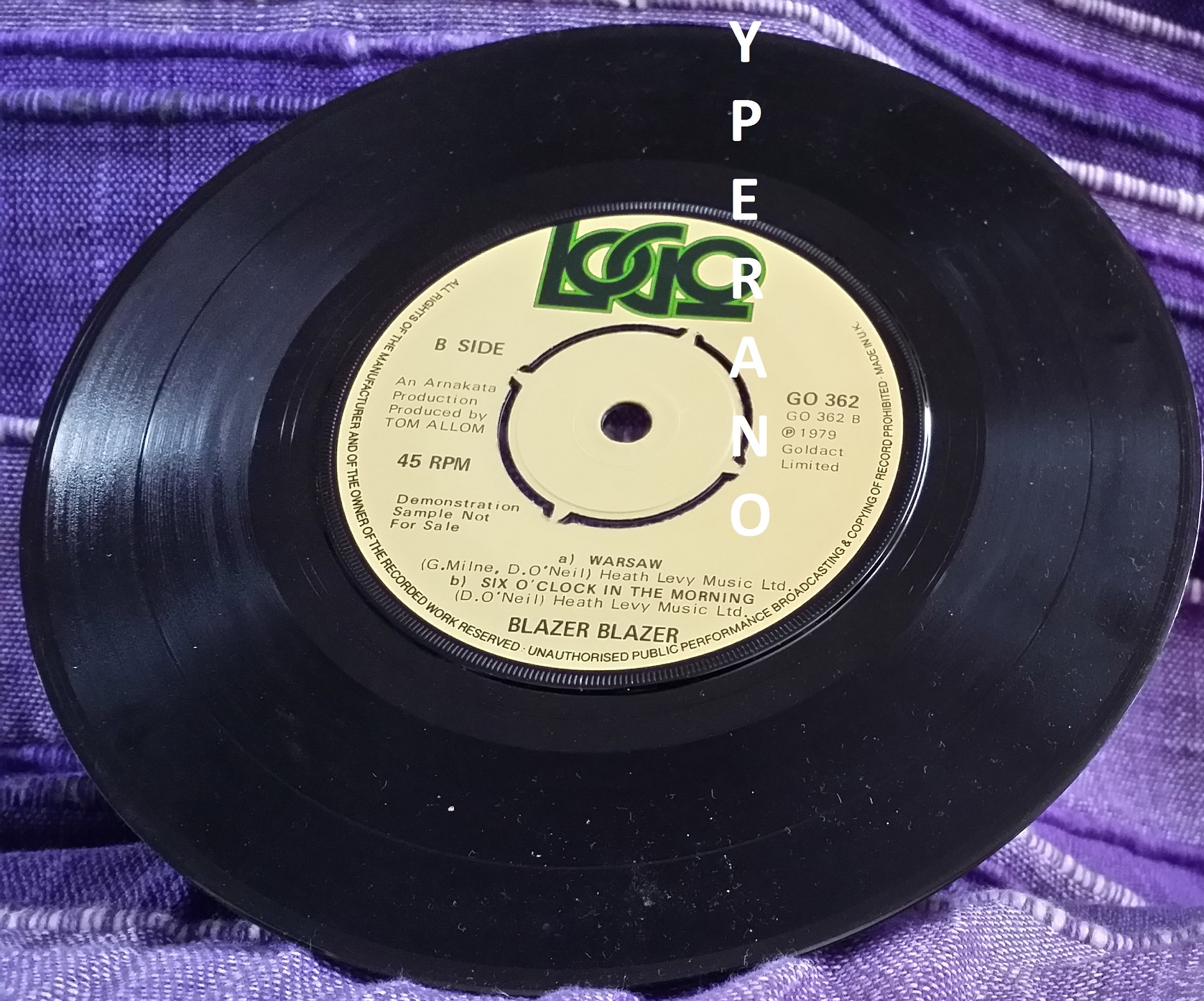 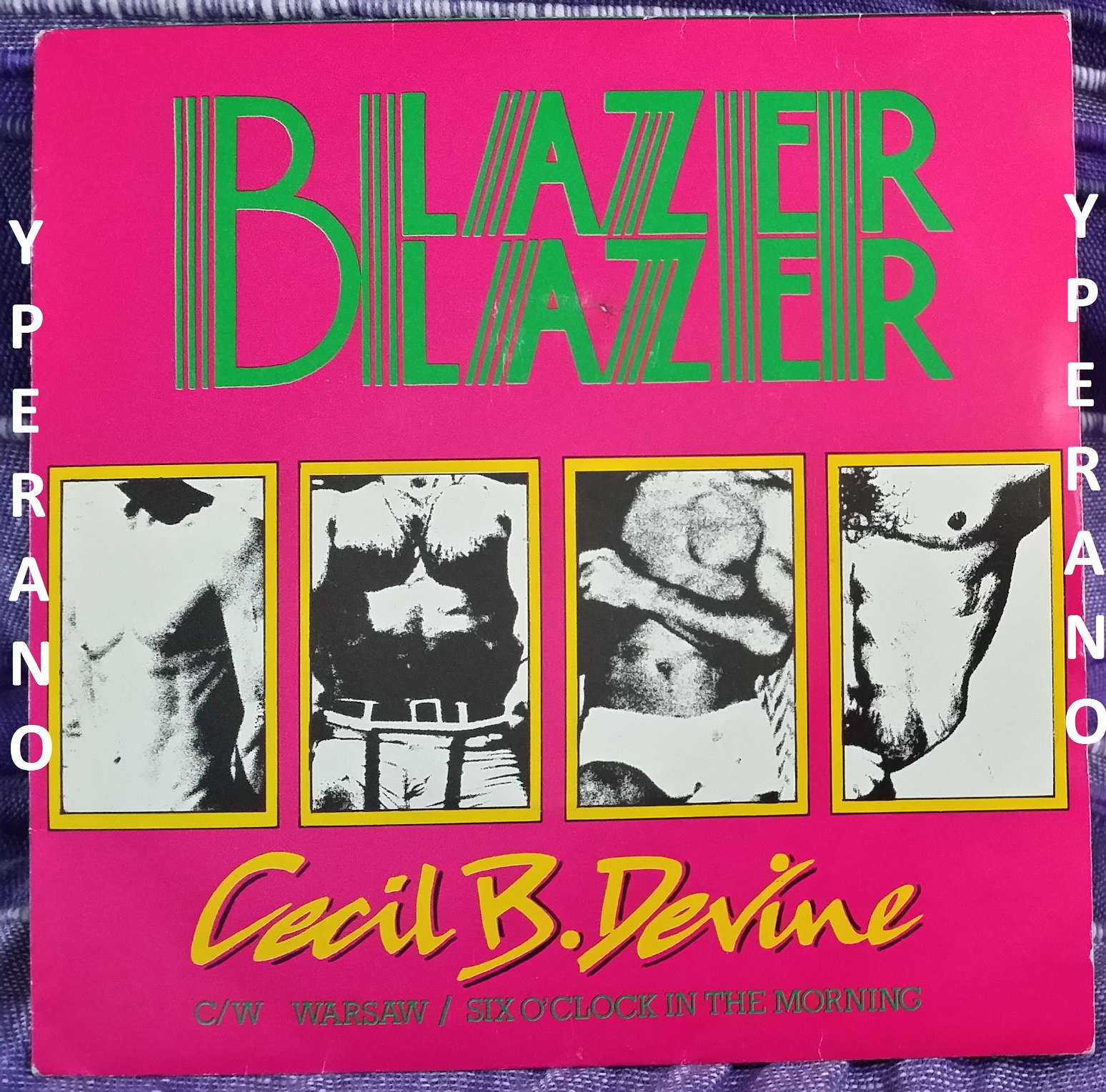 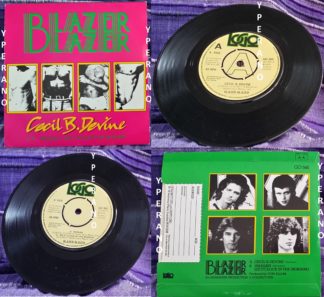