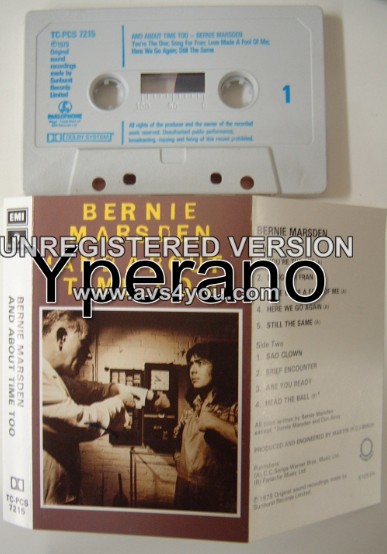 Bernie Marsden was well into a recording career when he struck out on his own for 1979 And About Time Too, which may explain the album joking title. At the time, Marsden was playing guitar in Whitesnake, following years with UFO, Wild Turkey, Cozy Powell Hammer, and Babe Ruth, among others, so he had a significant résumé, all suggesting that he was ready for a spot of heavy rocking, but And About Time Too is much softer than his past or present, a slick and phased collection of ’70s album pop and rock featuring such impressive players as Powell, Jack Bruce, Ian Paice, and Jon Lord. Again, all this suggests a harder record than what And About Time Too actually is. Certainly, much of its appeal is down to its period stylings, particularly when he indulges himself on a piece of sprightly pop like “”Love Made a Fool of Me”” or “”Sad Clown”” — songs that could’ve crossed over from album rock to adult contemporary — and these tunes are strong enough that they make such heavy blues workouts as the grinding “”Brief Encounter”” and the woozy, solo-laden closer “”Head the Ball”” feel like detours even when they’re much closer to Marsden main line of work. Other remnants of the time, such as the heavy layers of analogue synths from Don Airey and the long stretches of instrumental pyrotechnics, keep this somewhat at a remove from modern listeners, but it is those aforementioned poppier numbers that do make this worth a spin; they may not capture Marsden at his most representative but they may capture him at his best.

Recorded and Mixed at Central Recorders Studio And Sauna, London. 5.0 out of 5 stars Good set of songs
If you are hoping for a classic-Whitesnakey album, you’ll be disappointed (although there are some elements). A blues-rock album this ain’t (although again, there are some elements). However, the songs are really good quality. The vocals are excellent (great harmonies) and Bernie is on top form with his Les Paul. This is predominantly a pop-rock album – but in a good way. The opener, “You’re The One” hooks you in straight away with its funky riff. There are 2 tracks that stand out head and shoulders from the rest which are more in a Whitesnake kind of vein, these are “Still The Same”, a rock ballad (one of 4 tracks co-written by Coverdale); and “Head The Ball”, an instrumental track which features great keyboard skills by Don Airey and amazing drumming by Simon Phillips. “Sad Clown” has a very “60’s” feel about it, kind of Hollies style, a ‘feel good’ song. “Are You Ready” is quite Whitesnakey, similar in style to “You And Me” – which is also featured as an interesting bonus track, in a less developed form compared with the Whitesnake version. I highly recommend this album.

5.0 out of 5 stars Very good!
I had one of the previous releases of the album because I collect (try to collect;) all projects where Jon Lord participated. So, I didn’t await to meet anything new that could wonder me in musical terms… I truly can’t say that I am a fan of Bernie as well as I consider this album as one of his best ones, but I do say that this is really very good. This is a very good item for collectors of Deep Purple related music.

5.0 out of 5 stars A very worthwhile solo album
So many artists put out solo albums that just sound like the group that they are from – Kiss for example. However, this sounds like a solo album, not an album that sounds like Whitesnake with Bernie Marsden singing.
Bernie Marsden is certainly a great Guitar player and a somewhat underrated song writer as it was him with Micky Mood and David Coverdale who wrote most of the early Whitesnake classics, although he & Moody rarely get the recognition.
On this particular album the songs are all good and very melodic, and feature Marsden’s distinctive vocals.
Two of the the three instrumentals that appear wouldn’t sound out of place on a Peter Green album, and the third is an unexpected jazz-rock affair.
Standout tracks are the opener “You’re the One” that opening riff is reminiscent of the Doobies “Long train running”. The atmospheric epic “Still the Same” – man what a solo! And the mid tempo’d “Sad Clown” in which Bernie throws in another spunker guitar solo at the end.
I originally bought this album when it came out in 1979, and I’ve never tired of listening to it.
Check it out!

A great album and Whitesnake were definitely at their best with Moody and Marsden. I never did understand the exact reason why Marsden was sacked so abruptly before even completing Saints and Sinners. I know Coverdale wanted to take the band in a new direction, new image etc, but to do it at that moment in time, why? 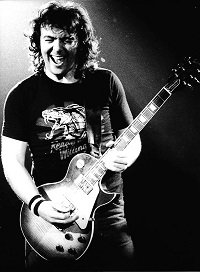 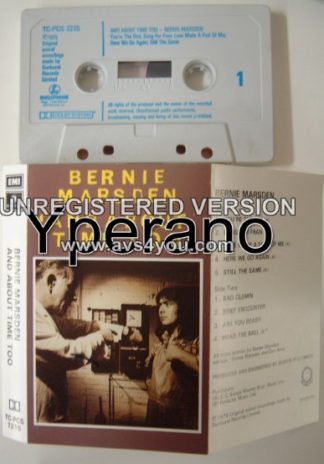