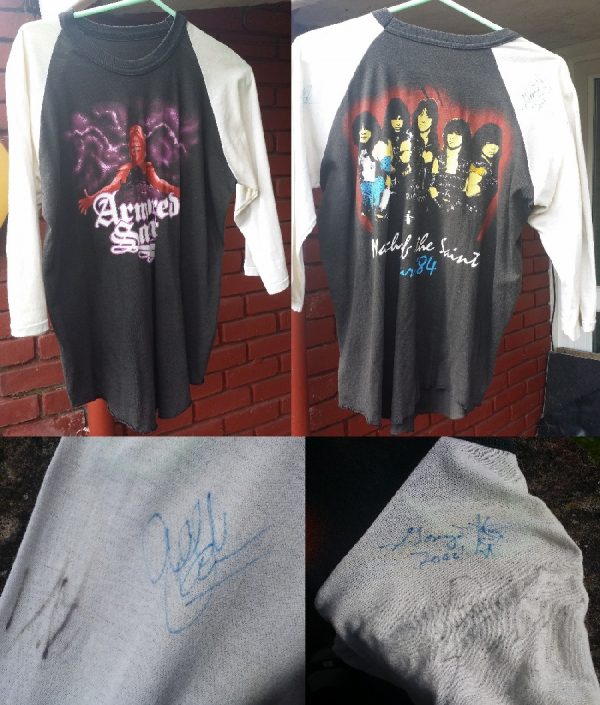 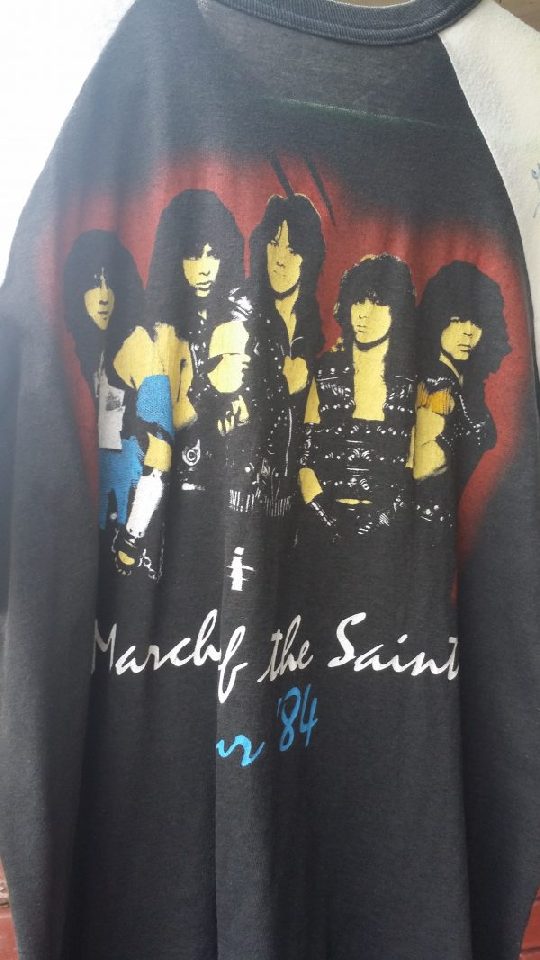 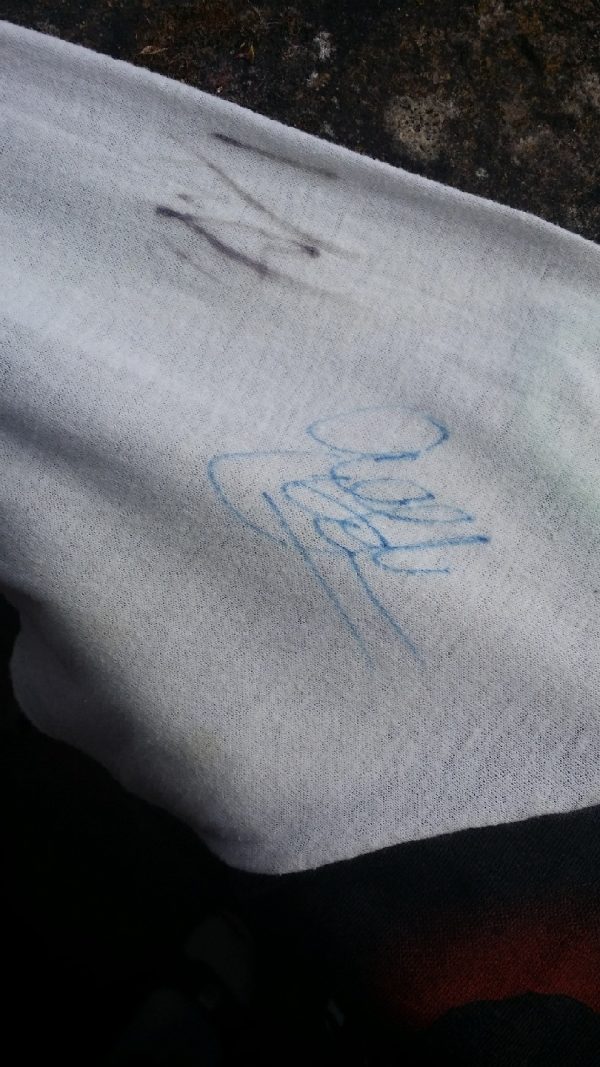 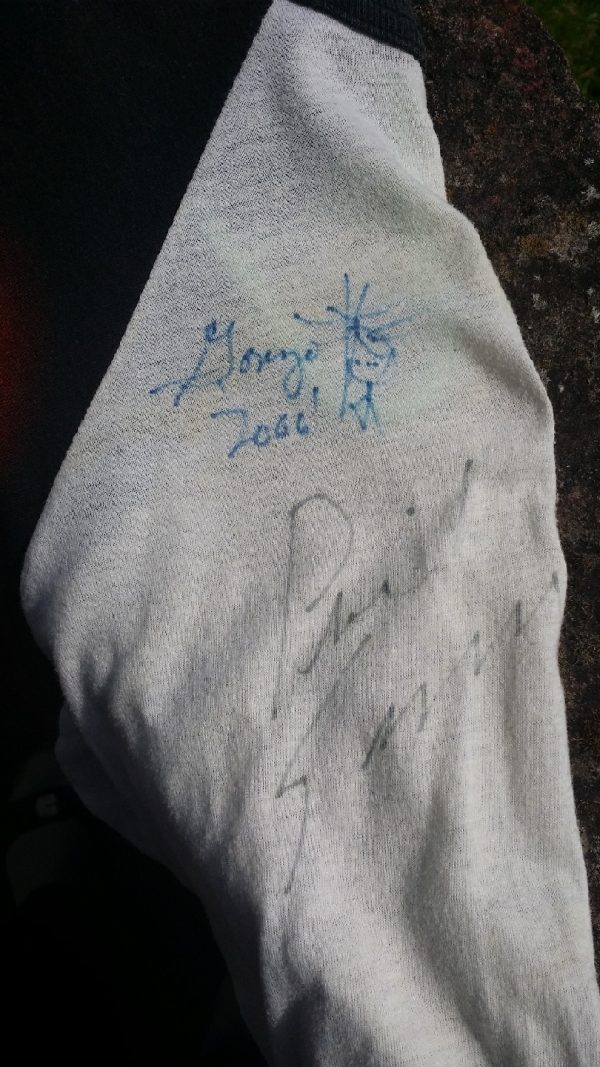 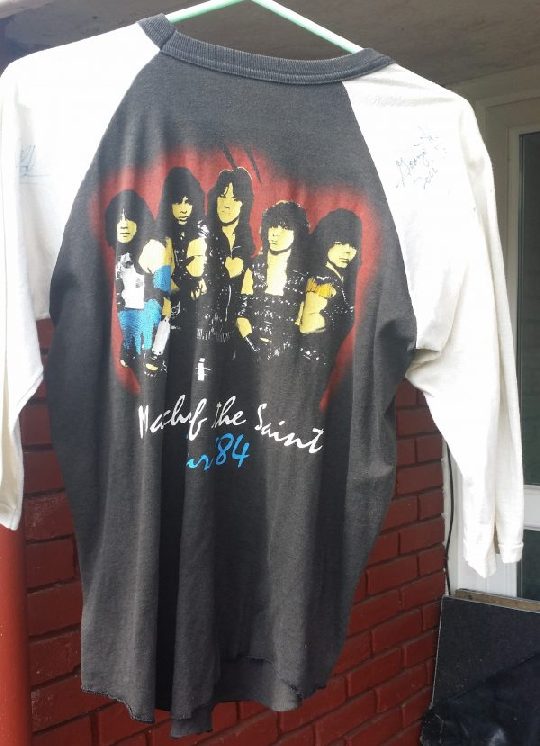 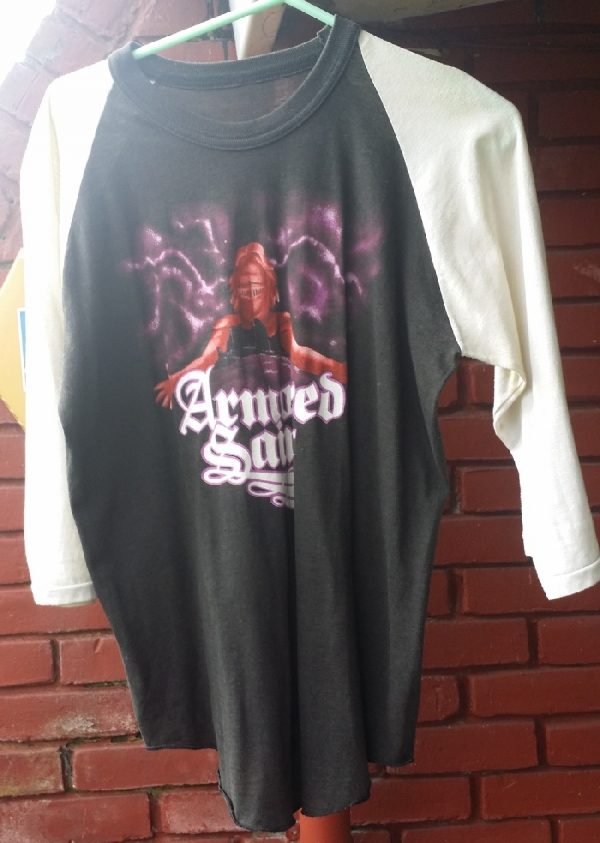 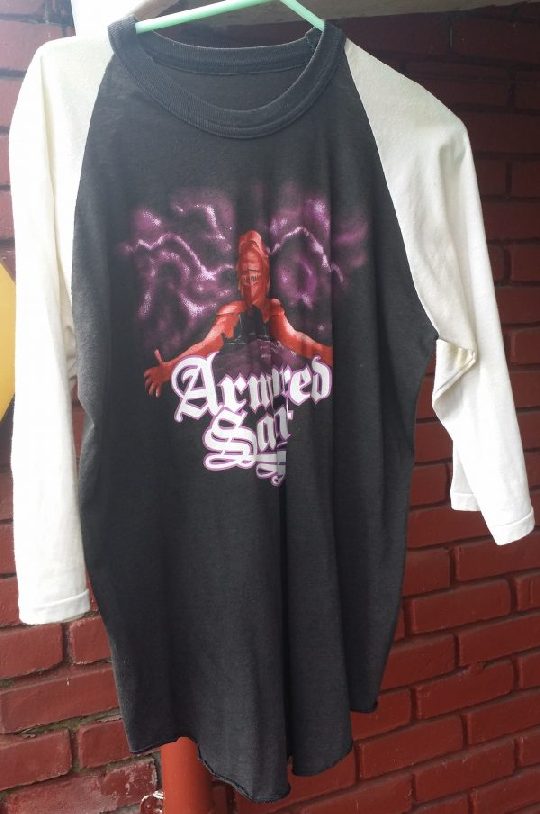 100% authentic T-shirt that was made and sold by the band, slightly before the first tour (in support of their debut album). It was actually sold by the singer by mail even before the tour started. John Bush was posting those shirts to the fans!

probably an XL size, but given that size depends on many different factors and is a matter of interpretation, here are the exact measurements and you can make up your mind if you want to by this shirt, that has absolutely zero problems (no tear and wear whatsoever). It just requires a light washing before you use it, but you can expect that for such an old shirt.
Top to bottom 66cm or 26 inches
Armpit (bottom) to Armpit (bottom) 52 cm or 20 inches

Never seen this selling anywhere else, so must be one of the very rarest Saint shirts that were created and sold. Buy it now if you are a fan, you will not find it again…. 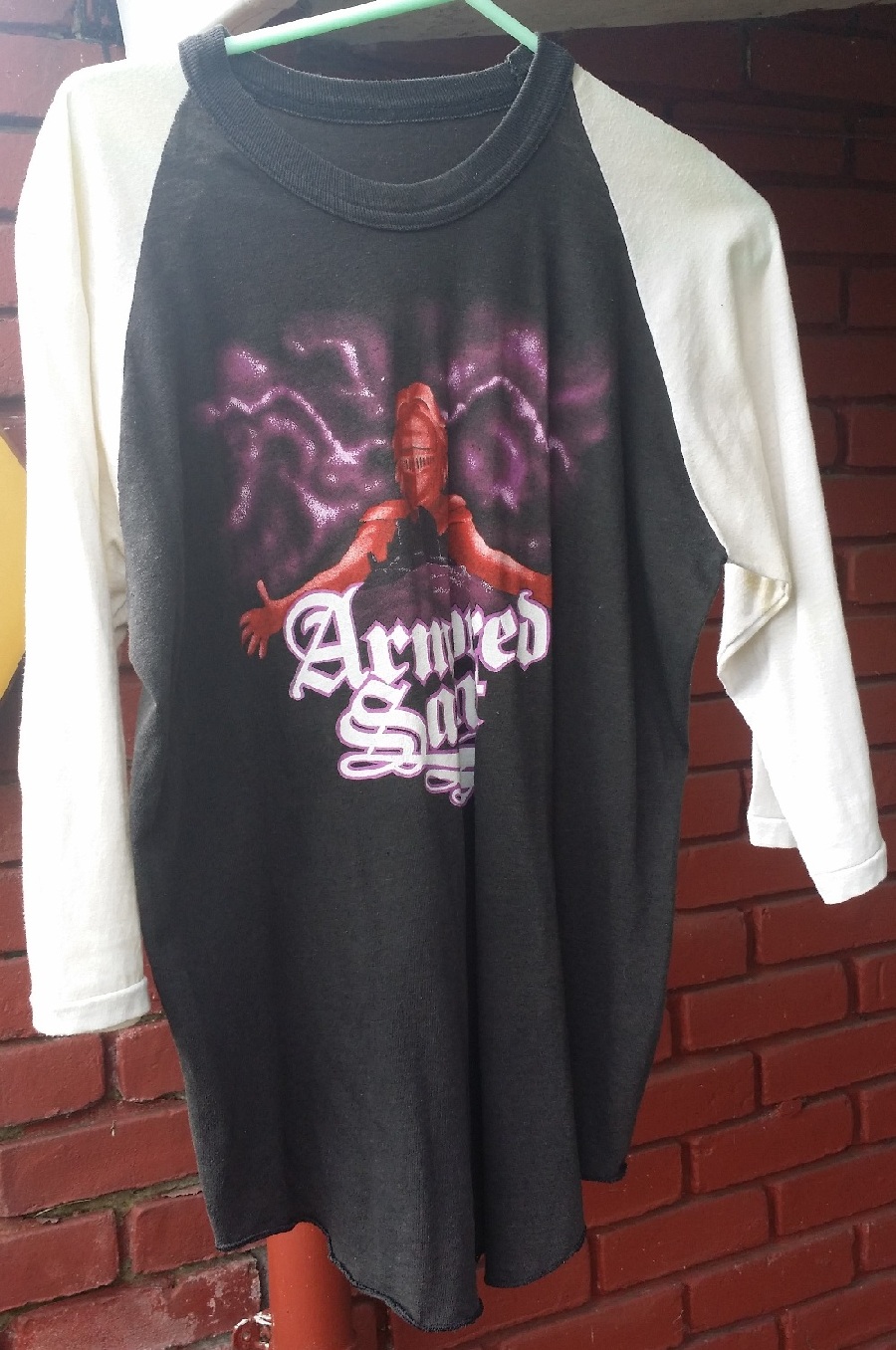 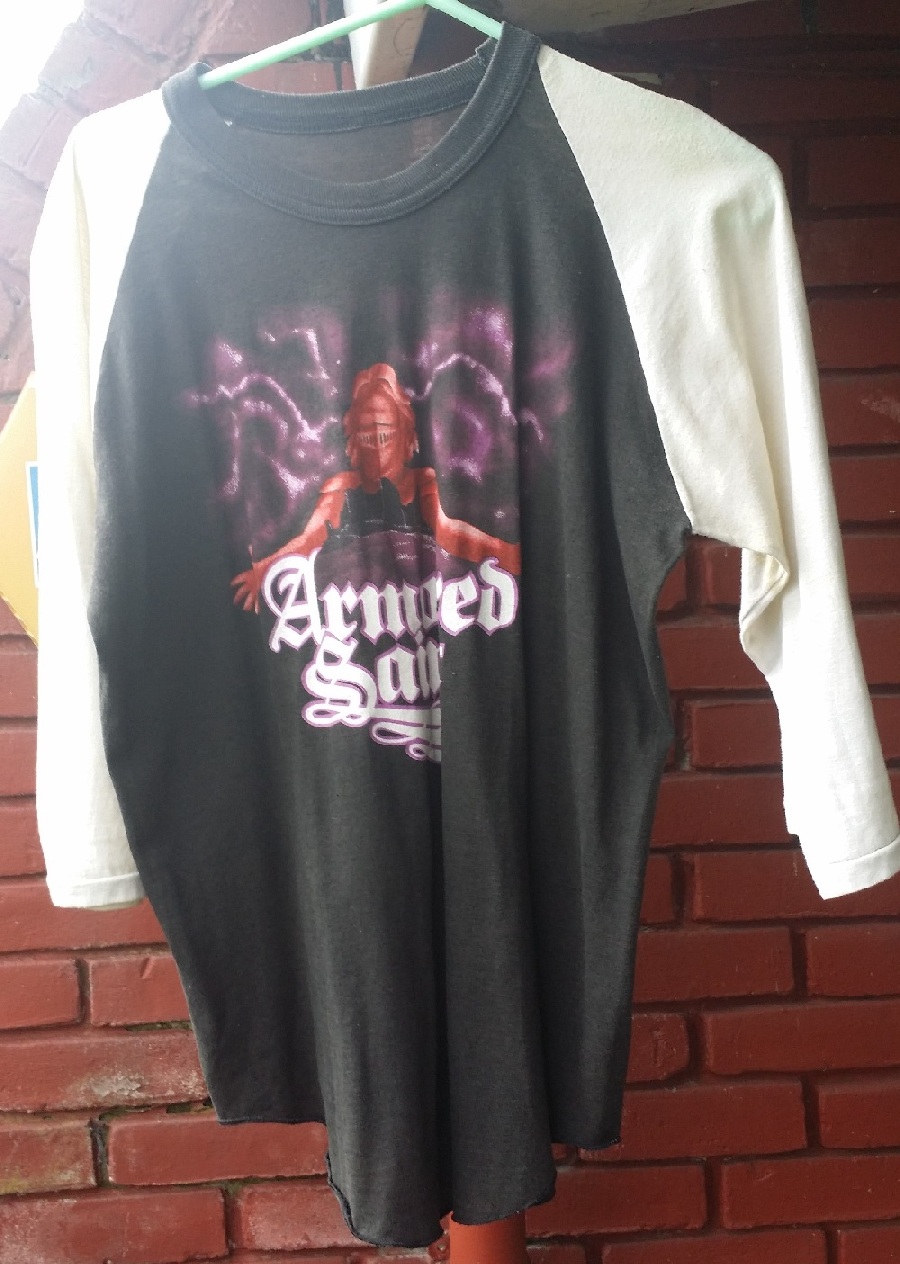 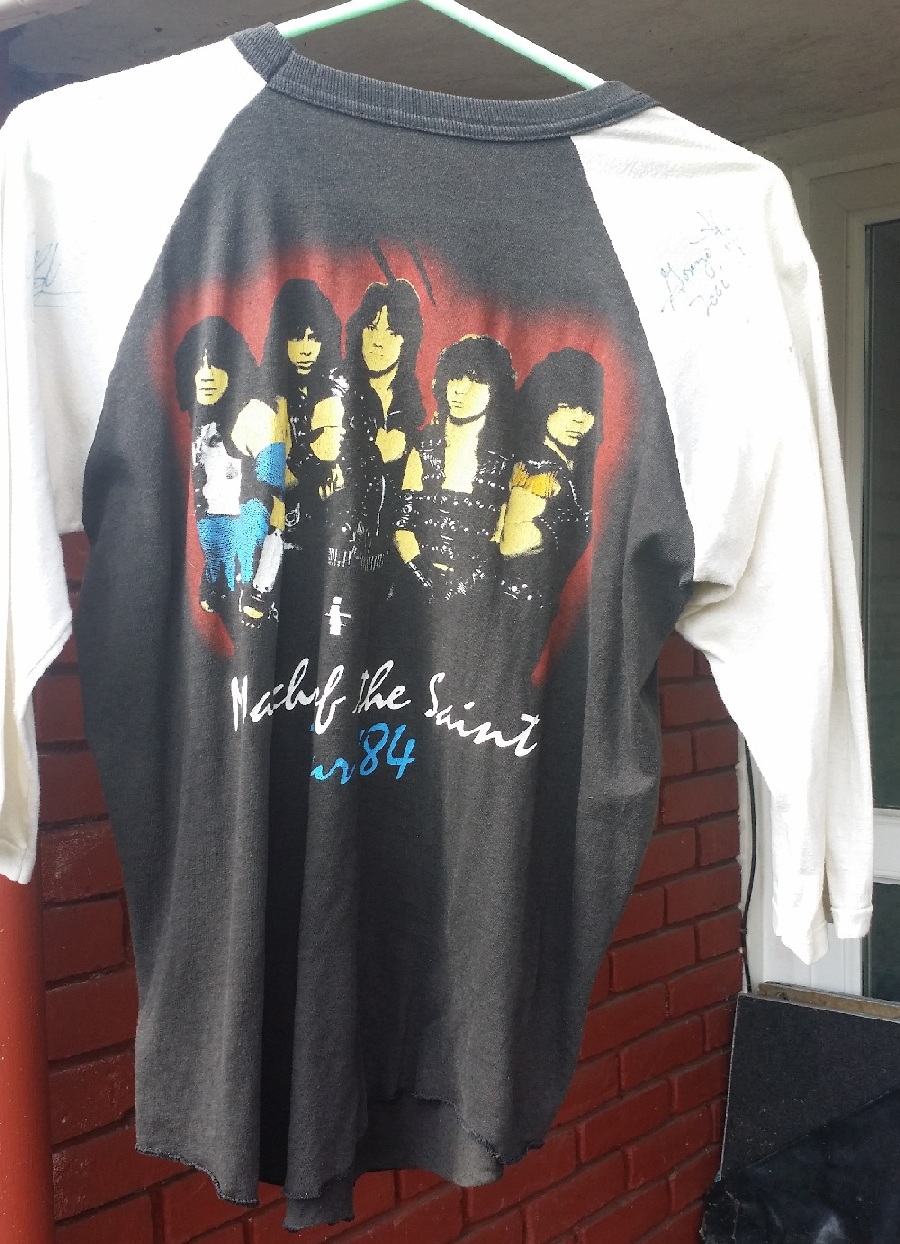 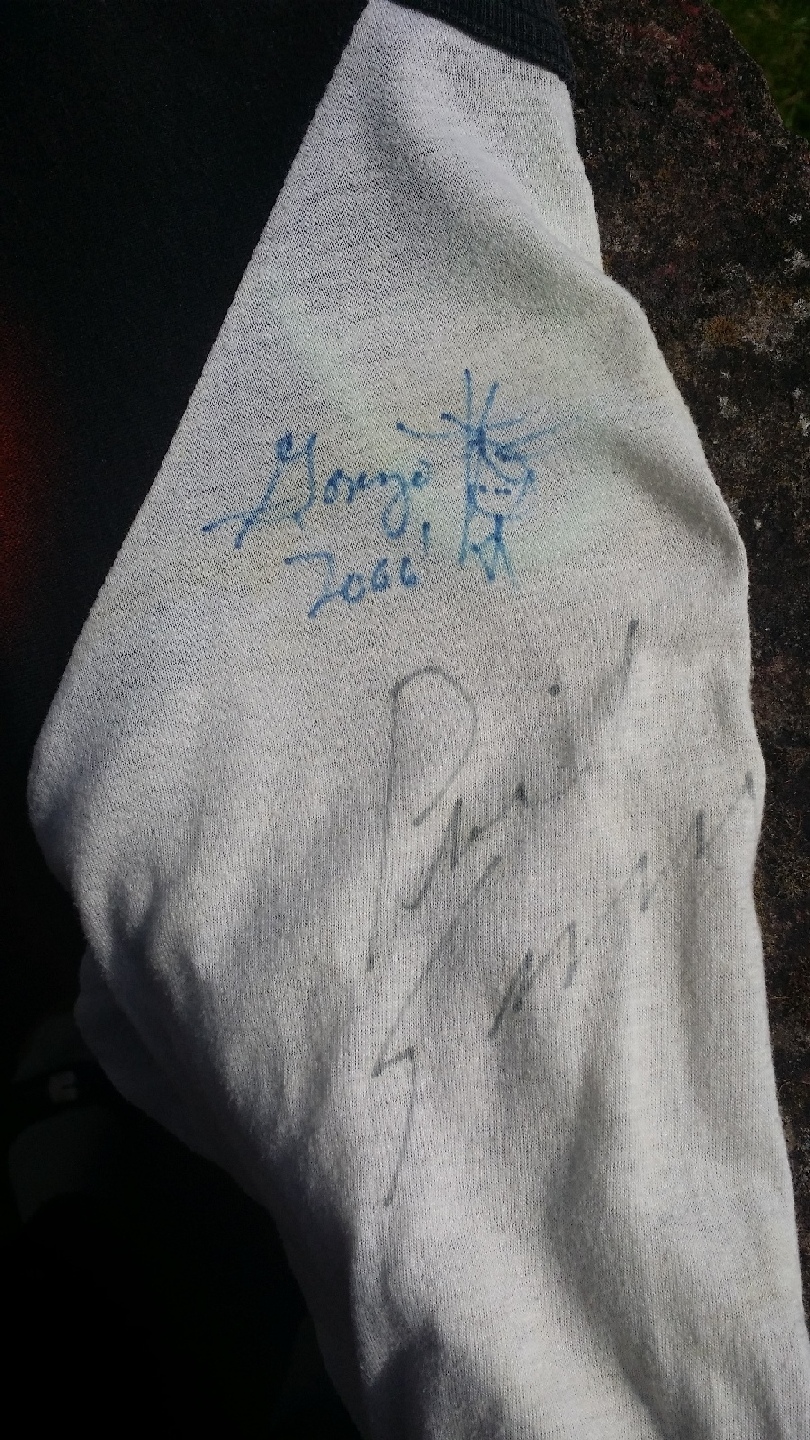 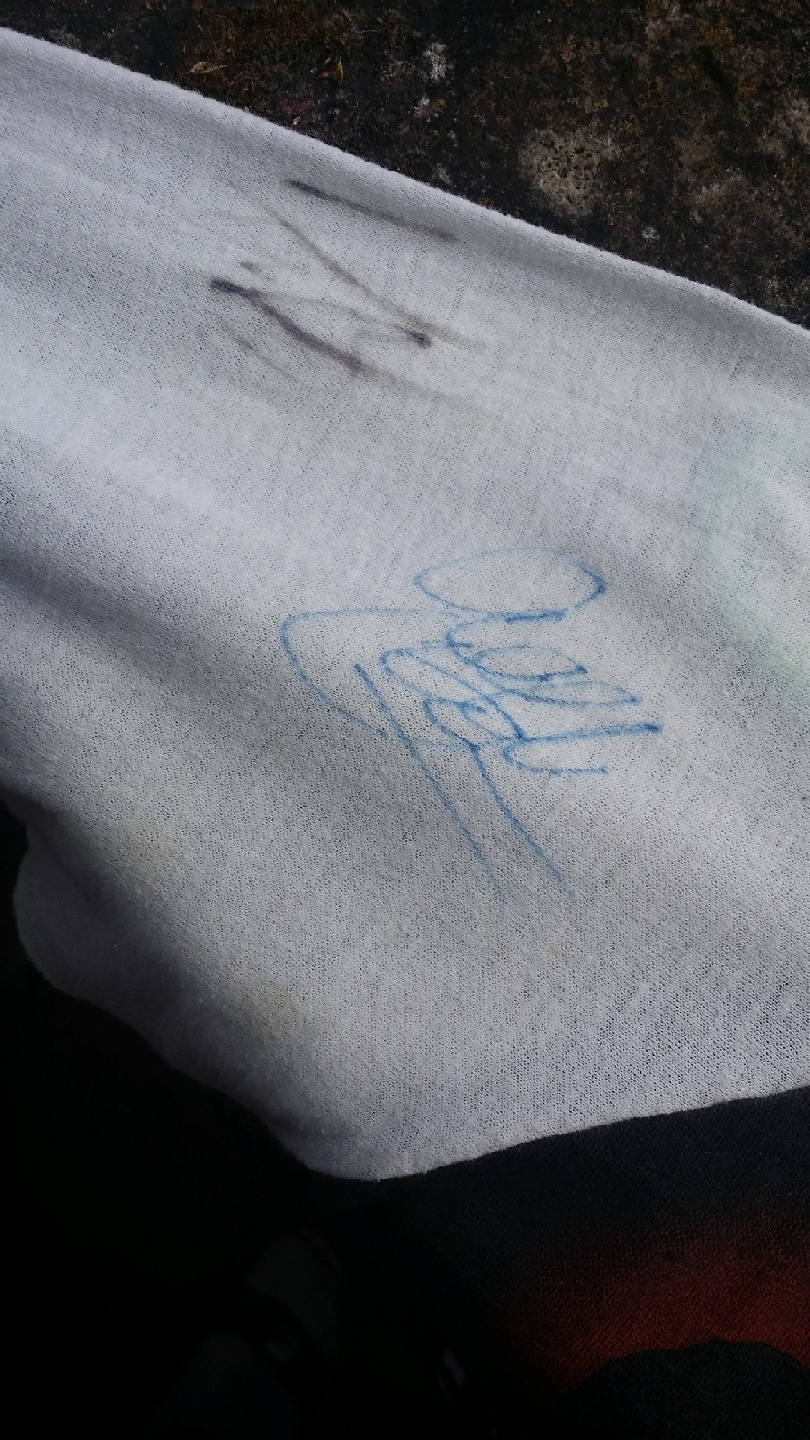 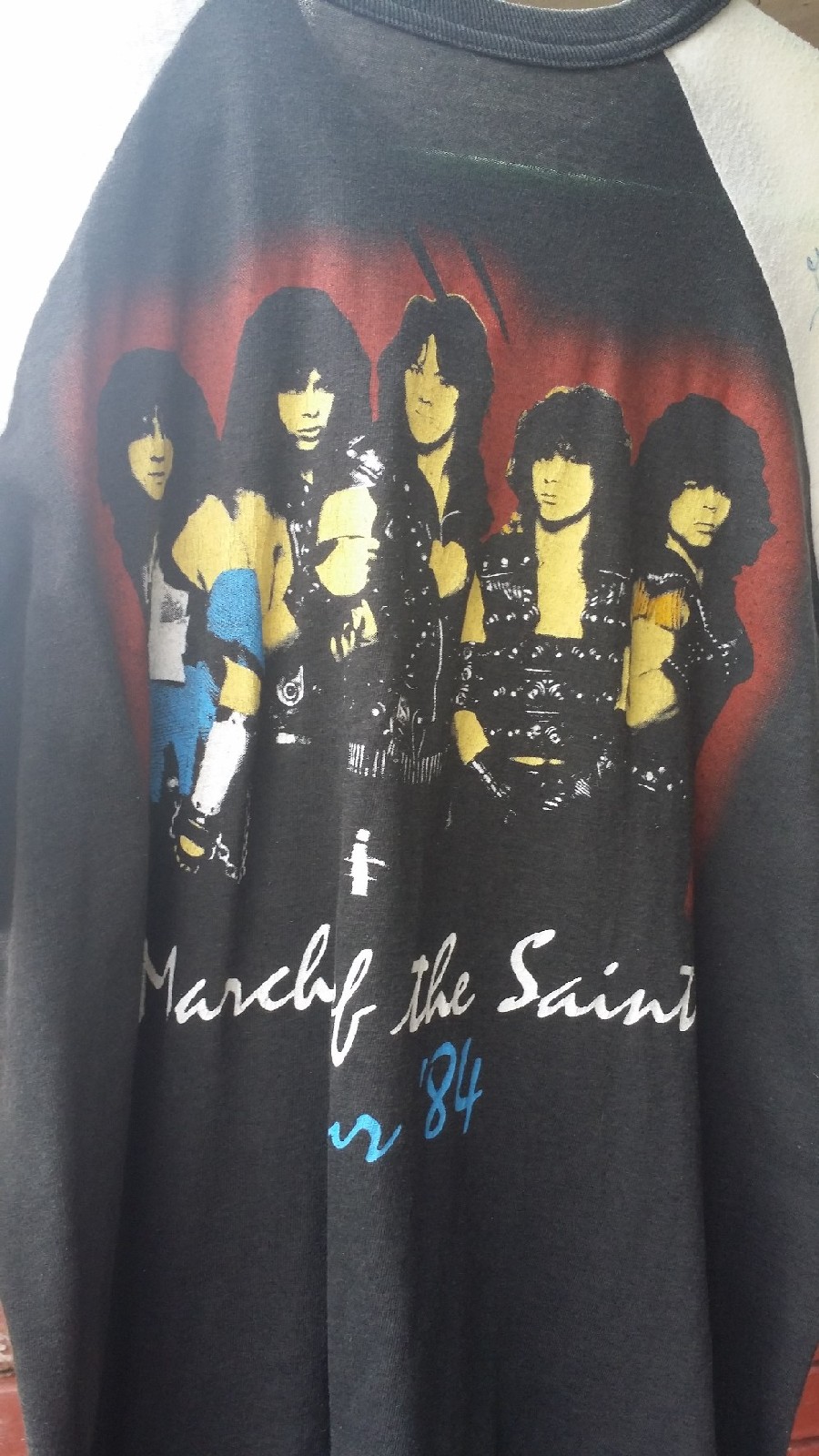 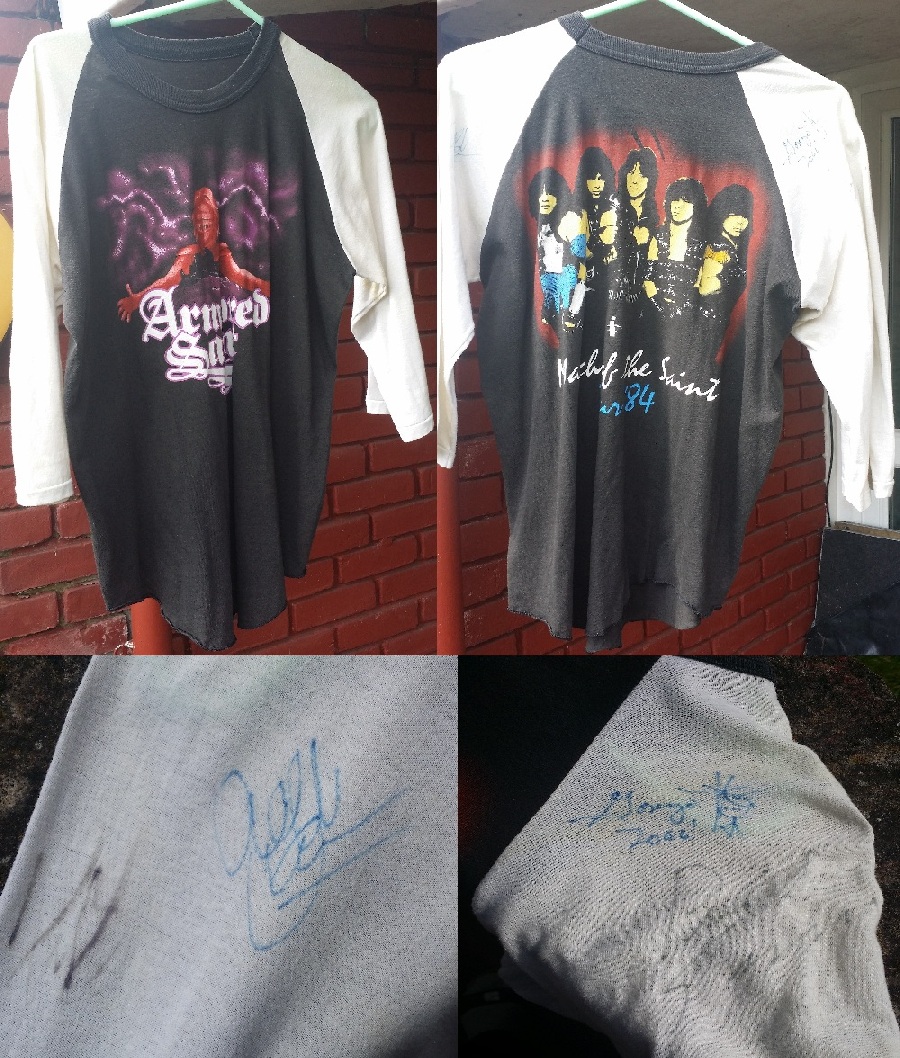 Metalheads – even more than any other kinds of music fans – find it especially important to let friends and strangers know what they’re into. Band apparel can serve as a password of sorts at concerts (e.g. “Is this guy alright? …Yep, he’s wearing an uber-cool Armored Saint shirt.”), and some items are cool enough to inspire passersby to check out the band without any further recommendation. It’s no wonder that band merchandise has been a huge part of the music industry since rock and roll, Hard Rock & Heavy Metal began.