Yet another surprise from Finland. I can’t believe how come these guys aren’t signed to a record label! This is one of those musical crimes that will not go unpunished, I’ll put on my grain of sand and I’ll tell you about Agonizer, one of Finland’s best kept secrets.

The style is not obvious at first listen, but after a few listens of this 4 track Ep, you’ll notice that this is Power Metal Finnish style! Names that come to my mind are Sinergy and Nightwish, but with male vocals.
Powerful vocals, that’s one if the strongest points of the band, their vocalist, Modi, has a powerful and deep voice, not your typical Power Metal voice, this one is more raspy.

I don’t know if this can be considered just plain Power Metal, because it has some Trash and Heavy Metal influences, also, some parts reminded me of their compatriots Children Of Bodom, without the harsh vocals of course.

All the songs are catchy and each one has the word “”Single”” written on it. The Ep begins with the title song “”World Of Fools”” this one begins with a nice piano, and then becomes this fast paced melodic song, filled with catchy parts and galloping drums, the chorus, just great, can’t stop singing it, next is “”Whatever”” another instant hit, with the Nightwish-esque keyboards and the fantastic chorus, “”Say Love”” is more groovy than the other two, with the keyboard adding atmosphere in the back and with an overall Rock attitude, final song “”Cain The Slayer”” features great soloing, both guitar and keyboards, who said Children Of Bodom here?

The production is excellent (was mastered by Mika Jussila at Finnvox studios), and the cover art and overall presentation is also flawless.
This is one of the best surprises I had from Finland. Agonizer is just a great band, and I can’t stop listening this Ep, the four songs contained here are incredible. 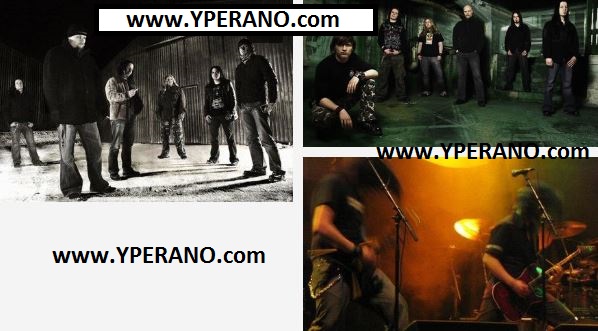