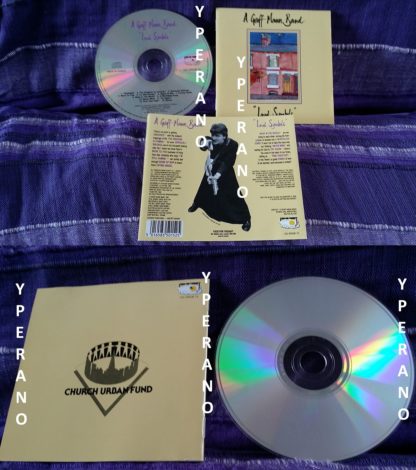 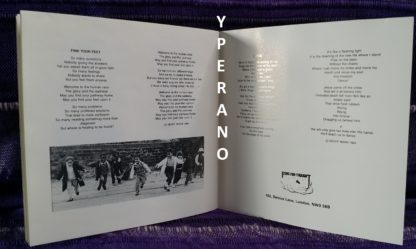 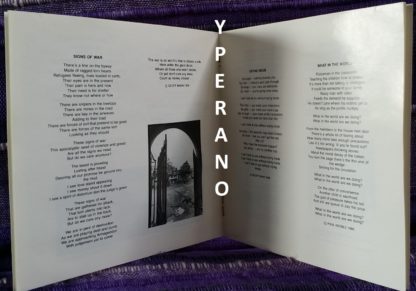 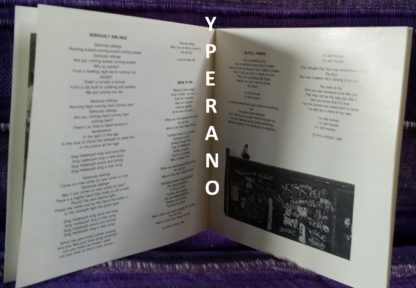 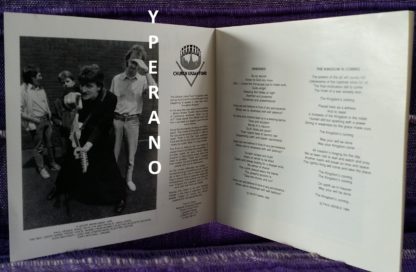 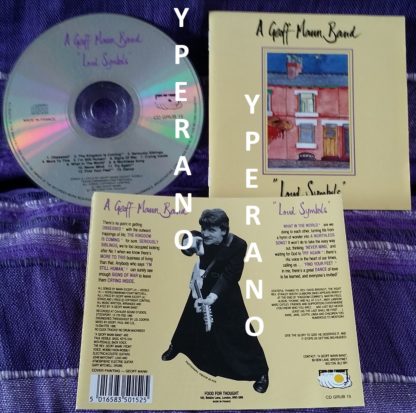 Seventy-eight saw the release of TRB’s “Power in the Darkness”. Its razor-sharp dissection of the political and social climate of the time left this then student wanting to join the picket lines and do my share of stone-throwing. Not until now has another album managed to capture the essence of the malaise in society at the grass roots level. Its diagnosis of the problems of moral decay, confusion and helplessness facing so many is unerringly accurate. Unlike Tom Robinson and Co., Geoff Mann delivers a solution to the problem. Using his trademark ‘wobbly and non-wobbly guitars’ as a base he builds portraits of the try-anything-once-then-once-again brigade (Try Again), the unloved (Worthless Song), the selfish livers (Never Mind). The media’s responsibilities are clearly stated. “Newspapers throwing stones about moral decay/You turn the page there’s the thin end of the wedge/smiling for the circulation./What in the world are we doing? ” Hopefully you won’t be provoked into stone throwing, only into supporting the Church Urban Fund to whom the profits of this album will go! Do your bit – buy it!

Studio Album, released in 1990
Geoff was particularly pleased with Loud Symbols as he felt he had really gelled with this band. It was also Geoffs’ first offering to appear on CD.

Solo album of the Great late Twelfth Night singer -guitar player, on Food For Thought Records (MFN) this man was (he died of cancer in 1993) one of the best voices of 80´s and early 90’s Geoff is most know for his work in U.K´s prog band TWELFTH NIGHT after leaving T.N. he started a solo career with other musicians, like Peter Nicholls, Clive Nolan (CASINO), Marc Catley, THE BOND, A GEOFF MANN BAND…. but maybe this album is his most complete solo; the musical style can be described as a pop-prog, most of the lyrics are about god or religion but in fact this question doesn´t matter at all, don´t expect boring slow songs with acoustic guitar singing how happy i´m with me or this kind of things… for me the best of Geoff MANN is what you fell with the voice, maybe not the best voice of the world, but very personal and honest and if we sit down and think about this is exactly what a song have to do: makes you feel as a curiosity several years after Geoff´s death a tribute album was recorded by a lot of friends and bands who knows Geoff or work with him, this album was called “Mannerisms” (A Celebration Of The Music Of Geoff MANN) and includes covers of Geoff songs performed by EH!, PALLAS, IQ, GALAHAD, Marc CATLEY & PALEY´S WATCH, FLAP, EDEN BURNING, PENDRAGON, JADIS, TWELFTH NIGHT and Clive NOLAN & Alan REED R.I.P. 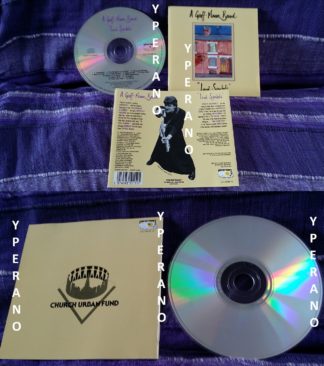