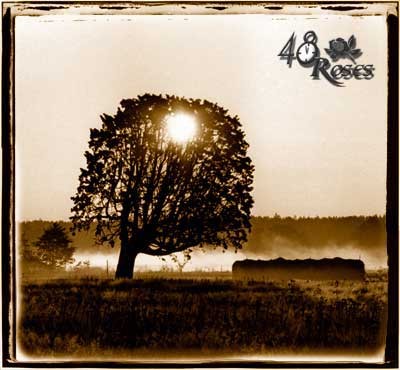 All vocals by BjÃ¶rn Nord except for:

Do you believe and Winter’s reign which are sung by Johan Rosenberg.
If love don’t live here is sung by Matts Backman.

A few years ago there were in Karlstad two band called 48 Hours and Black Rose. When members of the bands later teamed up for a name became 48 Roses. It is primarily a studio project where members meet a few times a year to rehearse and record. It is a common occurrence nowadays.They have released two demoCDs. The music is progressive-minded, yet with some neat choruses. Not so common in the genre. 48 Roses first album begins with “Beauty and the Beast”, which contains a great intro, a brilliant bridge and stylish choirs.A good uptempolåt. Then follows the band’s best song “Do you believe”. Good pace, stylish keyboards and a voice that reminds me a lot about Phil Lynnot. Too bad the vocals. It ruins the overall impression a bit. Third song “Child of the War” has a little touch of the epic. Here you show up better vocal sound, too. Finally, you drive an instrumental thing called “Time.” Here it is not only heard that these guys can lira. But I do not really like the song different theme. They are reminiscent of theme songs from TV or something. 1:14 Other disc opens with a riff that come straight from the 80s. “Nightmare Escape” is a song that would not have been ashamed of themselves on any DIO album from back in the day. The title track offers then a small epic riffs. Stylish choirs accompany additionally. However, the distorted vocals destroys more than it adds. Third song “If Love don’t live here” sounds a bit like Led Zeppelin’s backline appointment with something sixty bands. It is sonically exciting mix of Bonhams heavy drums and beautiful harmonies. Next song “Winter’s Reign” offers almost pure vocal sounds. It also has a chorus, really good. Last out is “Nightfall”. There, Dream Theater influences to the forefront. The verse could be taken from someone DT song. Restrained vocals, hard-working base and a synth pad. These guys can write, ARRA and play songs. They perform what is sometimes called “musicians music.” A rather narrow genre that can be difficult to get across.There are quite many similar bands since the 6 ‘7 years. I personally think that you should bet most of the songs like “Do you believe.” And above all, I think we should scrap the distorted telephone voice that you have many songs . Although it is thought of as a hallmark of the band, I think they should think again. Maybe it’s also time to try to get someone else to record the band. most preferred course through a recording contract with a real budget, but it’s easier said than done. But you can still try to get hold of any third party that controls up all these ideas that you have. A better sound would bring these two plates high on the scale. the material and the performance is good enough. One plus one should have for the presentation. Although these demos are self-produced in the “basement” as it is stylish stuff you get in your hand. in addition, informative. it is important for an indie band appear in a good way. do you like bands like ACT so I think you should check out 48 Roses. 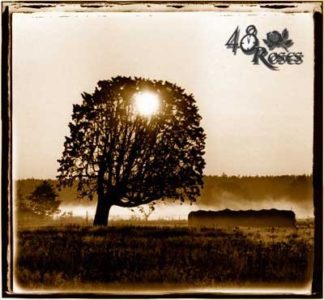