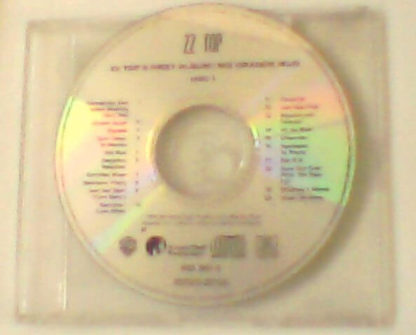 This sturdy American blues-rock trio from Texas consists of Billy Gibbons (guitar), Dusty Hill (bass), and Frank Beard (drums). They were formed in 1970 in and around Houston from rival bands the Moving Sidewalks (Gibbons) and American Blues (Hill and Beard). Their first two albums reflected the strong blues roots and Texas humor of the band. 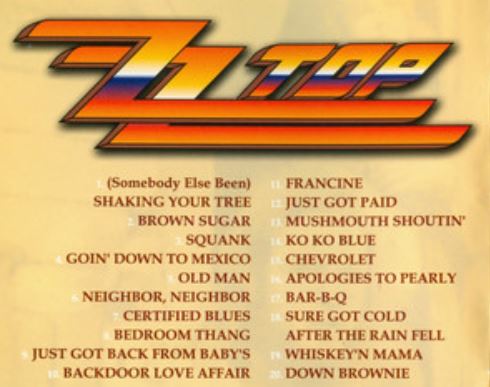 Say, what was the name of ZZ Top’s first album again? Ah, yeah: ZZ Top’s First Album. Songs like Neighbor, Neighbor and Backdoor Love Affair might sound like they could come from any time in the band’s career, but there’s a more conventional bluesiness on their debut that sets it apart.

The earthy, Southern-fried simplicity of the recording clashes jarringly with the multimillion-selling Eliminator, but Brown Sugar lays on the blues like treacle, full of classic licks and loads of space – a looseness that suggests Billy Gibbons is just fooling around before the track takes off. Goin’ Down To Mexico is almost Dylan-esque until the breakdown at 1:20 that lets you know this really isn’t “the same old song”. Just Got Back From Baby’s is another highlight. A new bunch of Hombres had arrived.

5.0 out of 5 stars Brilliant! ….a classic album,
This is by far the best album ZZ Top have released! If you like raw, driving, Texas blues (with a touch of wry humour..”Bedroom Thang’, “The Squank”) then this album is for you! ….really roots stuff!

5.0 out of 5 stars an amazing first effort!,
Its hard to believe that such a well done album was the début! but if I didn’t believe ’em then the title sure corrected me. Seriously good guitar skill throughout with some classic tracks. My two favourites were Brown Sugar and Goin’ Down To Mexico. buy it and enjoy

5.0 out of 5 stars First Album,
Bought this years ago on vinyl (ooh the old days), just had to get it again on CD, its as good now as it was the first time I bought it.

By the time ZZ got to this, their second album, they had really found their stride and momentum. There’s something warmly quirky about this record, as the blues are taken for a short ride down several dusty roads inhabited by the sort of carnival heroes and fast-buck troubadours with whom the band have had an long-time fascination.

The confidence the three ZZs now had in each other is clear as they shuffle through the queue for Just Got Paid, lay on the slide for Apologies To Pearly, and kick into the pressure points on Bar-B-Q. Dusty Hill even gets to exercise his throat on Chevrolet and Francine.

5.0 out of 5 stars Blues rock par excellence,
Rio Grande Mud ranks right up there with Tres Hombres and Deguello as ZZ Tops finest work. Their debut was good, but Rio Grande Mud is many times better. It rocks harder and the songs are better. Billy Gibbons’ guitar smokes throughout the album! The little band from Texas really began to hit their peak with this album. This is the way blues rock is supposed to be played.

5.0 out of 5 stars ZZ Tops Artistic High-Water Mark,
Listening to this album now, 26 years after its original release, reminds one just how great a blues band the Top was in the early days–before the Nudie suits, the beards, and the jive. Billy Gibbons played solos on this album that most guitar players these days only dream about (check out “Sure Got Cold After the Rain Fell”), and his slide guitar was right up there, too. Dusty Hill actually played more than three notes in a song, and Frank Beards drumming was slick and inventive. Maybe I’m just a purist, but I’ll take “Rio Grande Mud” over “Eliminator” any day of the week.

5.0 out of 5 stars Stand up and shake your hips, the boogies here
Now I could be all coy about this and but I won’t – I know exactly what makes ZZ Top what they were on their early albums: excellent playing is part of it, excellent songs is another, but primarily its FUNK.
I cannot listen to one of the first 6 or 7 Top albums without my fingers starting to tap, then my head beginning to nod, then my feet begin to shuffle then my hips begin to swing. This is fantastic and groovy Southern Boogie. Rio Grande Mud is my favourite Top album rapidly followed by Fandango.

5.0 out of 5 stars MY FIRST AND FAVORITE ZZ RECORDING
In 1971 I was introduced to this group as the warm up band to a Ten Years After concert. Everyone was floored by the energy and Billy Gs guitar work. So, when this album came out it was a must have. With the ending chords of Apologies To Pearly and the amazing fade into Bar-B-Que this is somkin’,goose bump deliverin’ rock you gotta have. This is what made ZZ “Top” and I wish they’d get back to it.

ZZ Top’s First Album hadn’t made much of an impression on the charts when it came out the year before, but Mud‘s lead track, “Francine,” which featured vocals from bassist Dusty Hill, made a bit of a dent, becoming their first charting single. (Things wouldn’t really bust open for the group until 1973’s Tres Hombres.)

A vintage advertisement for the second LP declares that the band’s reputation “has literally exploded throughout the South and Southwest,” and a Rolling Stone review written shortly after the album’s release seems to agree the trio is worthy of bigger things, stating that ZZ Top “churn out sizzling electrical blues in a style not far removed from John Mayall‘s original Bluesbreakers and early Fleetwood Mac” and promising, “With wider airplay and a little promotion, ZZ Top could … reach the top.”

With a title that trumpeted both their Texas pride and love of all things south of the border, Rio Grande Mud finds the band sounding more full-bodied and confident in the studio than on their initial effort. Throughout Mud‘s 10 songs, Hill and drummer Frank Beard provide a supple, rock solid and blues-heavy foundation for Gibbons’ vocals and frequently stunning guitar excursions.

The frontman also proves himself quite a harmonica player, delivering gloriously unhinged work that contrasts perfectly with the rest of the traditional “she done me wrong” lament “Mushmouth Shoutin’.” Another highlight: the weeper “Sure Got Cold After the Rain Fell,” which is absolutely the best song in the world to play over and over again at 3AM after you’ve gotten your heart dragged through the mud.

For a long time, Rio Grande Mud was difficult to find in its original form. 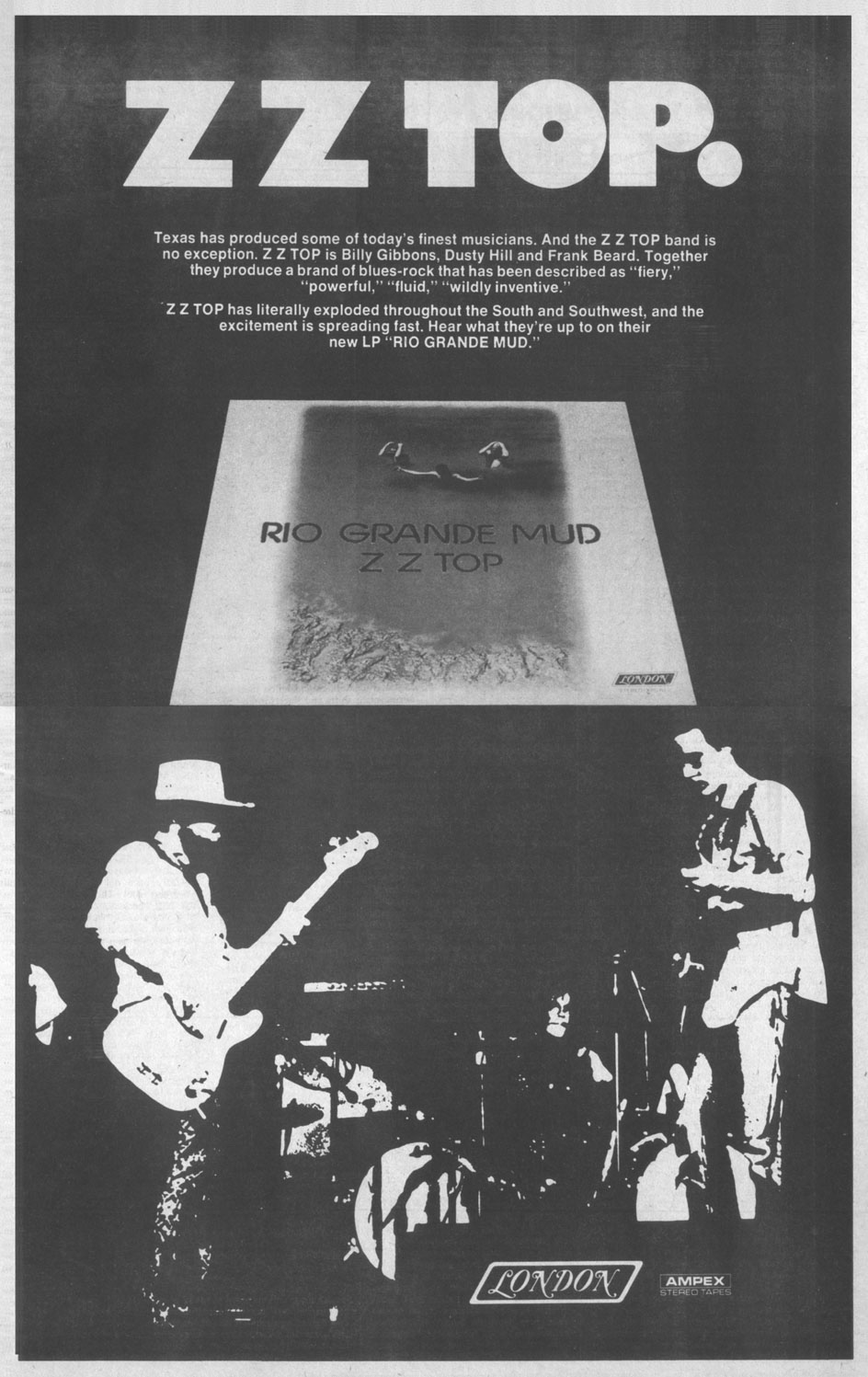 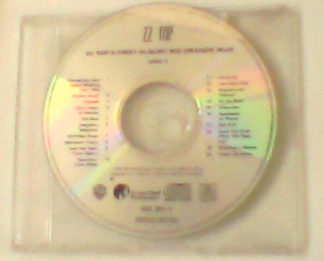