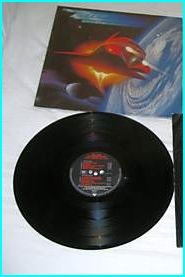 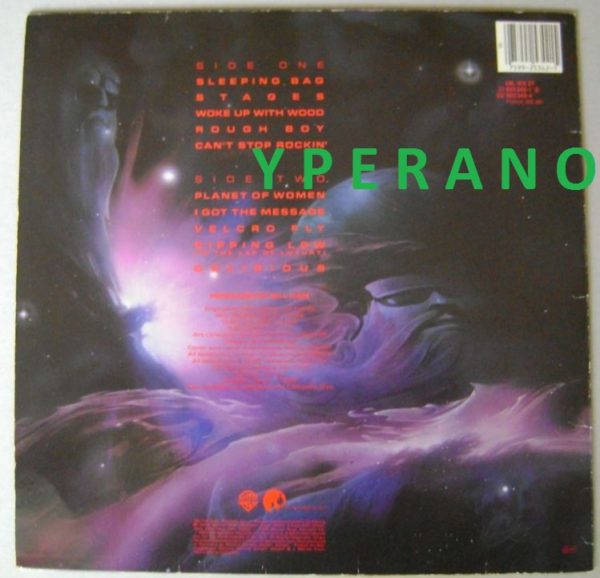 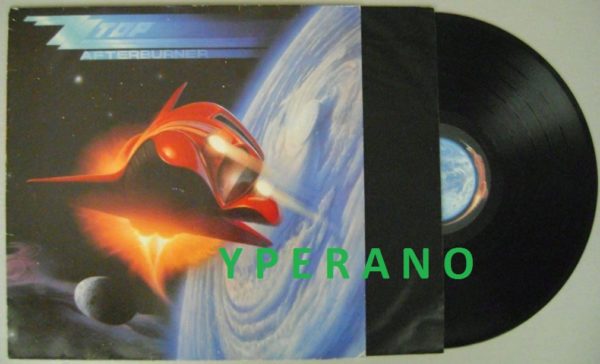 Every single song is amazing! Not a single average song.

Afterburner is the ninth studio album by American blues-rock band ZZ Top, released in 1985. Afterburner was a financial success, going several times platinum and launching several hit singles.
The song “”Can’t Stop Rockin'”” was featured in the 1993 film Teenage Mutant Ninja Turtles III.
The song “”Velcro Fly”” was an element in Stephen King’s The Dark Tower III: The Waste Lands; Eddie keeps hearing drums playing off in the distance and thinks it sounds like, then later realizes it is, the drum track for “”Velcro Fly””.
The most successful single released from this album was “”Sleeping Bag””, which peaked at #1 on the Mainstream Rock Tracks and #8 on the Billboard Hot 100.
In the UK, it was the band’s second album to be certified by the British Phonographic Industry, attaining Gold (100,000 units) in 1985. In 1990, it was certified Platinum (300,000 units), to date their final Platinum certification in the UK.

2 years after the mega selling Eliminator comes Afterburner in Oct of 1985 and to me it’s sides 3 and 4 to Eliminator. ZZ boys decide if it ain’t broke we ain’t fixing! But along with the no fixin claus someone in the Top Organization decides to jack up the synth,throw down some drum machines and  embrace the musical sounds of the mid 80s hard rock style. Plus the cover was cool as they took the ZZ car and torqued up into a rocket ship looking car! Kudos to ZZ there going into frontiers unknown!

ZZ  stays the course and me for one I’m ok with it!

Billy/Frank and Dusty fire up the Afterburners (Ha) and take off and hey where did that dang drum machine go…….

SLEEPING BAG- cue Frank Beard and the drum machine and some robotic musical patterns and whoosh thank God here comes Billy with his guitar and uhhey this has too be the coolest song ever written about a Sleeping Bag. This is total 80s sound in production trickery. All the bells and whistles are here folks!

STAGES- ahh this sounds familiar. This song rocks straight ahead with Gibbon’s guitar driving the tune cool catchy song and was one of the singles that did well for them.

WOKE UP WITH WOOD- what a great title! This is top heavy with the synthy rhythms and beats and shit but man it’s once again like Quirky Top. I love this tune and still do! The  solo, the outro solo is real good as well! Hey ladies be careful lying next to a piece of wood and no I’m not warning you!! Billy Gibbons/ Frank Beard and Dusty Hill are warning Ya!

ROUGH BOY- ah yes track 4 and it time to slow the brakes down. Just like Eliminator with that track number 4 ( I Need You Tonight) ZZ plays some power spacey blues that I guess it’s as close to a ZZ ballad as any. Well played and Billy, well played guitar as always! Love his sound!

CAN’T STOP ROCKING- Dusty takes over and this is 4/4 ZZ saying hey we can chillax with the Rough Boy but we ain’t staying quiet for too long….

PLANET OF WOMEN- oh yeah…one of my all time fav ZZ tunes! This song rips right out of the gate and Billy tells us he’s a nervous wreck that the girls are everywhere so check it out! Hahahaha….love it man. Super catchy chorus and wickedly good Gibbon’s solo!

I GOT THE MESSAGE- drums drums and more electronic drums Done ZZ Style….this song is pretty much saved by Billy Gibbon’s guitaring which punches in and punches out on this track! It’s pretty amazing listening back to this album after a lot of years that ZZ was firmly entrenched into 1985 musically. I mean man other bands at the time like Duran Duran were using the electronics, but when ZZ dialed up 1-800-ZZ-Drums they made it at least sound cool!

VELCRO FLY-ha…. Jesus was that Dusty playing the keyboard in the vid?

DIPPING LOW (IN THE LAP OF LUXURY)- pretty catchy harmony vocals in this tune and its a better track than Velcro Fly! Haha…Billy slaps,down some cool guitar and ZZ sees the finish line!

DELIRIOUS- Dusty rocks up with his second lead vocal….this song is pretty good for a ending tracks but ZZ falls thru the trap door with the robotic sounding vocal of Delirious! the vocal of the chorus reminds me of Styxs Mr Roboto…Hahahaha….but at least ZZ goes to the ends with a rocker of a track !

IN CONCLUSION: ZZ doesn’t want the payday to end and neither do we, so millions buy Afterburner.