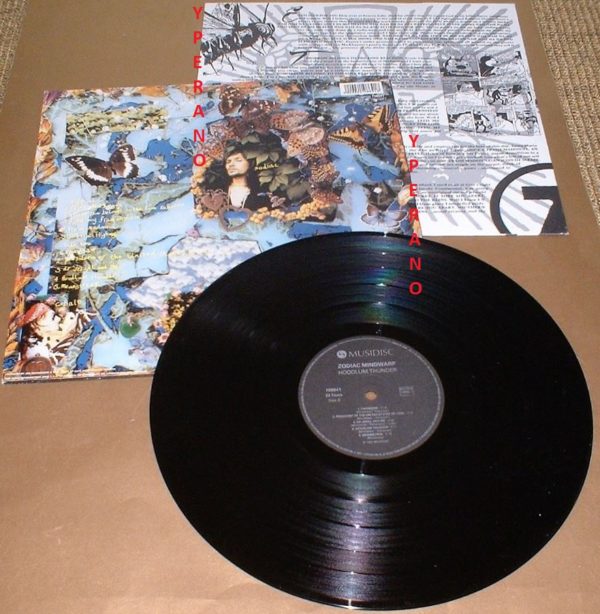 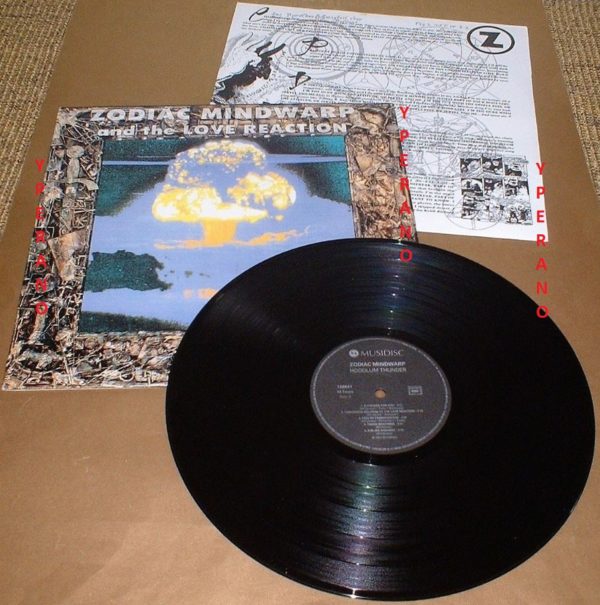 Zodiac Mindwarp and the Love Reaction play a sleazy style of commercial hard rock featuring big riffs and choruses, as was the trend in the bands heyday of the mid-to-late 80s and early 90s. The highly camp lyrics are intended as self-parody, and can be seen as either humorous by those who “get the joke”, or offensive by those who take them at face value, for their often lascivious and misogynist tone. Song titles like “Feed My Frankenstein”, “High Heeled Heaven” and “Trash Madonna” illustrate Mindwarp’s tongue-in-cheek approach. Lyrical content also exhibits a send up of cult worship, often of Zodiac Mindwarp’s self-proclaimed raging libido, with Mindwarp claiming the titles sex fuhrer, love dictator, and high priest of love. Songs such as “President of the United States of Love” and “Elvis Died for You” are similarly inclined. Although often overlooked, Mindwarp has written songs such as “Hoodlum Thunder”, from the album of the same name, that offer a scathing take on the then-current political actions of western powers, particularly commenting on war and imperialism.