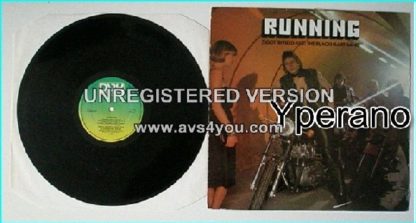 From a Salvation Army background, his parents being ministers in the Salvation Army, to the world of rock and roll bands (he started singing for rock bands in 1959), cabaret, Zigs career blossomed into one of our finest TV character actors, a fully fledged musical performer and a rock singer. His major roles in musicals such as Hair, Jesus Christ Superstar, Mother Earth and The Rocky Horror Show have employed him in the West End and on tours of the UK, Europe and Japan.
He has appeared in many films, including Who Dares Wins, The Wolves of Willoughby Chase, Slayground and Goldeneye, whilst his TV appearances are numerous.
Recognised as one of the classic villains on the small screen, he has featured in The Bill (on many occasions), Casualty, Minder, The Professionals, Chancer, The Manageress, One Foot in the Grave, Only Fools and Horses, The Knock, Waking The Dead, The Ghost Hunters and Holby City and Inspector Morse. One of his biggest roles was in Yesterdays Dreams, a six-part serial in which he starred with Paul Freeman and Judy Loe for Central TV.
He has released two albums, Running, which featured his own and Peter Perchards compositions and attracted excellent reviews and radio interest, and reached no.5 in the airplay charts, and Yesterdays Dreams, inspired by the television series and his love of the old rock n roll love songs.

When asked if Zig would change anything in his life he has been quoted as saying ‘no way, listen. When I was about 13 or 14 I discovered rock ‘n’ roll and girls’ wobbly bits, and I feel as though I’ve been at a party ever since’. 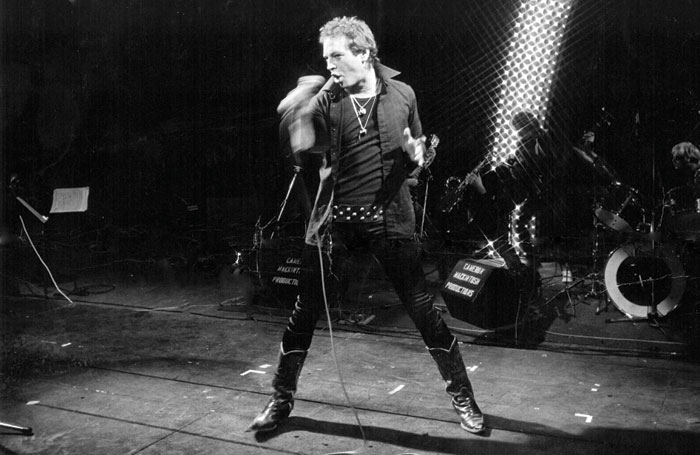 Trevor Byfield’s career was unusual in its division between his Ziggy Byfield persona – in which he was prominent in the fashion for rock musicals in the early 1970s – and his later focus on straight acting, for which he reverted to his given name.

Born in Redditch, Worcestershire, he spent his childhood playing in Salvation Army bands before venturing on to the club circuit as a “singing ’n’ gagging” guitarist, with The Stage approvingly comparing him to Des O’Connor.

In 1970, he joined the rock musical Hair, then entering its third year at the Shaftesbury Theatre, to play the hippie activist Berger.

Two years later he was seen in another rock musical, the short-lived Mother Earth, at the Roundhouse and in 1973 found himself in Richard O’Brien’s cult hit The Rocky Horror Picture Show, as Eddie and Dr Scott at the Classic Cinema, Chelsea. The following year he took over the role of Dr Frank N Furter (the “sweet transvestite from Transsexual, Transylvania”) reprising it in 1975 for a tour of Japan. He was also seen in the 1979 British touring revival.

As Ziggy Byfield and the Blackheart Band, he made an unsuccessful attempt at chart fame with an album in 1980, and with Peter Perchard co-wrote Virgin Warrior, a rock musical about Joan of Arc, for Epsom Playhouse in 1986.

Around the same time, he decided to concentrate on acting (having made his stage debut in Aladdin at Theatre Royal Stratford East in 1967) and was seen as Captain Hook in Epsom’s 1986 Christmas show, Peter Pan.

Notable appearances in a four-decade-long television career included the suitor caught in a menage a trois, Yesterday’s Dreams (1987), football drama The Manageress (1989-90), Paul Mendelson’s early 1990s’ comedy So Haunt Me and the Paula Milne thriller Thursday the 12th (2003).

In later years, he preferred to be known as Zig Byfield, appearing as such in Casualty, EastEnders, Lewis, New Tricks, Holby City, Doctors and a 2009 episode of Heartbeat. During the filming of Heartbeat, he was seriously injured while driving a tractor.

Trevor Mills “Zig” Byfield was born on 20 October 1943 and died on 11 October 2017. He was a British actor best known for his roles in Heartbeat, EastEnders, Casualty, The Bill, Holby City, Coronation Street, Family Affairs, Doctors, Only Fools and Horses, One Foot in the Grave, Birds of a Feather, The Professionals, Minder, Spooks, Lovejoy, So Haunt Me and New Tricks. He died at 73 years old.

Be the first to review “Ziggy BYFIELD AND THE BLACKHEART BAND: Running LP” Cancel reply 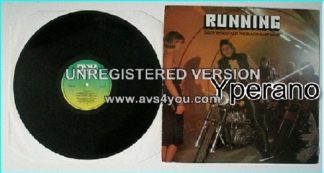 You're viewing: Ziggy BYFIELD AND THE BLACKHEART BAND: Running LP £3.80
Add to basket