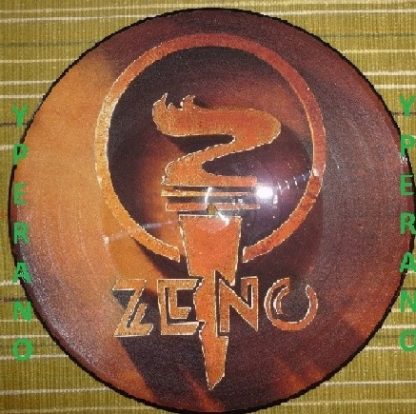 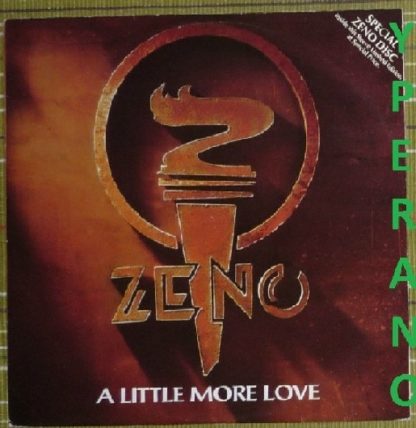 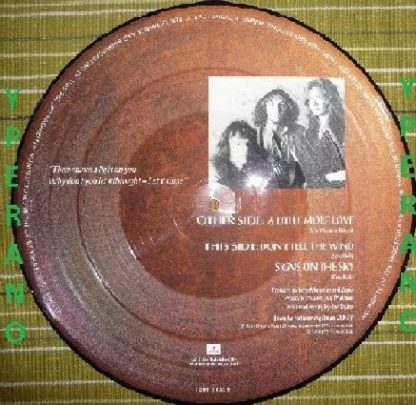 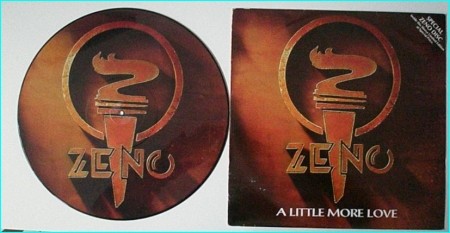 ZENO: A Little More Love 12″ PICTURE DISC. Zen Roth on guitars brother of Uli Roth (ex Scorpions) one of the most talented guitarists ever﻿. Check VIDEO

Zeno recalls: “” The music became more melodic, with stronger vocal parts than anything we had done before. Instead of just two guitars, we added keyboard parts and background harmonies. It started to sound like what we were striving for.””
The complete line-up of ZENO was formed when Michael Flexig joined as a lead singer. On the basis of superb demo tracks, ZENO were awarded one of the largest recording contracts for a new band in rock history.

The origin of the name “”Zeno”” stems from a Greek philosopher, “”Zeno of Citium (Cyprus)”” who founded the philosophy called Stoicism. Zeno (Zenon) philosophical system included logic and theory of knowledge, physics, and ethicsâ”the latter being central. He held that happiness lays in living in accordance with the laws of Nature and Divine Reason, which governs the universe.
A deep thinker, Zeno Roth, as a successor of such a Greek philosophical mind, is gifted with writing as well as making music. After the first album Zeno had been released in 1986 he went more into the writing field, as the music business at that time was not very advantageous to melodious rock.”

Be the first to review “ZENO: A Little More Love 12″ PICTURE DISC. Zen Roth on guitars brother of Uli Roth (ex Scorpions) one of the most talented guitarists ever﻿. Check VIDEO” Cancel reply

You're viewing: ZENO: A Little More Love 12″ PICTURE DISC. Zen Roth on guitars brother of Uli Roth (ex Scorpions) one of the most talented guitarists ever﻿. Check VIDEO € 6.00
Add to basket