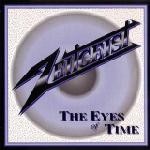 Zeitgeist are a progmetal/rock band from California. The songs were recorded in 1993 and 1994. The performances are good. They do a couple of nice instrumental breaks in their songs, with some good guitar solos, and a fair amount of changing tempos and feels. Their overall sound is a late 80s progmetal sound, mixed with some ‘classic rock’ influences (such as Boston or the Doobie Brothers). The last three tracks here are from their 1993 demo, and are more metallic, while the five newer tracks feature more of the classic rock influence. As you might have guessed, I prefer the older tracks, although my favorite track (“The Firing Line”) is one of the newer ones… They show some potential.