View basket “Yngwie Malmsteen: The Seventh Sign CD. Original on Music For Nations. Check full audio” has been added to your basket. 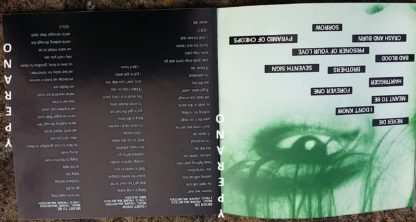 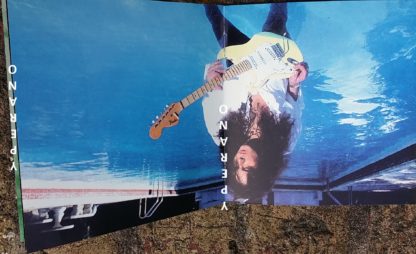 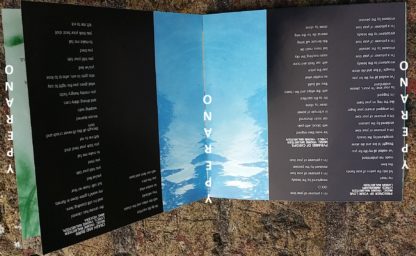 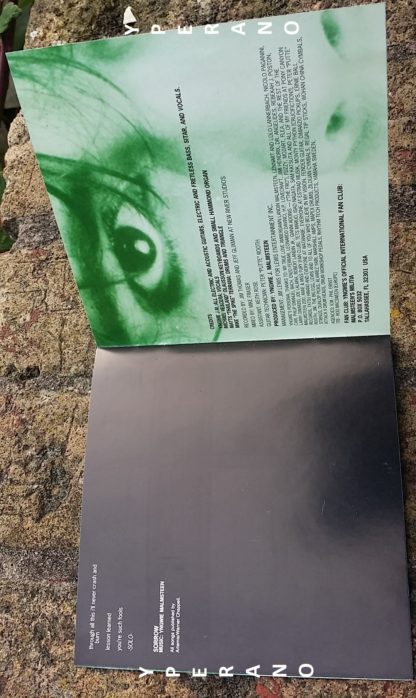 5.0 out of 5 stars Hail The Maestro!!,
Yngwie is back! And better than ever! The power and vibrancy of this CD are awesome! It is in-your-face metal with Yngwie playing at the speed of light! Yet it still manages to be heart-felt and melodic. This CD has definitely become one of my favorites. While I like pretty much all of the songs on the CD, I think that “Forever One” and “I Don’t Know” are 2 of my favorites. “Forever One” is a great ballad with a lot of heart and has got to be one of the prettiest songs I’ve ever heard. I love the combination of the softer, more melodic acoustic guitar parts with the more intense sound of the electric guitar in other parts of the song. On the other end of the spectrum, “I Don’t Know” is one that really gets you movin’ and puts a smile on your face. While it has a totally different feel to it, I really love the guitar work in that one as well! “Bad Blood” is another one that really shines! The only song that I really didn’t like all that much was “Pyramid of Cheops”. I don’t hate it, but it just didn’t appeal to me as much as the other songs on the CD. I generally find myself skipping past that tune. But the rest of the CD is on fire! It was a great comeback after the disappointing previous release “Fire And Ice”. Yngwie truly shines on this CD! I’ve heard it said over and over again that Yngwie plays without heart or emotion and while I have never been able to understand how that could be said about him, I think that this CD depicts more accurately than any other how Yngwie very competently combines his passion for playing with his phenomenal talent. This is definitely a collection of songs that everyone could enjoy, whether your an avid fan of the Maestro or not.

5.0 out of 5 stars Good Solid Effort Surprisingly Enjoyable,
I have started listening to Yngwie late in the 80s. I was impressed more by the instrumentals than anything else. The “Rising Force” album was my favorite. I thought tracks like “Black Star”, “Far Beyond The Sun”, “Evil Eye”, “Icarus Dream Suite”, “Little Savage”, and even “Trilogy Suite”. I wasn’t really impressed with Yngwies songwriting skills. Most of the lyrics were either the usual death metal drivel or its the obligatory love song drivel. Little by little it became apparent that Yngwie didn’t intend to make a career out of instrumentals, although he is quite good at them. This meant having to hear the drivel just to get to the guitar and after a while you get used to it.  While I can say that Yngwie doesn’t break any new ground herein this is still a solid album.
Tune by tune –

Never Die – uptempo tune where the title is the refrain – sounds a little like Deep Purple – Rainbow or Alcatrazz.

I Don’t Know
(not the Ozzy tune)has a Hendrix – like wah-wah riff. It seems that Yngwie does this once in a while to remind us that he listens to Jimi Hendrix (not a put down)but I noticed that about once per album we have a tune with a Hendrix style riff played through wah-wah pedal.

Meant To Be – The vocals sung in unison with the guitar is about all that stands out about this tune.

Hairtrigger – another uptempo tune where the title is the refrain – sounds a little like Deep Purple – Rainbow or Alcatrazz.

The Seventh Sign – uses the slow classical acoustic intro and then switches gears – another slow section precedes the guitar solo which contains many of the Yngwies trademarks – sweep arpeggios and harmonic minor scales – “the blind leading the blind – no one sees the Seventh Sign”. This is of course my favorite song on this album.

Prisoner of Your Love – Another love song probably intended the wife again. Despite the triteness of the lyrics Yngiwe actually manage to turn this into a listenable ballad – nice harmony vocals, synth orchestration and of course a trademark Yngwie solo make this track a surprisingly not as stale as the title might suggest.

Pyramid of Cheops – Eastern sitar intro (think Gates of Babylon) then breaks into a slow Metallica style death metal riff with synth “oohs” and “aahs” in the background. Pyramids and ancient runes come to mind. Yngwie plays a nice well-paced solo over this riff which smoulders and snakes along and then finally reprises the sitar adding a sinister sound that Metallica would envy in their better days anyway.

Crash and Burn – Begins with the baroque sounding keys and guitar and breaks into an uptempo bit of death metal. The title is the chorus. All the trademarks are here. In case you’re wondering thats not a putdown either. I expect Yngwie to sound like Yngwie and Van Halen to use his trademarks and so on. Yngiwe doesn’t sell out or try anything radically different. Even the love songs start to grow on you after a while. After all his wife is a beauty.

Sorrow – Unaccompanied two guitar instrumental closes out the album as if to reassure us that after all the death and destruction is over everything is still ok. Yngwie frequently closes his albums with instrumental of this type.

Overall – can’t complain – this is a job well done – no hits came from this – but it is still comforting to know that Yngwie still isn’t trying to get on MTV or anything. Guitarists will probably be pleased as he covers the gamut from death metal to Hendrix mickry to classical gas (pun intended). Its a good album and its sort of what you’d expect – more of the same but a little bit different.
I like this because it’ll always remind me of the first time I saw Yngwie. You know what to expect here. He is consistent if nothing else and these days its nice to know you can still trust someone.

5.0 out of 5 stars Just great,
I think this album is great. The solos are fantastic! NEVER DIE

YNGWIE did not crash and burn thank God for that!